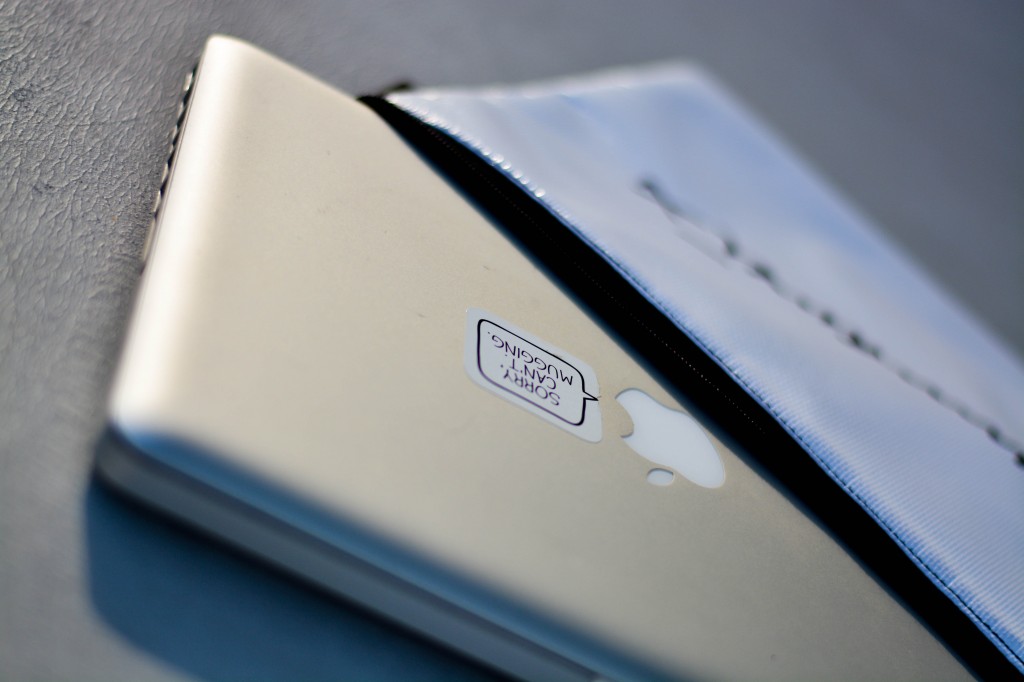 I find that of late I have been using the phrase Can you Please with increasing frequency, ie. Can you please have a bit more common sense / Can you please stop stealing my blueberries / Can you please.. stop jumping on the bed. Mostly used in conjunction with exasperation and my sisters. Recently though, I got to experience a bit of what it feels like to be on the receiving end of the Can You Please.

Over the weekend, I dropped by the NSCS x Ogilvy Cybershock exhibition going on at Suntec City – it’s basically this giant Lego City built from over 160,000 lego bricks, which is quite trippy if you think about it. It’s part of the Lets Stand Together SG campaign on educating the public re: national security, so besides the kids in the general vicinity going absolutely batshit over the lego bricks, you could actually control bits of the city by playing some games on these computer terminals around the area. It was actually quite hilarious because everytime you answered something wrong, the entire bit of that city you’re controlling turns red (did i mention these lego bricks light up???) and hackers basically take over your city and you have failed as a citizen and everyone around you gives you these ridiculously disappointed looks. Okay, just me. For fun.

You can play the Cybershock game here. 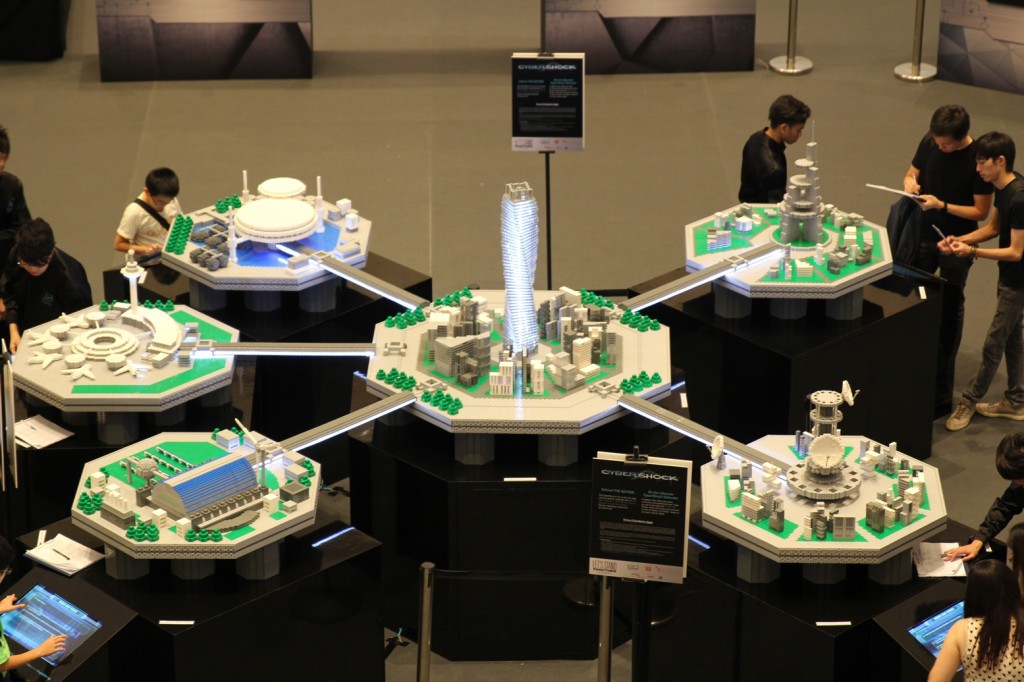 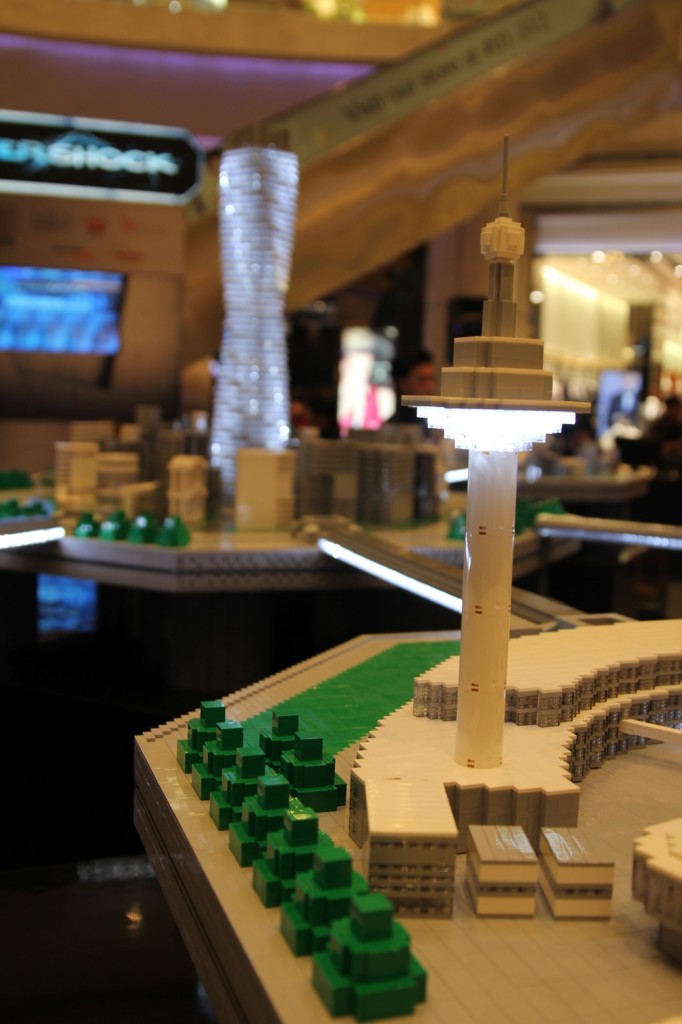 Images from DK’s blog because my camera ran out of battery and all I have are these shitty iphone pictures. Damn you, iOS7! (Ok now im just doing it anytime i can)

Anyway, I got asked all these questions which basically made me very ashamed of myself.. I’ve known these girls from the Ogilvy PR team for quite awhile now, the longest being Sam – I first worked with her back when I was eighteen over this C3A project where I did a semi-fictional piece pretending to be an old woman and going to a bar. I had to wear this age suit simulator thing. It was all very terrifying and also gives you an idea of what they like putting me through.

When I got to the exhibition, Sam got pretty excited bringing me around and showing me all the lego bits and explaining how it works. You can win an iPad and/or USD2000 from playing the games, so there were all these grown men hanging around the terminals gunning for the 2000 bucks.. well, no judgement, cos I totally would too. Consolation prizes included premium versions of firewalls in keeping with the theme, so Sam casually asked what anivirus software I was currently using.

Me: I dont use firewall.
Sam: (incredulously) why?!
Me: Um. (getting a bit uncomfortable) I’m on a Macbook.. they dont get viruses.

And I was met by this look of horror and like, general disappointment, and I felt so ashamed of myself. NOW I KNOW HOW THE CAN YOU PLEASE FEELS. Her entire expression basically said Can you Please tell me you’re joking. Lol. Obviously I have a bit of a penchant for drama.

I think I’ve just been incredibly lucky when it comes to viruses because I’ve not done anything about firewalling my mac and it still works fine. I hope I havent just issued an open invitation for hackers to come attack my mac or anything by declaring this on the internet. But the more I thought about it, the more I realized that it’s true- as someone who chronically details bits of her life on the blog and internet in general, getting hacked is essentially my worst nightmare. I mean, what would I do if I couldn’t tell the internet about what I’m eating for lunch EVERY. SINGLE. DAY? I think I would spontaneously combust. And yet I don’t do anything like changing my passwords regularly or clearing my internet browser history or anything like that.. though I’m going to change it after this post, so don’t get any funny ideas.

Can you imagine, though, a whole street of teenagers having their instagram and tumblr and facebook accounts hacked? They’d just be coming outdoors and blinking confusedly at the sun, feeling lost because they cant tweet about the catastrophe that is telecommunication outage. Omg typing that sentence out I just started feeling a little depressed for our generation.

Anyway, in line with the whole national security theme (yes, telecommunications is part of national security so if your facebook account gets hacked or something it’s technically our national security being compromised on an individual level), the Ogilvy girls have since challenged me to The Black-out Project: A 24-hour experiment on what it feels like living hacked. This basically means I have to go one day without telecommunications to experience what it’d be like if our nation’s telecoms were hacked – it means no phones, no social media, no internet, and no freaking ATMS because technically the ATM computers connect to each other through online networks so if we’re hacked it goes down, which means if I run out of cash during the 24 hours, I’m screwed. The other options besides telcom-hacking were power/ water/ transport/ financial, but i didn’t want to go for those because it 1. means I won’t get to shower for 24 hours or something and then I’ll stink and 2. if im doing the transport-hacked challenge it means I’ll have to walk everywhere and we all know between my heels and I that shit is just not going to happen.

Of course, with all challenges, you can say no, but I didn’t want them to think I was a loser so I said yes. I’m already regretting it.

Ah well. Cameras technically don’t connect to any online stuff so I guess I’ll be photo-documenting it as usual. Get ready for a post with a million selfies soon, because, without internet access, what the hell else am I supposed to do?