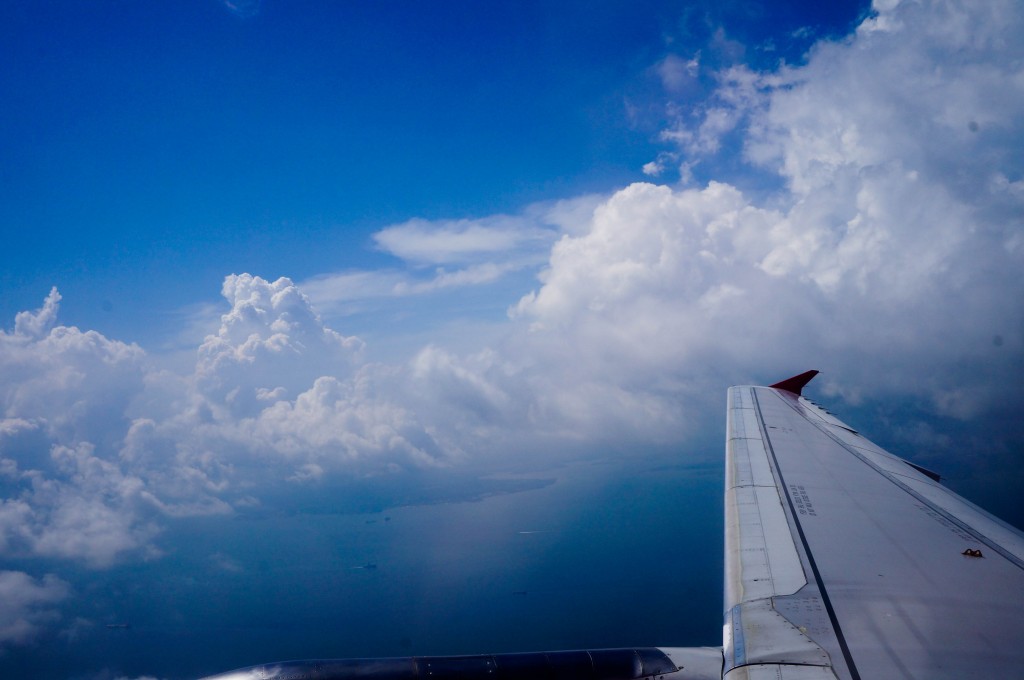 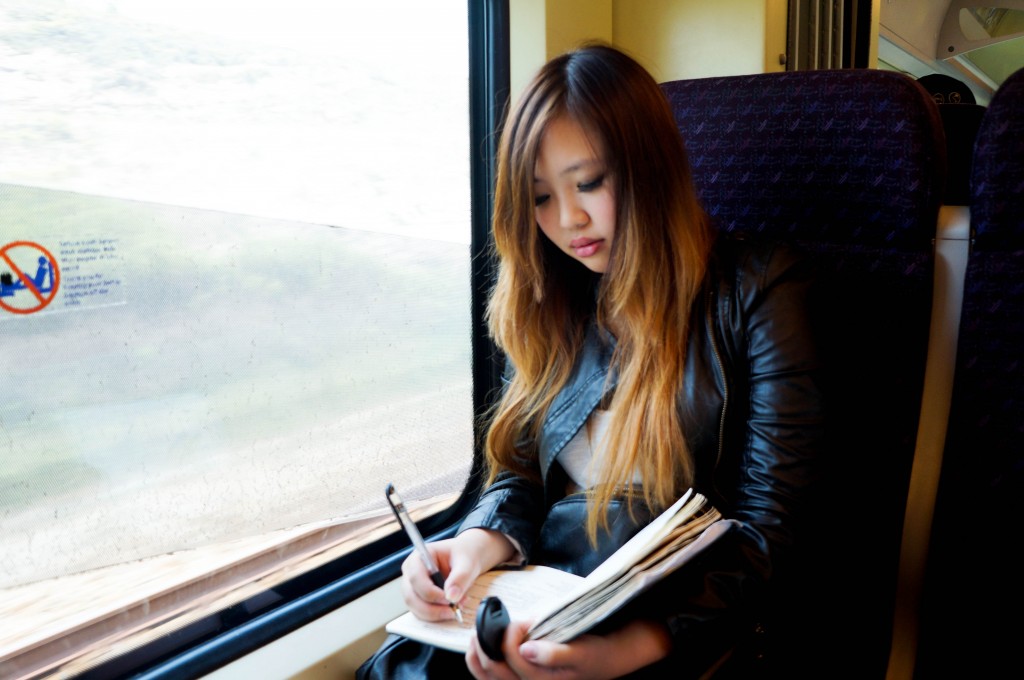 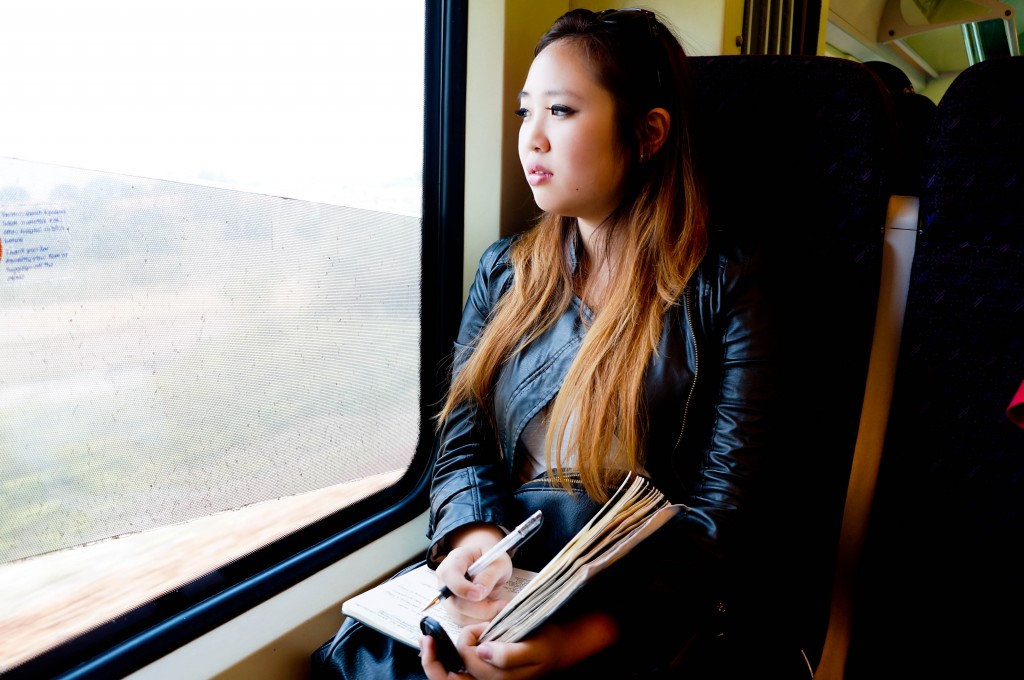 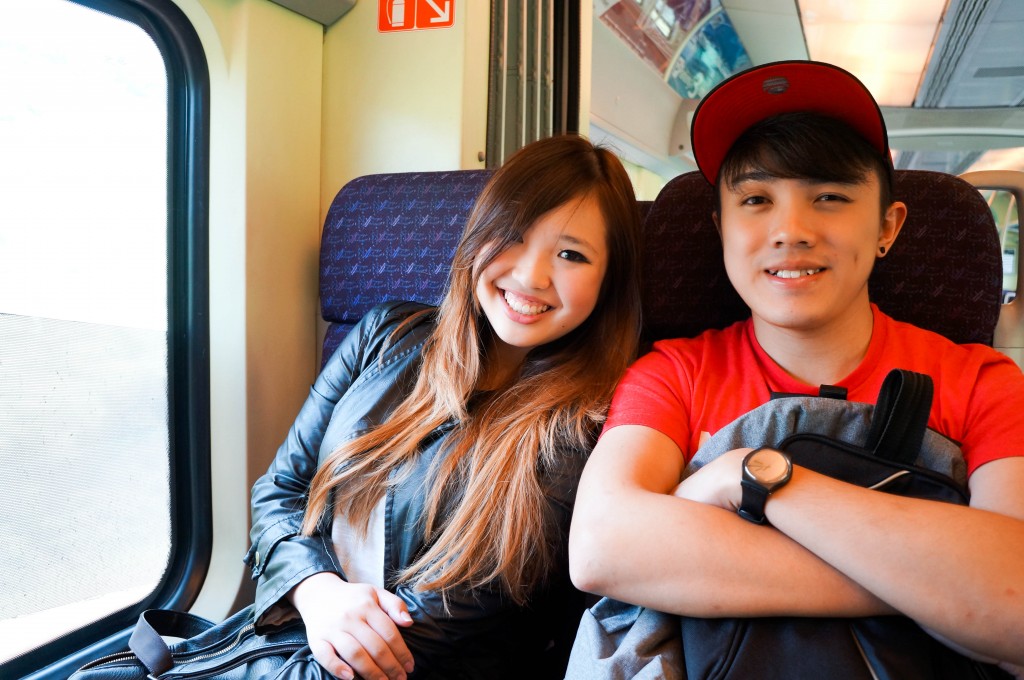 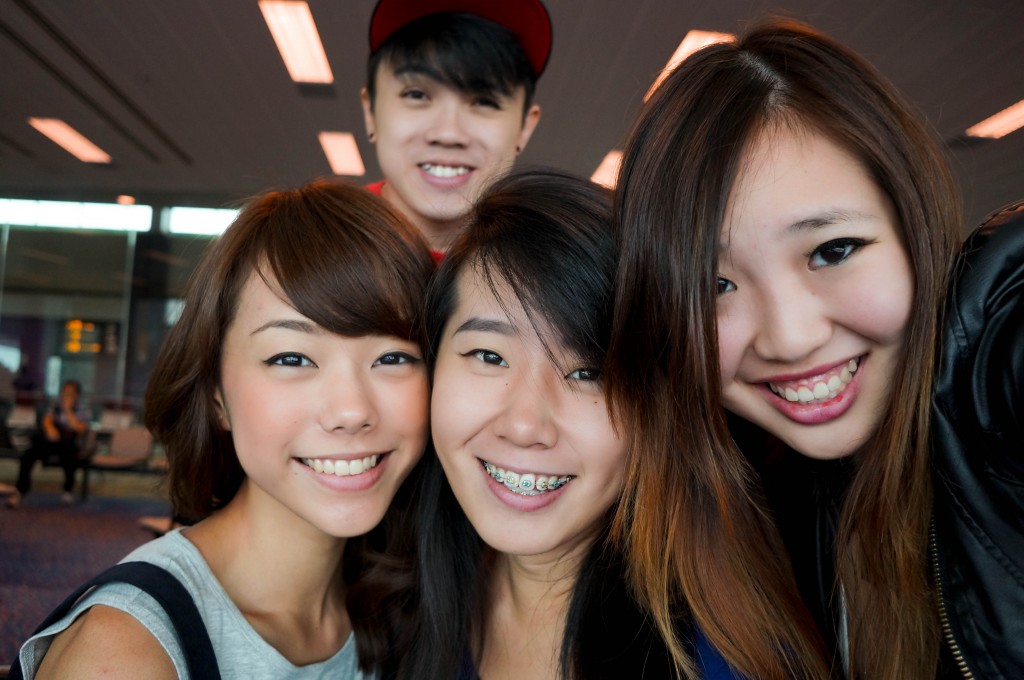 I’m typing this in the dead of the night, tapping away quietly at my backlit keyboard as the rest are gently sleeping in the corner. Hi from the KLCC Impiana you guys- originally i had planned to spend my recess week banging out essays on my macbook but Drea and Cinch sprung this short getaway on Han and I as a birthday surprise present so here I am, banging out essays in much preferable five star comfort.

A lot of firsts here- first time on a flight to KL, first time taking one of those lightning fast trains, first time discovering the wonder that is sushi tei overseas.. I’m not even kidding. Come lunchtime i finally understood why they decided to bring me to KL. The sushi tei prices here are the same as in singapore, except in Ringgit, which essentially means it’s all SIXTY PERCENT OFF. We got a little too excited: 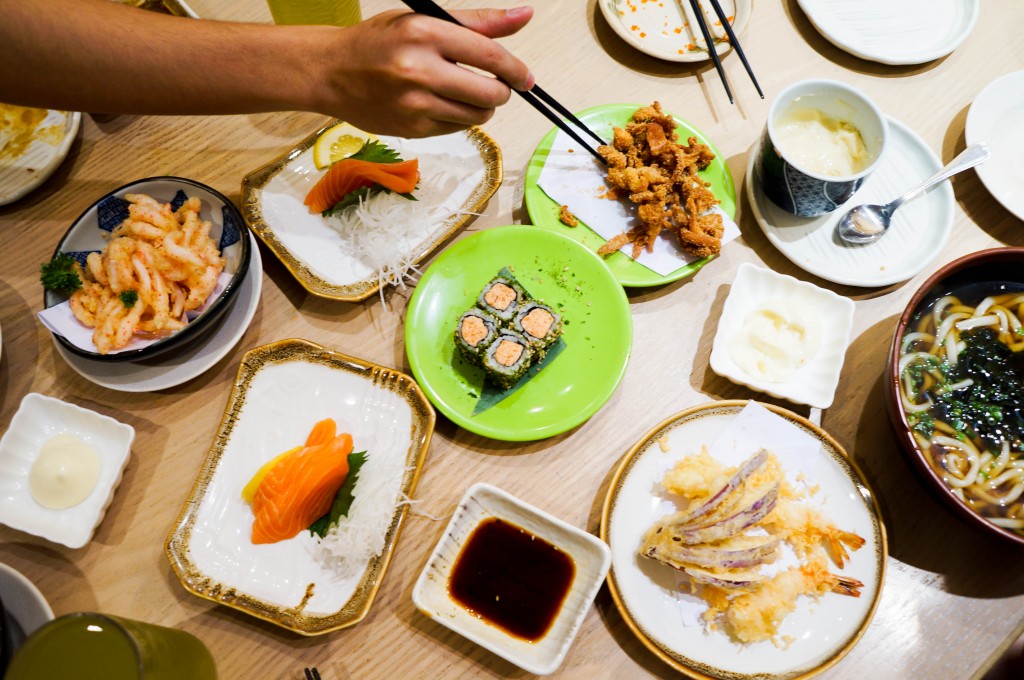 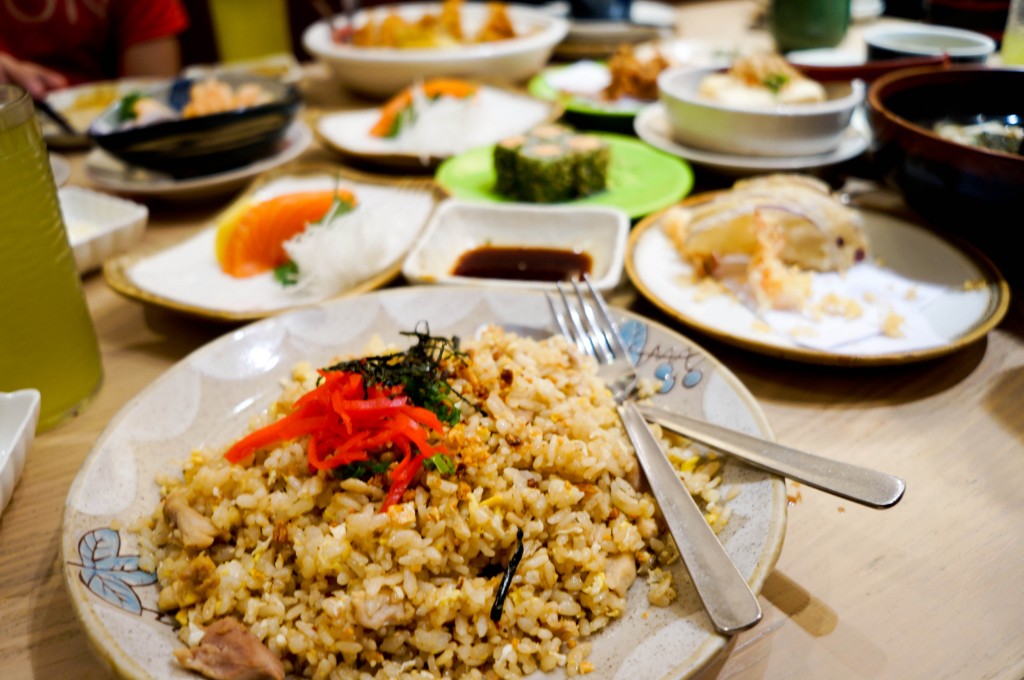 Never ever have i ever tried so many things on the sushi tei menu. You should have seen the judgemental looks we were getting. If gluttony is one of the seven sins let us all go in willingly to repent. It was amazing.

We also overestimated ourselves. This was us getting all excited as the food arrived, so excited at it all: 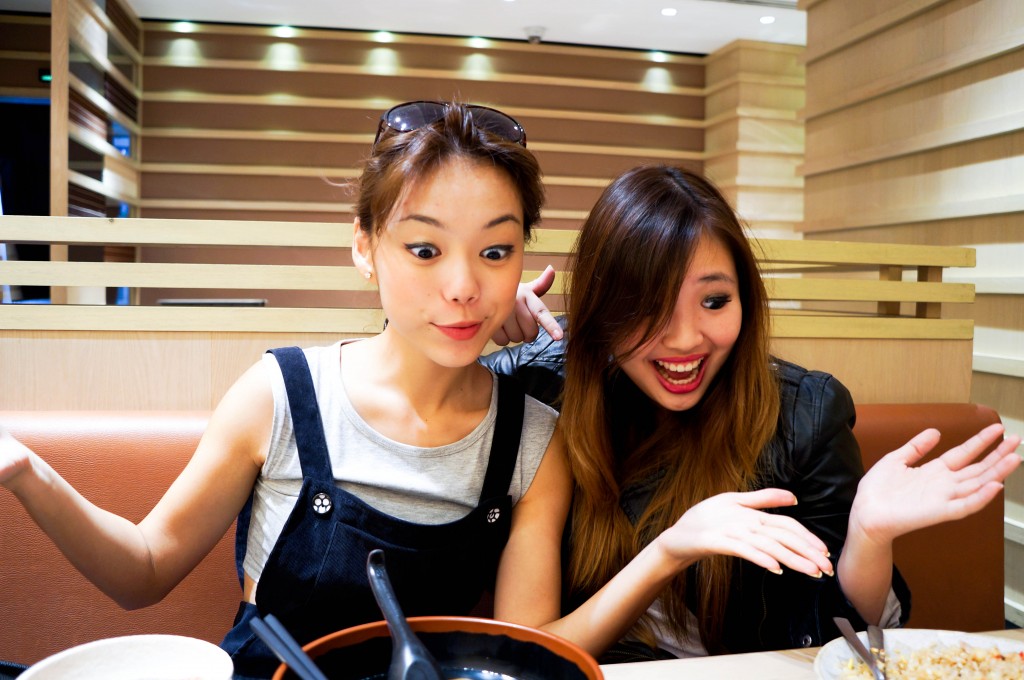 And this was us halfway into the meal: 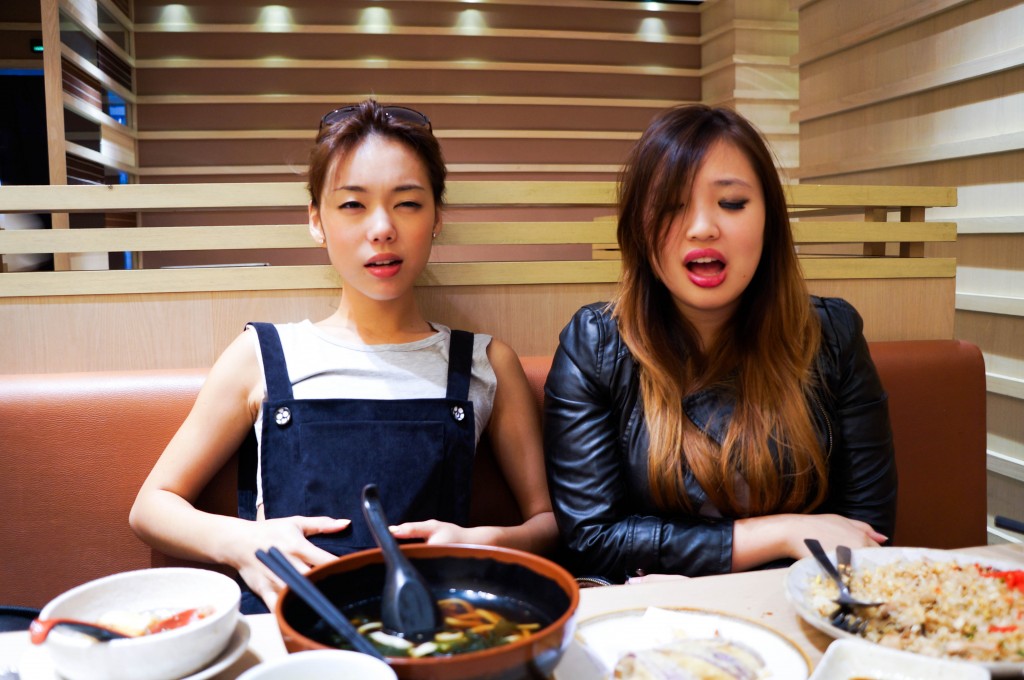 Definitely coming back if I’m ever in need of a short getaway again, maybe over the weekend. Makes so much sense to be here for only a couple of days if all you’re after is a relaxed jaunt, it’s near enough to home such that you dont feel pressured to stay for four or more days like with Bangkok or Hongkong. I don’t know why i’ve never done this before.

Sitting cross legged against the huge glass windows and staring out at the city lights of Kuala Lumpur at night, it’s hard not to be a pretentious little prick and romanticize the entire situation. In any case I’ve been thinking lately that I’ve been relatively happier in general recently for no particular reason (except when dealing with iOS 7 issues) and it is a precious feeling to have. It’s irrational because I’ve reached the stage where i’m just hysterically giggling at the thought of the mounting number of assignments due in the following weeks so really i should be a sobbing wreck of a mess, but I’m just happily grinning at the ridiculous idea of sashimi and spontaneous trips. I feel the tiniest bit as if I’ve been sharing less and less of my personal feelings on this space which i suppose is natural as things in general progress and I’m talking less to myself and imaginary friends as i am to an invisible audience, but i thought about it and no matter what comes i suppose it’ll never detract from the original sentiment that planted this blog, which is an intense desire to write.

Getting all long winded and etcetera but what I really meant to express was pleasure at my overall uplift in mood of late. I sat down one day and thought about myself exactly a year back and found myself in possession of the thought wow. A year (and more) ago I was incredibly paranoid at the smallest things and I was generally so far wrung on the stress ladder regarding work and school and whatnots that I was just so deeply unhappy without being able to pinpoint exactly why. It’s such an unhealthy combination when you’re still at that stage trying to figure out when and why and where you’re going and who you are (thought we’d dealt with that all in secondary school but i guess it’s continual) and while I’m not saying i am there yet I do believe that in part due to the positively amazing people surrounding me and in part due to wiser choices in ipod playlists, i couldn’t ask for more.

I said i wouldnt get all mushy and long winded but bam i guess i did. Sorry for the emotional vomit you guys. It must be the midnight talking. Anyway, from Daniel Bailey’s Drunk Sonnets which i am currently reading:

Which sounds about right.