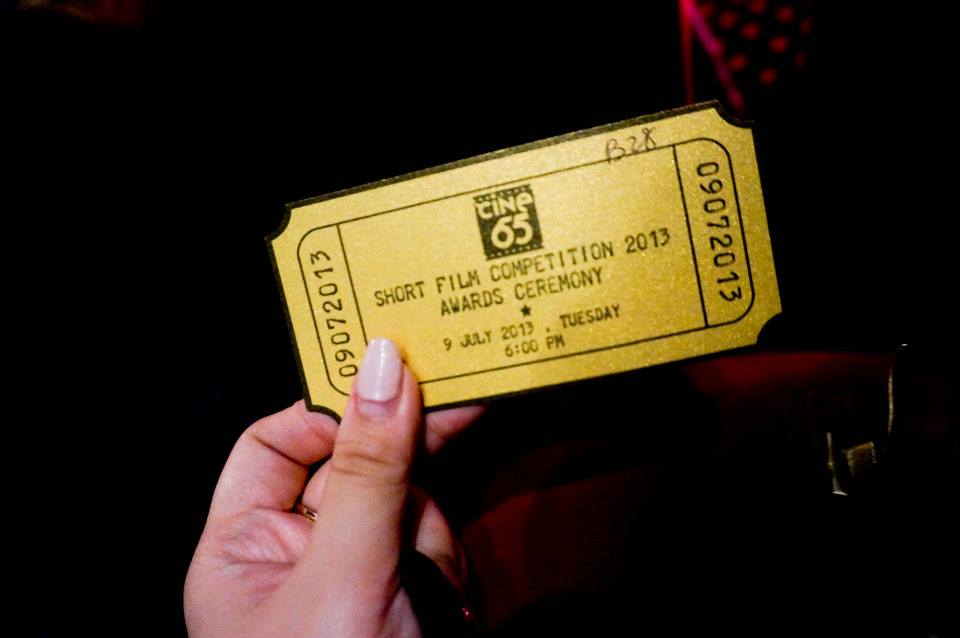 Last night was one of those rare nights I turn up somewhere in flats and predictably spend the rest of the night regretting the decision. Remember the Cine65 film competition I mentioned a couple of posts back? (You’d better, it wasnt that long ago) I was invited to attend the awards show last night as one of their 2013 partner bloggers, and given how my memories of award ceremonies typically revolve around plastic chairs and a school-based stage, I turned up in a blazer and flats combination. Turns out it was one of the grandest award shows I’ve attended (discounting the social star awards because that one had jessica alba and c’mon, that’s just not fair). Totally one of those should have worn heels moments. 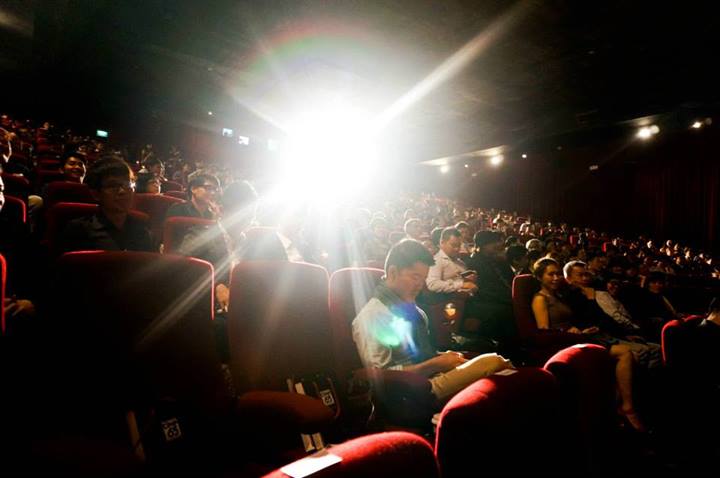 Am I just being stupid or..? It’s just never occurred to me that the theater would be the perfect place to hold an awards show, what with their pre-installed plush red chairs and huge screens. So glamorous. I spent the evening basking off the reflected glow of all these aspiring filmmakers and their hopeful, excited buzz. Did you guys watch the films I posted in the previous Cine65 related post? I sure hope so. Regardless, here are the results: 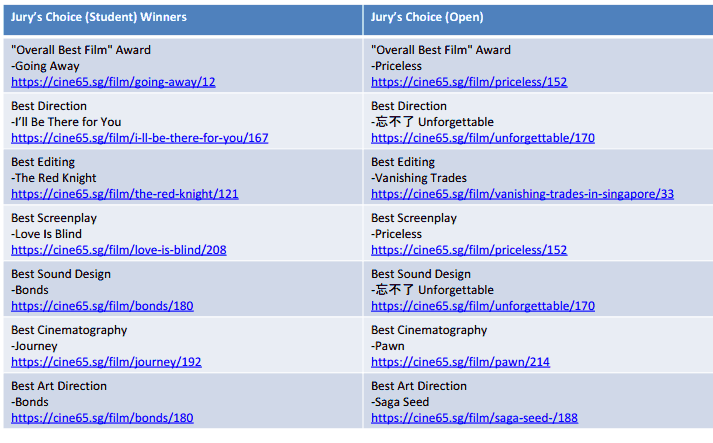 Beyond that, Temasek Polytechnic won the interschool challenge, with the highest number of quality entries. Even though I was silently (or not so silently) rooting for my own NTU to win, I think everyone kind of expected TP to win. They were just that good. Huge round of congrats to them. 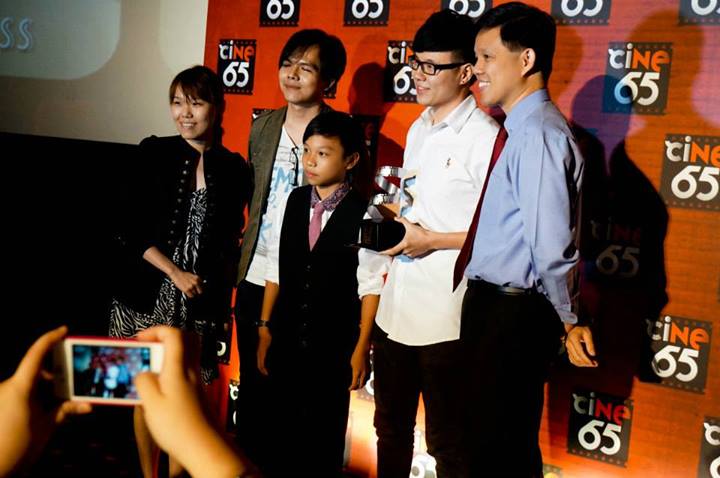 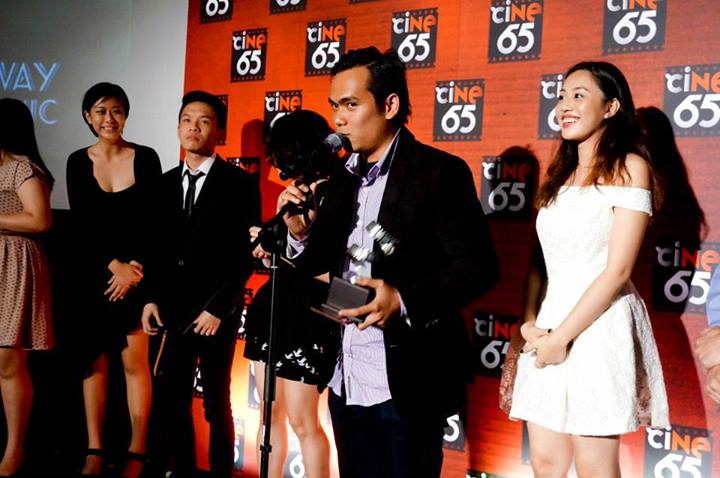 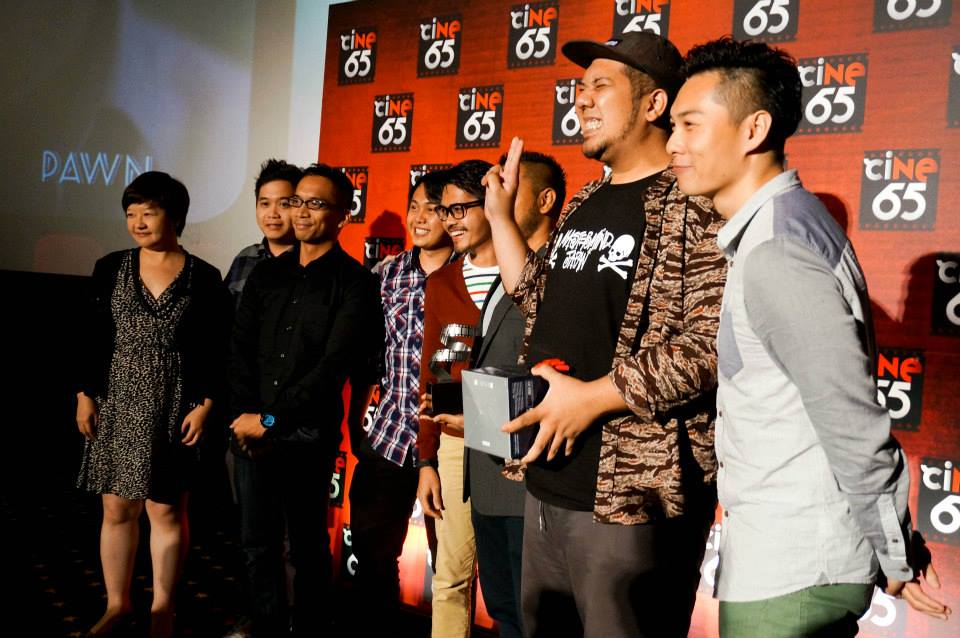 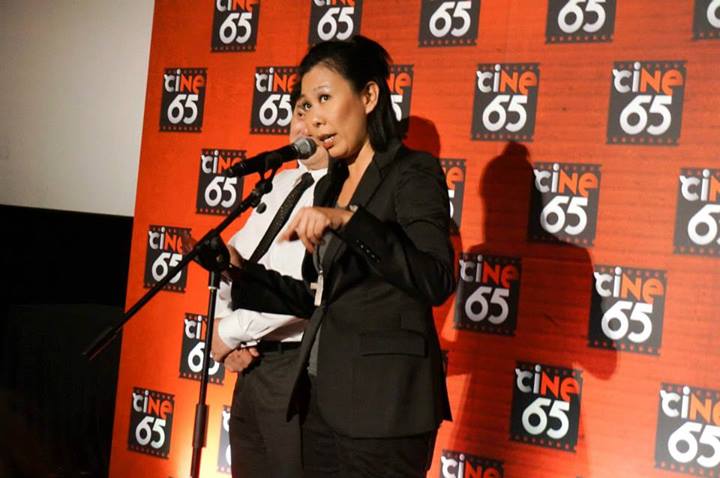 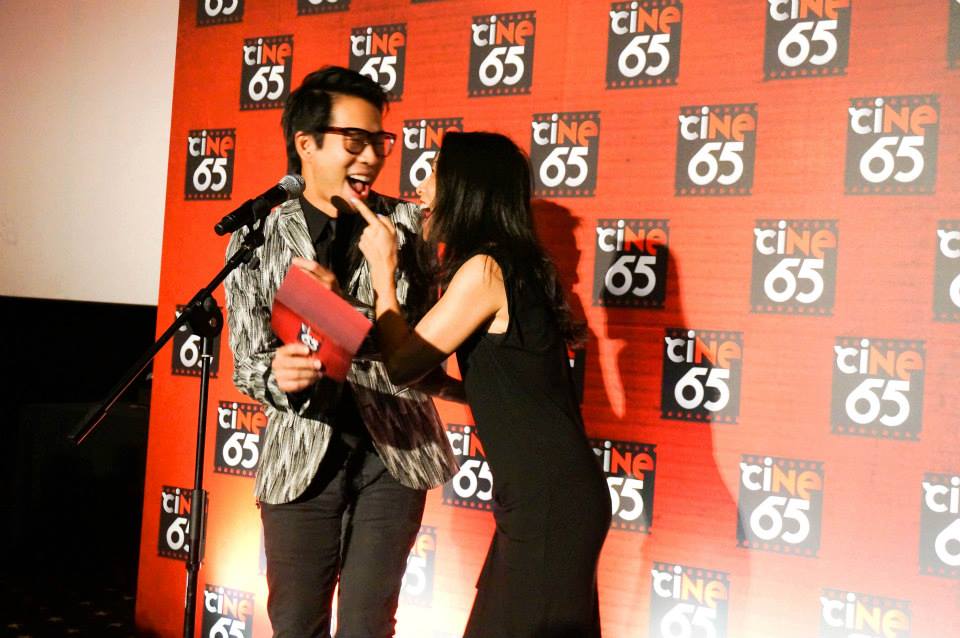 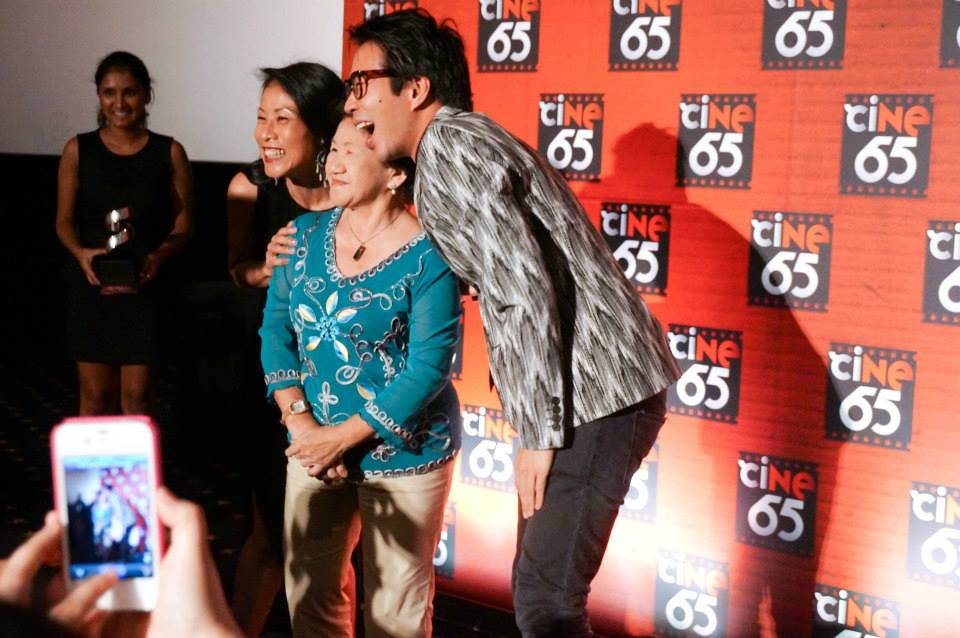 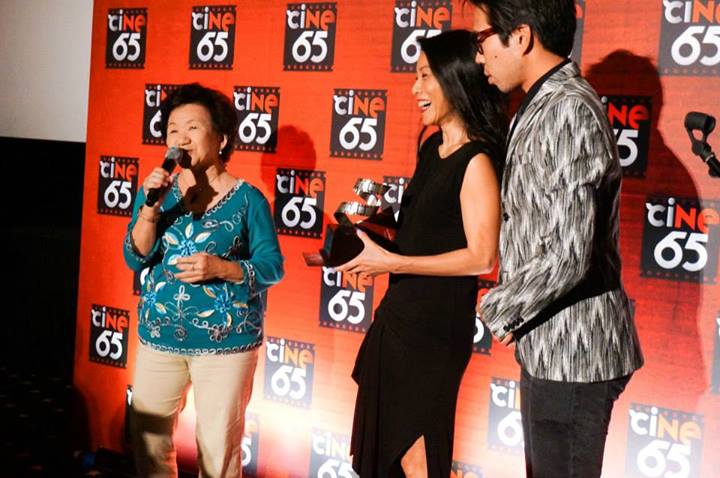 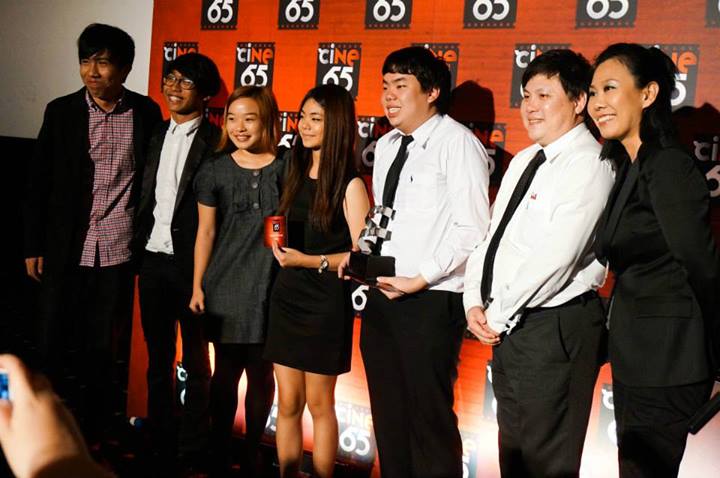 Other obvious wins include Priceless, the film that made a lot of singaporeans cry.

Cute boy, but he looked so shy when onstage receiving the award. This was hugely popular though, I think there might have been a riot if it didn’t win. Standing ovation and all.

Which had a bit of a twist to it, watch it if you want to know what I’m talking about. I thought it was slightly katy perry, in a good way. The entire team was basically squealing in excitement when they came down to receive their award, it was heartening.

Talking to Irene, Kheng Hua and En Lai (FLY Entertainment) after the show, the general sentiment was that this year’s entries were impressively higher quality overall- you could tell a lot of heart and soul went into this. Apparently the number of entries more than doubled from the previous cycle of Cine65 as well. The bit I was more interested in, though, was if this would translate to a higher interest in support for arts students overall- currently the number of scholarships available for film and art students as compared to, say, business or engine students is kind of dismal. Kheng Hua seemed hopeful for it, and I really hope that translates.

I also managed to spend a bit of time with the best actress winner: Ai Keow 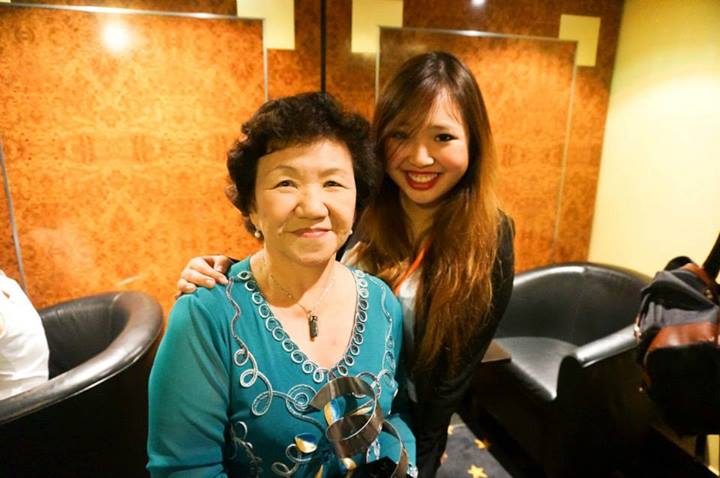 And if you think she looks familiar, it’s because she’s acted in several movies and tv serials. She’s so adorable in real life. Inspiring, too- she’s 73 this year and only started out acting five years ago. So cliche but proves you’re just never too old to start. She kind of also gave me her number and asked me to call her. Well.

Anyway! I’m also doing a small giveaway c/o CiNE65. There are a whole bunch of great movies in theaters now and coming to theaters (Despicable me, represent!) so I’m just gonna be giving away five pairs of Golden Village movie tickets, one to each winner. All you have to do:

and I’ll pick five winners at the end of July. Incredibly easy, and you get to watch a free movie with a friend or, yknw, your ah ma. Whichever rocks your boat.

Alright, that’s it. Thanks for the invitation, CiNE65 x Nexus x VML Qais, and another huge round of congratulations to all winners 🙂