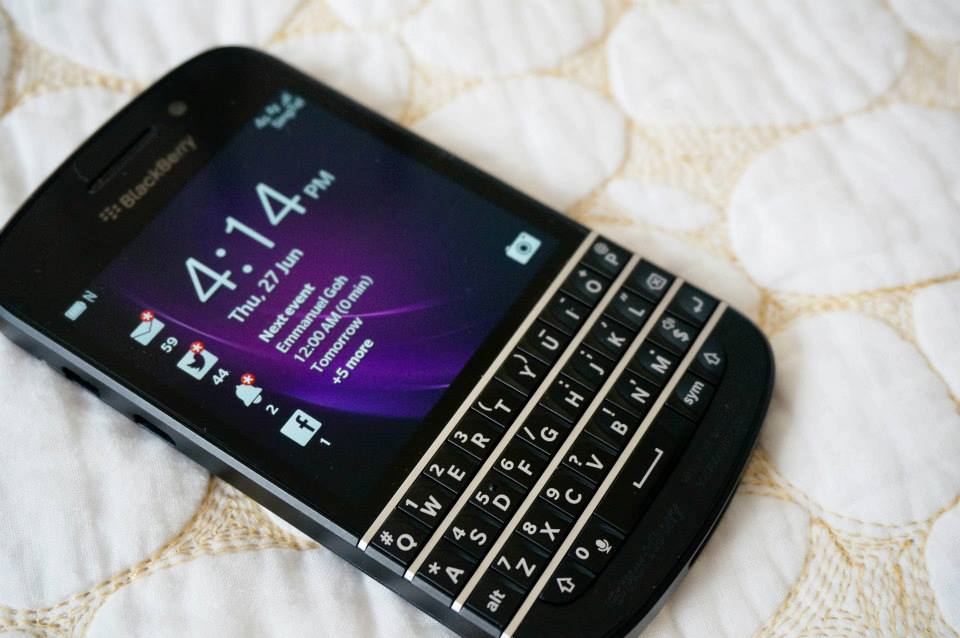 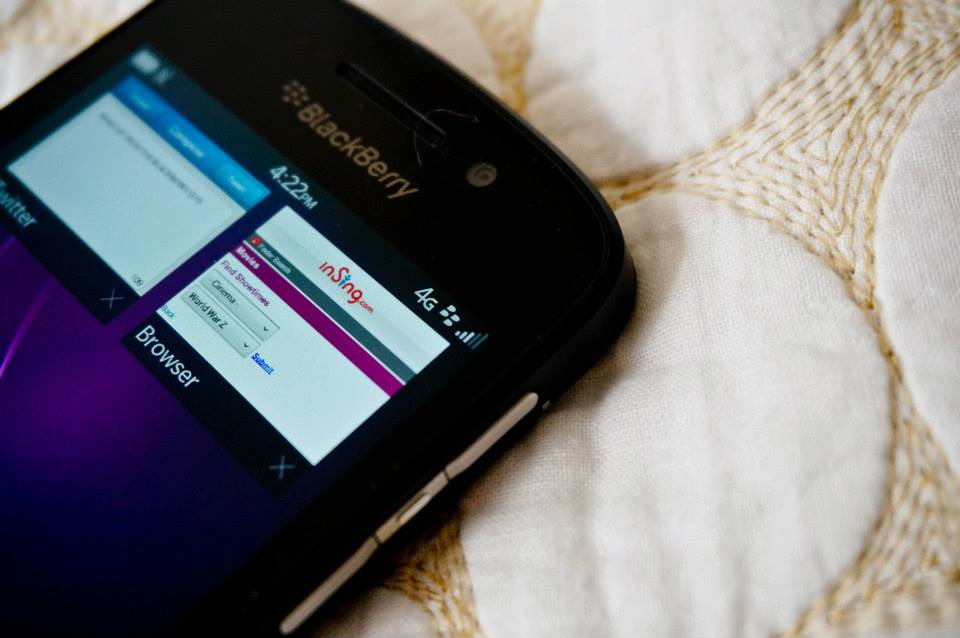 Okay, so I might be a little biased. I’ve been a fan of the blackberry forever, and I’ve been incredibly excited about the new Blackberry Q10 ever since attending their media launch back in May. Something about buttons… but I’ve said that a million times. I partnered up with Singtel x Ogilvy recently to review a series of their 4G devices- remember the (also) incredibly sexy HTC One? They passed me the Blackberry Q10 a couple of weeks ago and it’s running on BB10, a completely different OS from what I’m used to, but once you get used to it it’s a dream! Eliciting oohs and aahs from everyone who’s seen it.. and I’m not just saying that. Android and iPhone users too, not just diehard blackberry fans like me. It’s great because otherwise I’d have to wait till my recontract in October to get my paws on this, or pay an extra 200 for breaking contract, and strictly speaking i dont need it.. I just want it. Anyway. 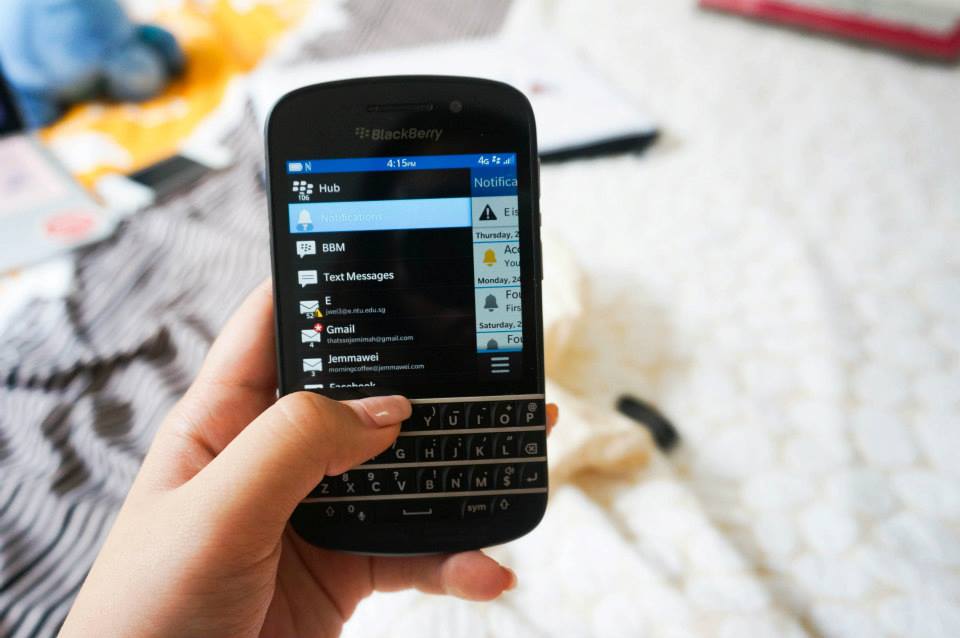 I know I’m not supposed to be raving about the damn buttons because I’ve gone on and on about them forever.. but let me just get this out of my system first. They’ve redesigned the buttons so they’re all the same size- the previous blackberries keypad curve meant some buttons were a bit smaller than the others. Old BB users will know what I mean. This is ergonomically friendly x 10 and much, much easier to type on, not that I’d have thought it was even possible. The keypad is also slightly bevelled, which makes typing a whole lot easier than on any touchscreen phone. Truluv.

The entire q10 operates on swiping motion- swipe up to multitask, swipe right and left to access email and menus. Very, very intuitive, but takes a bit of getting used to. The thing I’ve always loved most about the blackberry: push email, which yes, most phones have today, but it’s so seamlessly integrated with the blackberry which is perfect for email addicts like me. I dont know if it’s just me, but I’ve never been able to sync my personalized domain mail (morningcoffee@jemmawei.com) to any phone other than the blackberry, so that’s perfect too. I’m on 4G here, so if i’ve been replying emails much more efficiently over the past couple of weeks.. you know why.

For some reason I also find that I don’t lose my data coverage in highly congested areas like trains and concerts– and trust me, I’m on both the 4G blackberry and 3G iphone so the speed difference is pretty obvious. For married reasons of pure speed and typing pleasure, I find myself pulling out the blackberry over the iphone for most of my social media transactions like tweeting: 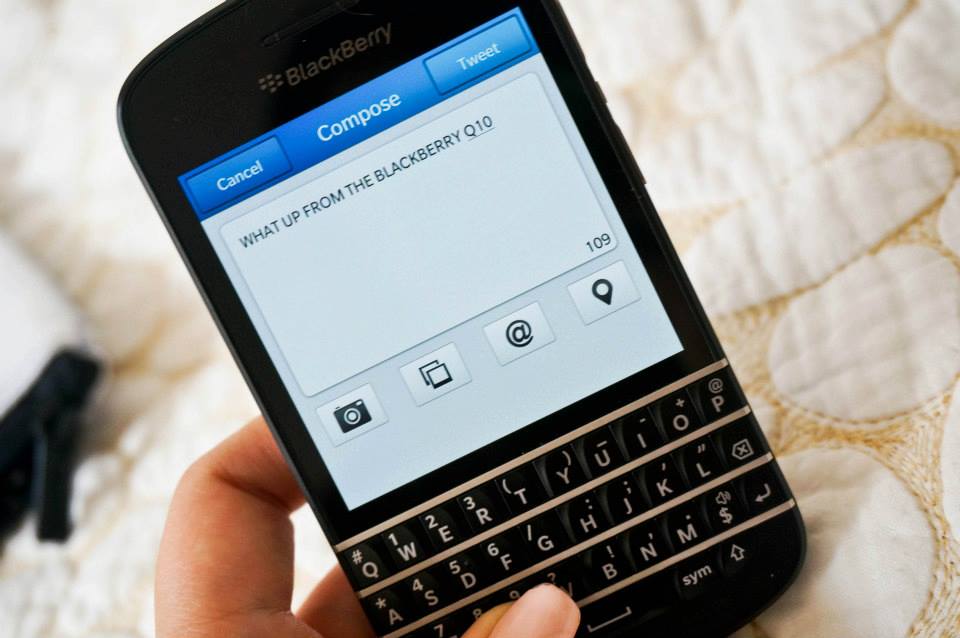 Anyway, its been a couple? of months since Singtel rolled out their nationwide 4G service, which runs on this dual band thing which I dont really understand (they tried to explain it to me but .. well. Not gonna pretend I can understand tech terms), the only thing I got out of it is that it handles the increased number of subscribers better so network congestion isnt that much of a problem. 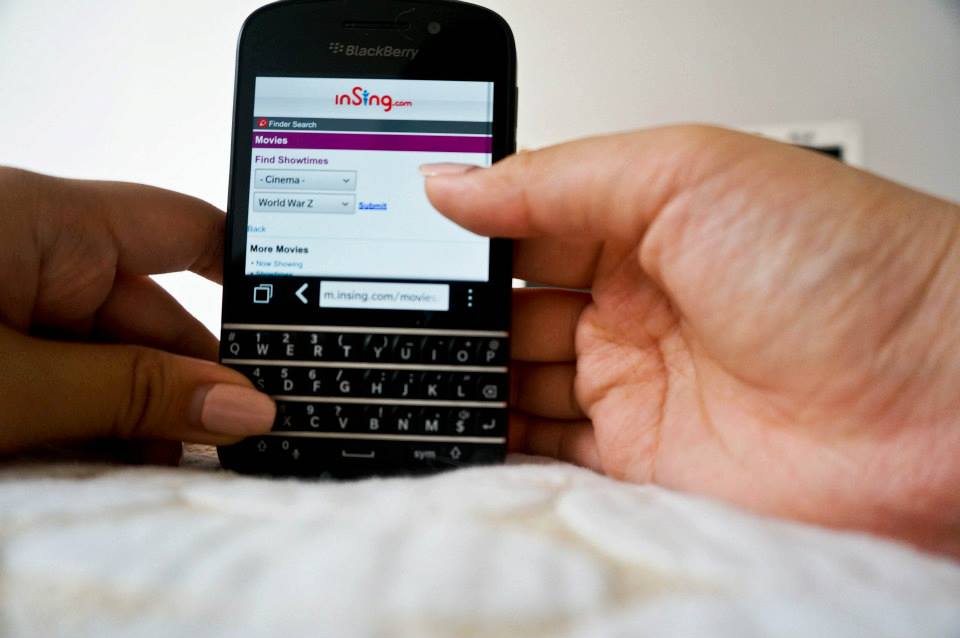 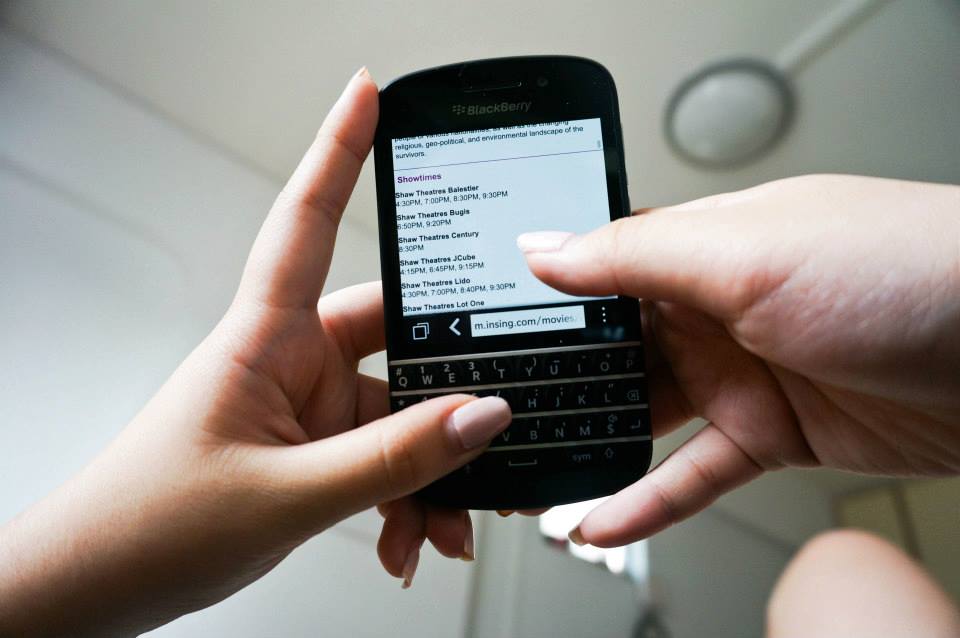 The Q10 has both a touchsreen and qwerty keypad, so typing and scrolling is incredibly fast. I dont think there’s a direct correlation but I’ve been watching a ridiculous number of movies lately, including world war Z which was crazy scary and most recently, Despicable Me 2 which was great. Ba ba ba na and all that jazz. Sounds like such a frivolous concern but i’ve just been checking and booking tickets on this phone like crazy because it’s so convenient and fast and also a little bit tough on my wallet.. oh well.

The immediate concern I had when using both the HTC One and Blackberry Q10 on 4G though, was that with faster network speeds, you inevitably just use more data. This may not be a problem if you’re not a heavy data user to begin with, most people dont even go over one gig anyway. Me though, Im thumbing my phone all the time, so I use an insane amount of data. I think my highest so far was 4GB a month. This isn’t an issue when Im on my 12GB limit for the normal plan, but if you’re on the new 4G plans your limit comes down to 2GB. A few things off the top of my head to manage data consumption- do your downloading of apps when you’re connected to wifi, make sure you know what apps are hogging all your data (there are apps for this), etc etc. And keep an eye on your data usage at all times: 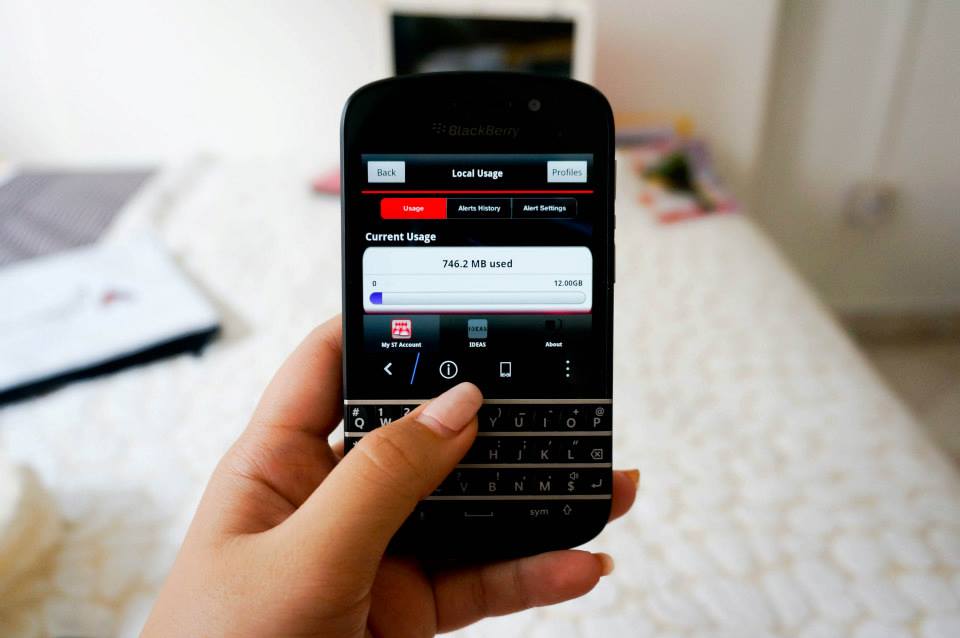 This is the My Singtel app which tracks stuff like your billing cycle and data consumption. If you’re already a singtel user this just taps on whatever your sim card says to read your network information so you dont have to keep signing in like you do on web.

Okay, so that’s about it for now. The only thing about the Q10 is, some of the singtel apps like the Amped music one arent yet available for the new BB10 OS, but doubtless they’ll be soon, as with instagram. Still, I can’t wait to get it for real on October when it’s time for me to recontract! Huge thanks to Singtel and Ogilvy for the Blackberry and 4G device loan- the Q10 has been an absolute dream. x