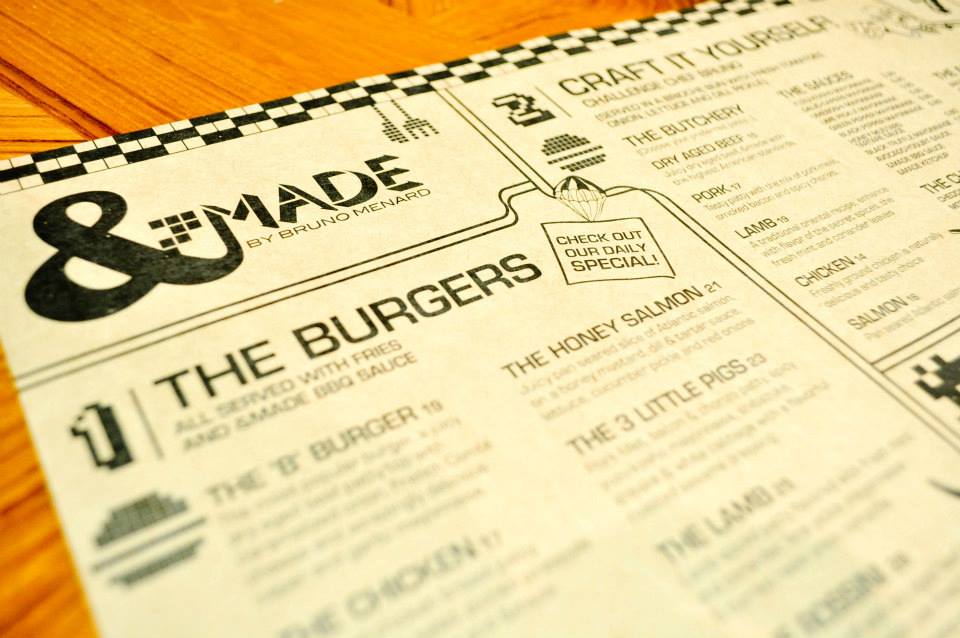 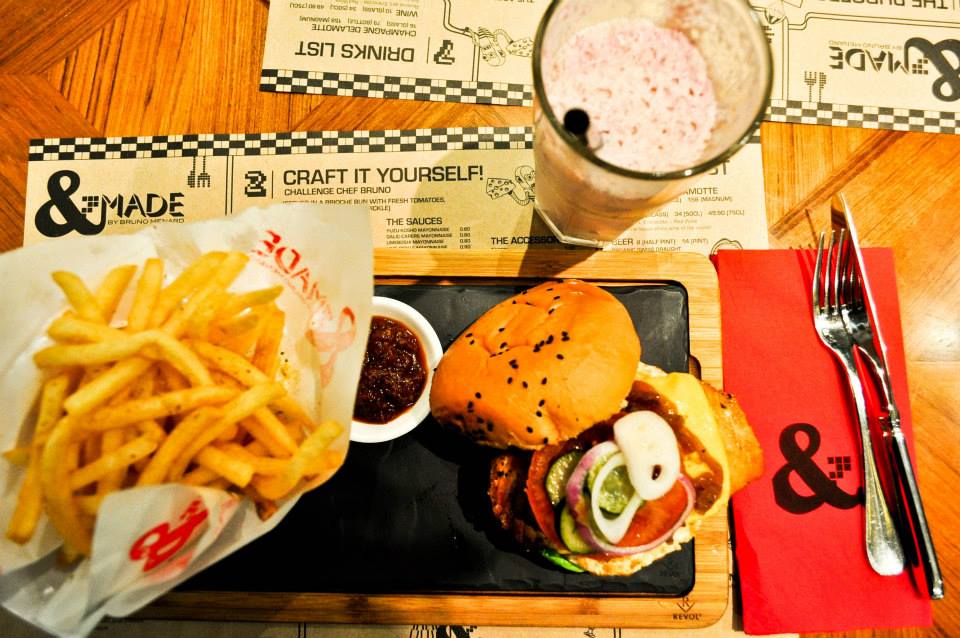 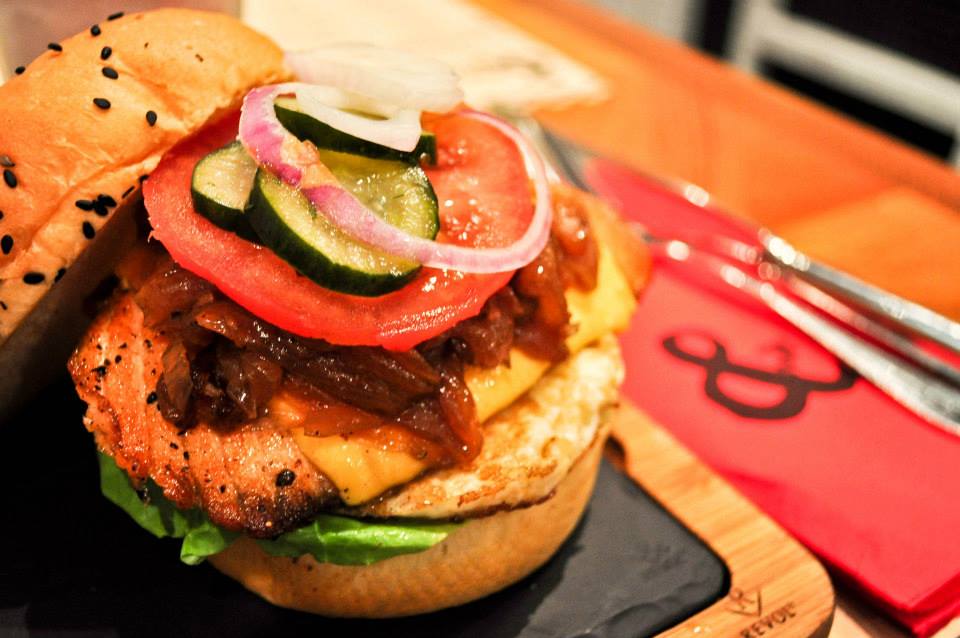 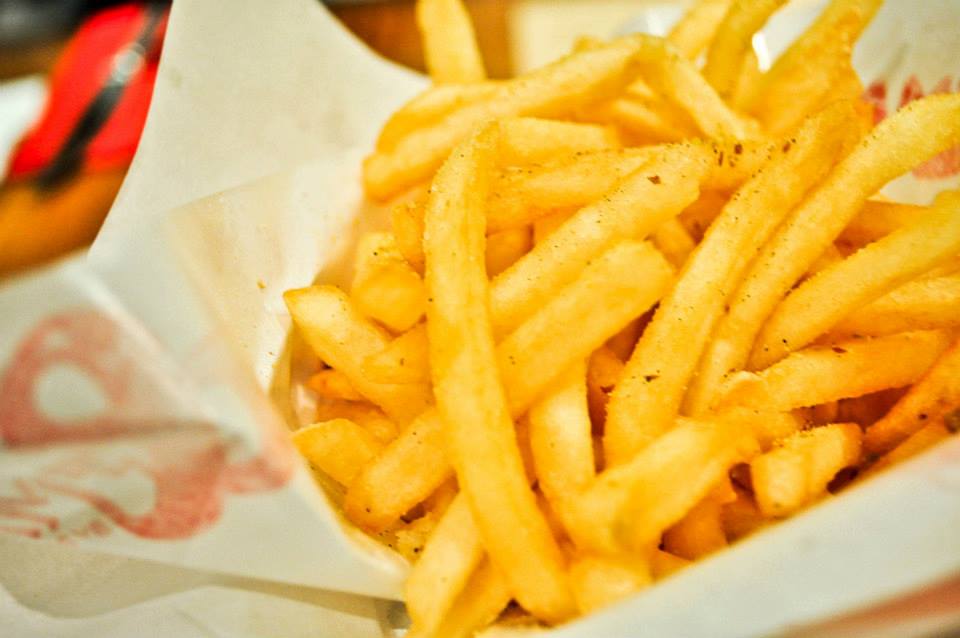 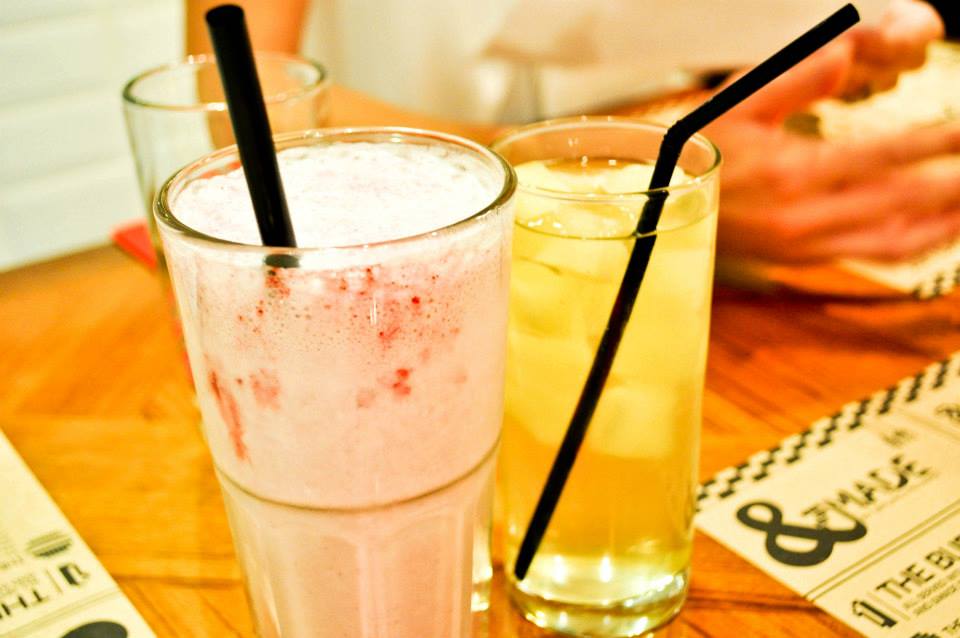 My brush with Michelin stars honestly starts and ends with the Ratatouille movie back in 2007. I’ve not even tried the allegedly delish Michelin starred Tim Ho Wan (though I’m going to next week). Till now- when Pacific Plaza Singapore invited drea and I down for a food tasting session with their in house burger joint &Made by three Michelin Starred chef Bruno Menard last friday- the concept is basically about bringing michelin starred quality food to an affordable level with the most casual of delicacies: burgers. Essentially a burger joint, the entire place is delightfully decorated with naked bulbs and gamefied pixel wall art, very downtown glamour.

If you follow this blog, or really, if you’ve ever glanced at my twitter or instagram feed.. ever, you’ll know what a weakness i have for salmon. Pretty much a no-brainer what I went for on the menu. &Made offers either a traditional burger menu or a Craft-it-yourself burger, and i went for the latter: you just pick your base, sauce, and accessories. What you see above- a pan seared atlantic salmon burger with lime-pickle mayonnaise, cheddar cheese, caramelized onion, and a fried egg. Can i get an mmmmm please? It came with a side of fries- mine were smoked, Drea got the truffle fries. (Smoked was good, but the truffles were amazing so go for that if you’re ever here) They paired it with a Lychee, Raspberry and Rose shake for me which was all kinds of amazing (!!!), shades and shades of pink popping on your tongue oh my goodness.

I get slightly worried everytime i order a salmon dish outside because I feel like a lot of places overdo salmon to the point of dryness (coughcoffeebeancough) but i feel a bit silly for that here. Michelin starred chefs know their salmon. Duh. This one was really, really good, done just nicely, and complemented the sauces beautifully. They recommended the lime mayo for me which was something new to me- but very subtle, pulled everything together wonderfully. Honestly though, we thought the burgers were great but what really stole the show: 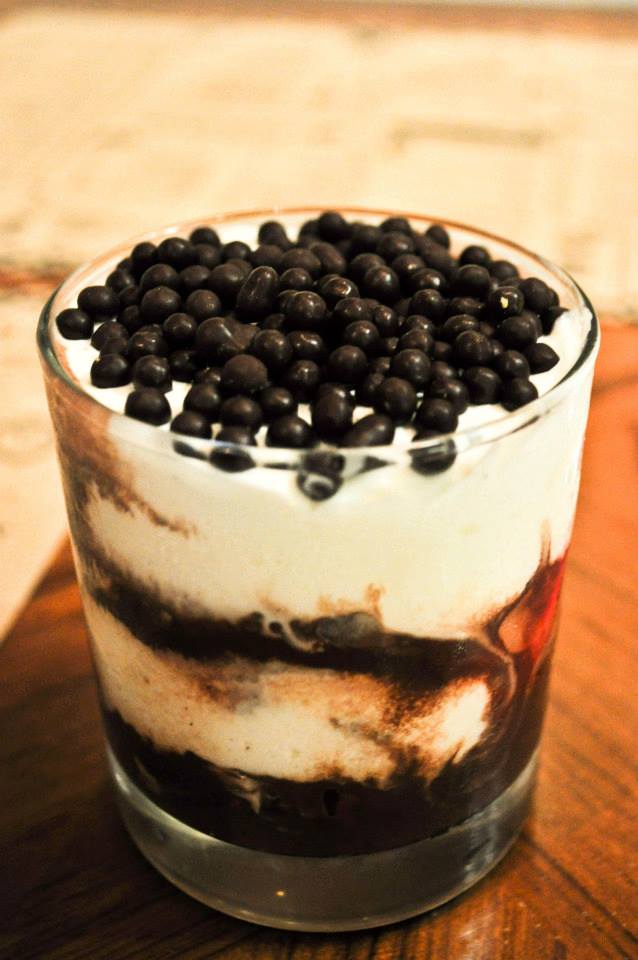 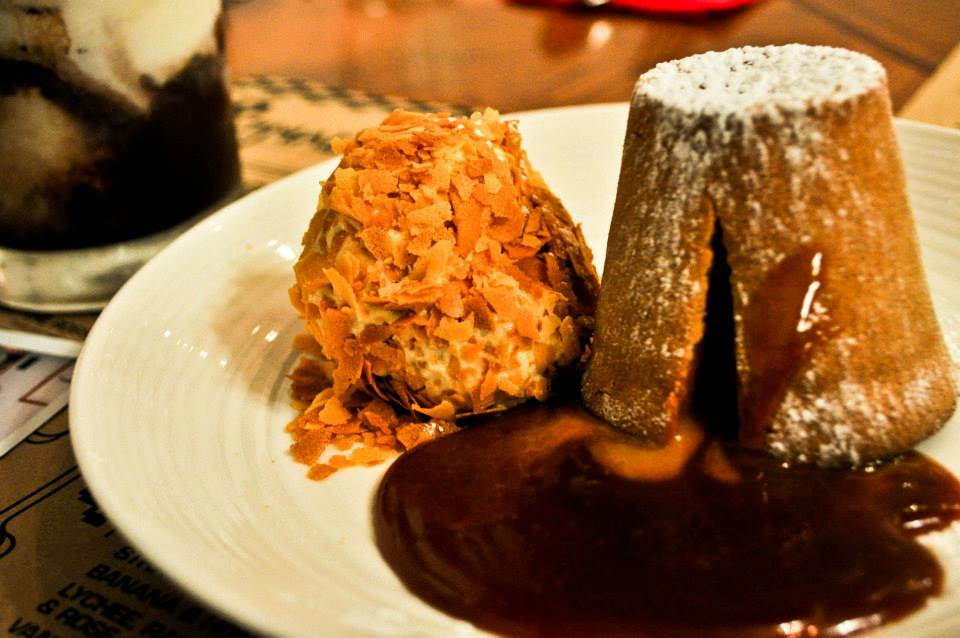 I’m telling you, this is some legit stuff. We had the strongly recommended lava caramel cake, an interesting twist on the traditional chocolate lava cake, which surprisingly enough- worked. You’d expect that much caramel to be sickly sweet, but this was balanced out by a slightly salty flavor and some really good ice cream. The dark chocolate sundae was amazing, crumble, chocolate pearls, and ice cream with chocolate sauce. It sounds so typical of a sundae, but i guarantee you it’s heavenly. I’m never going to be able to go back to macdonald sundaes again.

Burger joints, who would’ve known huh. Such a good dinner- and pretty reasonable prices too- i expected Michelin rated chefs to come with a fifty and over tag (and even that’s cutting it fine) but the burgers were anywhere from fifteen to twenty two dollars, which works out to about thirty in total if you’re sharing desserts with a friend.

Recommended: yes. (Their beef burgers are supposedly spectacular too, but I don’t take beef so i didn’t try it. Drea did though, so you can check out her opinion on it here.)

&Made by Bruno Menard 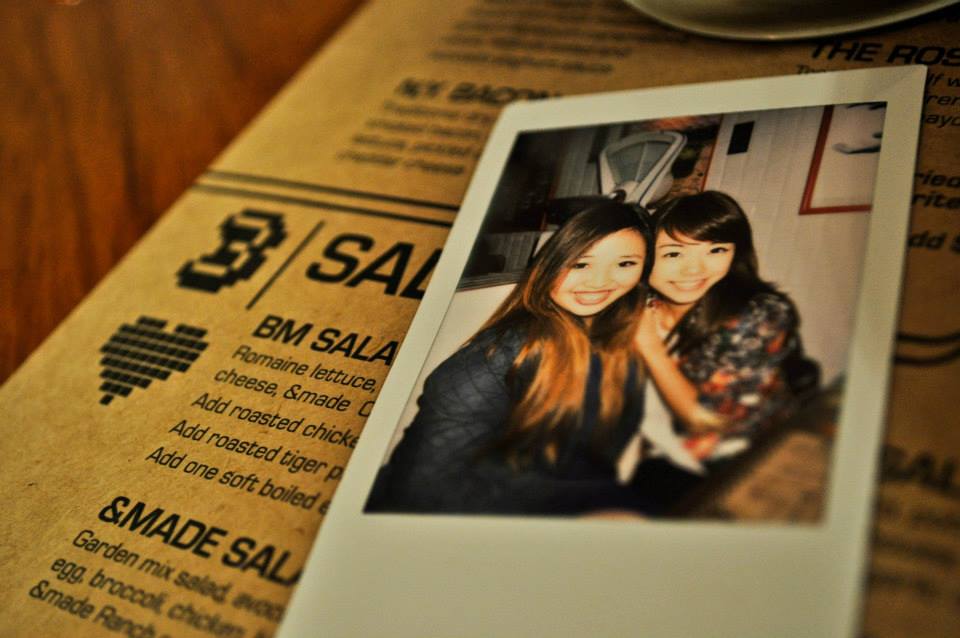 Thanks for the invite, &Made x Pacific Plaza!