is basically what my screenwriting professor essentially banned in feedback pieces, except it struck me that that is sometimes how i feel about life, that it would be great if your life story was really nice and all your characters were cool, so i guess we all know who’s life ambition isn’t ever going to be turned into a movie. I don’t know why i started off the post saying that, besides perhaps maybe being an introduction to some cool characters in my life. So we’ll never be scripted maybe but what we will do today is teach you in an attempt to value add this blog, an awesome new dinner table game which they should really force students to play in orientation because it is nothing if not an ice breaker.

1. Divide your group into a 3:7 ratio of judges : contestants
2. The judges set photo expression tasks and the contestants have 20 seconds to pose 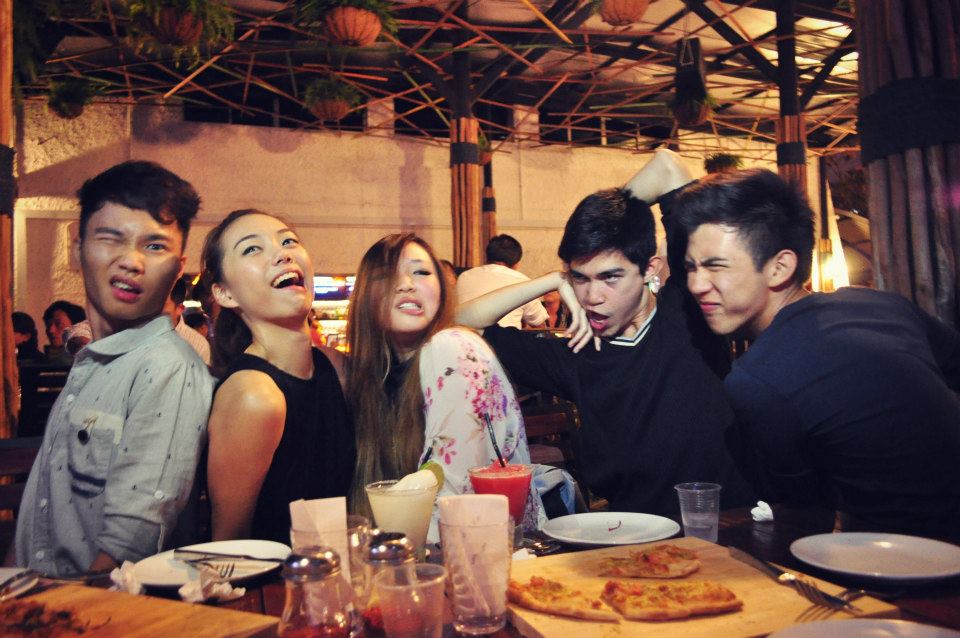 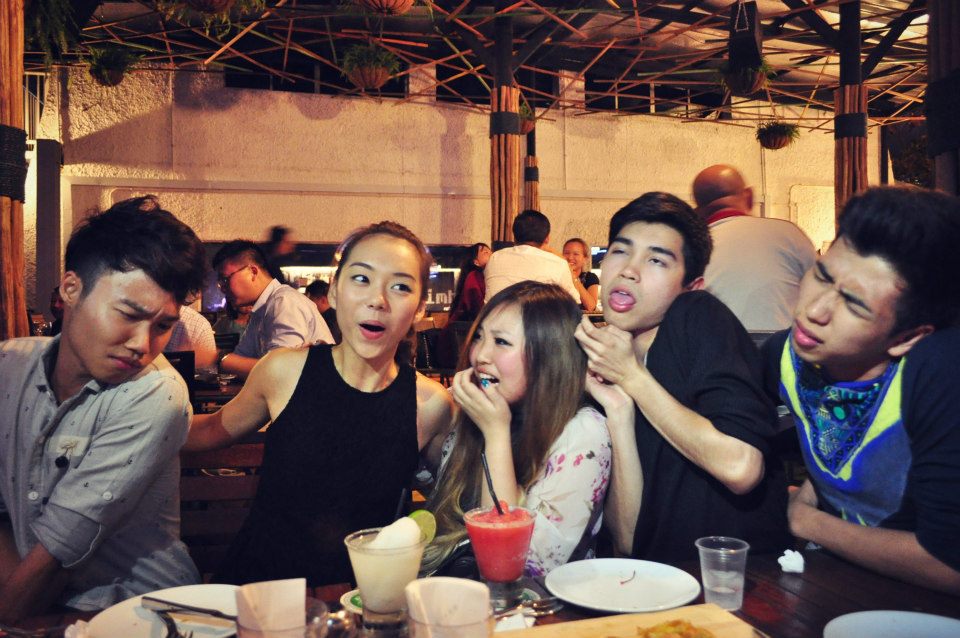 “A crushed can of sprite” 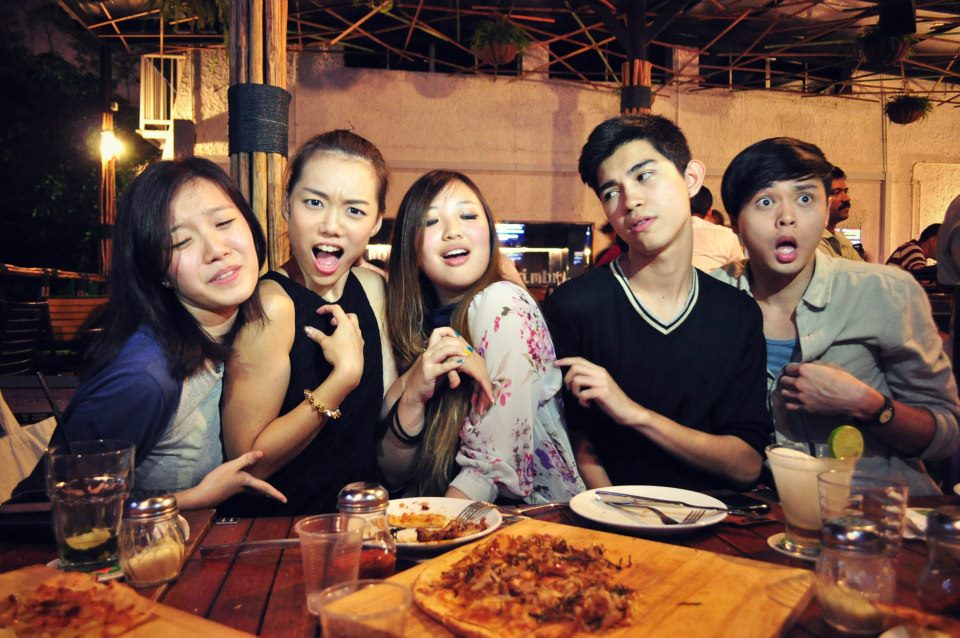 3. One person is eliminated each round and joins the judging panel.
4. Tasks get increasingly ridiculous.
5. Everyone else in the restaurant/ cafe judges you and laments young people today.

You see it is incredible blackmail material and so much fun. Towards the end we really started getting a little frightened every time the judges went ‘Three talented individuals sit in front of me. But only one can be on top..” I tell you. Adrenaline and competitiveness right there. On a more serious note though, day four of recess week and a few friends and I were at Timbre@Gilman last thursday to watch Sara play. I don’t think i’ll ever get over how amazing the four cheese pizzas are even though thats all it really is, a heck load of cheese. 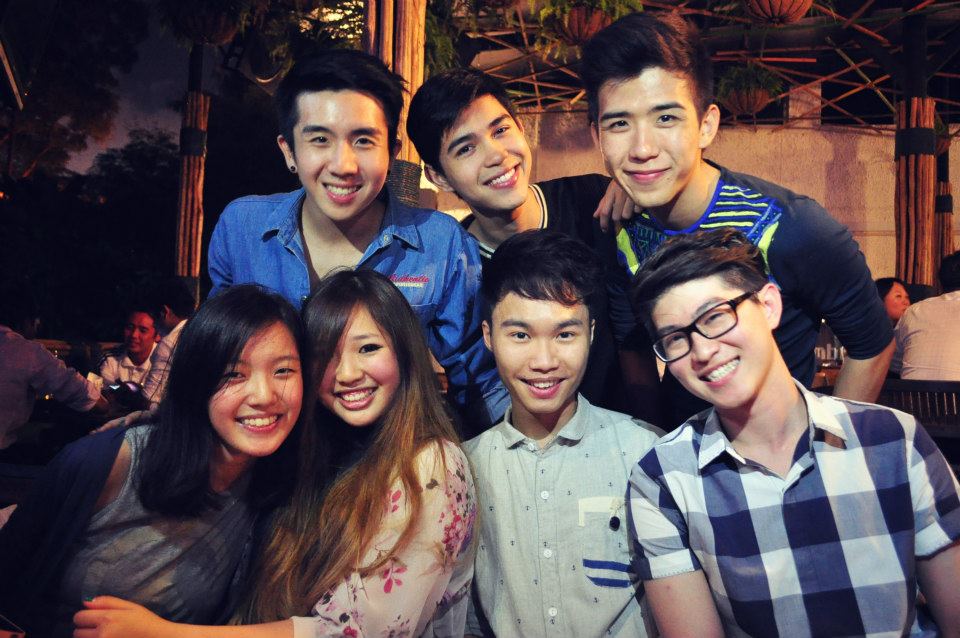 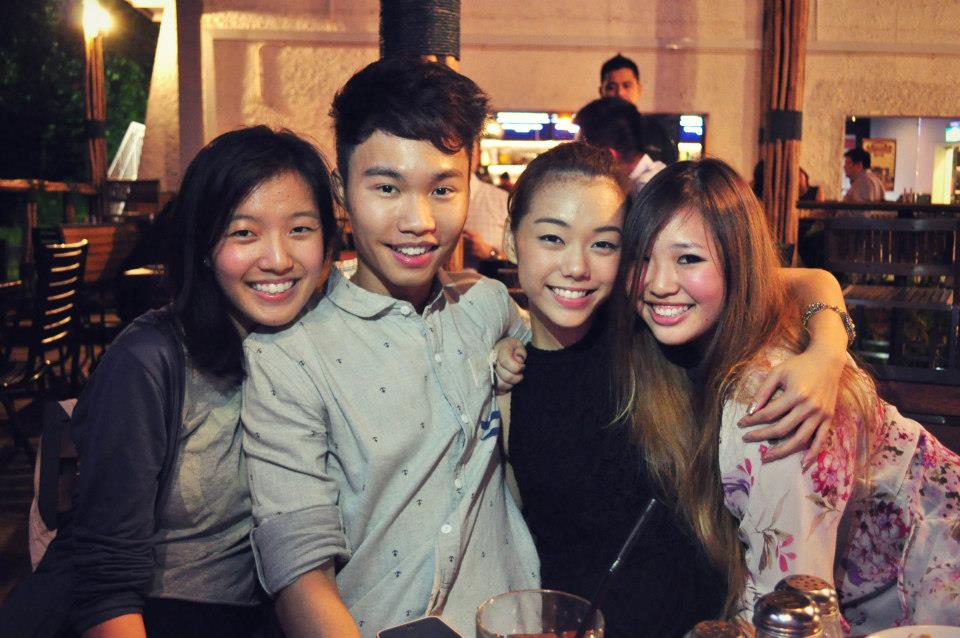 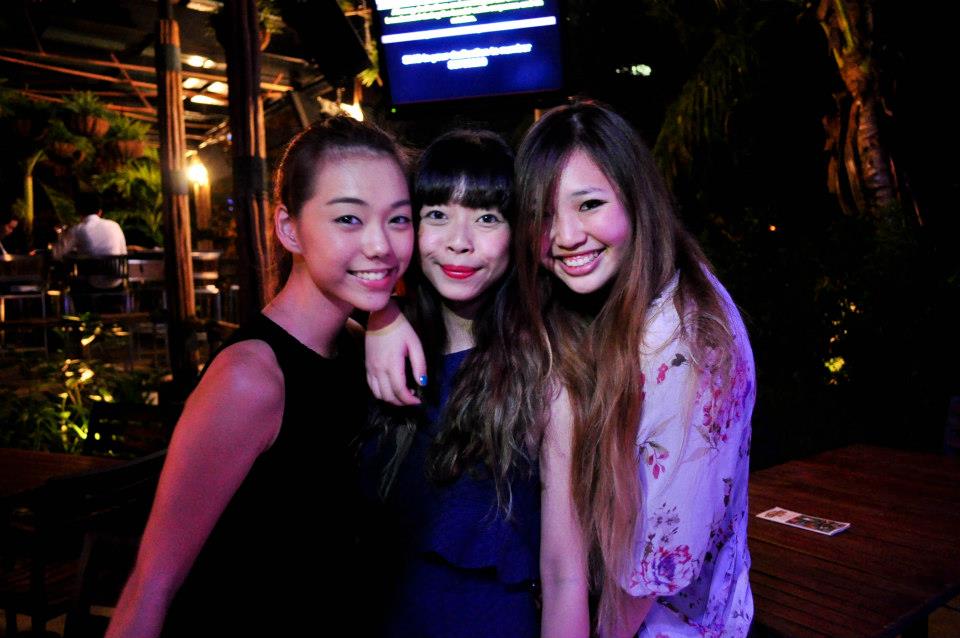 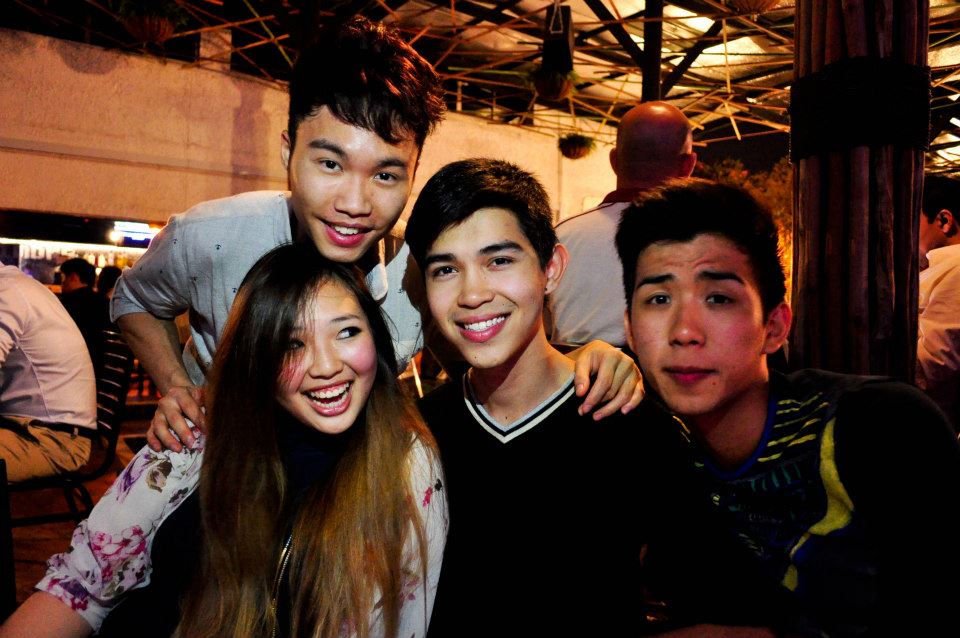 For those of you who don’t know, Sara’s our clicknetwork sista (lol @ the word sista how gangsta is that) who hosts In The Backseat where she gets cozy with cool people. The only legitimate reason to break mum’s rule about not getting into cars with strangers. I’m wearing fox-out‘s Eden Kimono available in 4 different colors except it keeps getting sold out and restocked and sold out so if you want it grab it soon! You know where else I’m wearing the kimono? Our latest episode of That F Word:

where we terrorize the likes of NAFA. You know what else we’ve terrorized? SINGAPORE. From between the pages of the Straits Times Urban- 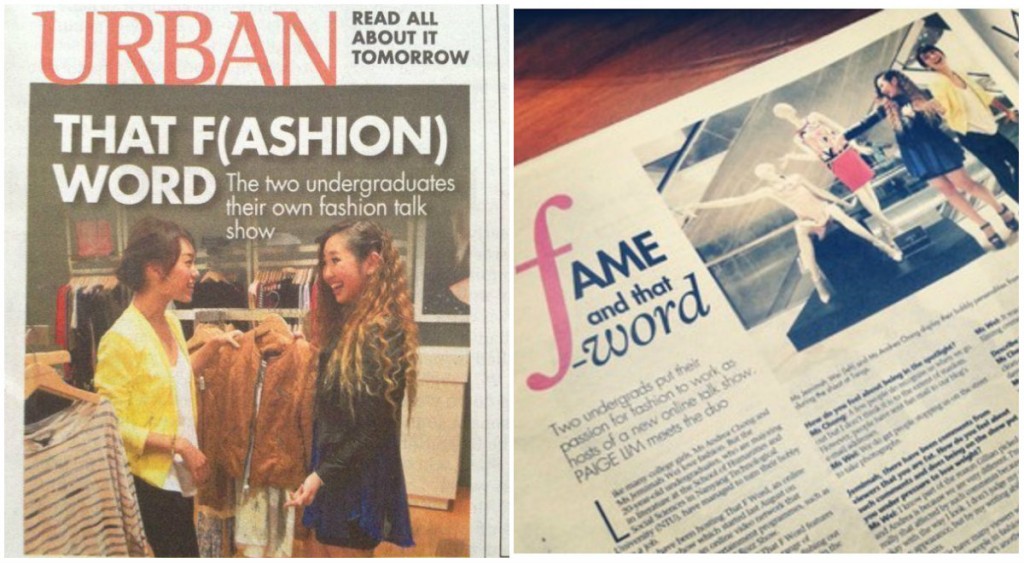 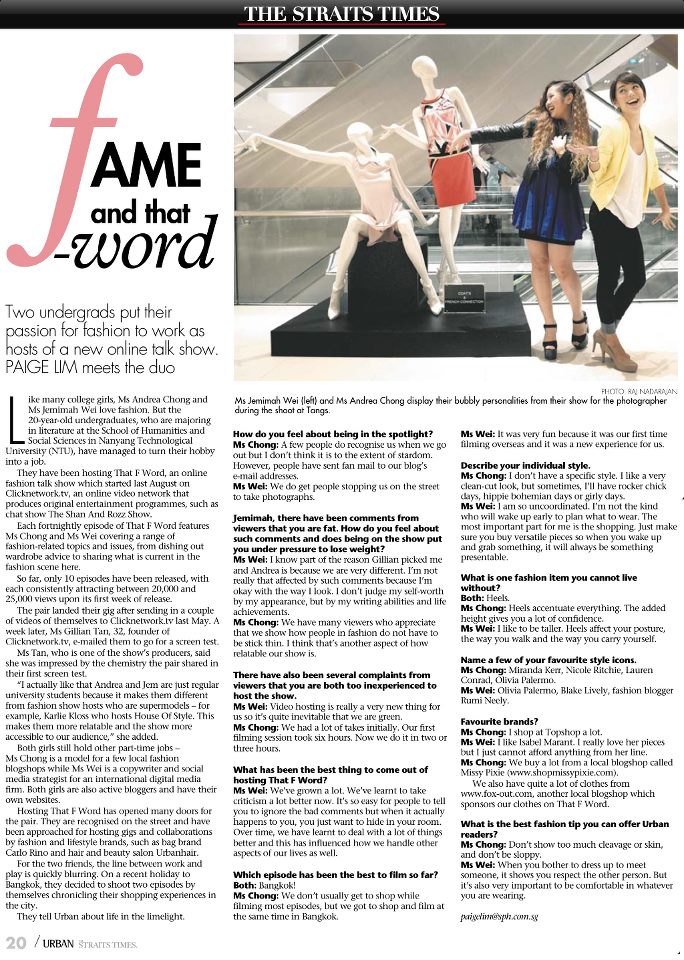 How crazy is this you guys. We’re on the news! It’s our second print interview for our first major publication, (well, published anyway, we’ve got a few slated to come out idk when) and i’m generally excited about a lot of things including the fact that my mother cut it out because this means she is NOW PROUD OF ME. I mentioned this to Julianne and she said i scream issues. Anyway.

So much love for the clicknetwork family and all their faith in us without which we’d be still rolling around despondently in our rooms preoccupied with schoolwork.. Queen Gillian, Daniel, Vera, Cherie, Suzie, Steph, thank you so much for everything, what we’d do without you guys is anyone’s guess. So cheesy but so true.