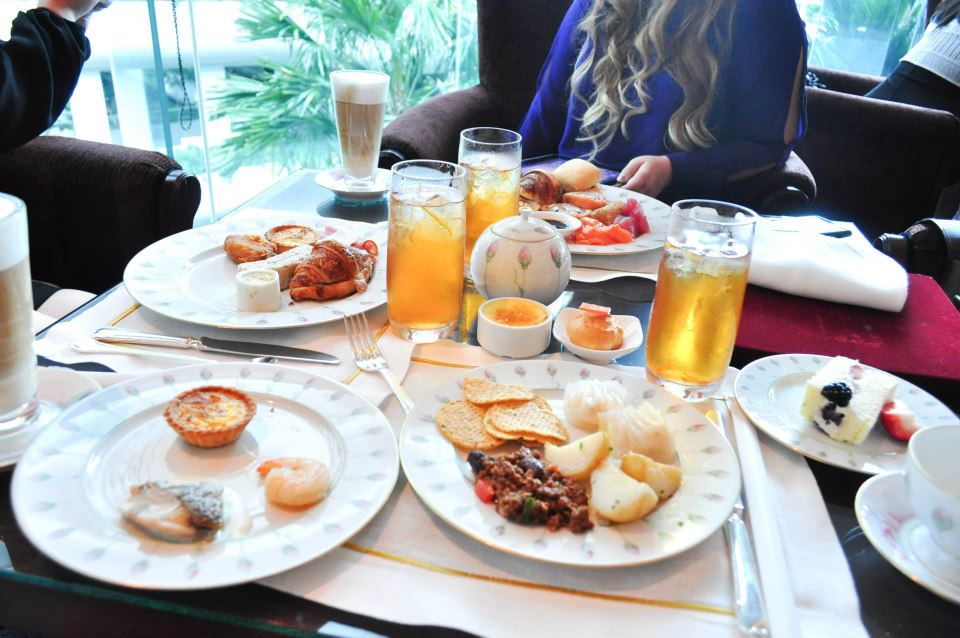 Starting off recess week right I had high tea with my homegirls at Shangri-La’s The Rose Veranda on Saturday. I say high tea but essentially i was mesmerized by and stalked the salmon section. Smoked salmon and cheese + Salmon Sashimi- both to die for. Funny story here- they forgot to stock the sashimi for the longest time and i was really at the edge of my seat everytime one of the staff walked past.. finally cindy managed to get a plate of it for me and i got so excited i shoved it into andrea’s face LOOK I HAVE SALMON and a passing lady turned around, glanced at my face and the plate, made the connection, and collapsed in laughter.

Turns out, though, the lady was the manager of the place- and i had LOADS of salmon from then on. #winner

Right before that Drea and I popped by Urbanhair for the fourth time in the week- honestly, we can just bring a pillow, move in, and be done with it- for our hair treatment session. I swear to you I’m spoilt for life now- their hair treatments are amazing. Essentially an aromatherapy oil head and shoulder massage, they customize a treatment plan for you according to your hair type- insanely necessary for my bleached head and continually luxurious. I fell asleep while they were rebuilding all the protein in my hair and when i woke up i was practically still in a dream. All credits for my soft curls in the photos above to Noel from Urbanhair- he, Daryl and Celia are the main stylists who manage my unruly head.

I also wasn’t technically accurate when i said we started off recess week with high tea.. if you think about it, it really started the night before somewhere along a busy highway along the west when Chris, Shane, Cindy and I encountered our first ever flat/ripped tyre. Wow i am telling you right now it was an adventure to end all adventures. 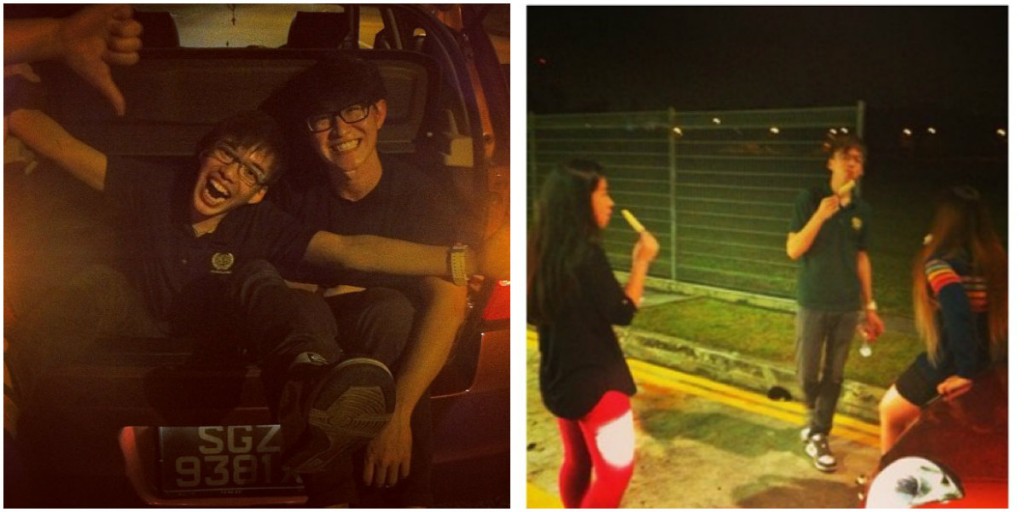 Slouching against petrol kiosks eating paddle pop and pretending to admire the moon. Pushing it, really pushing it, we could possibly pretend we were teenagers stranded along the pacific coast highway or something. Say what you like but people who major in literature also major in making shit up as we go along. The moon is not just a moon. A flat tyre prefigures disaster. The curtains are just freaking blue.

Back in the line of work and media, I also gave two interviews last week- one to the NY Spectrum and one with Drea to the Straits Times, Urban. 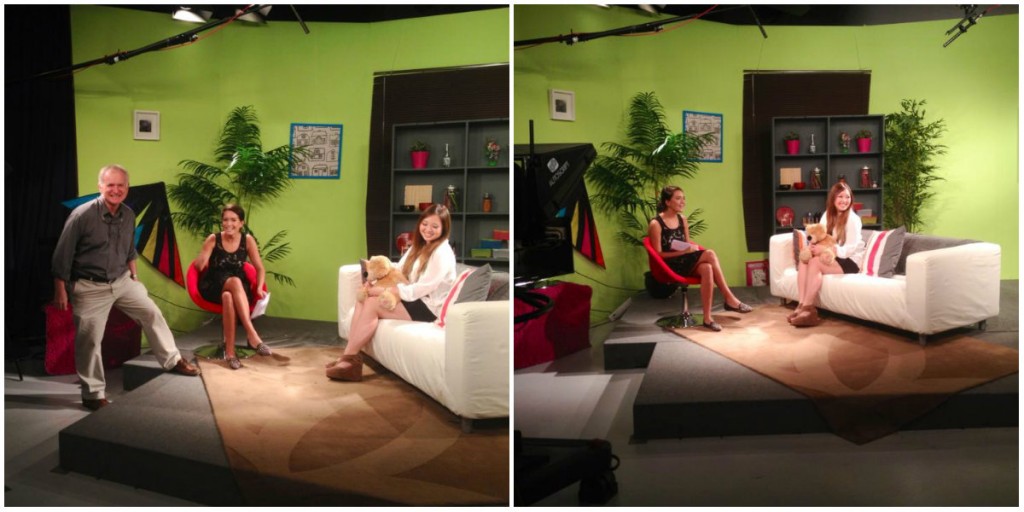 That’s Kym Campbell in the photo on the left, a director/ broadcast and media specialist from channels ABC, Seven Network, Mediacorp and so on, who has apparently trained media personalities like Nicole Kidman. Starstruck? Um, yes. Gail pulled me in for the interview, and Olivia, the girl interviewing me, is an actress from Michigan. Honestly I dont know what they’re doing interviewing me when the roles should probably be reversed. Still, a pretty cool experience- my first live talk show interview.

I’ll probably ramble on a bit more about the Urban interview when it hits the newsstands- we were interviewed by a sweet girl called Paige, and i think this is the first major print publication drea and I have been interviewed for, so yeah, i think it’s safe to say we’re pretty damn excited about it. We totally played it cool though, but i bet no one’s buying that. Keep a keen eye out for it in Friday’s papers! 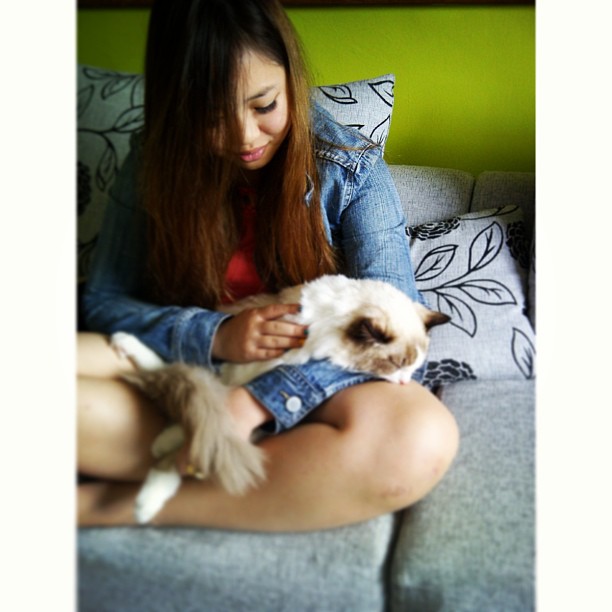 Other things i did this week include catching Incanto with Mart and terrorizing my cat. All in all a pretty fantastic start to recess week, really, as long as i squint and close both eyes to the fact that i have two papers due the week after. Professors, really now. Also I am off- filming bright and early tomorrow with the earliest call time yet of 8:30am, but here i am flipping through the script and it is so worth it.

Goodnight, and have a great recess you guys.