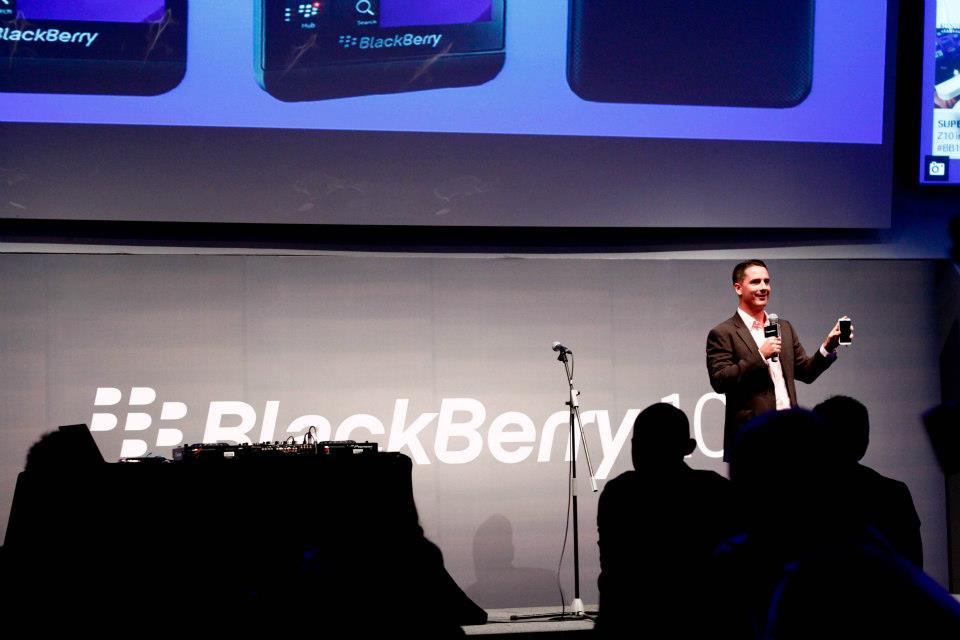 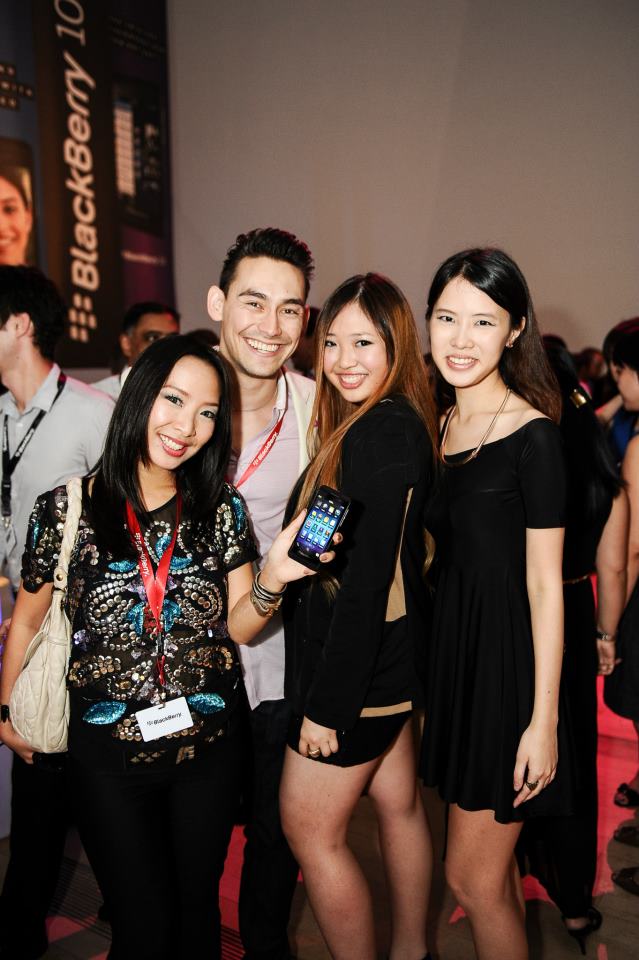 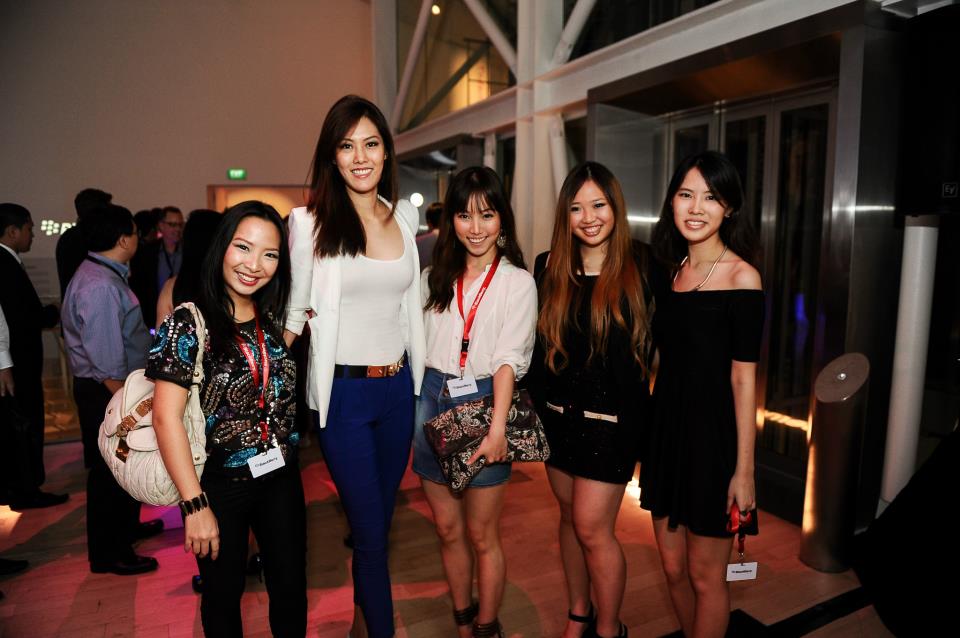 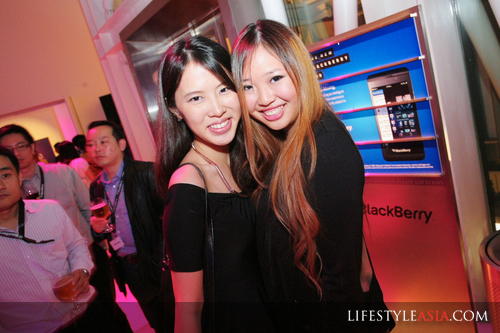 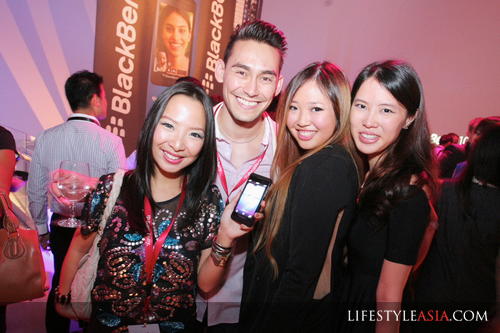 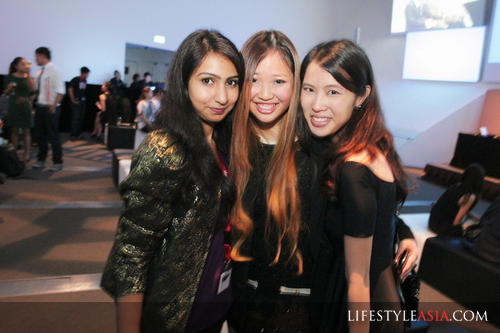 First things first you guys. I attended the launch of Blackberry 10 last week with Candice at the Marina Bay Sands Art Science Museum, and I’m absolutely dying right now. There’s just something about those buttons, you know? I’ve been on so many operating systems now- iOS (the iPad), Windows (Lumia), Android (Walkman Z)- and to each it’s merits but there’s just something about old fashioned buttons that have gotten ahold of me. Insert inappropriate Pussycat Dolls song right there. Snap.

Other things- the new Blackberry comes in 2 manifestations, the Z10 (full touch) and Q10 (qwerty keypad and the one I’m eyeing up), and they’re doing away with the Blackberry Internet Service, which used to bump up your plan about ten bucks a pop for functions like push mail and BBM. This can go either way- as a standard consumer, i love this, because it means cheaper plans for me, but i’m not sure what it means for people who use it for business. Because i am ultimately but a shallow college girl I asked immediately about instagram for blackberry- and you heard it here first: Instagram has committed to creating an app for Blackberry. So although it’s not officially in the market now, it will be.

Oh yeah and lastly- Alicia Keys is Blackberry’s new global creative director. There is a pun to be made about keys but lets not do that now.

Thanks so much for the invitation, Blackberry Singapore! Can’t wait to get my hands on the Q10. x

We popped over to the Guinness Draught in a Bottle party afterwards, though when we arrived the party was pretty much clearing up. Congratulations and congratulations to Guinness and Oglivy for the world record set for the longest bar slide. May you guys continue to make history wherever you go.

Other cool things that have been going on include Urbanhair being officially one of the best things to happen to me in the past few months. I dropped by on Monday for my touchup and treatment session, but prior to that Mart sent me a photo of a tumblr girl’s ombre hair so I showed it to Celia, my main colorist, to ask if she could do it.. 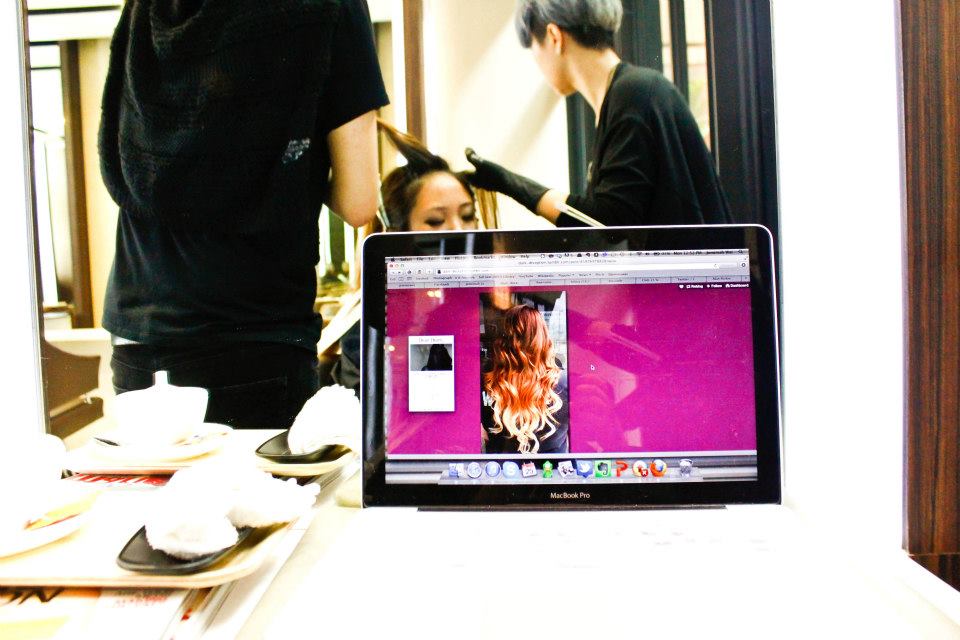 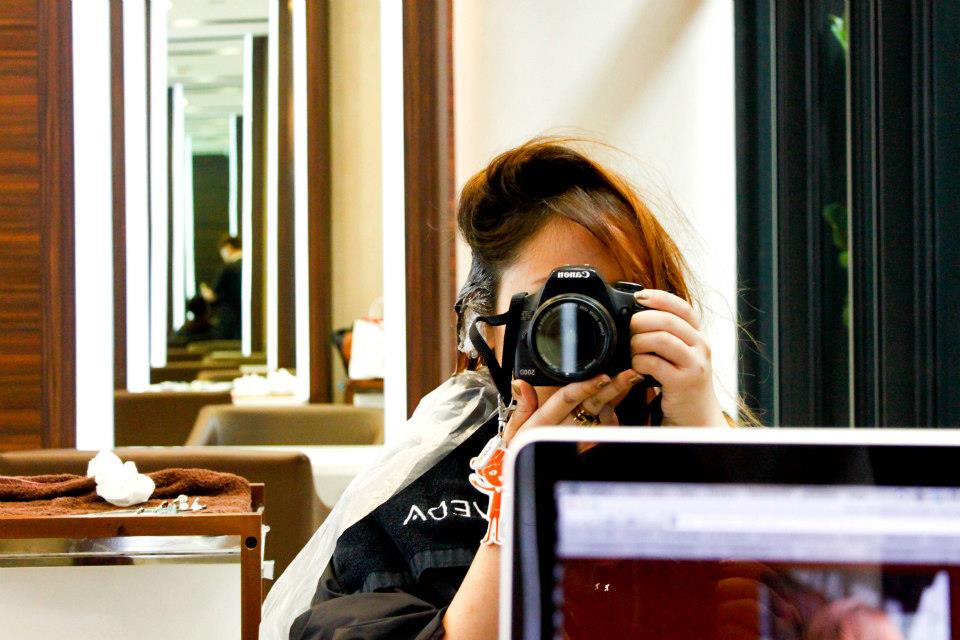 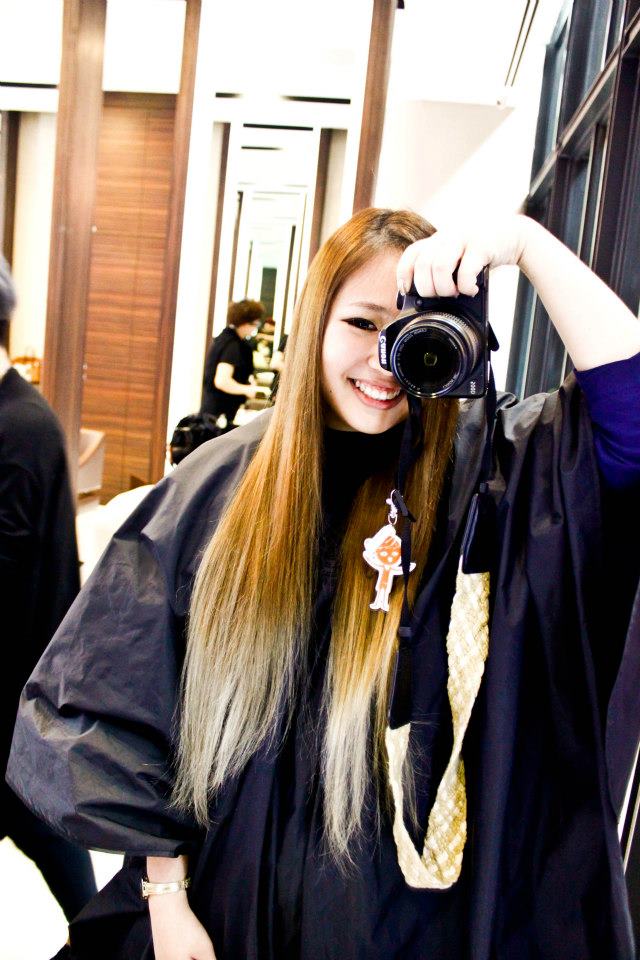 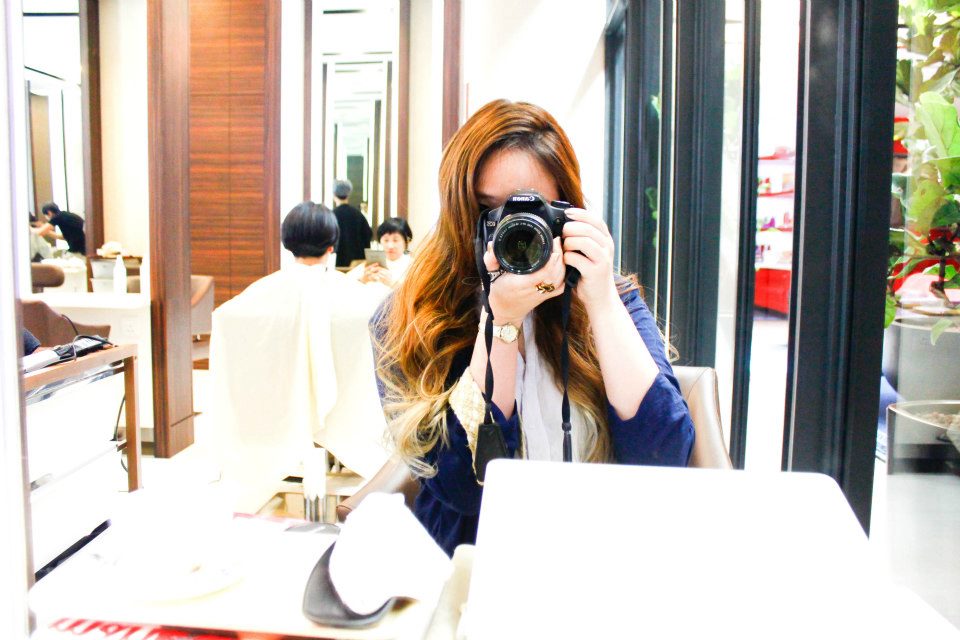 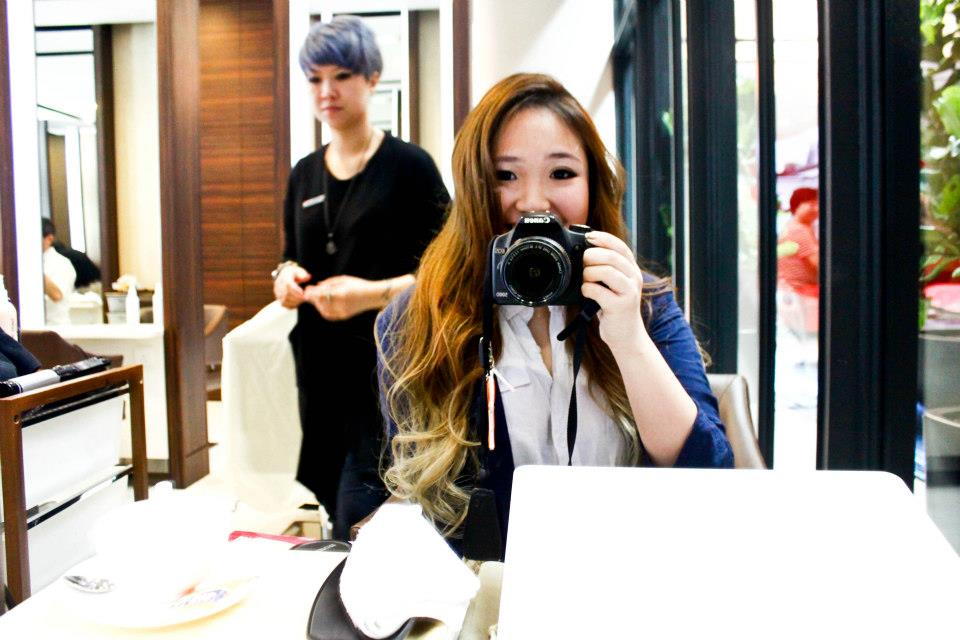 This may not seem like a big deal to you guys but i was so happy i wanted to cry and/or hug everyone in the store. I kid you not. I’ve been trying to get an ombre to this effect for the longest time over the past couple of years- two different salons couldnt get it right, but urbanhair finally did. It honestly isn’t even that different from my previous hair job with urbanhair, but i feel as though they just did such a fantastic job with the gradient this time oh my goodness i wanted to cry. It’s something like how you feel when you finally get something you’ve been wanting for the longest time- they darkened the top so it fades down from a dark brown to a warm blonde (which was my previous hair color) and then to a platinum ash blonde at the ends which i absolutely love. What’s a girl to say? Without them i’d honestly just be a broom. The day they became my official hair sponsor was the day my life was destined to CHANGE FOR THE BETTER. Well, that and the day I got baptized, but that’s going spiritual already. 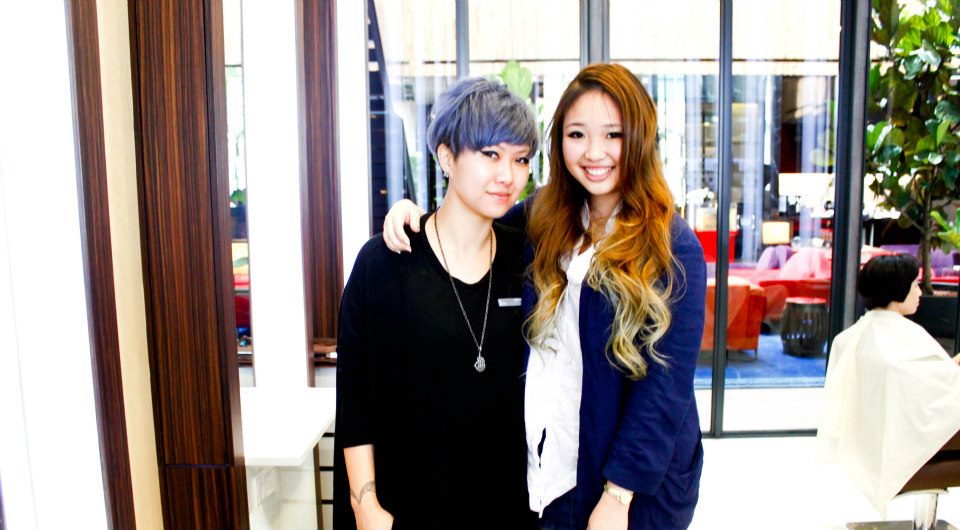 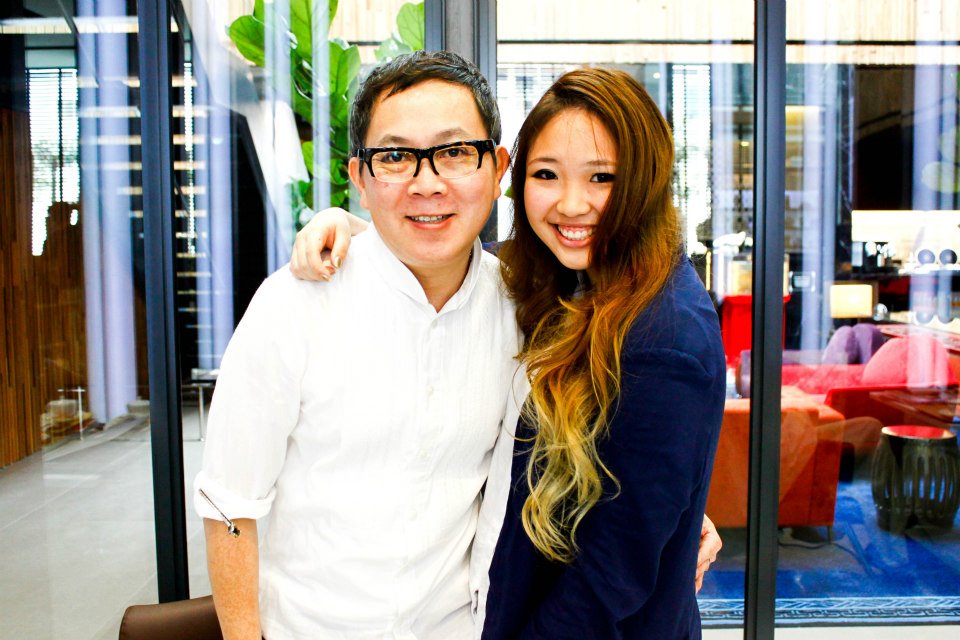 If you ever go to Urbanhair, and you should, because i’d trust them with my hair anyday, here’s who’s who. Full credit for my mane goes to Eugene (pictured above), hair boss who’s amazing with hair and creative direction- you could walk in and ask him what’d be best for your look and he’d give you the hairstyle you never knew you wanted. Sounds so cheesy but it’s true. Celia’s my colorist, and she’s got a natural flair for what looks good based on skin tone, face shape, and your entire outlook. If you’re looking to get some creative coloring done, she’s the one you’d want. Daryl cuts and curls my hair, and he’s great with lines and layers- a real perfectionist when it comes to getting your hair into a shape that’d look great without much day to day prep work. All i do is run a brush through it in the mornings because I’m nearly always running late. That said, they’re all equally well rounded- sometimes Eugene cuts my hair, sometimes Celia curls it, sometimes Daryl tones and colors it, and either way i fall in love with it every time.

So abrupt but typing all that made me a little bit misty eyed- either that or that’s what staring at the computer for hours on end does to me, so. Off to get some work done/ try and catch some sleep now, goodnight, keep safe, and may you all have nice hair in the mornings too.