Last night at Ern’s sparkly twenty first, Su turned to me and said Jemma you had ONE THING to do ie. update your blog whats with the five day lull so hi you guys i got scared into coming back here. Honestly what has been going on with my life.. ? is something i’ve been asking myself as much as anyone else has been, mainly because work has kind of swallowed me whole the last couple of weeks. I know the start of sem probably completely doesnt justify that statement by virtue of it being, you know, the start of sem, but it’s also pre-cny period which is when all my clients want to launch their campaigns at the same time.. so yes. Five AMs and G7 vietnam coffee we meet again on tentative truce.

I’m pretty sure i’m going a bit completely absolutely psycho nuts because when im not working im pretty much.. 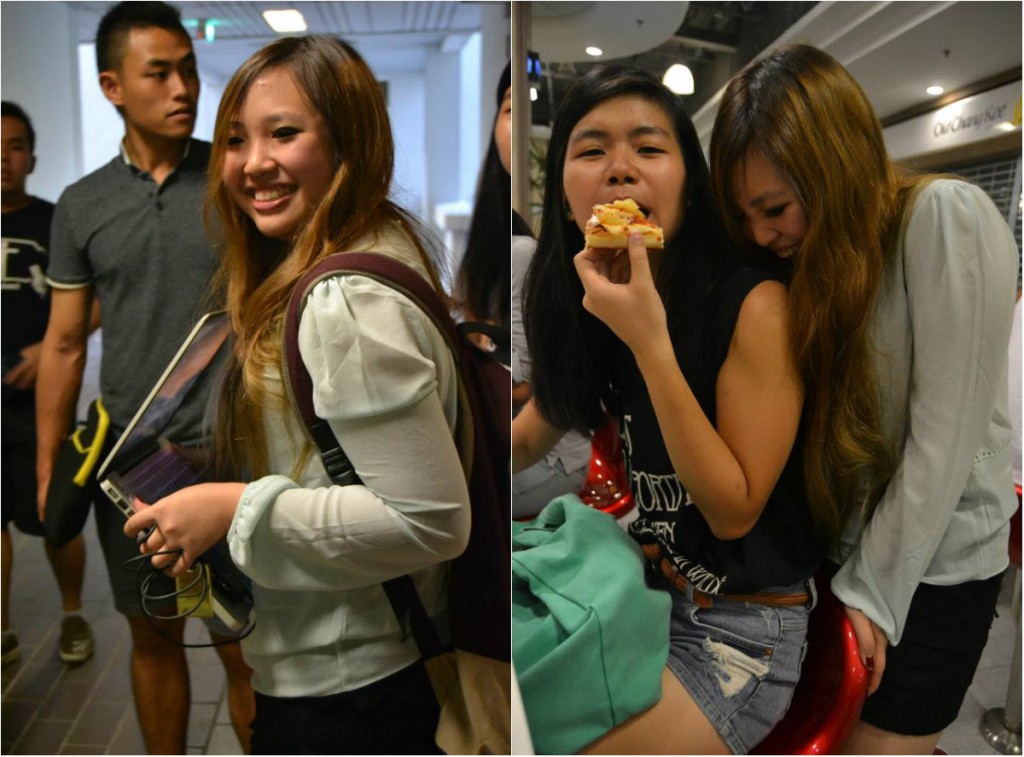 biting people, as captured above during one of the MMC events we held last week. Yeah also you can see above my work life osmosing into school via exhibit a: toting a laptop around during the games.

Besides that, everyone except me has been turning twenty one, something i surely will devote an entire post to on its own once i actually get some time to sit down and post process the photos- gail’s 21st last saturday, ern’s last night, indri’s this coming weekend and mela’s the next. It’s all been extremely sparkly and dazzling and honestly slightly frightening so i think i’ll take my twenty first by pulling a disappearing act somewhere in bali or something while roasting in denial. Nah actually im kidding- i can’t wait to turn twenty one. Much of this is because of groupon’s ridiculous policy that you cant buy or use spa vouchers unless you’re legal. I don’t quite know how to feel about one of my main motivations in life being the right to use massage vouchers. Please dont comment on this.

So i guess it is a pretty timely thing that the latest episode of That F Word was released sometime this afternoon so i do have something to talk about, an ep where we go all john malkovitch and try to live the life, ok no, just the clothes, of our favorite celebs. Which (permit me a small sidetrack) is coincidentally a great film- being john malkovitch i mean, written by Charlie Kaufman who also wrote Eternal Sunshine of the Spotless Mind. If you haven’t watched them please do because it will force you to reevaluate twenty years of a diet on hollywood trash.

But before you spend six hours on the two films, give us seven minutes:

I can’t believe it’s our eighth episode already- i know it doesnt seem like a big deal, given our single digit status, but to me it is: throw back to last june where sitting in our studio i asked G in a small voice, what if i still suck when we hit episode eight? My word. It’s been such a ride. Also i still have my blonde ombre in that ep, which is the last you’ll see of it because the next ep on i had already dyed my hair as you guys probably know. Spoiler alert: the next ep is a bangkok shopping one which i’m actually pretty excited about so STAY TUNED. Wow did i just say stay tuned i am a living cliche. And of course by this point in time subsisting on coffee and very little sleep i’m just rambling now so it’s about time i let you go.