#1391| BRB carrying a fan everywhere with me now. (BTS Shoot for Urbanhair) 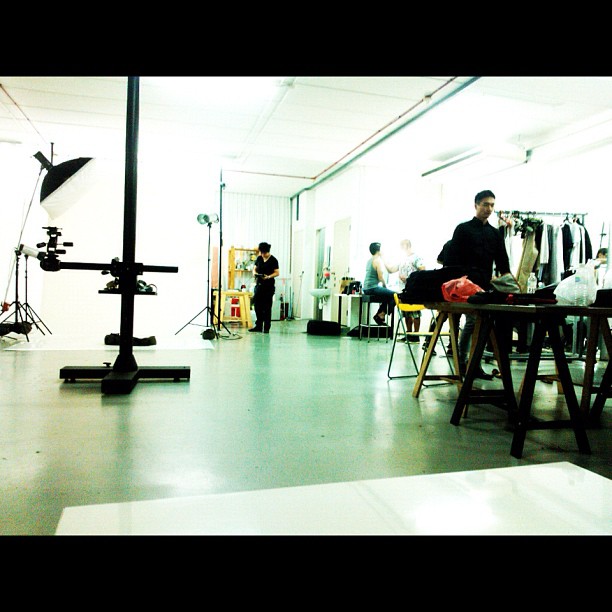 Sometimes i want to start off a post with a joke or something like that and other times im just like, no. Best to come clean right now and say it straight- i feel incredibly lucky to be working with such talented people, and sometimes im just overwhelmed and so grateful for all the opportunities that we’ve been offered. Yesterday morning Drea and I modeled for UrbanHair’s latest advertorial shoot, and it was quite the experience. I’ve never done anything like this before so i was really just rather overwhelmed and stunned throughout the entire thing. BTS post incoming, you guys.

I stayed over at Andrea’s the night before because i don’t do mornings particularly well, or at all, and she’s the most effective alarm clock i know. Bright and early we were up and off for breakfast before the shoot: 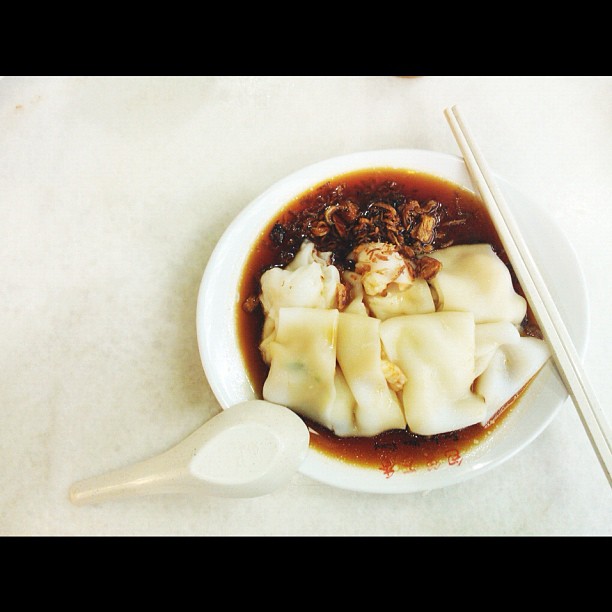 Andrea’s dad: so, you’re one of those people who takes photos of their food?
Me: yep. Guilty as charged. Gotta own it.

At the shoot location, which was this pretty cool place called ThousandWords studio, and getting my hair done by edward cullen. No i’m not even kidding do i have the most handsome hairdresser ever or what. Noel’s so goodlooking that they got him to be one of the models for the shoot even though he isn’t actually an actor (the rest were from mediacorp i think) and i’m posting this photo up even though i look awfully strange. 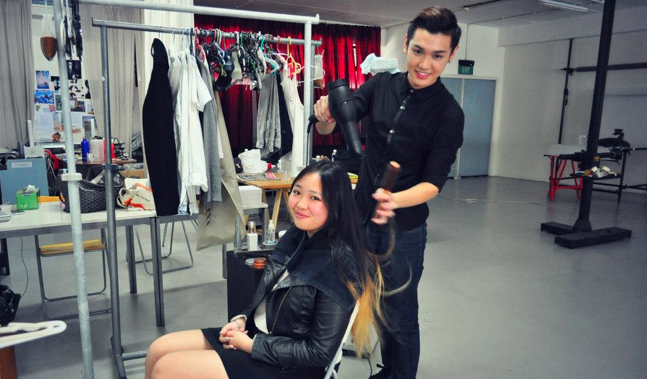 I loved how they changed the music set for each shoot so there’s a different, idk, feel? to the entire process! Some of the other actors got more contemporary pop music, or jazzy stuff, and andrea and I got the oldies. Come to think of it, im not too sure what that’s supposed to mean, but i went batshit when i was getting my hair done and Fever by Peggy Lee came on. Anyway, here’s a pic with Xiang Yun who is basically something like the nicest person on earth, so super friendly and motherly even though she’s got such a name made for herself already and is so established! 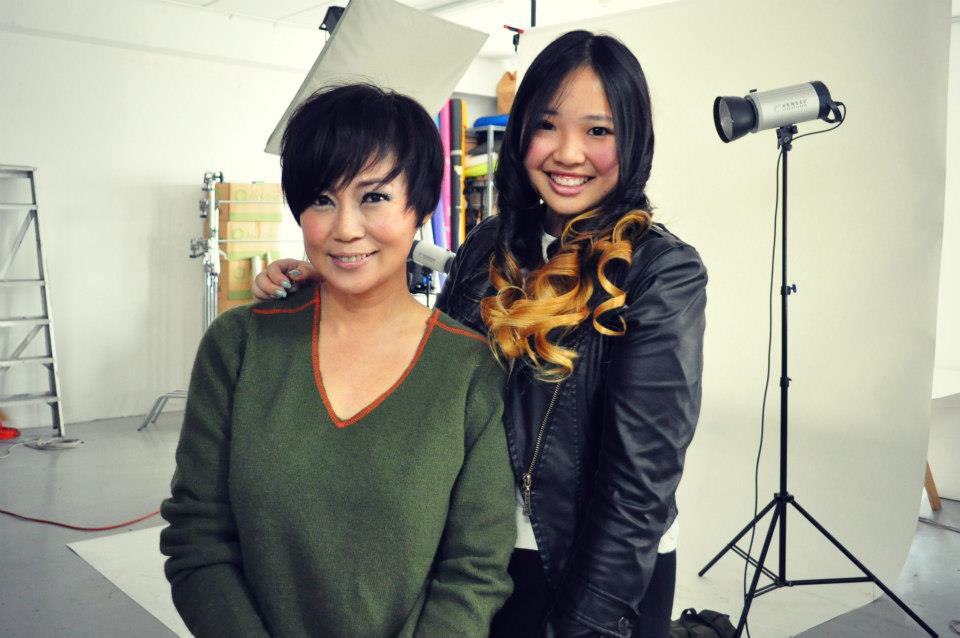 Ran over to take a pic with her in the middle of getting my hair done, which explains the tight set curls- normally they do this then fluff it out later. Also, um, was a bit shy because i hadnt done my make up yet so this was my morning bare face lol. She was the only actress i recognized by name- i dont really watch TV to be honest so although i recognized some of the rest, i didnt quite know their names and was a bit too shy to ask, and also they were all really really good looking which explains my pink cheeks bahaha. 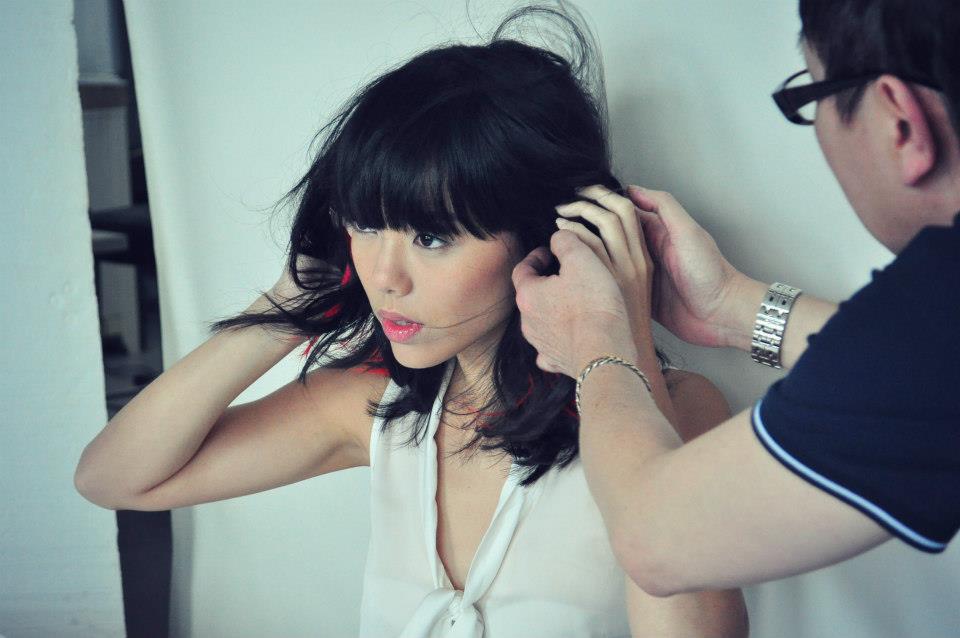 During our shoot- they brought in a fan so Andrea’s hair would be all sexy and wind blown and i was just like, ok brb going to buy a portable fan to bring everywhere with me now thanks. Reminded me a bit of Amy from Delilah doing Dream on by Aerosmith-

right? RIGHT?? Fan’s are the way to go you guys. 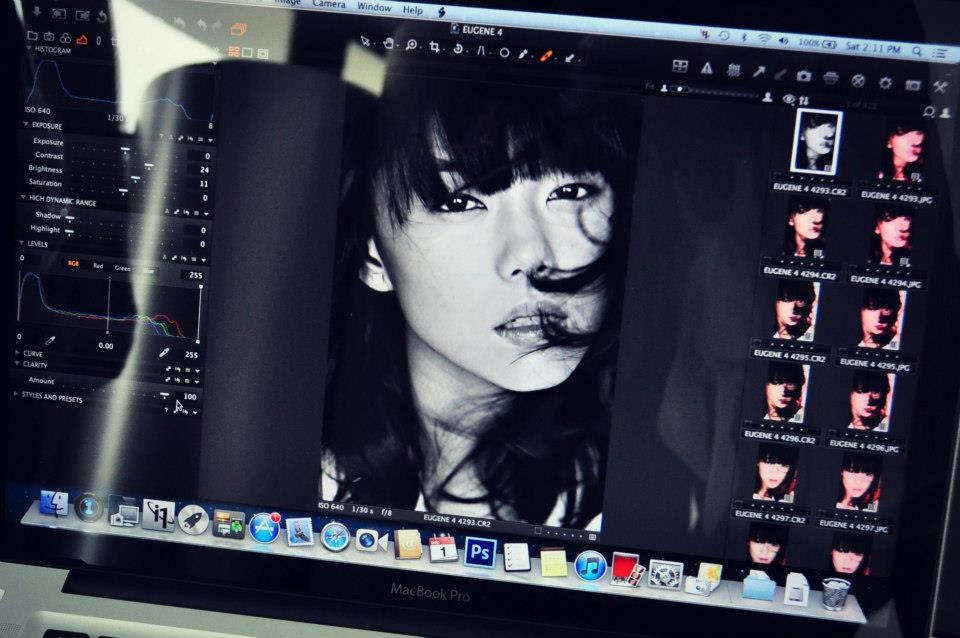 Sneak peek of one of Andrea’s shots.

IDK why i look so tragic and worried in my photos to be honest. Here’s a pic of me just trying to freeze while they arranged my hair. 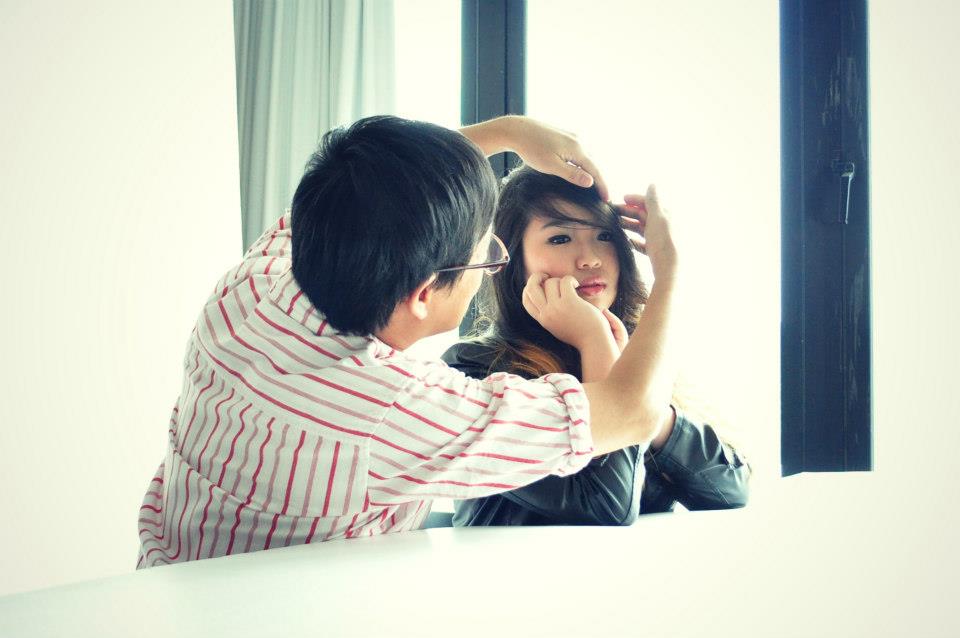 Everyone was telling me Jemma you got to FROWN. Frown! Look really angry! Someone killed your cat!!!! (the last one was Andrea) But it didnt work i was like guys i cant look fierce im not naturally ann angry person hiaop so this was the closest i got: 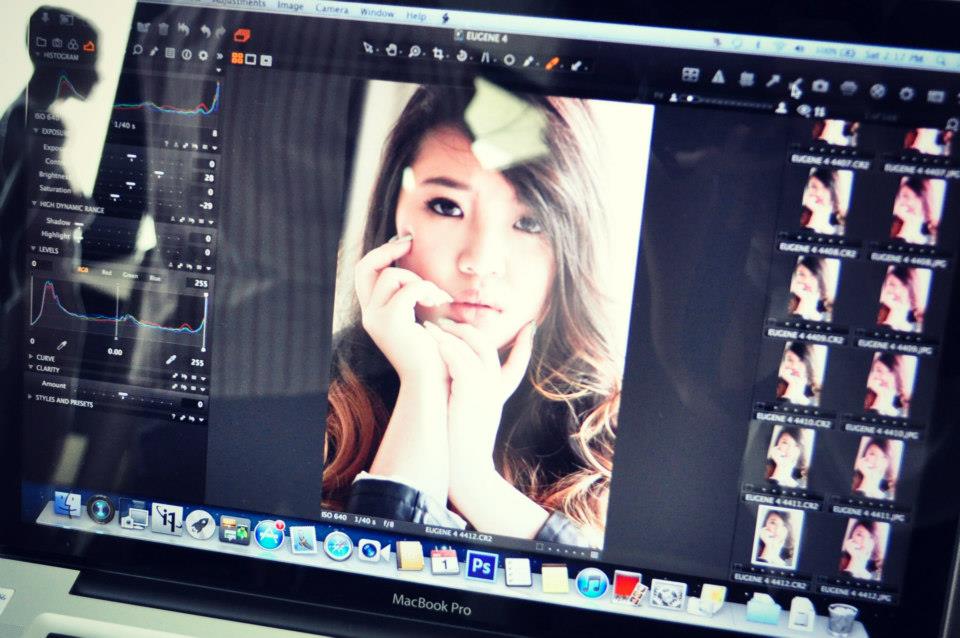 lol. Still, my hair looks mad cool doesnt it- i wish i could get it to do this more in real life. I actually really love the photos- creative director of the shoot was Cheah Wei Chun from Clan House Online– just look at his previous work, honestly, you just feel so safe like there’s no way you could look bad when doing a shoot with him even if you look like a cocker spaniel in real life. (thanks Edwin)

And the talent list continues- our make up was done by international celebrity stylist Grego Oh who’s done make up for shoots like Versace ads and loads of international stars- and still he’s so down to earth and humble. It was just so amazing. 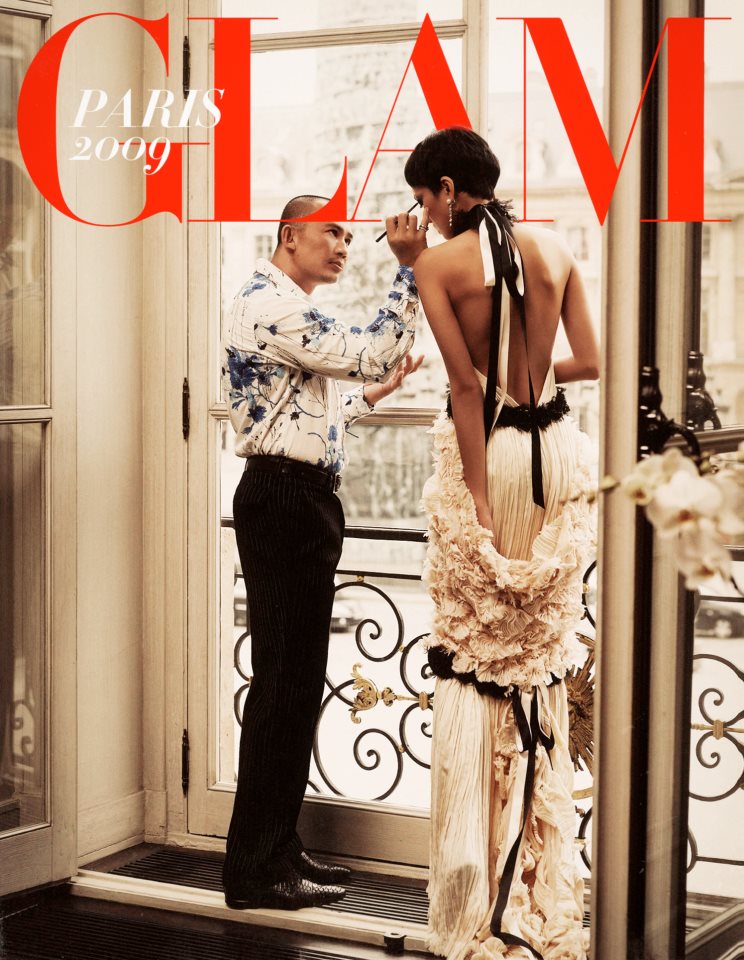 That’s him for GLAM. And here’s a pic with us: 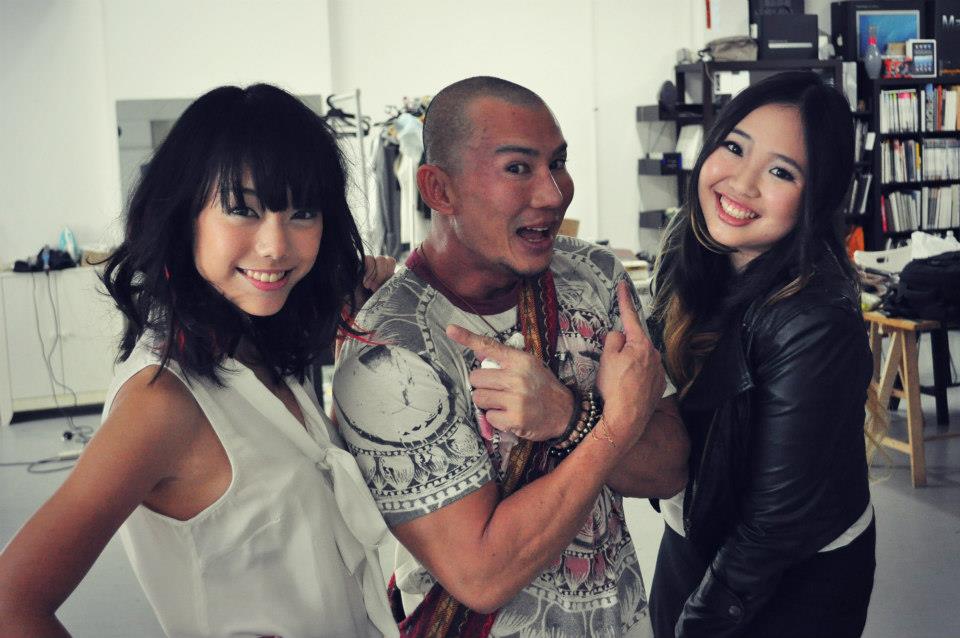 Looking really bubbly and cute in the middle! Seriously he kept a stream of compliments coming in while doing our make up, i dont think ive ever collectively received so much validation in my life before. It was highly gratifying. 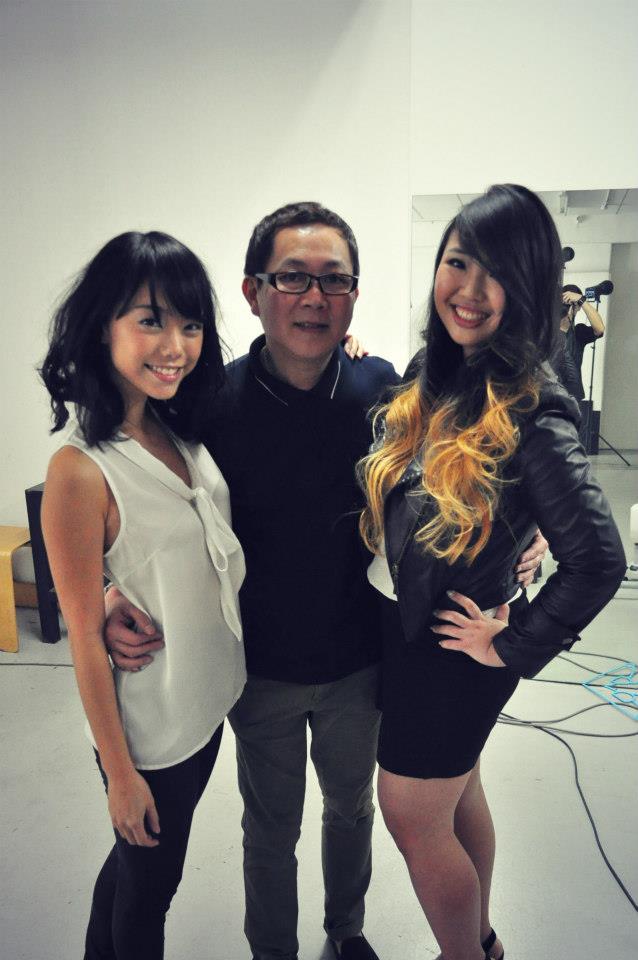 And here we are with our ‘hair-daddy’ Eugene, boss of Urbanhair and our current hair sponsor, and who has been nothing but amazingly generous and nice to us. He’s another one- so amazingly talented, and i love what he did with the whole inner layering of Andrea’s hair with orange highlights (it’s only temporary and for the shoot, but we loved it), somehow he can just look at you and tell you what’d look good immediately. Seriously, the max i can do to my own hair is pull it up into a ponytail and sometimes i have problems with even that. You can see his portfolio here / he also did our hair for the last Topshop episode, if you follow our show.

Amazing, amazing opportunity and experience, thank you so much Eugene, Urban hair, and everyone else involved. x

After the shoot i went down to town to hang out with Mart for awhile before meeting Xiaoqi and her family for her 20th birthday dinner at Angus Steakhouse, and as always, so dazzled by the christmas lights sparkling everywhere up and down town. Mart yelled at me a bit about my jacket (“don’t you ever take it off?!”) and for clarification, yes, i did wash it, what do you take me for, and i also did say that i was wearing it to death.. Fox out tough love leather jacket for the urbanhair shoot and after, yum. 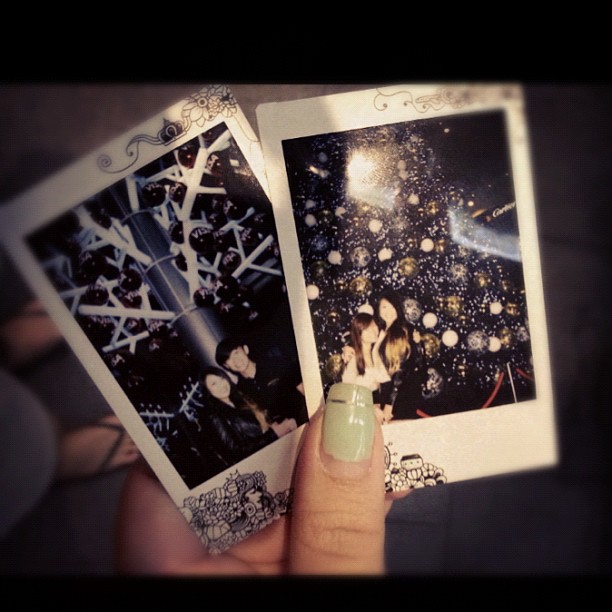 Also, ever since my contemporary literature paper i’ve been devouring non-academic books as though i don’t have another upcoming paper this wednesday- but well, hey, everyone deserves a bit of a break. Over the past couple of days ive read Oranges are not the only Fruit by Jeanette Winterson (yes), Wide Sargasso Sea by Jean Rhys (depends, i didnt read jane eyre so i didnt really get it, also, dont like postcolonial novels), High Fidelity by Nick Hornby (yes, yes and yes), and am currently on I am a Cat by Soseki Natsume. It’s fantastic; nothing i love more than curling up with a book or several, and coffee, and just losing myself in a different life. You know it’s a hell lot cheaper than a plane ticket, in any case. x