it feels like a long time since i’ve blogged- either that, or a really short time, i cant quite decide. On one hand, i miss the soft depression of the keyboard as i tap away at it, spilling out all my thoughts to strangers on the internet (that’s you guys) (stranger danger!!) (this is what my mama warned me about) and on the other, between retching and the endless stretch of revision that has to be done for the exams to come, it seems like i could go on forever not updating this space. Yeah okay lets stop pretending that you guys missed me and that’ll make everything a lot less awkward for everyone.

my disgusting food poisoned state has been a consistent source of glee for all my friends. thus the fate of misfortune striking you when you’re surrounded by literature studying friends during the exam period- everything is an opportunity for wordplay. i had to get an injection on my ass (i was only just damn scared ok i hate needles) because i seriously couldnt stop puking and it led to:

Andrea: guys she just had an injection on her ass
<< a million self proclaimed badass jokes later>>
Marcus: “keep the jokes coming guys, else you’ll fall BEHIND”
Fiq: “i’m fine ASS long as I don’t get an injection”
Juls: “if you ain’t got no money take your broke ASS home”
Fiq: “i know that song, glamourASS”
Juls: “BOTTOM! Midsummer Night’s Dream what uppppp”

on the other hand, i went for my best friend’s ORD parade today after filming at SMU. I’m still not completely recovered yet, and my eye has decided to throw a bitch fit and turn all red and stuff (i swear i completely flipped two nights ago, started shouting OMG WHAT IS HAPPENING TO MY LIFE first i puke nonstop now my eye is dented) so i had to wear glasses for filming and the ORD parade, but i cant not go for this! I was seriously so super excited because i sent him in when he first enlisted 2 years ago, and went for his POP parade, and now he’s ORD-ing!!!!!! excessive use of exclamation marks indicative of excitement levels, of course 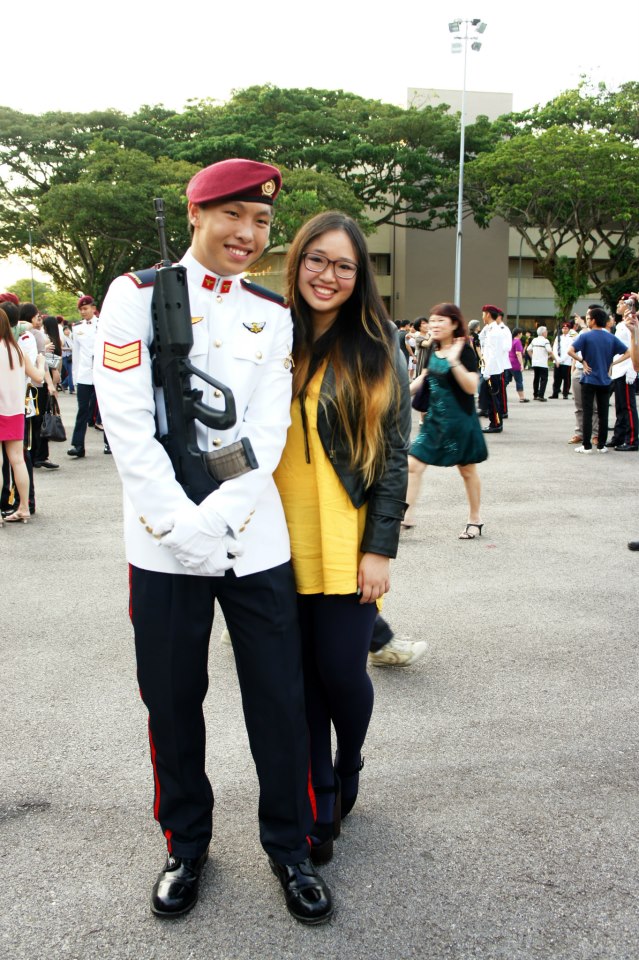 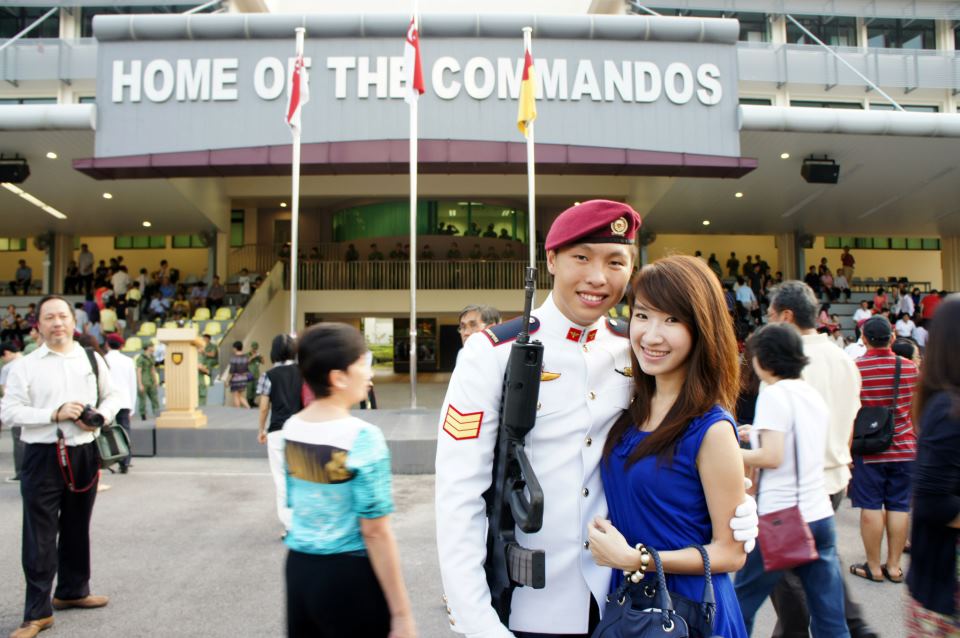 With Indri, my best friend in law x

I also ran into Cohen, who was ORD-ing too, there! Goodness. I can’t believe it’s been two years since they’ve enlisted.

Leather jacket sponsored by Fox Out, yellow tunic from bangkok, tights from ASOS, heels from topshop, satchel from bangkok. The thing about clothes from bkk is they’re really great on variety and color at a low enough price to make you feel ok being adventurous, but they just crumple so easily.. On the other hand, im really loving the jacket- it’s my first leather jacket, never invested in one because they tend to cost quite a bit and they look like they’d add on unnecessary bulk, but i love this one!! 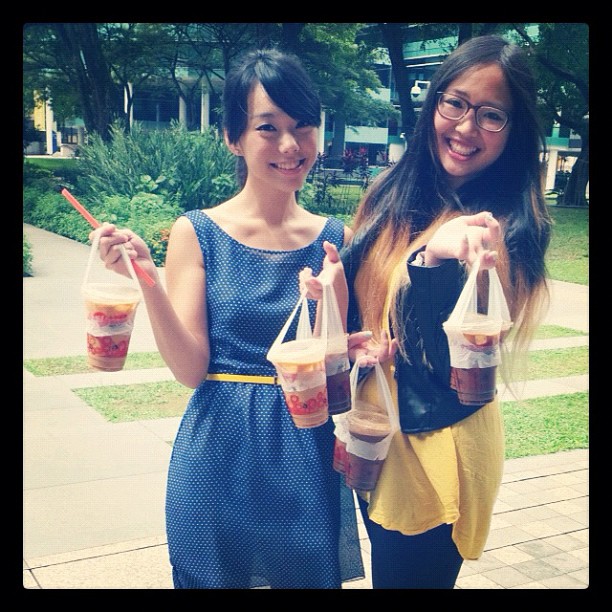 I wore the same thing earlier in the day for filming- we were at SMU. I look a bit daft with the glasses, like im perpetually cockeyed, but whatever. We might be doing an episode on Bangkok fashion early next year! Keep your eyes peeled 😉

Last night in my sleepy and completely zonked state I headed down to the Esplanade with the rest of the lit kids to celebrate Lexy’s 20th and watch Marcus play a set. 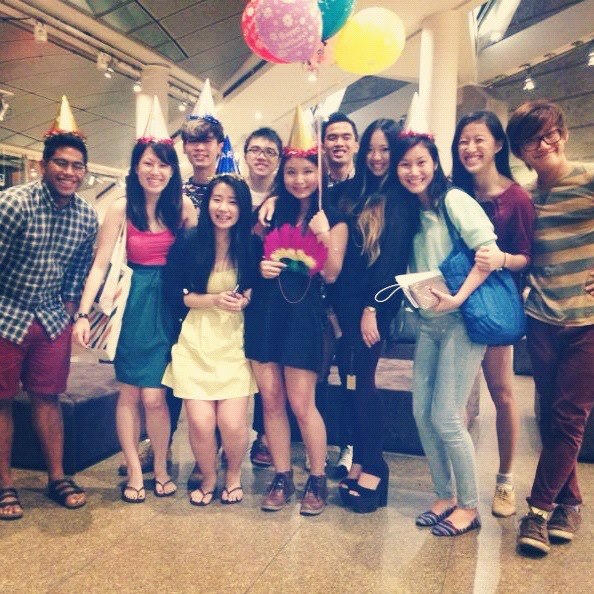 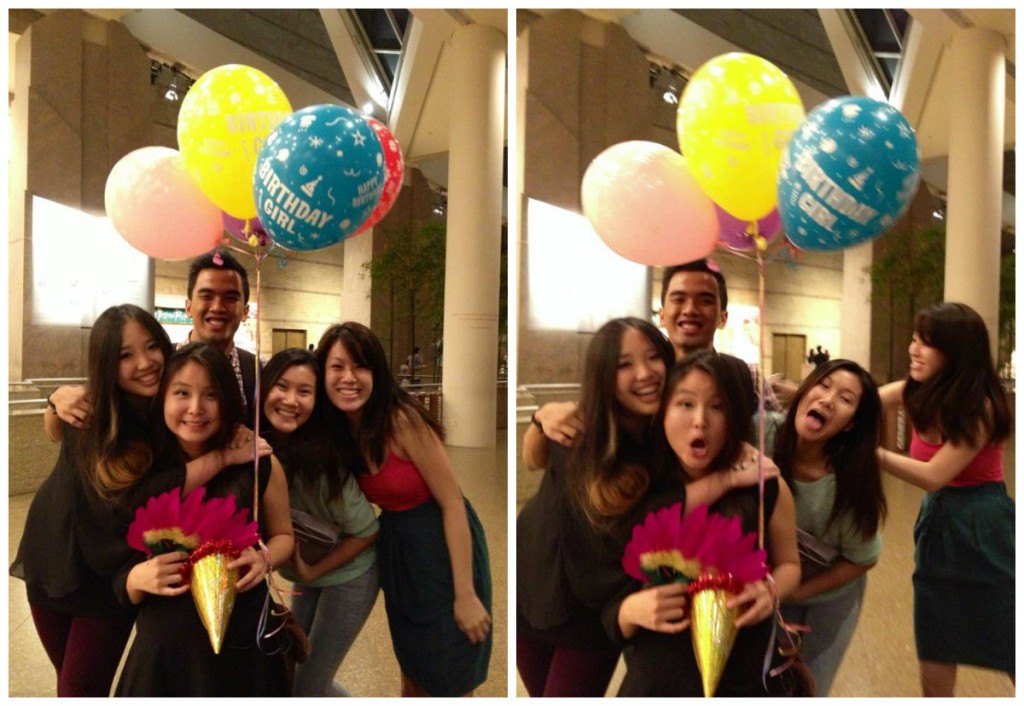 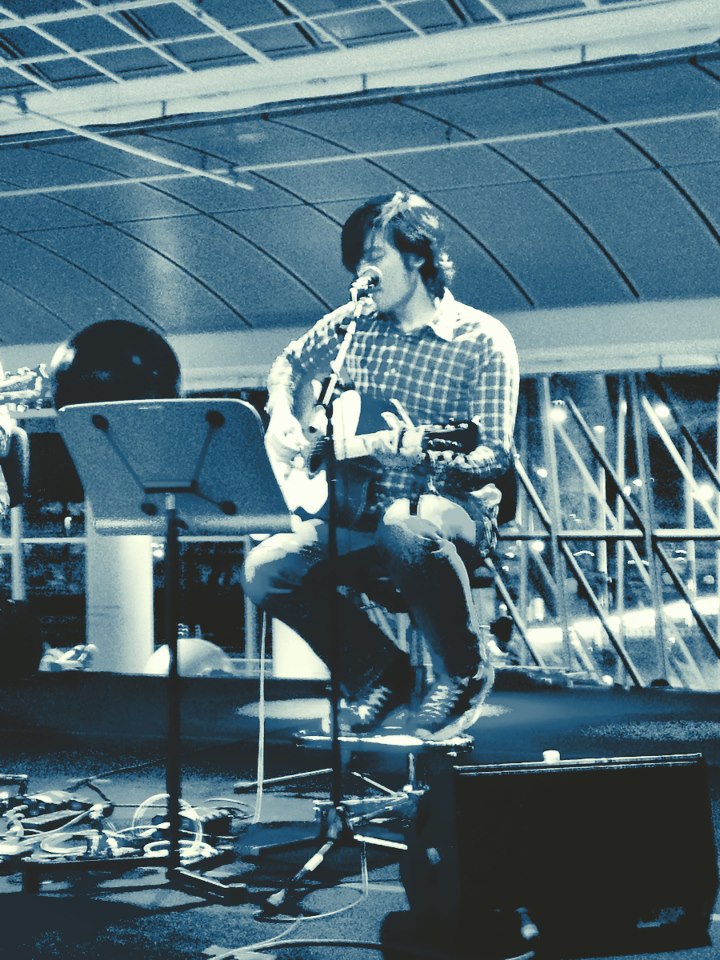 Surrounded by talent, i am. You can subscribe to Marcus’ youtube channel here and watch him as 1/3rd of the Huckleberry friends here.

In fact, here are a few of my favorite covers from them:

Speaking of music, i received the most amazing get well soon gift from Sony a couple of days ago: 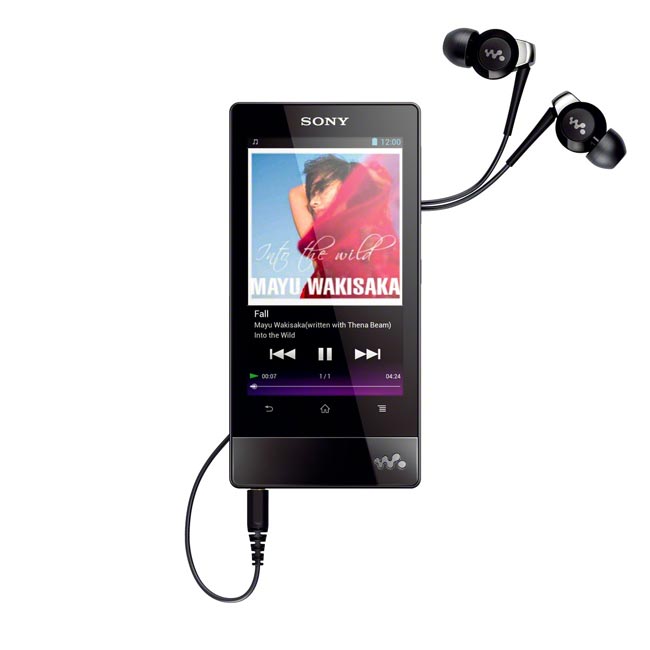 I’m not even kidding! It’s the coolest thing ever, i havent had much time to fiddle with it but i loaded in a bunch of my favorite songs and named it the Batman because it’s, er, black. Way to go for originality. But whatever. It’s running on Android 4.0 and is essentially a phone without the call function, i even can instagram on this thing! (no camera though :/) I attended the Sony Walkman Z series launch a while ago at Helipad, and was vaguely enchanted by the walkman in ways you are when you can’t afford something new and shiny, so it’s really sweet of them to ship it over to NTU for me 🙂

Christmas came early for this sick girl. Anyway, i’ll write a bit more on it when i’ve got a bit more time to do more than just listening to music and instagramming this exam period. Thank you so, so much Sony- it’s really fab of you guys to be so thoughtful!

Beyond that- yeahh, it’s been hectic and kind of really miserable, really, what with being sick and the exams forthcoming. Hope things have been better for all of you, and keep safe! x I’ll be back blogging regularly.. soon.