The only time It’s hell week sounds acceptable is when it’s immediately followed up with but i’ll get a six month bonus in december. Unfortunately, neither are applicable in this case. It’s hell week over here and in colleges all over singapore you guys, which means very little sleep, too much work, and a whole lot of weight put on our personal opinions which are in all likelihood a whole lot of bullcrap conceived over 1664 kronenbourg and ennui. (If i have to write “I propose that”, “I believe” or “As I said” one more time im going to call them out on that and ask them if they really care what we think) (o.k. just kidding im just talking big i have no balls) You’d also think that with so much work and so little sleep/time to go out for meals, we’d have lost a little weight but nope, you guys still get to poke fun at me in our upcoming episodes. Damn you, instant food and msg.

When I did get a chance to step out though, this is what i got to do. Last night’s NYLONSG x Juicy Couture Holiday 2012 Preview event was a pretty good respite from the likes of Barthes and Derrida, a lot of black and sparkle this season which pretty much meant juicy glammed up big time without losing their girly charm. My impression of JC has always been velour and that epic perfume we all love, but this season they’re bringing on sequins and the classic angora sweater. Something about it just makes you want to jump into it and start stuffing your face in it with a daft smile like i imagine they do with autumn leaf piles. On a separate note, you can’t say Juicy without winking. You really just can’t. 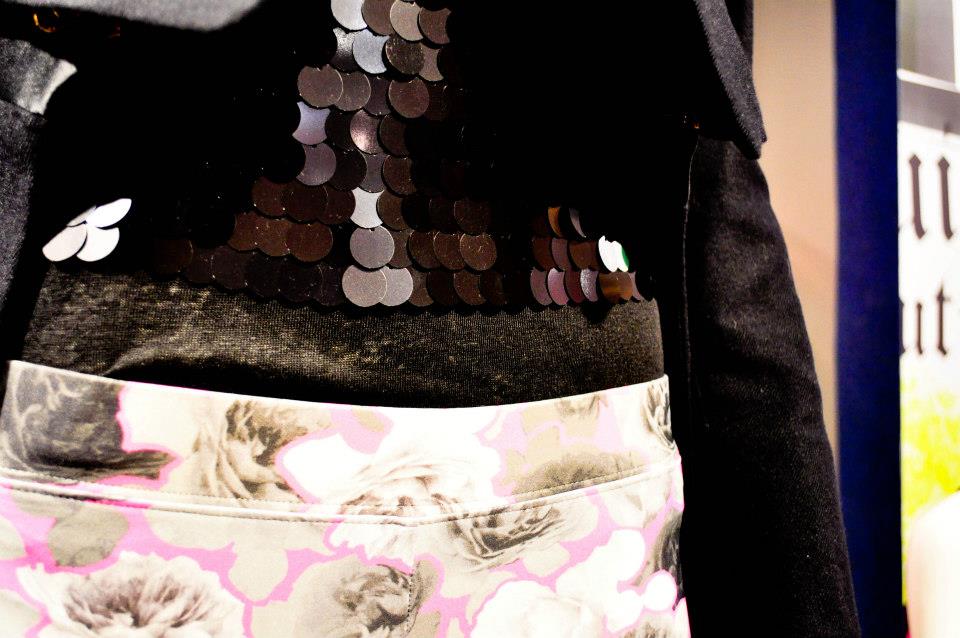 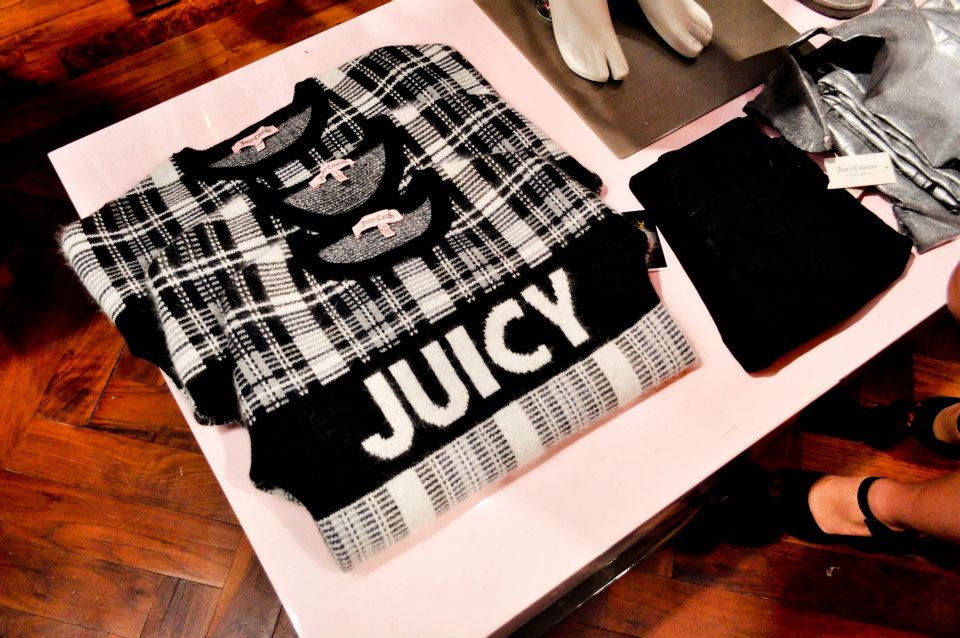 I really wanted to just stand there and stroke it, but it was a public place, and it would have been awkward. Also, i doubt anyone would notice if you get cat fur on your clothes wearing this, although if i did bring this home Athena would quickly claim it for her own.

I was also a little bit obsessed by the baby shoes they had in the corner, but i didn’t take a photo of that. What i did take a photo of (or rather, with) though: pretty much everyone who was taller than me. And this was in my six inch heels! 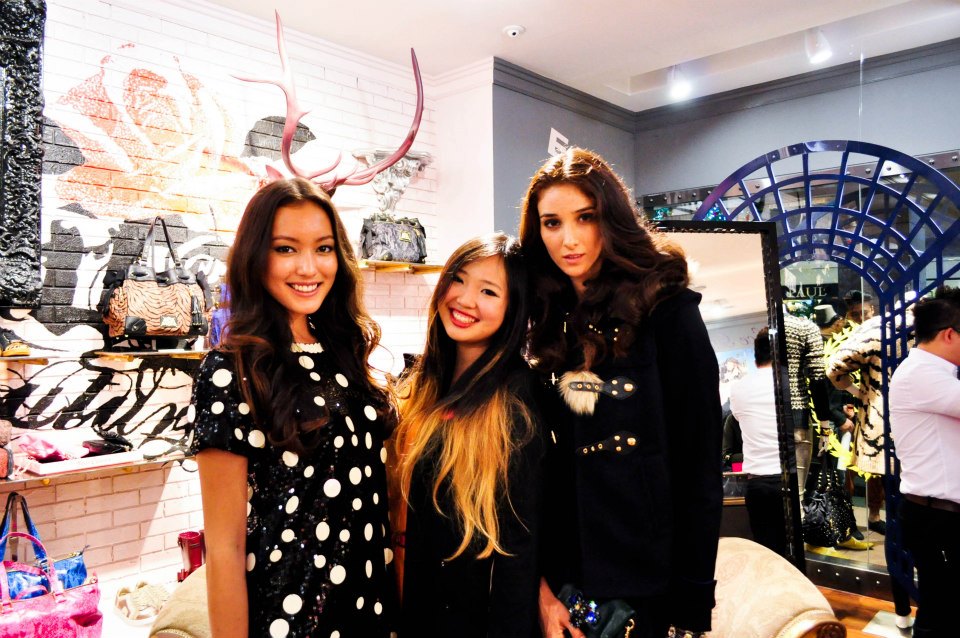 If i keep hanging out with the likes of these two, people are going to start thinking im beautiful by association. It’s a good plan. 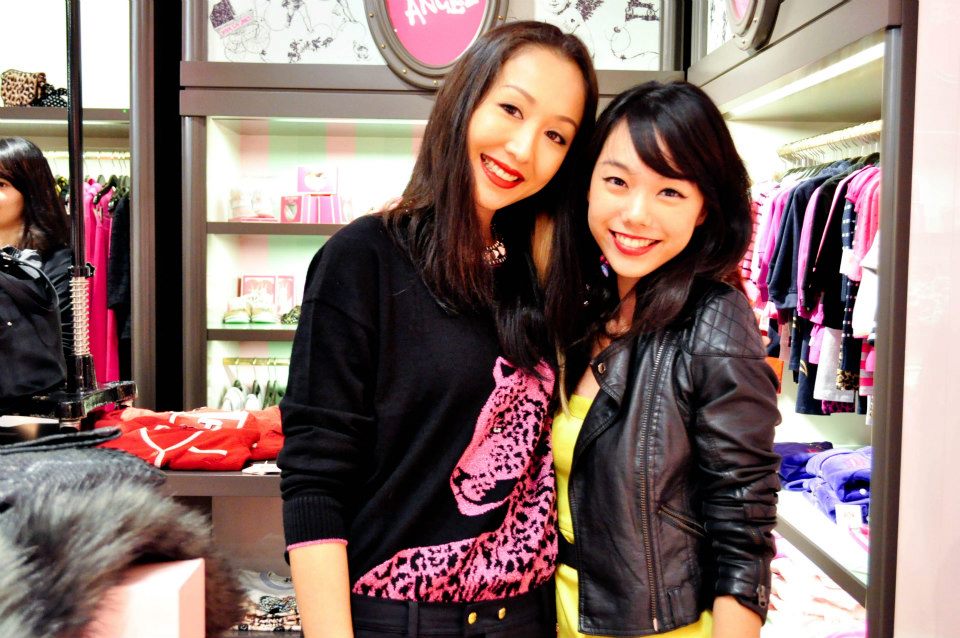 And the extremely cool Rozz! Everyone was kind of just starstruck when she walked in. You might know her from 987, the shan and rozz show on clicknetwork, or the cover of the latest issue of Nylon. Despite all that, she’s incredibly friendly and drea and i just kind of fell in love, like you do when you meet johnny depp, or miranda kerr, or any of those people who just exude charisma. 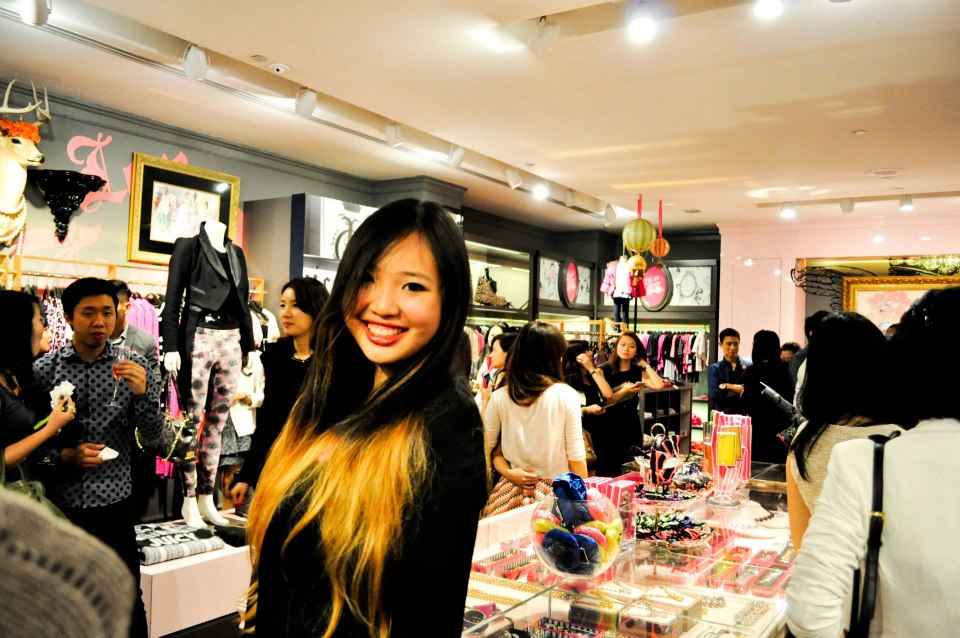 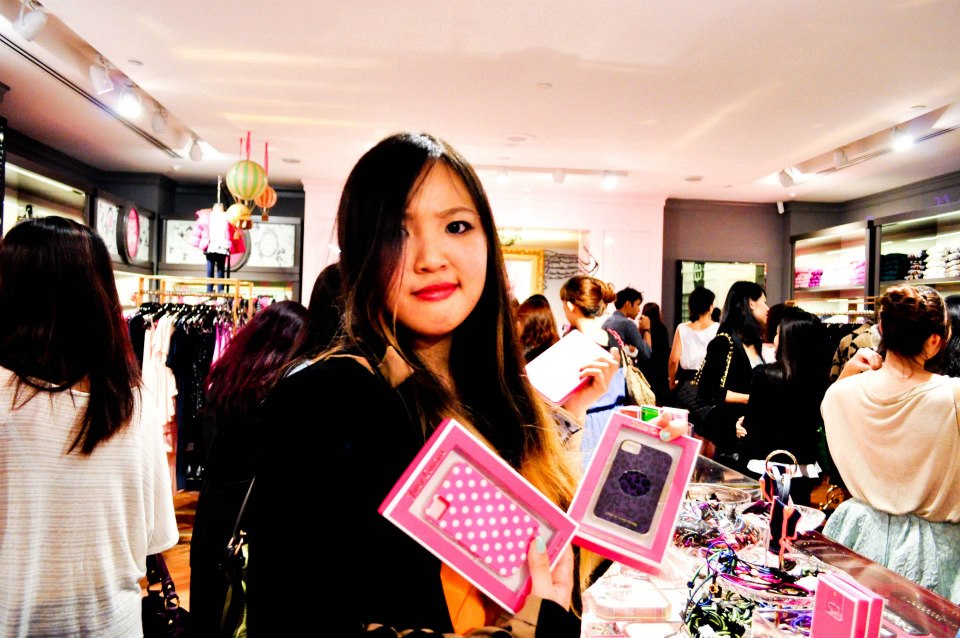 I know i know. Someone asked me lately if im going to stop posting photos of myself making stupid faces now that i’m twenty. Nope. Sorry guys. Anyway, these iphone cases are lovely, except for the fact that i dont actually own an iphone. Drea and I won their photo competition, and the prize was a gorgeous Juicy coin pouch and iphone case, which means that one of my iphone touting friends are about to become very happy soon. 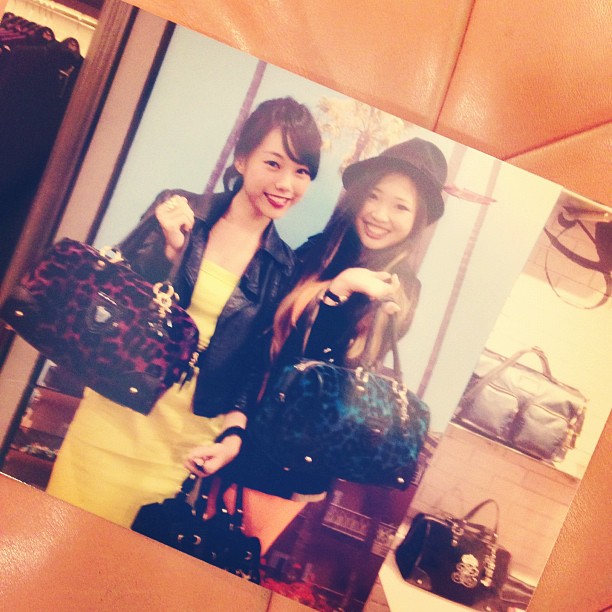 Drea and I are dressed as a pair of pilot highlighters, can you tell?

I’m telling you guys, the way to go when you want to win photo competitions is just to hold as many bags as you can and smile like an idiot at the camera. This is the second time coming- the first time we did that with Carlo Rino bags and they invited us to be their in house style gurus. 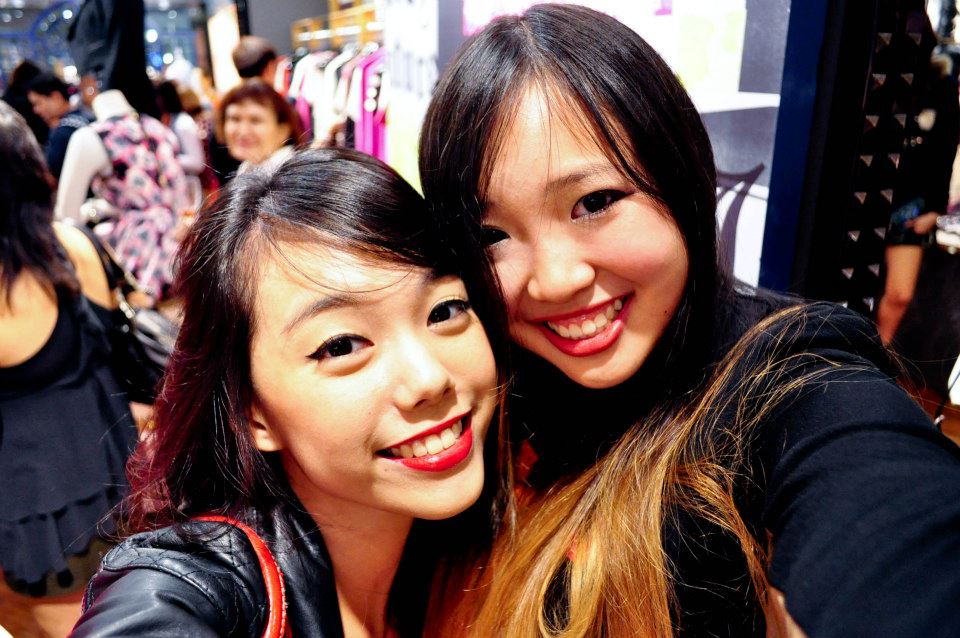 And lastly, here’s Exhibit A: Effects of Hell Week. Ugh. You can see our exhaustion, slightly red eyes, exhausted skin, flat hair.. yuck. I gross myself out. Her DSLR has a flip screen so the self shot is mandatory (duh) but we regretted it almost immediately. Here’s to the 5th of December when the exams are done chewing on us and spitting us out.

Okay, ending the post here. I wanted to go on talking about the Rocky Horror Picture show last friday night, courtesy of the Perspectives Film Festival, but there’s a lot I want to say about it and the post is getting a bit too long as it is. Also i have three deadlines tomorrow and i really need to get started. Did i say started? I meant, continue working on them.. or whatever. I’m not kidding any of you guys am I.

It was awesome- I loved the experience, and in my next post im going to be talking about this as well as a whole bunch of other amazing animation shorts i’ve seen this week. I’m sure you guys have worked out by now that I’ve got a weakness for animations, stop motion, computer graphic animation, or plain old classic movies, which is pretty much a fancy way of saying I like pretty moving things and going to the theaters. Still, I think my next post might be the last of my animation clip picks of the week post series for awhile, because does anyone even click on the videos? Or do you guys just sit there and smile tolerantly with the scroll bar while waiting for me to shut up about stop motion and start talking about other things? I get lots of reactions regarding my behind the scenes posts but everyone is strangely silent when it comes to the animations. But whatever, im just whining. Let me know if you actually like the films, but otherwise i might just watch them alone in my room with fries and beer and stop posting them up here instead. You know how it goes.

Thanks for the invitation and the lovely night, Nylon Singapore!