This week’s animation pick is Mermaid (1964) by Osamu Tezuka. I know half of you will skip over the video because that’s what people do with videos and blogs but come on guys, it’s only eight minutes and everyone could use a break from the studying!

Osamu Tezuka is affectionately known as the Japanese Walt Disney– this week in animation class we were just so taken on asian animation. As much as i hated the fact that i completely could not get classic chinese animation, I’m grateful that i can at least appreciate some asian animation. Felt like i was betraying my roots and heritage with the first half of that sentence.

The film opens with a boy dreaming on a very Orwell-ish island where dreaming is prohibited. As the film progresses it gets increasingly heartbreaking- the boy is subjected to torture, conditioning, and indoctrination as punishment for refusing to relinquish his dream. (he falls in love with a mermaid, no one sees it except him, it’s complicated just watch it.) Manga isnt for you to contemplate, its for you to follow, says my lecturer, and this one is really a masterpiece. Viewing required.

These couple of weeks have just been so school oriented, and i dont see how it can be any other way with the deadlines and exams all looming angrily. Next week alone i have four submissions. It’s awful and exhilarating at the same time. So grateful then, for a break last night- Candice, Edwin, Mart and I made a snap decision to get salmon at kushin-bo JP and catch Skyfall. 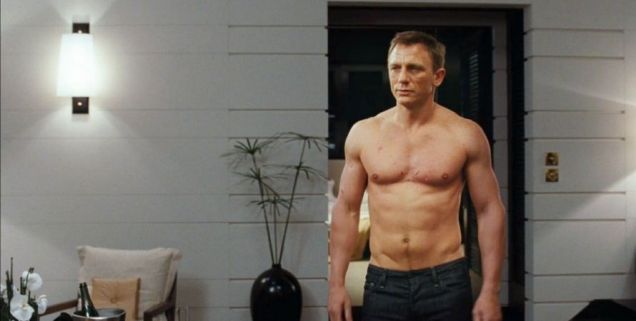 Skyfall was essentially Daniel Craig running around topless and flexing those muscles under the guise of shaving his stubble half the time. You can decide for yourself if that’s a good or bad thing. Also, the opening credits went on forever because it was an adele song composed specially for the movie, and it’s brilliantly and innovatively called.. Skyfall. Yep.

That’s all im going to say about the movie because i dont want to get smacked by people who haven’t watched the movie for posting spoilers.

A couple of weeks ago we had a formal shoot for the 9th MMC and everyone got too excited about the props because, you know, there’s something a little hard to resist about toy guns complete with sound effects. 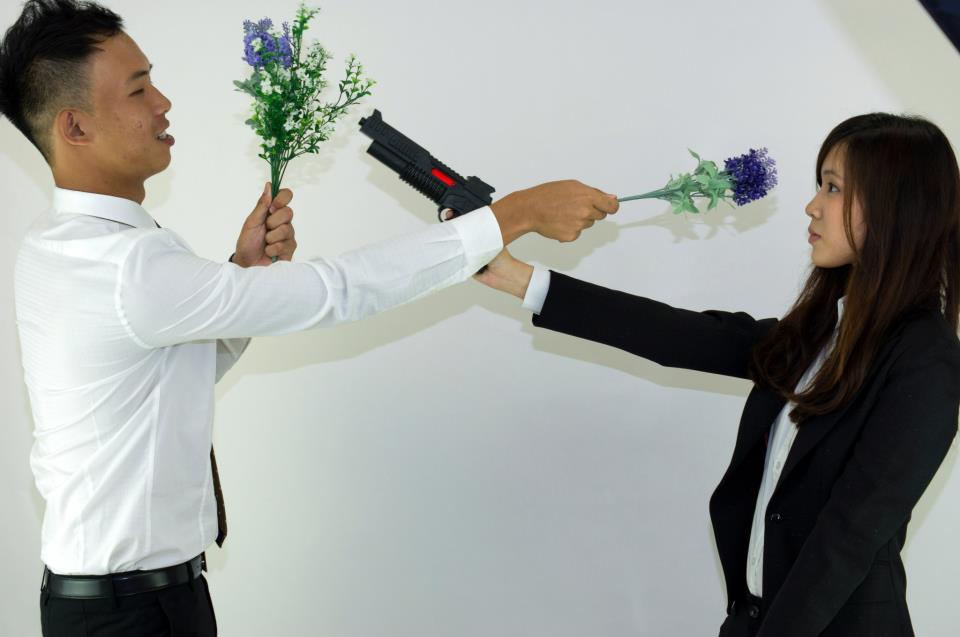 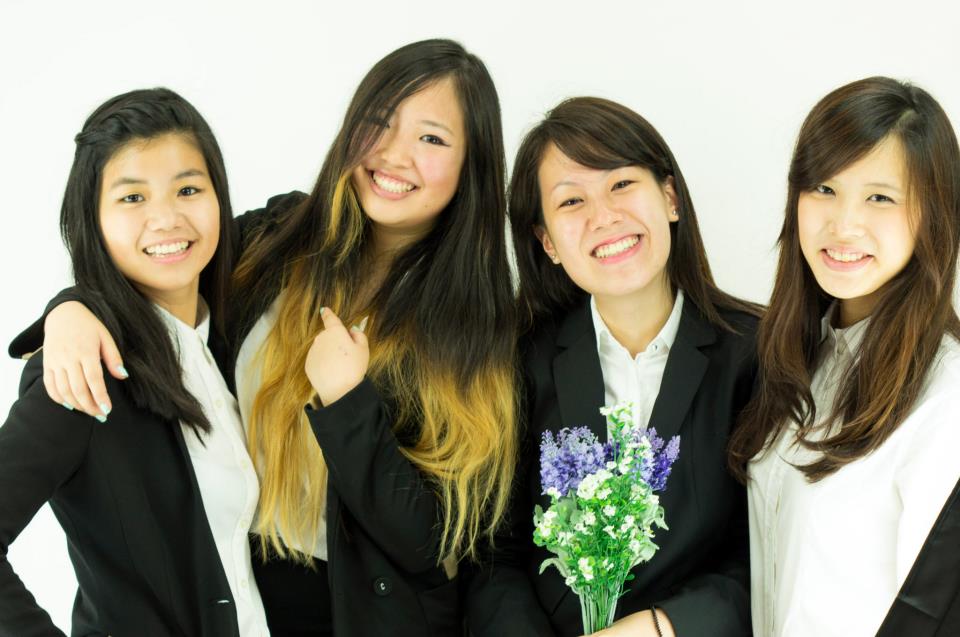 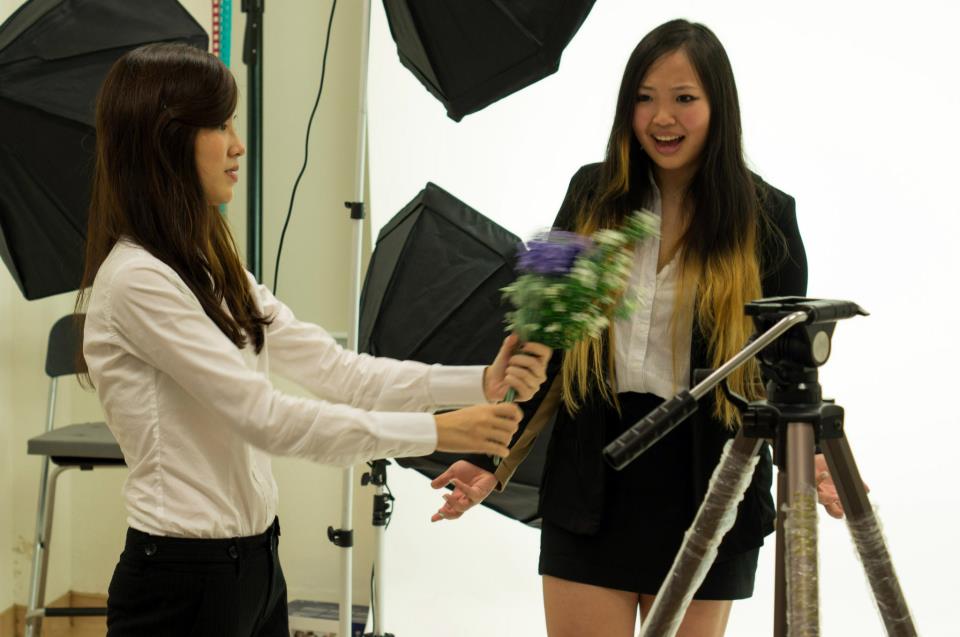 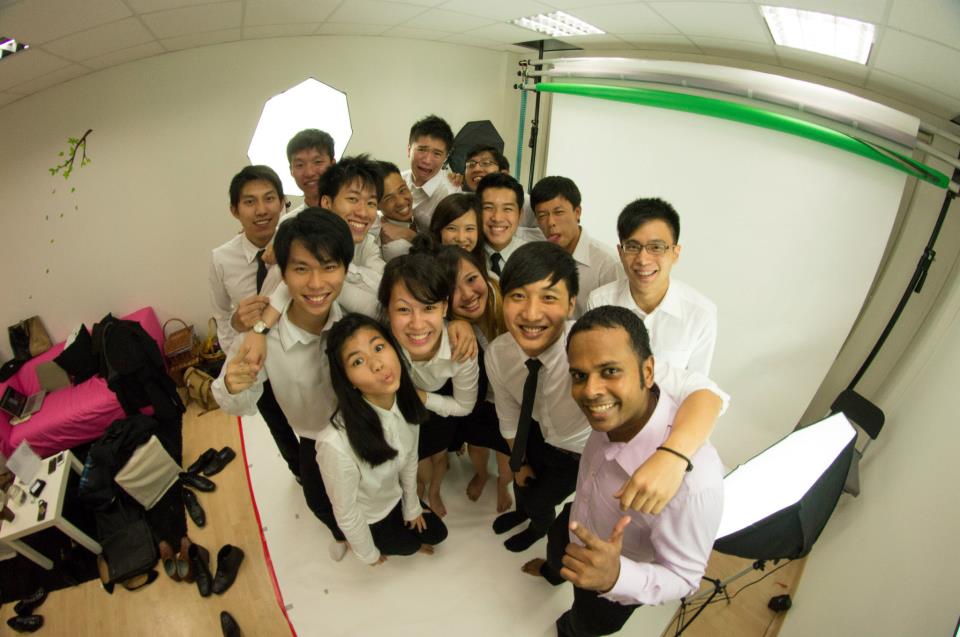 You do see what i mean, don’t you?

We also had the bi-annual HSS Exam Welfare Week the past couple of days, a twice-yearly procession where we stock up our warriors (students) with army rations (welfare goody bags) to prepare them for war (the exams). 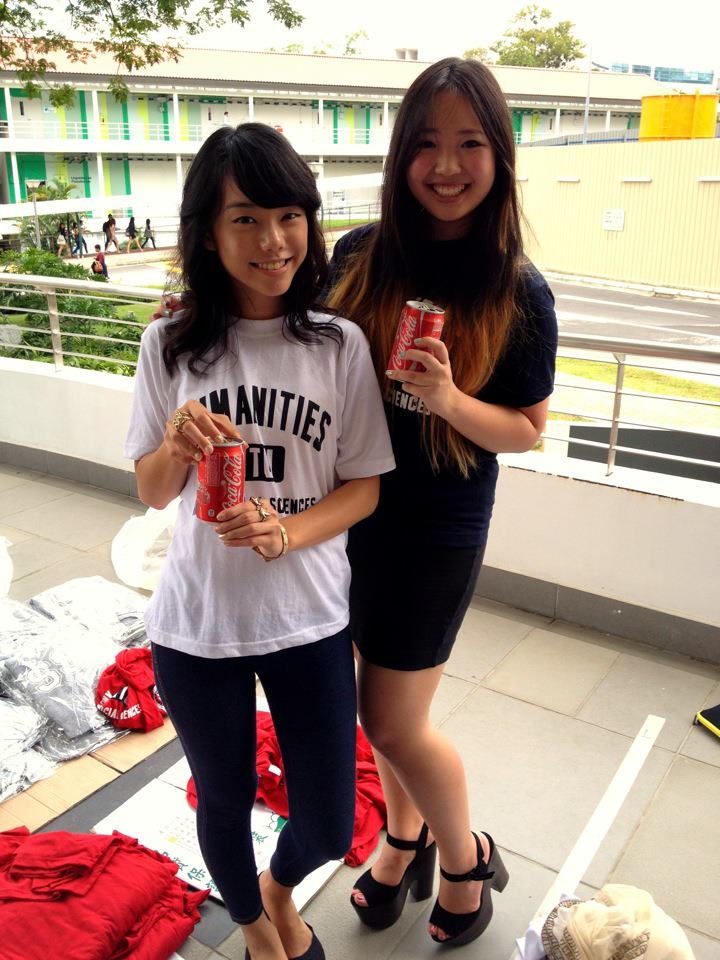 Chong came down to help too- we’re sporting loads of school pride at ten bucks each aka the HSS tee in white and blue, and ice cold coke from @cokeSG, one of our very generous sponsors. It makes sense because The Weather.

Of late my studying pattern has also taken on alarming habits. Basically i write and type a lot, get frustrated, drink some coffee, get pissed off at the time, write some more, shop online, stare at my work again, and then 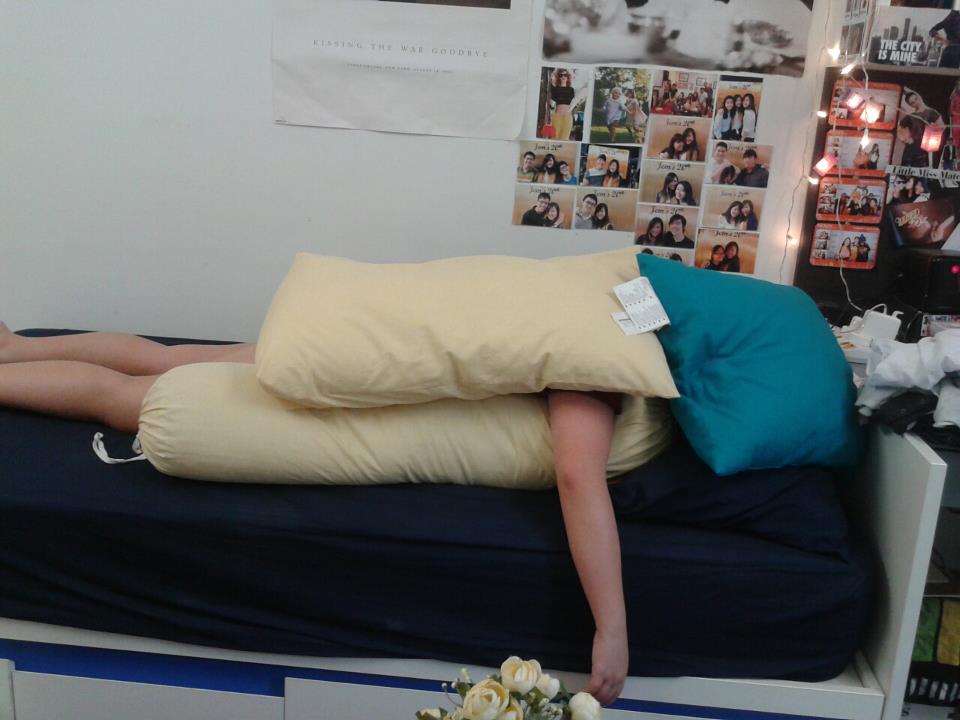 This photo was taken when chong decided to ambush my room and my bed and basically built a pillow fort around the concussed me. When the photo was taken i was pretty reluctant to let it go up but she’s stuck it all over facebook anyway and it really is the kind of thing that gets funnier the longer you stare at it.

Have a great end to the week you guys.