I watched a spectacular number of things this week- movies, shows, and cindy sleeping. Yeah, you know it. It kind of feels like i have to talk about these because school is driving me absolutely nuts (3 x 2 hours of sleep, 4 x essays, 1 x presentation) and my idea of getting a life includes watching a bunch of movies and catching up this week’s episodes of everything.

Thursday we had the annual HSS movie night- it’s an overnight movie marathon, this year’s was halloween themed and it was really well done, decor, scary roaming undead people, candy, and an unexpected red room of horror you have to pass through in order to get in. Kudos to the social portfolio! By virtue of the sheer amount of work i had due, i could only pick one movie to watch and I picked Insidious 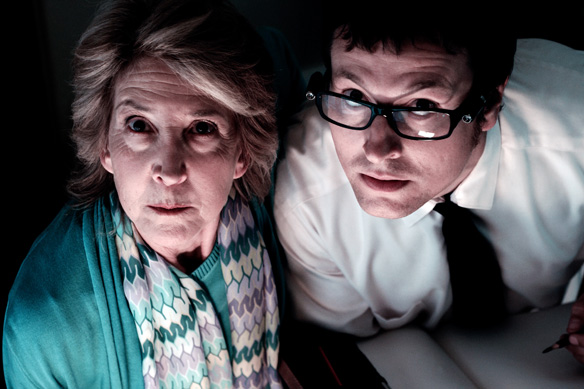 I don’t know man, everyone was telling me how scary this movie was so i went in really excited, but i was laughing throughout the entire movie. How awkward. I liked the premise of the movie- astral projection and being unable to return to one’s body, it’s a very interesting concept with a solid scientific backing and countless novels spun off it well.

I also liked Rose Bryne (bridesmaids, x men first class) because she was very pretty and confused and dealt with the situation in a way that did not involve crumbling and squatting in a corner, which is more than i can say for half of the population. I’m trying quite hard to remain positive here.

But everything else was just a little bit painful to watch. Either that or funny, you take your pick. There was this moment at the start of the movie where Rose is fixing her son’s sheets and finds a patch of blood at his foot. My thoughts were 1. OMG HE GOT HIS PERIOD BAHHAHAHA and 2. Oh wait it’s a handprint. in that exact order. On hindsight i suppose it might have been scarier if i didnt assume the boy in a coma had started menstruating.

There were too many plot holes (unrealistic scenes, jumps in logic even the science of astral projection couldn’t fill), the background music was horribly blatant in the JENG JENG JENG JENG OMINOUS MUSIC= something is obviously going to happen kinda way, and i couldnt quite figure out if the actors were trying to be ironically funny or if they just couldnt act, bless their souls.

besides, im pretty sure the main demon in the show is some bastardized form of the chinese ghost:

Still, i googled it and the film budget was only about 1.5million which is about the same price as a piece of landed property here in singapore, so okay. 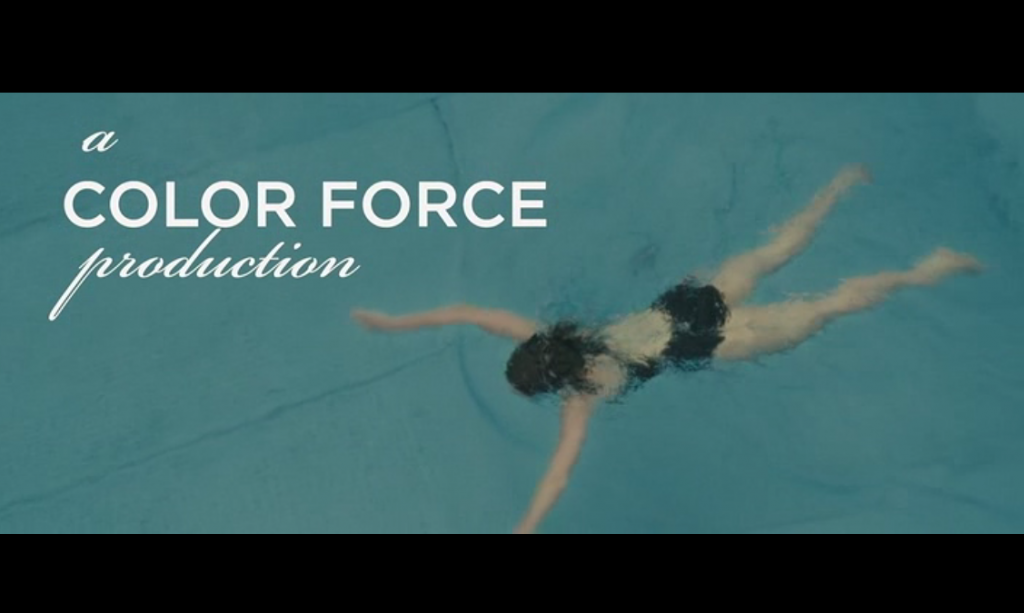 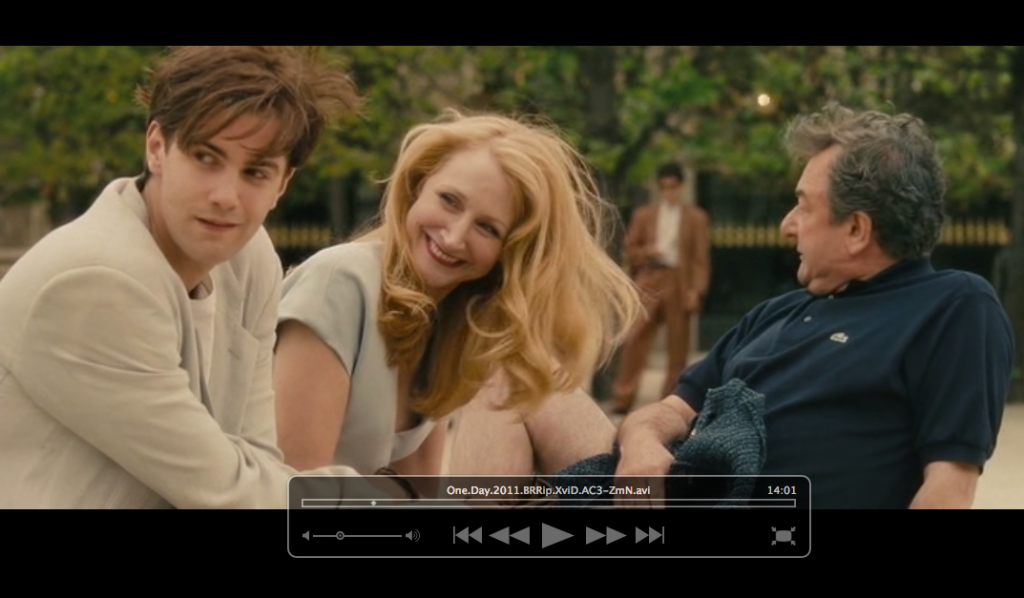 Does that face not just take your breath away? Most of the film i was just staring at Jim Sturgess’ face and wondering why he looked so familiar and it turns out he’s the charming george boleyn from the other boleyn girl, played alongside natalie portman and scarlett jo. After reading on his wiki page that he also played in a band (the dude is gorgeous, musical, and can act!!) I was also wondering if he would marry me but i wikipedia-ed him and it turns out he’s attached to some equally talented girl, so there’s that.

The movie, for me was great, but that’s mainly because i loved the book and this movie just helped paint the scenery and faces to the words already in my head and a good visual revision of the novel. Otherwise it might have been a bit rushed, but then again they have 20 years of material to get through in that short one + hours. Objectively, they could have done better actress wise- anne is normally great, but her accents were just a little odd and emotional depth just wasnt there.

Still, there’s jim sturgess’ face, which is a huge redeeming factor for the show.

I dont even know if i should bother talking about this week’s episode of the vampire diaries because i am so obviously biased and i think this show is the best thing to hit television. 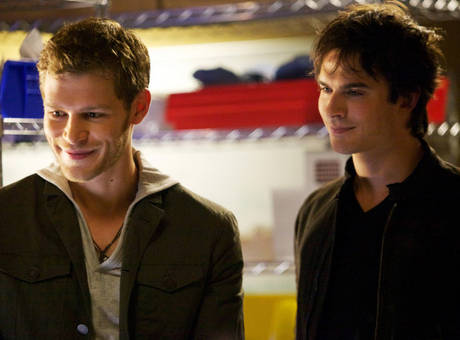 Everyone is just extremely goodlooking. I hate the new opening sequence (This is my home. And mine. And mine. blah blah. And now there’s elena.) and elena is still very pretty and very annoying and whiny. Everyone needs to stop fighting over her because there are other hotties in the show too and her character has no exceptional redeeming qualities as far as i can see (unless guys like whiny girls, in which case go get her bro) 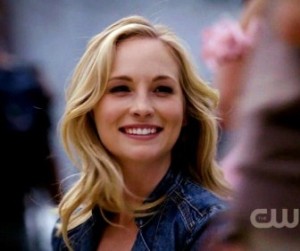 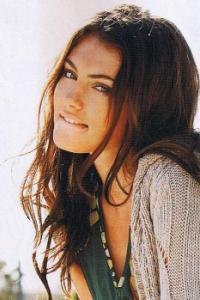 Candice Accola is rapidly becoming my favorite female character- the development of her character arc over the previous three seasons is just fantastic- and she handled everything so well, all things considered. They also brought in Phoebe Tonkin as a character which pretty much certifies that this show has the best looking cast in the history of ever. Bonnie didn’t appear in this episode and exactly 0 people missed her.

My reaction to this week’s episode of Pretty little liars was exactly the same as this: 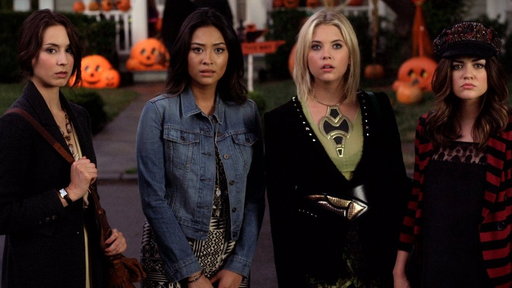 It was just so unrealistic. Convicted felons walking in and out of mental institutions like they are hotels, conveniently empty train corridors during a PARTY, all of them dancing to adam lambert in what i call the ‘Most Awkward Club Dance Ever- The Bounce’, adam lambert being in this episode at all, and toby turning bad?! 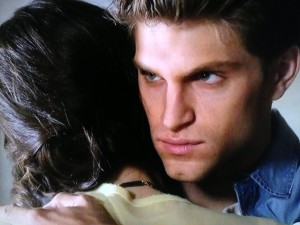 NOT POSSIBLE. I refuse to accept this. They essentially turned one of the best not-psycho-killers into a psycho killer. It’s almost like the writers think that as long as they have an extremely good looking cast they can be unrealistic with the plot and sequencing. The Vampire Diaries has got it’s eye on you, liars.

This week’s episode of Gossip girl was like any other week’s. I don’t know why i keep watching it, but theres something immensely therapeutic about watching rich and spoilt kids on the upper east side act like the world is falling through because their hair was parted the wrong way. I like the business twist on Blair’s character, Dan is being annoying, what is Nelly Yuki still doing onscreen? and the Rufus x Ivy is as disgusting as it sounds. Lastly, Serena used to be my favorite character but her trying to be a step mom is just a bit too much 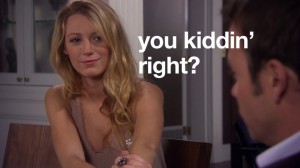 In slightly more local news, our latest episode of That F Word was released today: 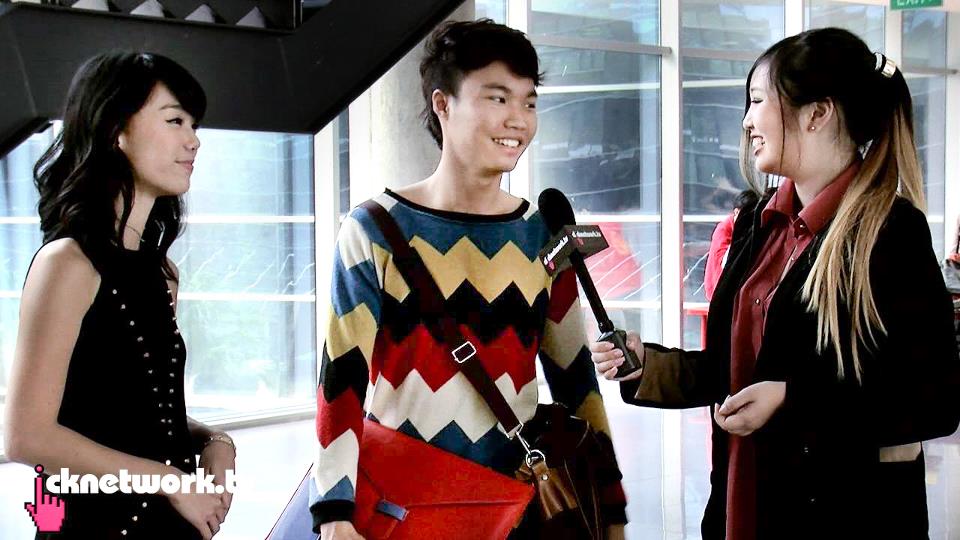 The moral of the episode is ‘you can get anything in bangkok‘, which pretty much makes me want to make another trip back asap. I got very excited over the fact that my hair is tied up in this episode because now my haters cant nag me over my hair. Please find something else to nag at me about, i’ve already got my mum who’s forever talking about my hair. A side note to my mum: see, justin’s mum doesn’t mind his pink hair. I’m just saying. 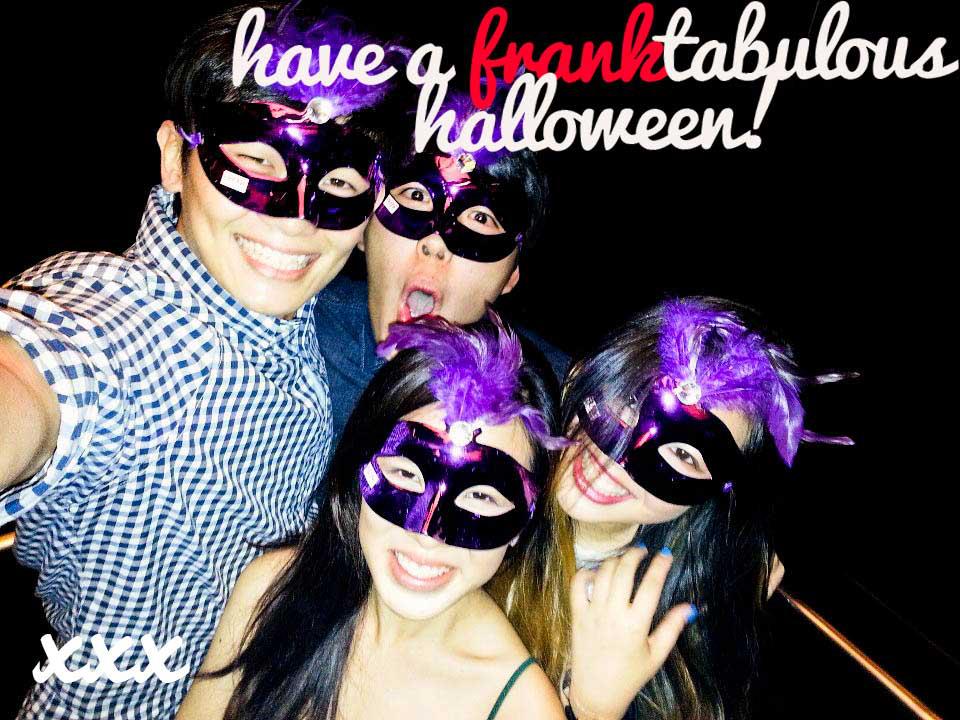 And everyone was saying that i looked better with the mask on. Such is life.

Early this morning, at about 8am, i went to the beach. I was trying to read in the sea, because in my head it was a superfun idea, bobbing along to two different rhythms of someone’s words and the waves. On hindsight, it also sounds awfully pretentious and stupid. It might have been a bit more fun if my pages didn’t keep getting wet. Also, sand gets everywhere, and i do mean everywhere 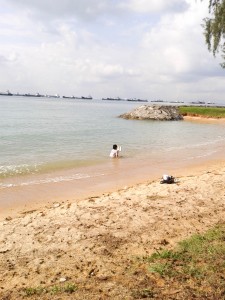 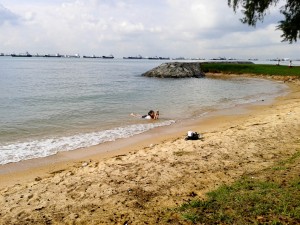 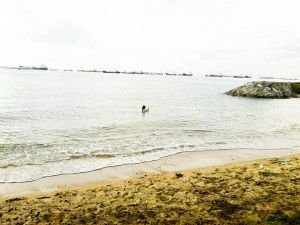