Ok i know i said this post would be a giveaway collaboration with carlo rino, but i’ve been very into my new relationship which hasn’t left me much time for anything else. When i say into i mean consumed by and when i say new relationship i mean previously neglected schoolwork and essays. So it goes. 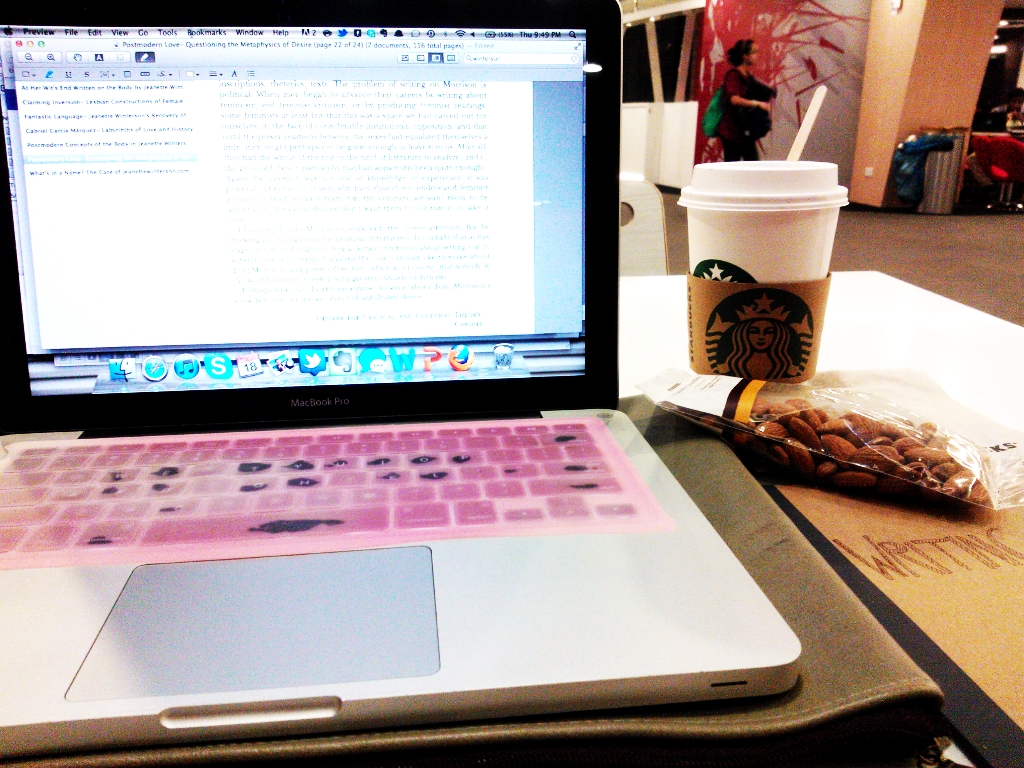 In any case- i’m roosting in my school’s starbucks at the moment with my itunes, almonds, and coffee. Of late I have been stuck on a cover of another oldie, A Fine Frenzy’s Fever. This morning, Cindy looked at her milo and crooned What a lovely way to burn. Such is the strangeness i live with. On my way to class i decided it would be a good idea to wear a maxi dress to facilitate studying but honestly all i can think of now is there is just so much skirt everywhere.

There were three films that stood out in today’s animation class.


“Every Child is an animated short film produced in 1979 by the National Film Board of Canada in association with UNICEF. This animated short tells the story of a child rejected of every home, then found by two tramps who give her love and tenderness.”

So perfect, so funny, so silly but so sad. The soundtrack in particular is amazing- the entire thing is premised on the voices of two men who warble and squeak to imitate the sounds of everyday life. So, so good.

The Street by Caroline Leaf.


“This award-winning animation is a poignant interpretation of a short story by Montreal author Mordecai Richler. It makes a strong statement about how many families respond to their old and infirm members. In washes of watercolour and ink, filmmaker Caroline Leaf illustrates reactions to a dying grandmother, capturing family feelings and distilling them into harsh reality.”

Boy want’s his grandmother’s room and starts waiting around for her to die.
Amazing dialogue, and done in paint on glass style (a technique for making animated films by manipulating slow-drying oil paints on sheets of glass)

Ballet Adagio by Norman McLaren, National Film Board of Canada

“This short film by Norman McLaren is a slow-motion study of the pas de deux adagio, one of the most exacting dances of classical ballet. A ballet originally choreographed by the Russian ballet master Asaf Messerer is performed for this film by the internationally known Canadian pair David and Anna Marie Holmes, to the music of Albinoni’s Adagio.”

We ended off the class with this film. My lecturer tried to describe it and failed, no, settled for this- if aliens kidnapped me and asked me what it meant to be human, this is it. There is just so much humans are capable of. It’s beautiful.