#1366| how to make hall-life-friendly salmon and other things.

I swear to you i am sitting in Starbucks now trying so steadfastly to get some work done, but my studying companion wont stop doing the cha cha despite my horrified cries of WE ARE IN A PUBLIC PLACE, STOP IT! so i gave up and took a break and i am here instead.

Last night, in keeping with our LIVING THE CAMPUS LIFE LA LOCA, cinch and i did the groceries and decided to attempt a full fledged hall cooked meal that doesn’t include indomie. 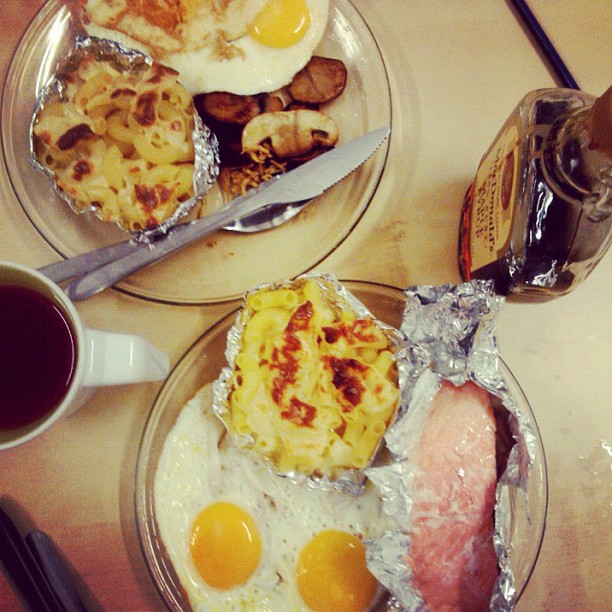 Mac and cheese, sunny side up eggs, mushrooms for her and baked salmon for me, washed down with hoegarden and honest Charlie. It was just so good. It looks like the kind of thing that impresses the hell out of people, but in reality is really simple to make. The salmon particularly was satisfying, if only for the fact that it is so difficult to get decent salmon on campus.

You need:
1. salmon fillet from ntuc (about 5-6 dollars)
2. salt (like 40c for five years’ supply or something)
3. aluminium foil
4. an oven/toaster oven (seriously just buy it if youre living in hall. it costs like 23$ and it will be INSTRUMENTAL in giving you meals the canteen can never give)

Steps:
-Rub salt onto the raw salmon
-wrap it in aluminum foil, shiny side up
-stick it in the oven and let it cook until it turns pink

PERFECT SALMON IN THREE STEPS. Squeeze a little lemon or oyster sauce on it and you’re good to go. You are most welcome.

Other things happening on campus recently include celebrating Shazwan’s 22nd 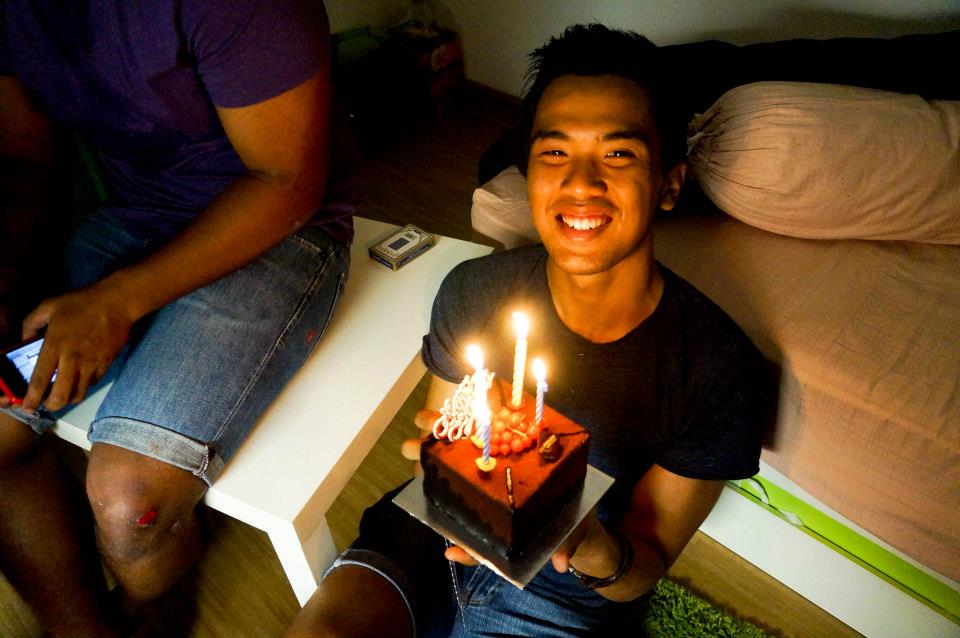 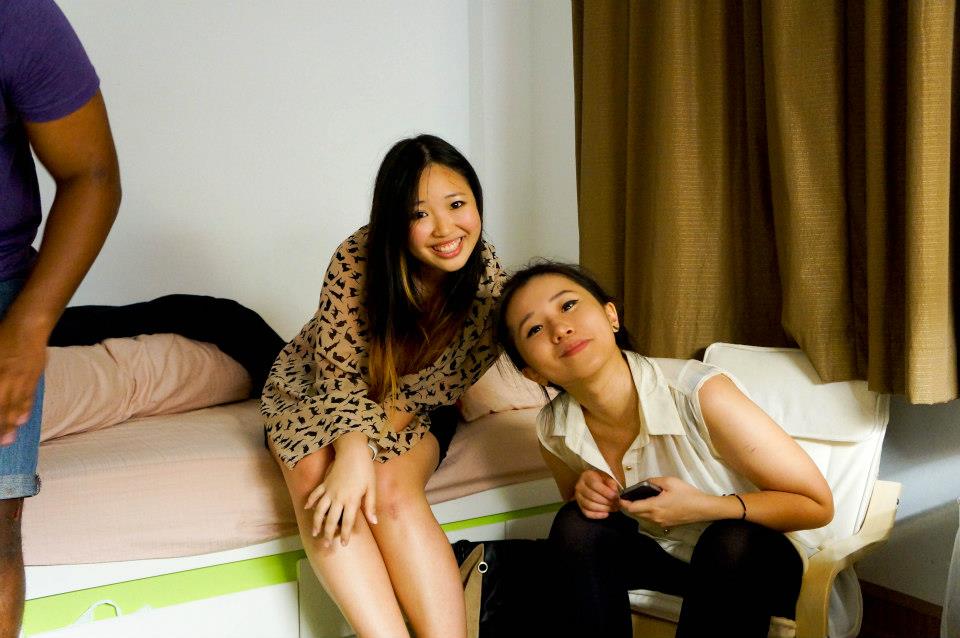 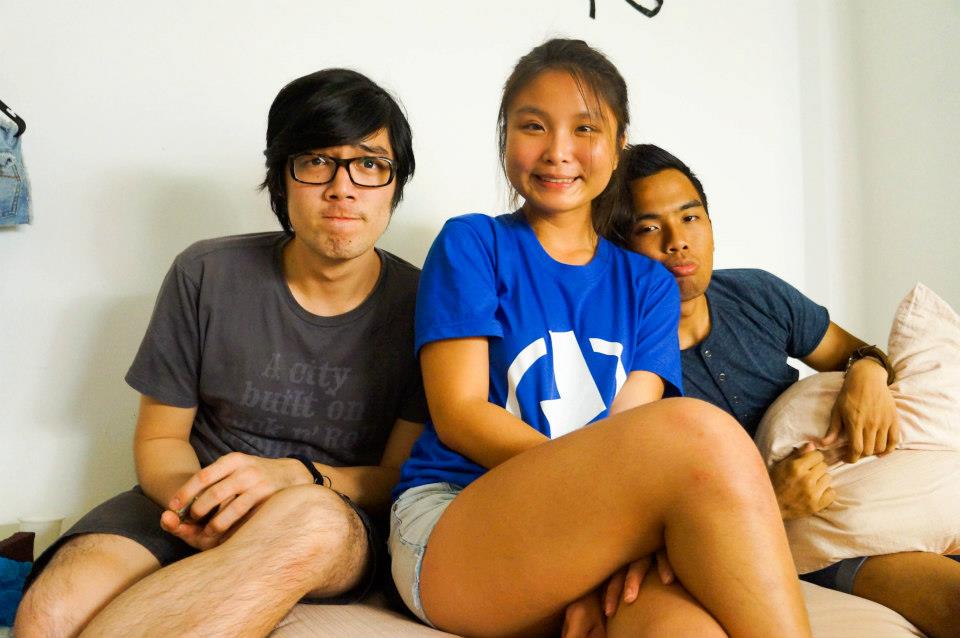 And being formally introduced to mustafa center, a happy accident stemming from lexy having the car and everyone else being horrified that i’d never been to mustafa.

Speaking of birthdays, i recently also managed to hang out with my best friend and best friend in law indri at Glenn’s twenty first, except i haven’t post processed the pictures from Glenn’s party, such is the hectic schedule of a sophomore student, so here’s one of me and two of my favorite people 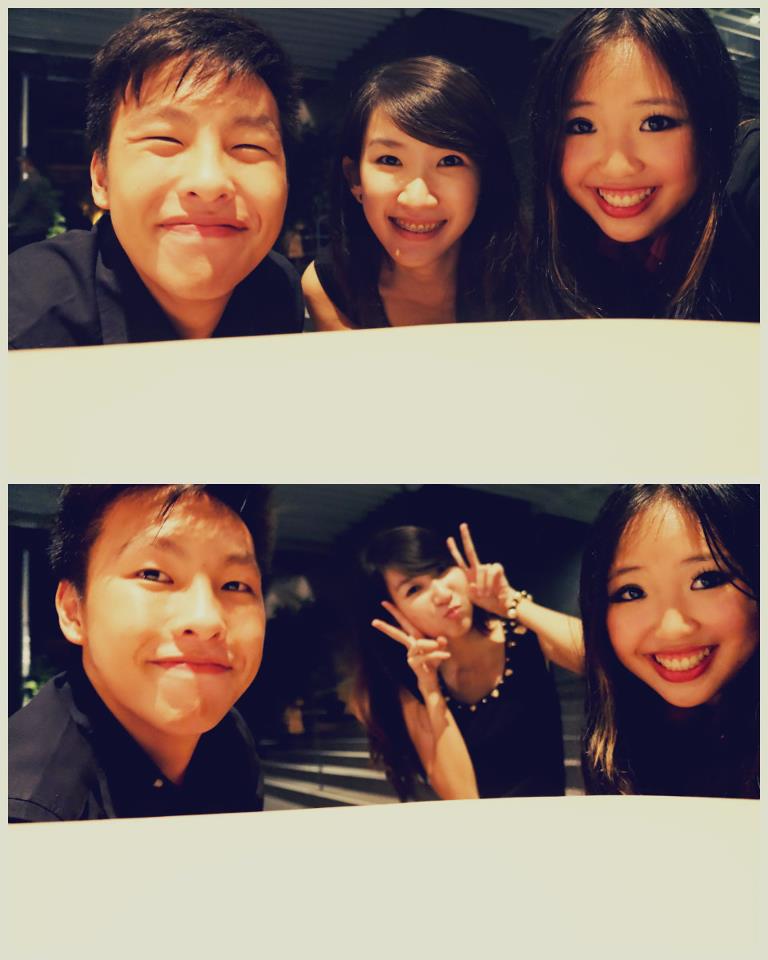 If you cant already tell, I’m trying out the center parting for awhile because let no one say i am not open to constructive criticism regarding my hair on my face. On the other hand, my hair seems to have other ideas.. now it just stands up whenever it’s pissed off with my efforts to get it to lie a certain way. But, you know. Such is life.