Of late i dont remember a day reaching my room before midnight. Sure, it’s just campus wide romping, but all the same i collapse in my room each night dead exhausted and it is always the exhaustion that kills writing, not the lack of time, or work, or anything else. Adding to the frustration we have my macbook deciding to go all Wheel of death on me at the most inopportune times, which is why i was so grateful when Sony Singapore sent me this baby: 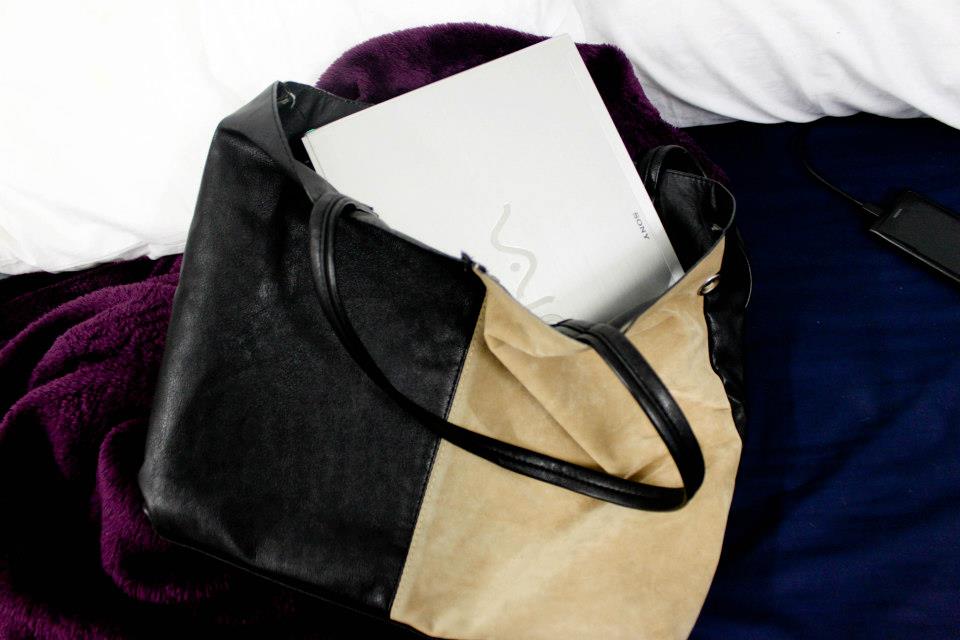 The Sony Vaio T Ultrabook, which I’d been toting around campus for a couple of weeks.

In all honesty I was quite stumped as to how to write a post on this one because 1. Im a mac user myself and 2. I’m not a hardcore techie so im probably not going to be able to give you the low down on all the HDD and RAM and SDD and ETC but you know what- I’m just going to talk about how someone who just uses it to blog, edit pictures, and work would. Besides, Dr. Google can provide you with more information on specs.

The first thing I liked about it was it’s slim form factor. Sure, it’s no macbook air. But compared to my mbpro, it goes way easier on my back and just slips into most of my tote bags – if i dump my macbook into any of my totes i can expect to wake up with a backache the next day. 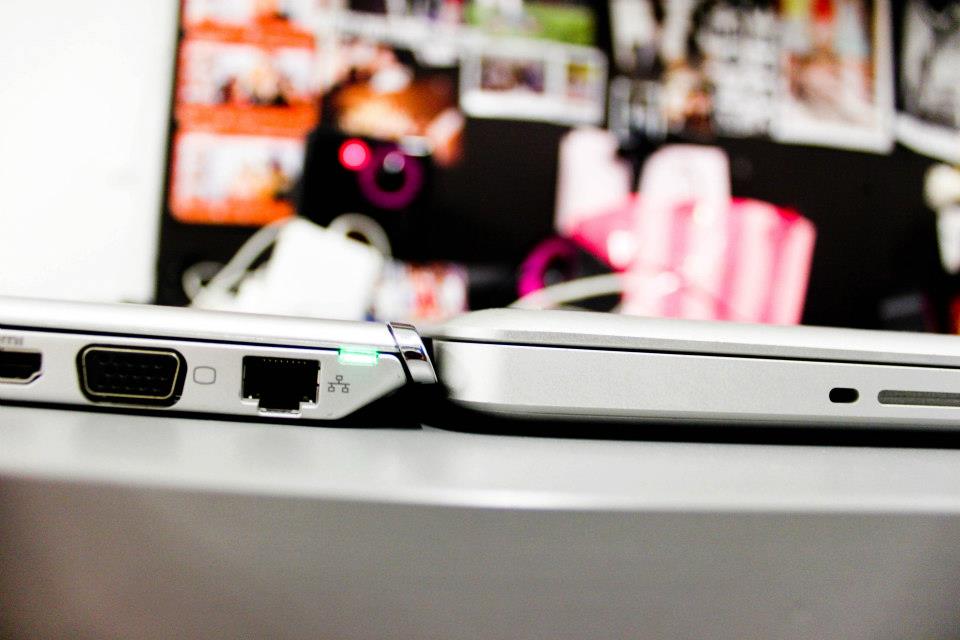 Vaio T next to my MBP

The first thing i did was to install a trial version of lightroom (cannot figure out photoshop so i gave up and i primarily use lightroom to post process my photos now, you can download a trial version for 30 days here). Whether it’s because i have a million things running on my mac at any one point in time, or because lightroom itself takes up a lot of processing power, i dread editing photos on my mac because it lags like crazy. It’s a breeze on the Sony- the entire couple of weeks i only remember it lagging less than five times- although i admit that this might be because the Vaio was new. It might be in part due to the fact that the T has a hybrid HDD and SDD drive though- according to the guys this apparently makes it a lot faster and sweeter to use. 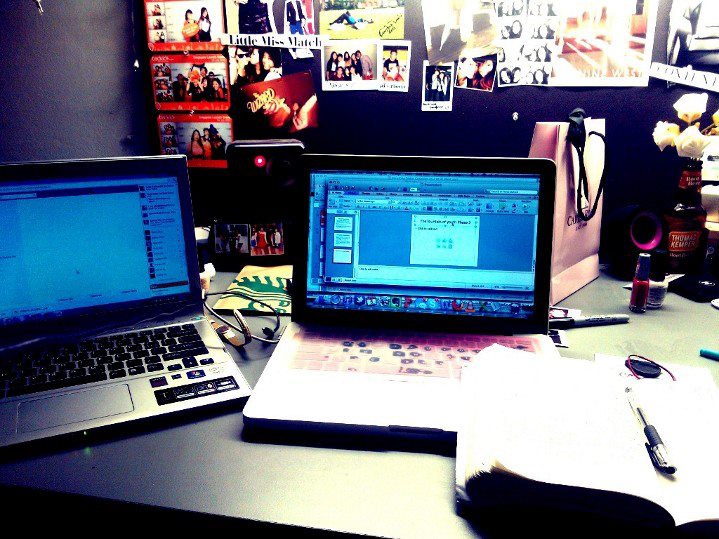 My workstation- finally understood the luxury of people who work with more than one screen or computer!

Because it was so light (~1.6kg vs MBP 2.1kg) i ended up bringing it home over the weekends and leaving the MBP in school. Also convenient was the fact that it woke up about as fast as my MBP when i first got it- ~2seconds to light up from sleep mode. They call this the Rapid Wake + Eco function for pretty self explanatory reasons.

Design wise a lot of people commented that it was pretty similar to the MBP- check out the black keyboards: 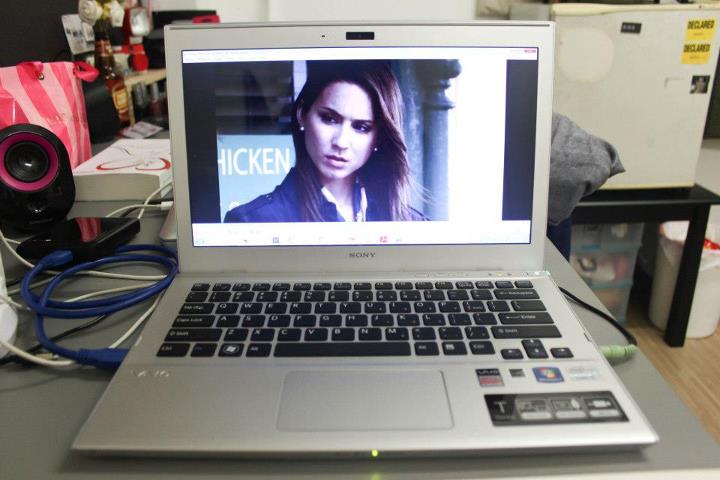 That said, to be fair, i remember the Vaio having black keyboards for the longest time- George had a red Vaio with lush black keys back in J1, making my white fujitsu look a bit kiddish. The key travel on the Vaio could be better though- i found myself taking awhile to get used to typing on the T because somehow the keys felt shallower. Also, there’s no backlight to the keyboard- an issue, if you’re used to working in the dark while your roommate sleeps like i am. On the plus side though, the trackpad is deliciously responsive.

Screen was ok- decent, and slightly less bright than what im used to on the mac. While some people didnt quite like this, i actually preferred it because i thought it went easier on the eyes- i get a headache from staring at a screen that’s too sharp and bright for too long, especially when working at night. 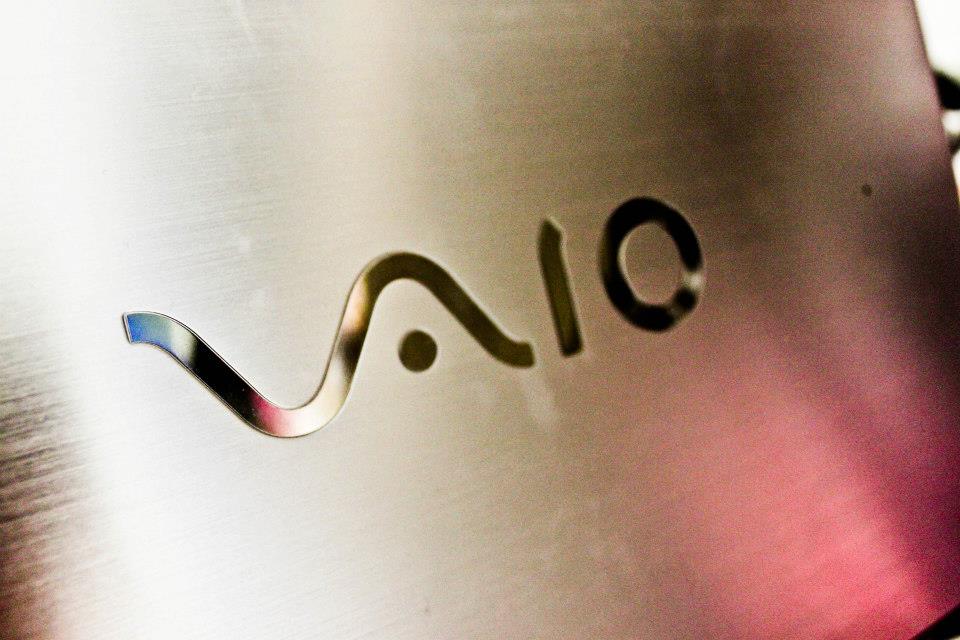 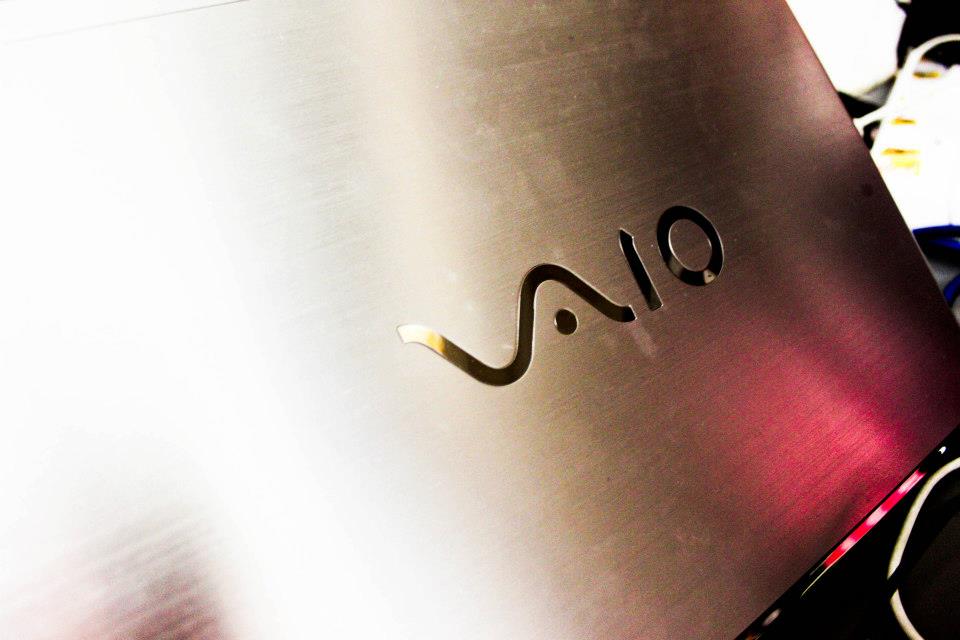 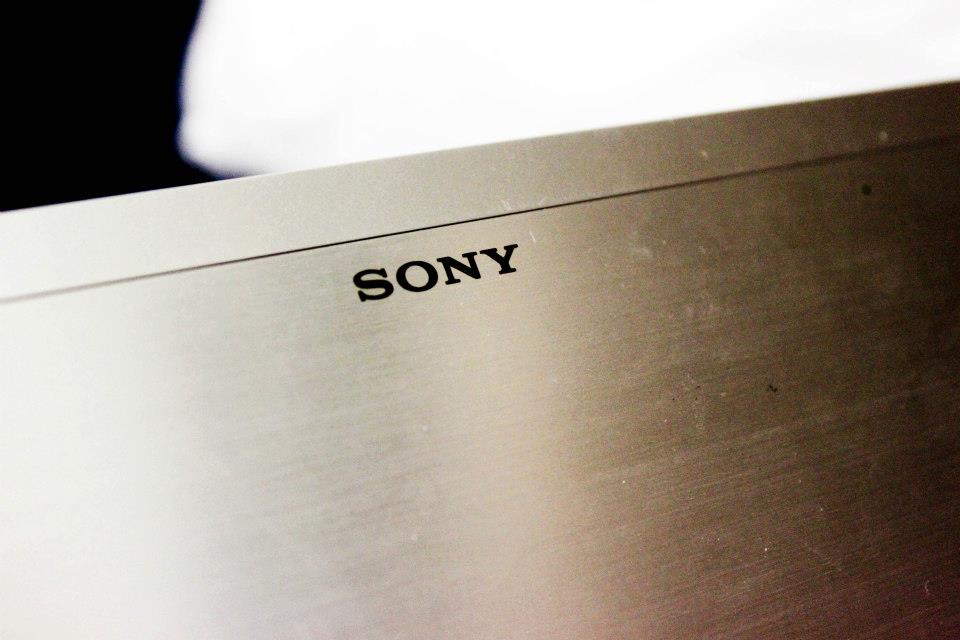 You can love or hate it, but it’s difficult not to be slightly breathtaken by the sleekness of the T the first time you see it. I mean, the Vaio has always been known for it’s good looks- i got so many comments on it within the first few days of using it- but it is also a fingerprint magnet. Nothing that cant be resolved with a little firm wipe though. Also i liked how the grain of the metal seemed to sweep horizontally (ok i know thats strange phrasing but whatever), and the contrast between that and the mirrored words. Very understated elegance, the play on texture. 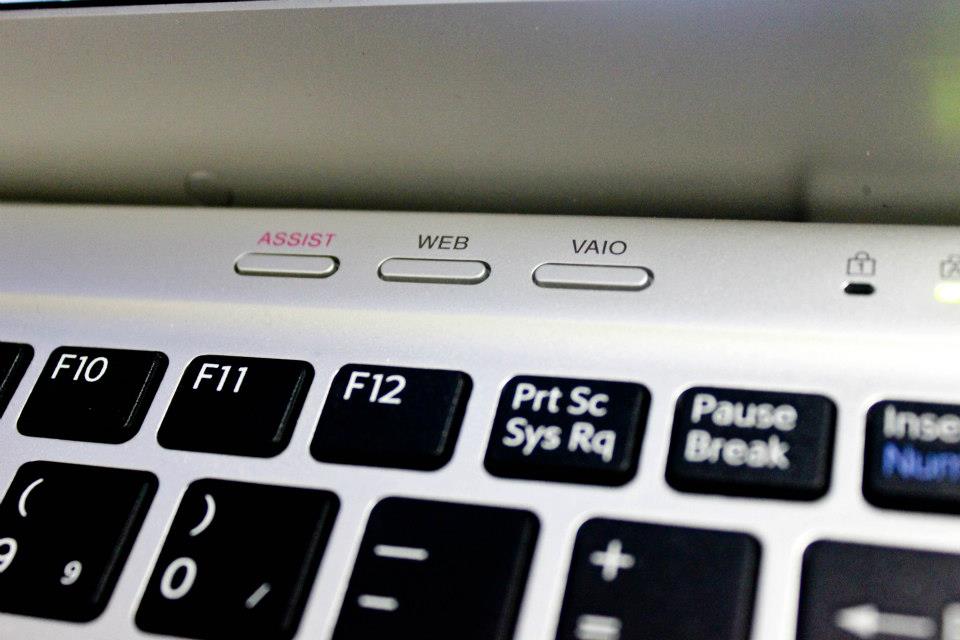 A close up of the top row of buttons: honestly didnt use these at all, though it was nice to know that there was an option to DIAL A FRIEND/CALL FOR HELP if so required like on Who wants to be a millionaire. 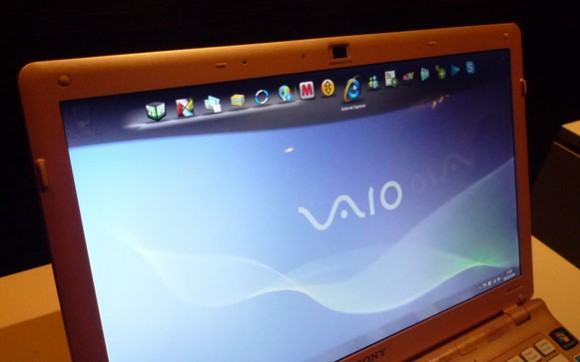 I stole this pic from google images. The Vaio gate toolbar is essentially that thing at the top, which pops up everytime your mouse goes near the top of the screen, a bit like those automatic sliding doors in malls. This makes it very inconvenient when you want to 1. close a window 2. type something in the URL bar, because it just pops up and waves around and is a bit in your face. A little like the mac’s bottom dock- it magnifies when you hover over an icon too!- but at the top of the screen. You can turn it off, but sometimes it just spontaneously pops in to say hi without warning like an early period.

I dont know why i make awkward references like that on the internet. I really need to stop.

Lets get back to things that are slightly less awkward. 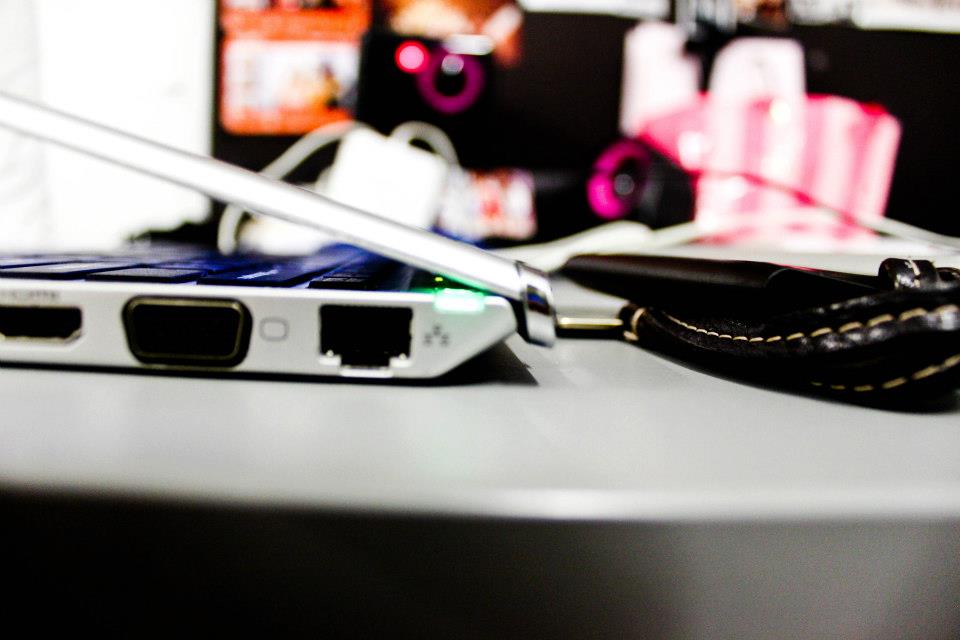 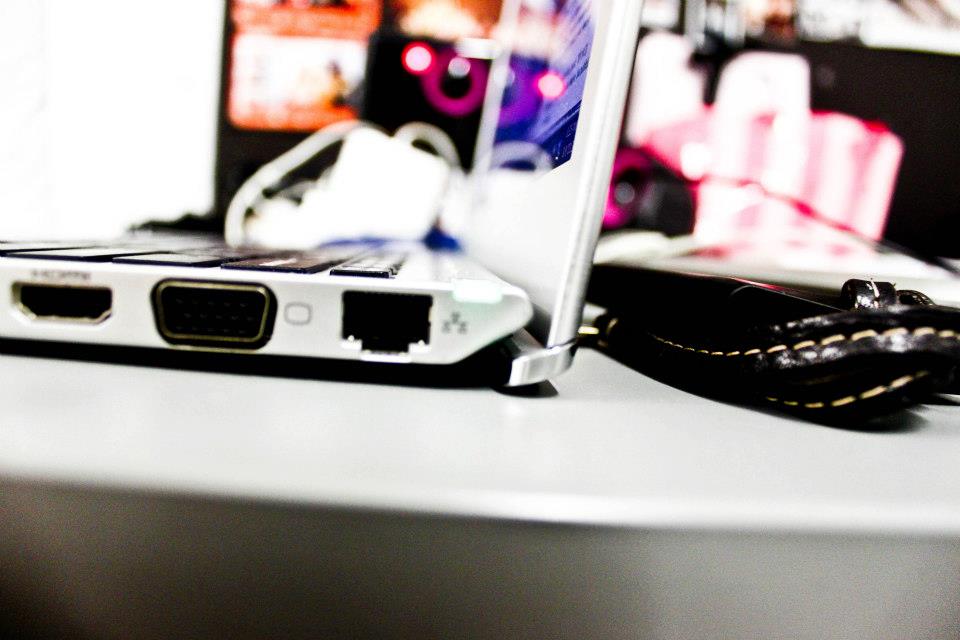 I think an issue that i always face with laptops- my mac and the fujitsu i was using before this- was overheating- so i really appreciated the tiny details Sony worked into their design like this pictured above. As you can see, the vaio’s bum lifts slightly off the table when the laptop is open to let heat escape. This nifty design bit will be mad useful for those who work by the tables- i usually work and blog with the laptop propped up on my lap though, so i only felt the effects when i was in class or in meetings. Still, that takes up a significant chunk of time for me, so good enough.

Also, when one of my friends Seth saw the laptop, he picked it up and started shaking it around, eliciting a bro u mad response from me. Turns out he was testing out some tech mumbojumbo which i didnt understand- but it’s something to do with the way the internal workings of the Vaio ensure that it remains quiet. It wasnt something i consciously looked out for, but i dont remember the Vaio whirring or making much noise when i was using it. Also, the battery life was great– it went anywhere from 5-7 hrs, which was perfect for me because im always on the go and dont have consistent access to a powerpoint. Also it becomes less of an issue fighting for one of the limited powerpoints at starbucks because you might not actually need the powerpoint. Sweet.

Ports found on the Vaio include: one for the VGA, LAN, USB 3.0, USB 2.0, HDMI ports, Memory Stick (lol) and SD card slot. The last one is absolutely essential for someone who doesnt want to bother with cables when transferring pictures to the computer, so it was a relief to see it. The VGA port is also great- presentations on the mac is a pain because you need that stupid connector cable which costs 30$, which is ok except it comes free on all windows laptops.

Another thing which has become very recently relevant to me and i feel i must raise, is,

I did not know this before but i know this now. There are some websites that you simply cannot load on a non internet explorer browser. This is something that is currently plaguing my life and frustrating me everyday because a perfect example of a website that doesnt function properly on a non IE browser is WEBMAIL @NTU. It was not an issue last year because all i needed to do was read and ignore mass email blasts from the school which i could do on my phone. It is an issue this year because as the new Hon Gen of the school, im the one sending out these mass email blasts.

I realize that having an IE browser isnt exclusive to Vaios- in fact, the only software that will not run IE is the mac, but im just putting it out there. I’ve been trawling through forums nonstop for the past couple of days to find a remedy for this, and this is what ive found out:

1. IE will not and can not be downloaded onto a Mac no matter what. You cannot download IE from the original server because the Mac no longer supports powerpc applications. You cannot download an internet explorer tab onto chrome or firefox on the mac as you can do on windows because some essential plug in is missing. What you can do is download a parallel windows OS on your mac which is a Pain in the Ass.

2. A lot of websites you are going to encounter at work is going to give you this problem because for some reason a significant chunk of websites simply will not function properly and optimally on a non-IE browser. So this is a problem that extends past school life. It wasnt an issue when i was working because the company gave me a PC but it sure is a P.I.T.A. issue now.

3. Abovementioned websites do not realize we are in the 21st century. Chicken mama backside seriously what dinosaur system is this. Excuse the expression i am sure you all are giggling at now but i feel very strongly about this because i have been either hijacking random strangers’ PCs or visiting the school computer labs whenever i need to send out important emails and it is, for the third time, a pain. In the ass.

So this is more of an OS issue i am raising over a Vaio-specific issue, but it is relevant all the same because i wish somebody had told me this before i made the switch to the mac. Between this and the lack of funshion, it might have been enough to sway my decision. Might.

At the end of the day, if you’re considering a windows based laptop, there’s no reason not to get the Vaio T. Lets put aside OS issues for now (lol right after my IE rant) because the list goes on and on if you want to bring that in. From what i’ve heard, the Vaio T is reasonably affordable, and i’ve tested other ultrabooks before- this one performs above average in my opinion, in terms of battery life, speed and responsiveness. It would be nice to have a few more USB ports, but even that is solved easily with the multiports available for 5 bucks at your nearest IT fair.

Besides, i personally like this one. Whether because it’s light, or simply because its sexy and im superficial like that, it gets the job done for me- i basically worked off it for the entire period of the loan- this includes all the normal work i do on a daily basis for 1. school 2. media and 3. blogging. I was also completely happy touting it around in my hands as opposed to keeping it in my bag- just because it looks so good against a sweater with a latte in the other hand. But of course that’s just my vanity talking again.

Thank you for the generosity, Sony Singapore + Waggener Edstrom!