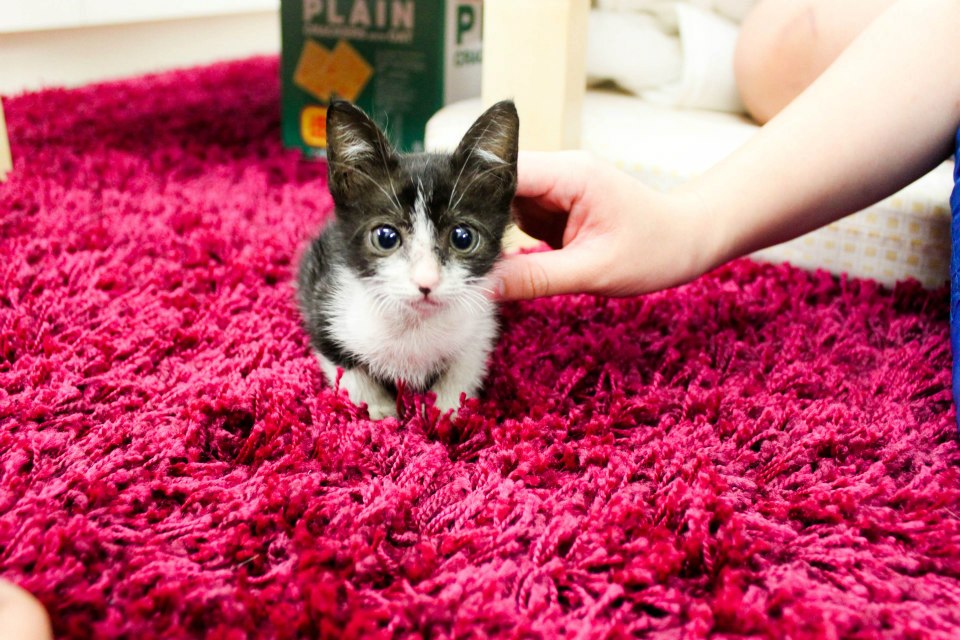 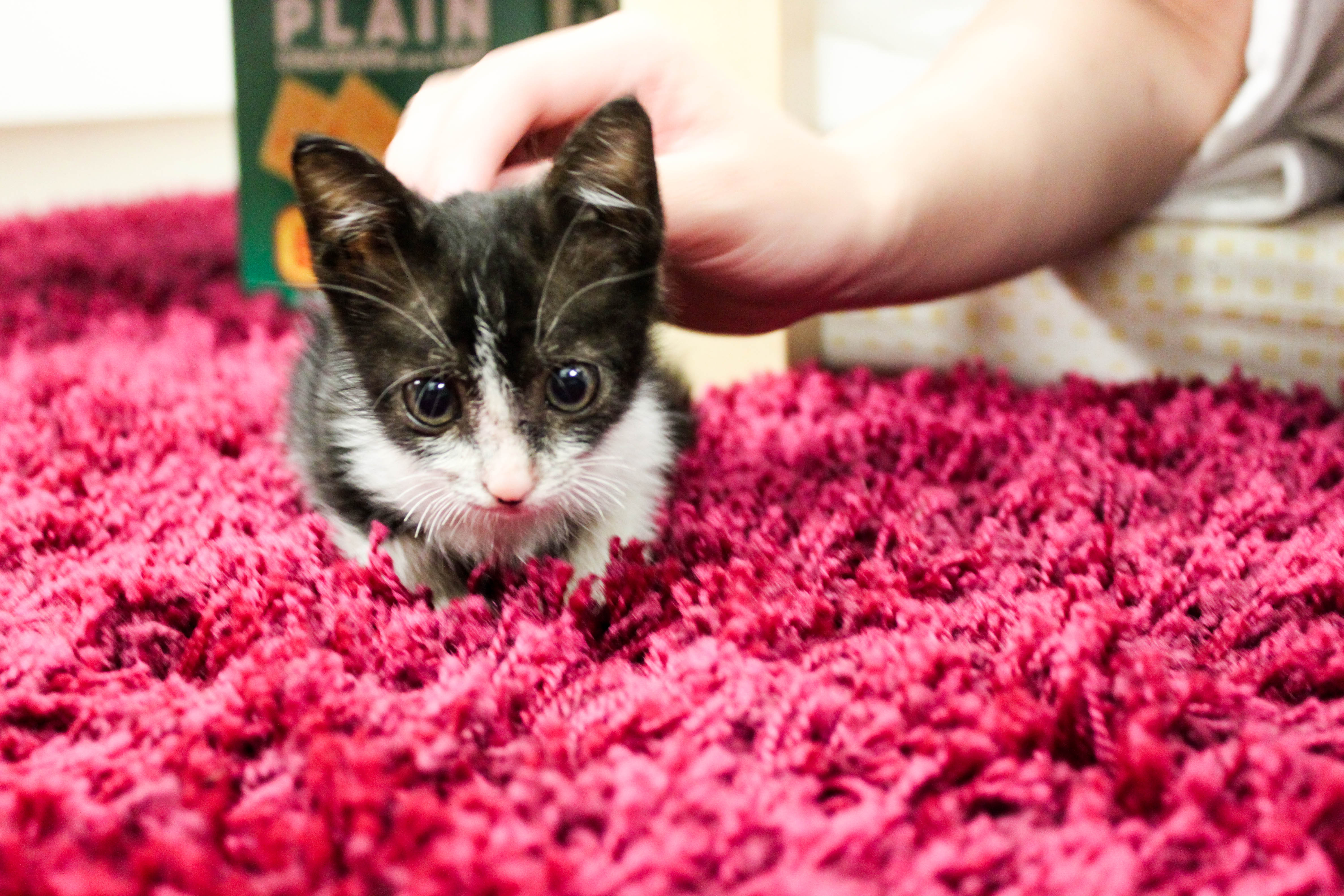 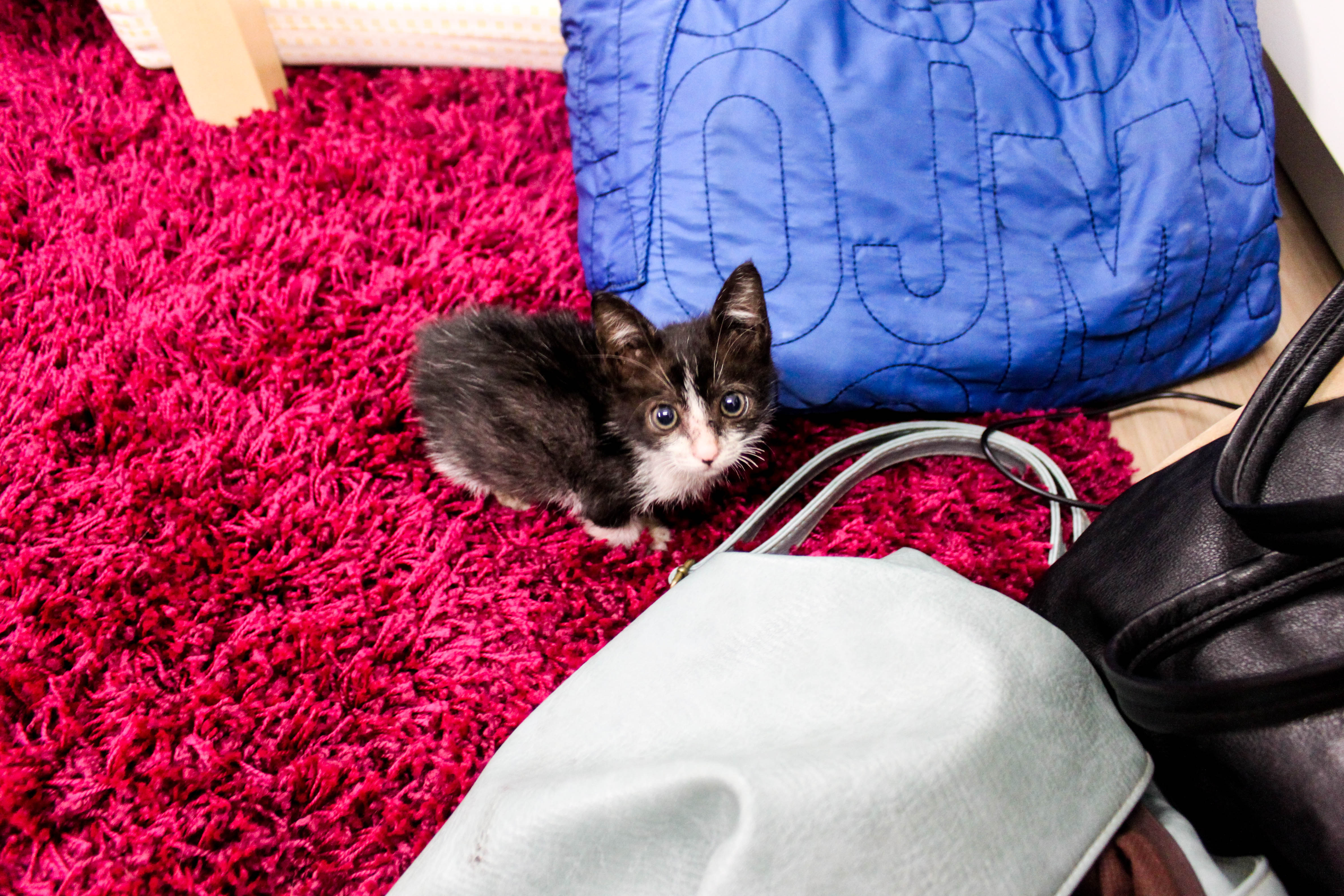 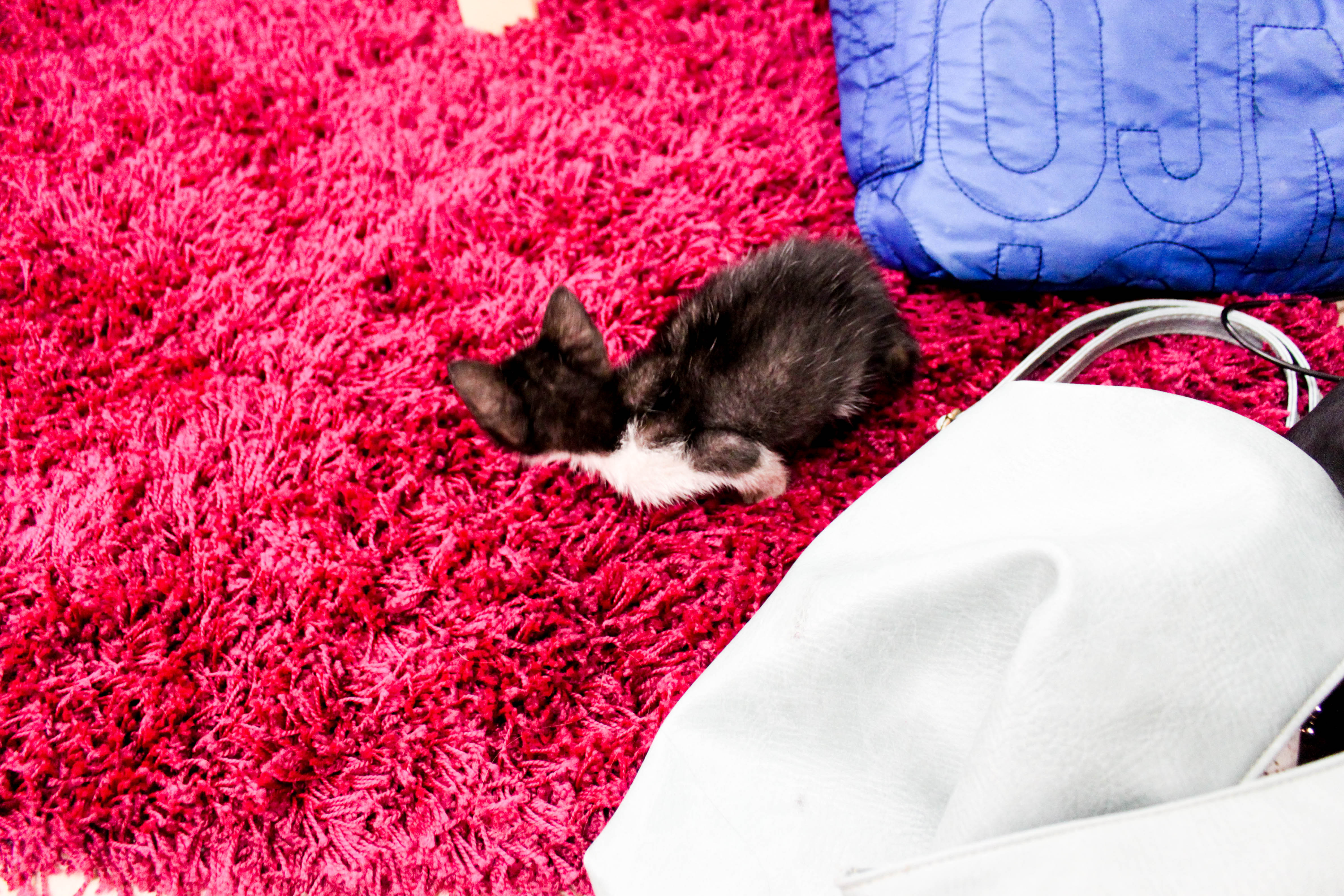 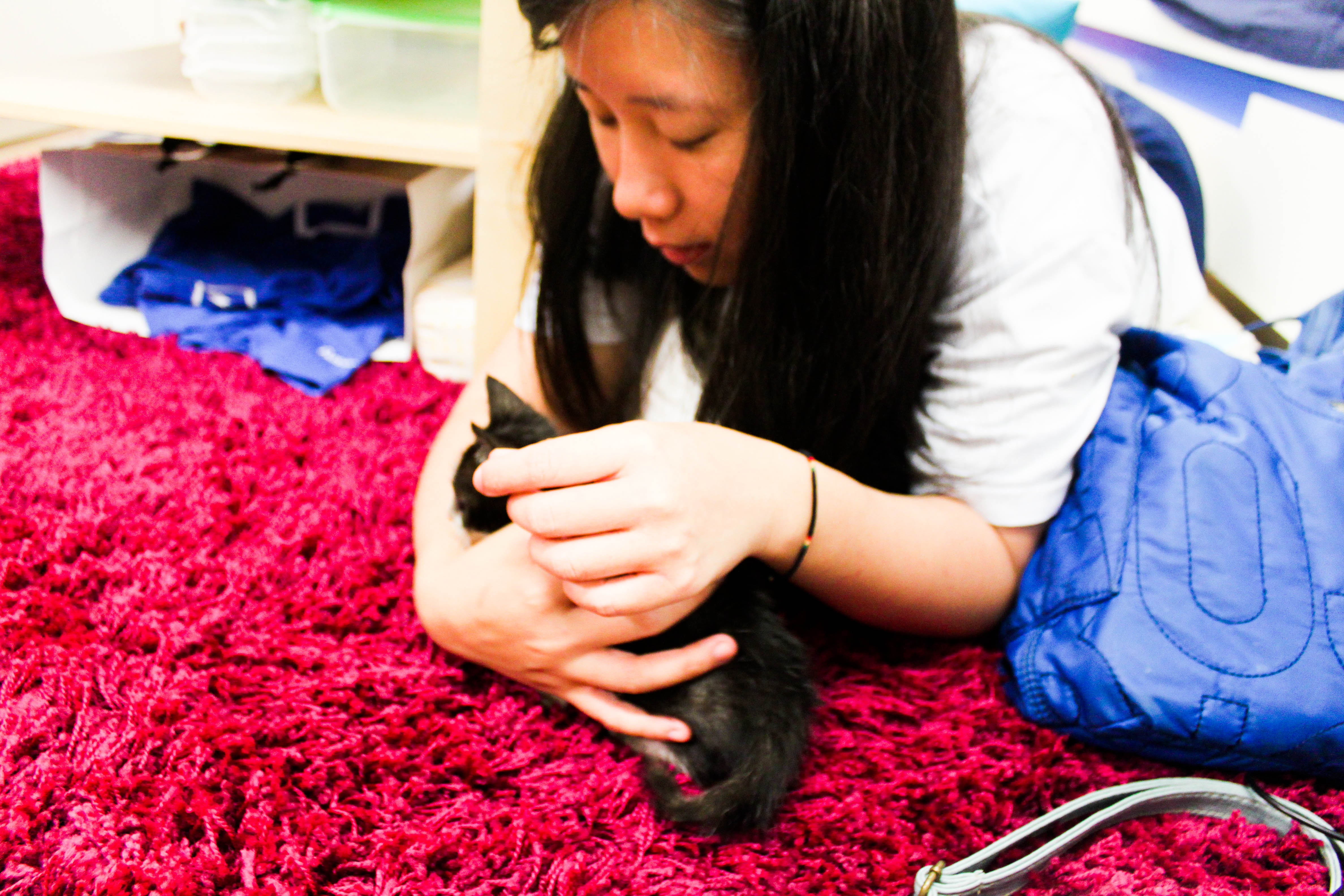 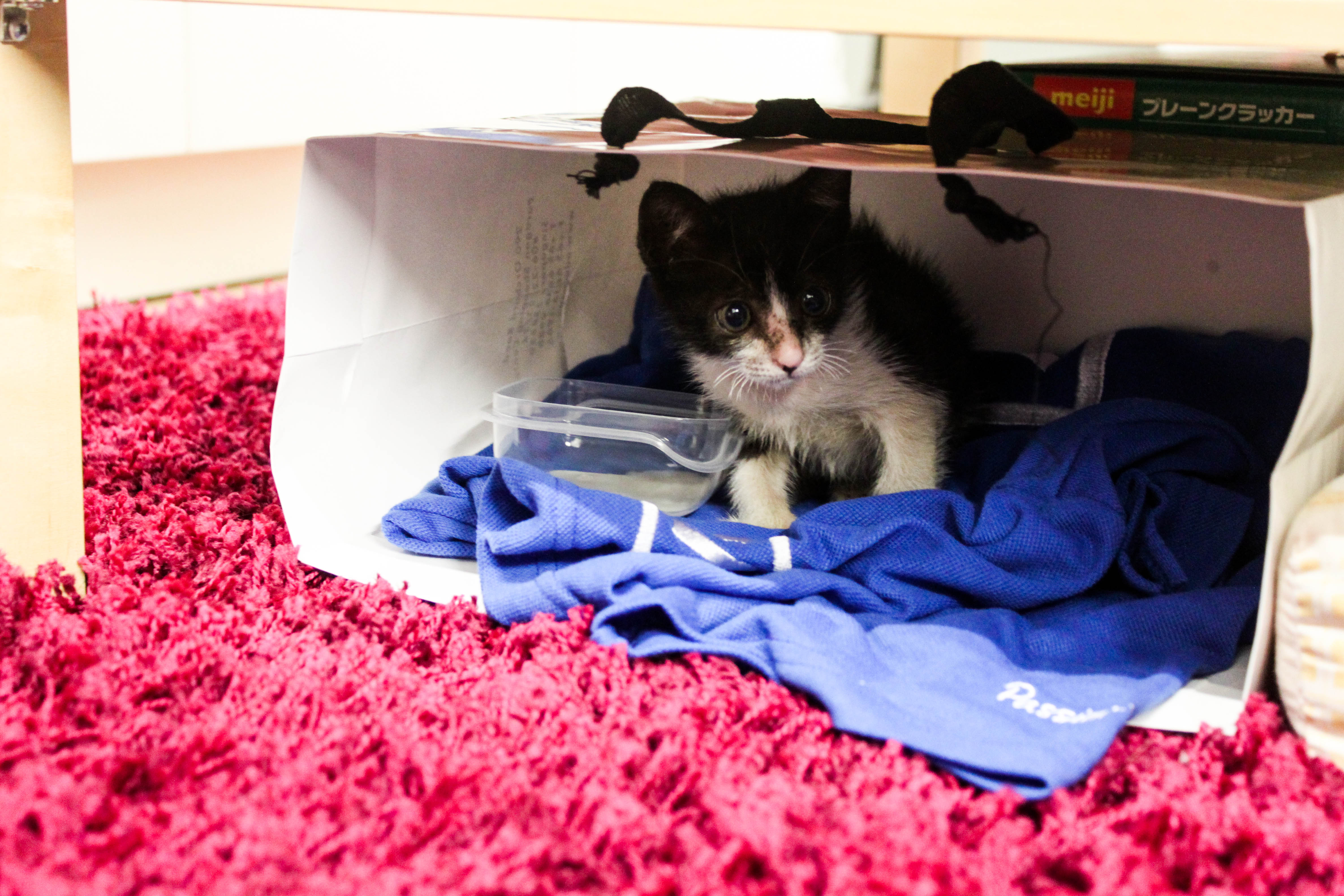 Last night, we took in a 6 week old abandoned kitty and Cindy named her Oi. Turns out Oi was abandoned near a SAFRA by people with black holes where their hearts should be, and someone who found it called Lexy, who had no idea what to do with a baby kitten, and called me in turn.

The most adorable little thing with huge eyes and ears cleaned up pretty well after a proper wiping down and some milk (YES i know cats are lactose intolerant but we had no choice, it was starved and at 2am everything else you find in hall is really MSG ridden and something like a death sentence on the kitten’s fur). In any case, drea, cinch and I put her up for a night but we’re currently looking for a loving home for her because 1. cat welfare dude MIA-ed on us and did not turn up to collect kitty 2. Drea and I both have very territorial cats at home and 3. cindy’s house doesnt do cats in general. 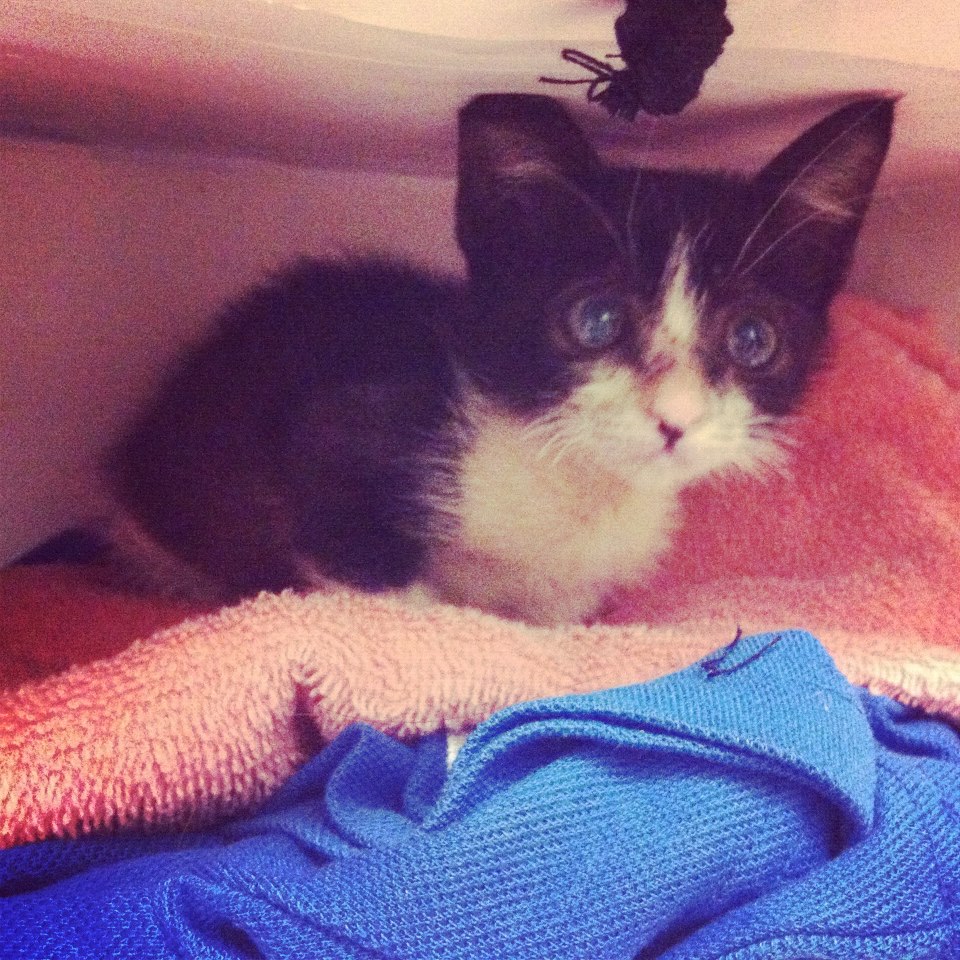 If you want to take in/ know anyone who’s game for a long term relationship with furby here, please email or PM me!

Some time around 4am when i was finishing up some freelance work and starting on my readings for class today, i looked up and saw the kitten staring at me. Somehow i ended up curled on the floor next to it for another one and a half hours with Slaughterhouse Five (by Kurt Vonnegut) in one hand, and the other being used as a bolster of sorts for Oi. It really is the most affectionate creature, even if it doesnt quite know what the difference between a finger and fishstick is. But then again, I’m sure i dont make it easy for her. Mmmm.