#1314| Gardens by the Bay is basically a scene out of War of the Worlds and other things. 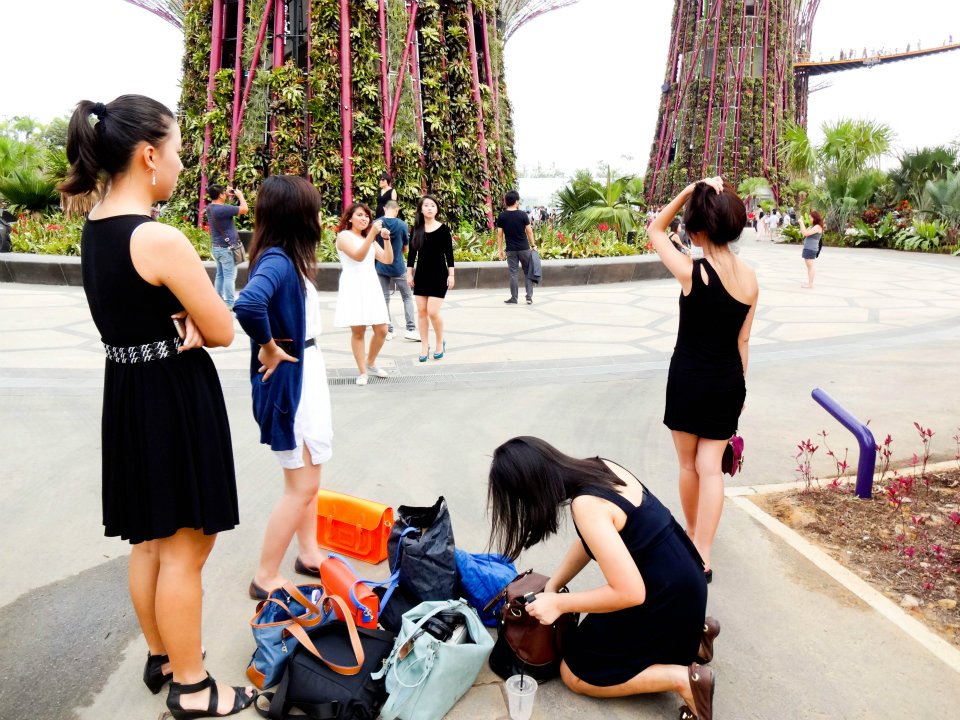 So, I had a photoshoot this weekend for this upcoming concert I’m singing in. The original location of the shoot was the Helix bridge along MBS, but it was blocked off due to the NDP rehearsal so we headed over to Gardens by the Bay instead.

First thought off the top of my head was i have no idea why anyone would want to get married here. It was my second thought too.

Words used to describe Gardens would probably include hot, confused, and very very hot.Besides, it seemed like the entire world had also decided to go to Gardens at the same time, which made the entire place swarm with human beings. 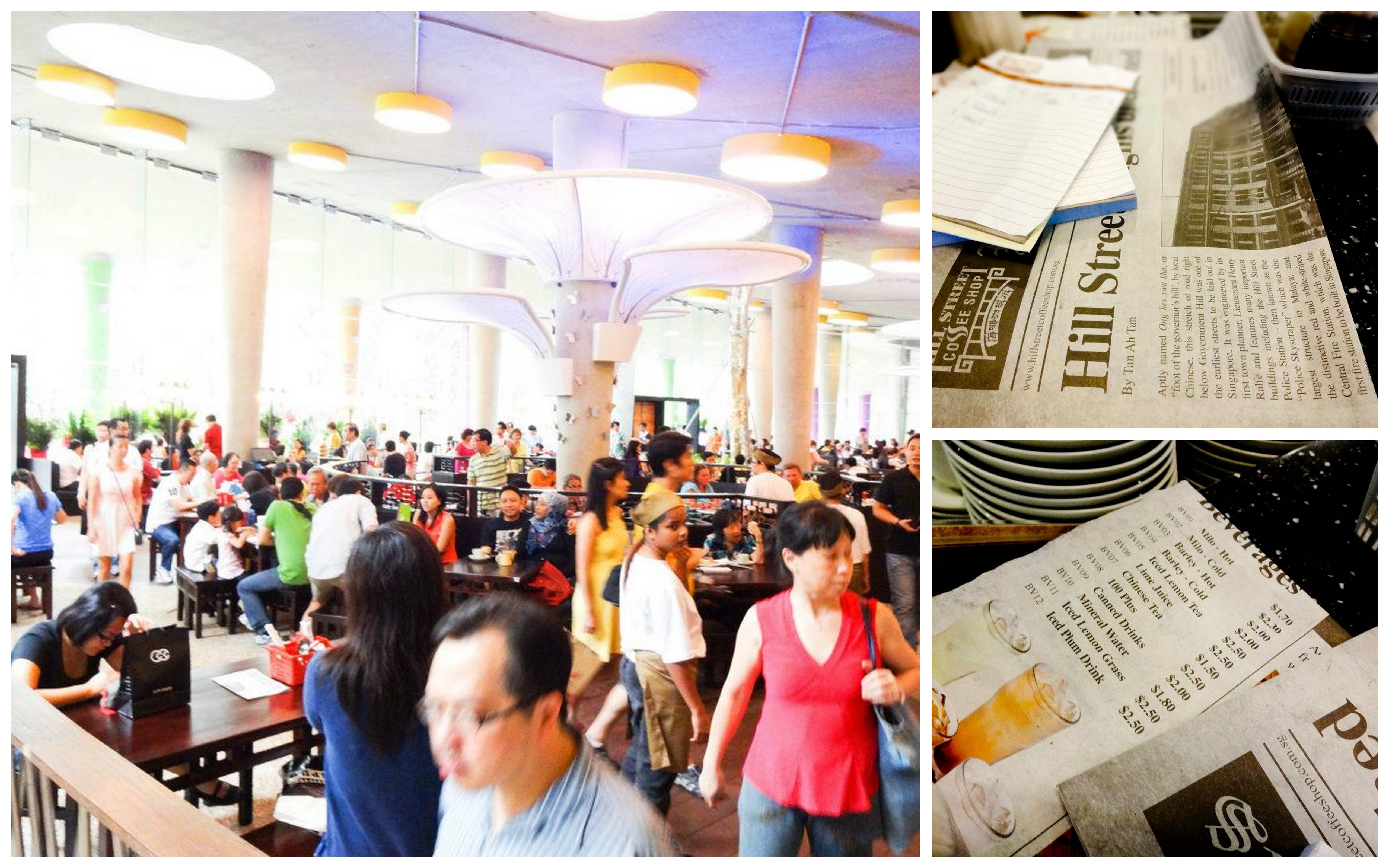 You see where i am coming from.

Also if i may draw your attention to the pictures on the right- their menu is made out of newspapers. Possibly they did not think it was likely that a drinks stall’s menus might get wet from time to time. Okay. Also there was nowhere else besides this central food area to get a drink, because i didnt come across a single vending machine while traipsing across the Gardens. This was also okay. However, approximately ten minutes after we had ordered our drinks, we realized that the drinks store dude had no idea we had ordered anything. This was not okay. I’m starting to come off as a bit of a brat here, but it was burning and it’s really not funny to realize the drink vendors have no idea what they’re doing when you’re dying for a drink.

Lastly, what are the Gardens supposed to be? Have you guys seen these? 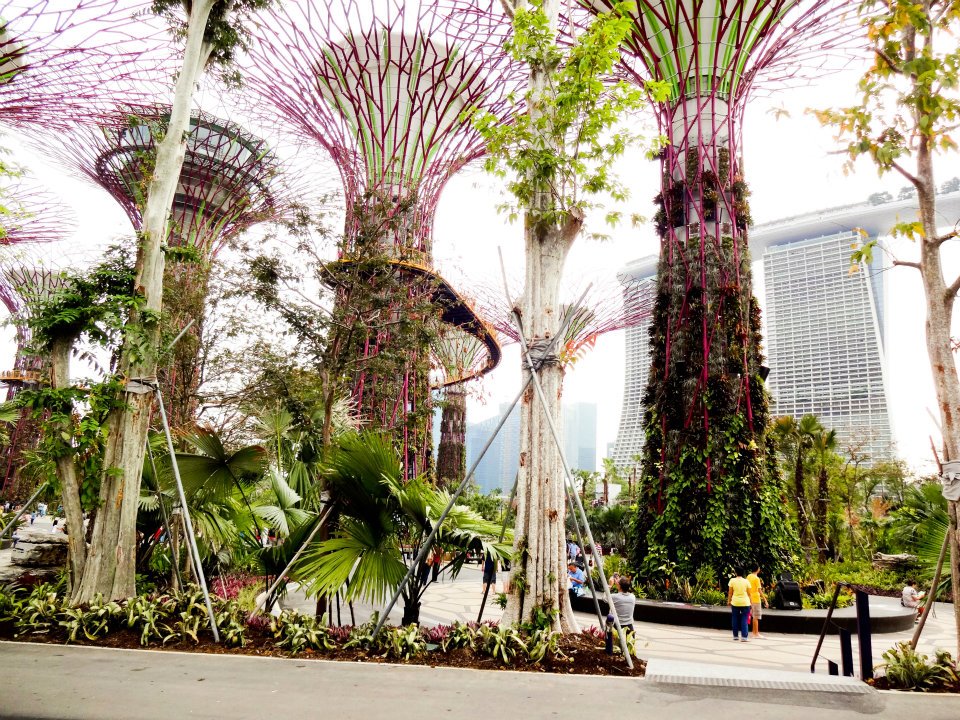 It’s like they lifted them straight out of the H.G.Wells War of the Worlds movie set.

You most certainly can’t have a picnic at the Gardens, because its mainly walking space and there isn’t really anywhere you can up and pitch with your picnic basket. Unless you’re having a photoshoot like we were, or attending a concert, you’ll spend max half an hour walking one round and peering at all the strange exhibits labelled INDIAN CULTURE or CHINESE GARDENS and then go right to the air conditioned food center to cram your bodies against the rest of the hot sticky humans also seeking refuge from the heat. I mean, come on. This is Singapore.

And seriously.. i have no idea what those alien like structures in the above photo are supposed to be. Bottom line is please do not venture into the Gardens until about 5 years later when the hype has died down and you’re less likely to be bowled into by running screaming sweaty kids. That said, I’m sure the photos will turn out great: the Gardens are about as photogenic as any other garden, and everyone knows photos against lots of green stuff always turns out well. 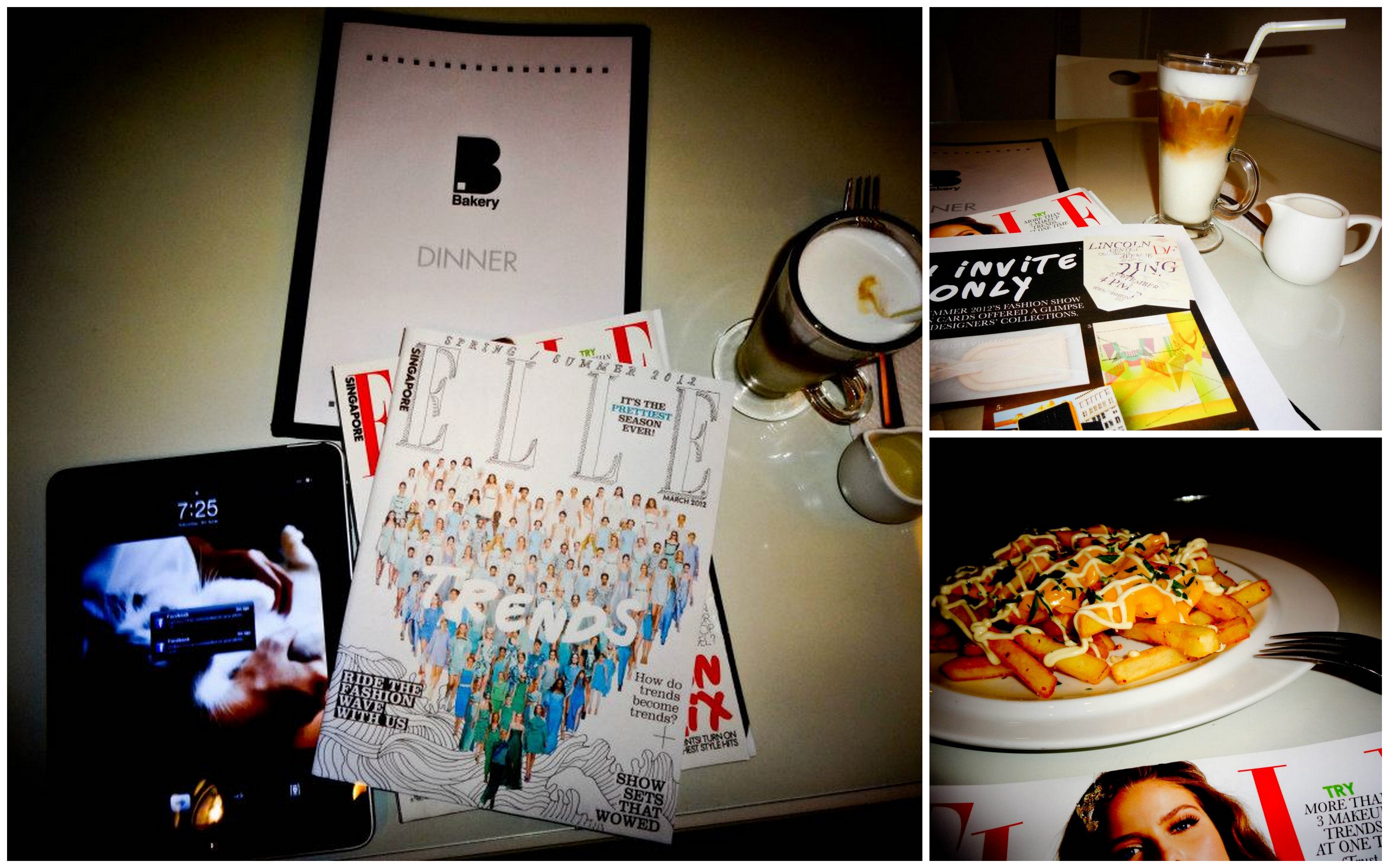 Afterwards, I headed down to Bussorah street and hid in this cafe called Bakery for two hours while waiting for the rest of the SNB to turn up. I’m seriously loving how one of my freelance gigs include reading fashion magazines nonstop so I’m ‘updated on the trends’ like what, up.

It’s a lovely cafe- strangely, they don’t actually Bake despite their namesake, but the cheese fries and latte i had were great. It’s a pity it isn’t halal certified though: it doubles as a bar i think, because later on in the night people started streaming in ordering all sorts of dreamy concoctions. When the rest of the SNB did turn up we went to Vintage Delicafe across the road, which I’m not so keen on personally, except it’s really difficult to find halal cafes in singapore. When you google ‘good halal places‘ you literally get back ‘ Fika, Vintage Delicafe, and Burger King‘. Go figure. 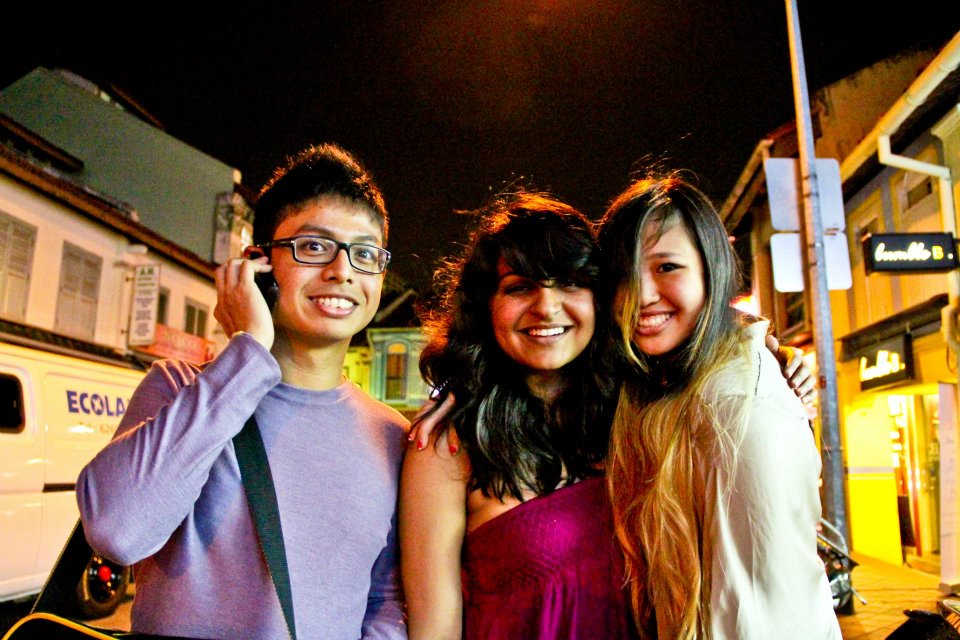 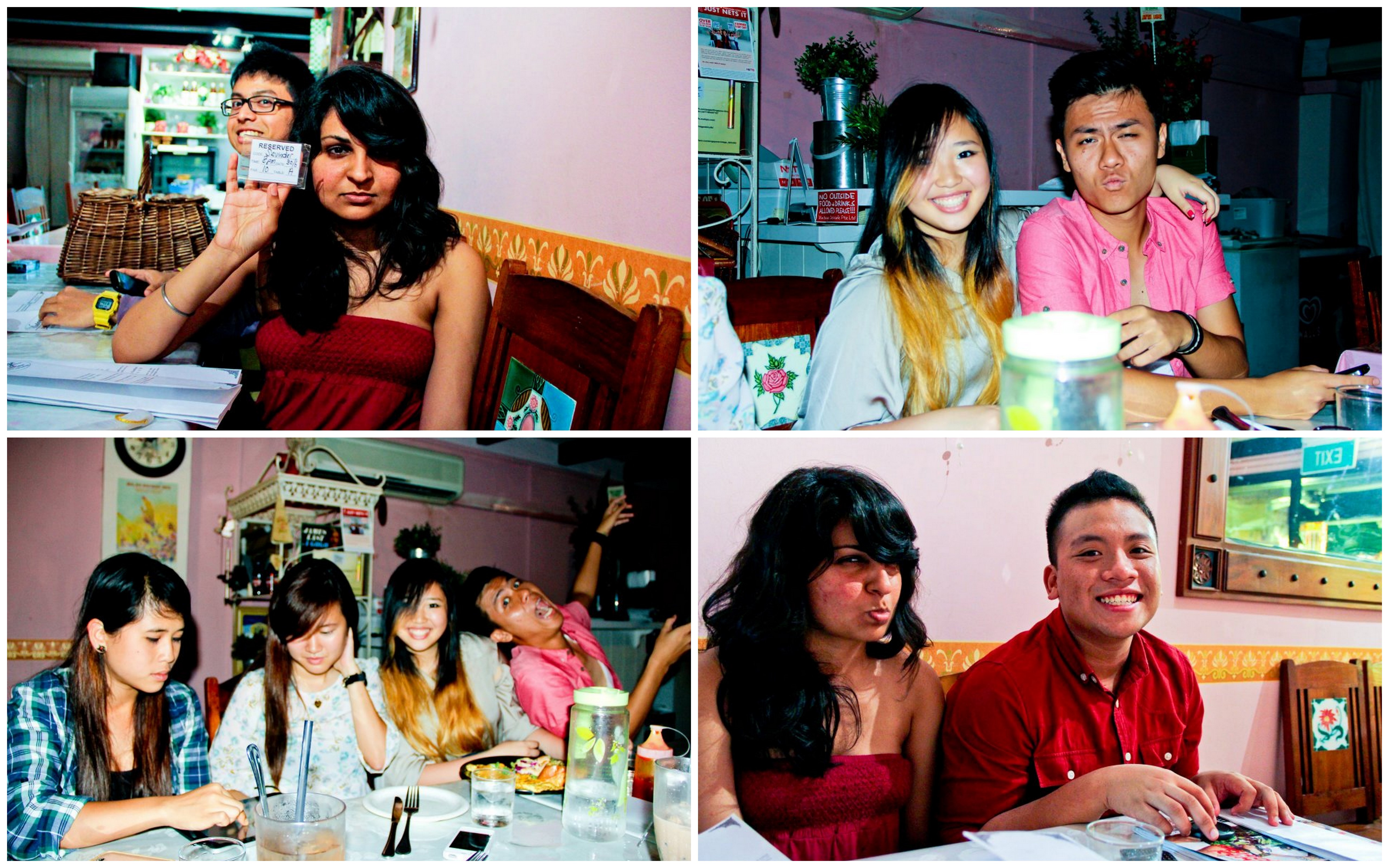 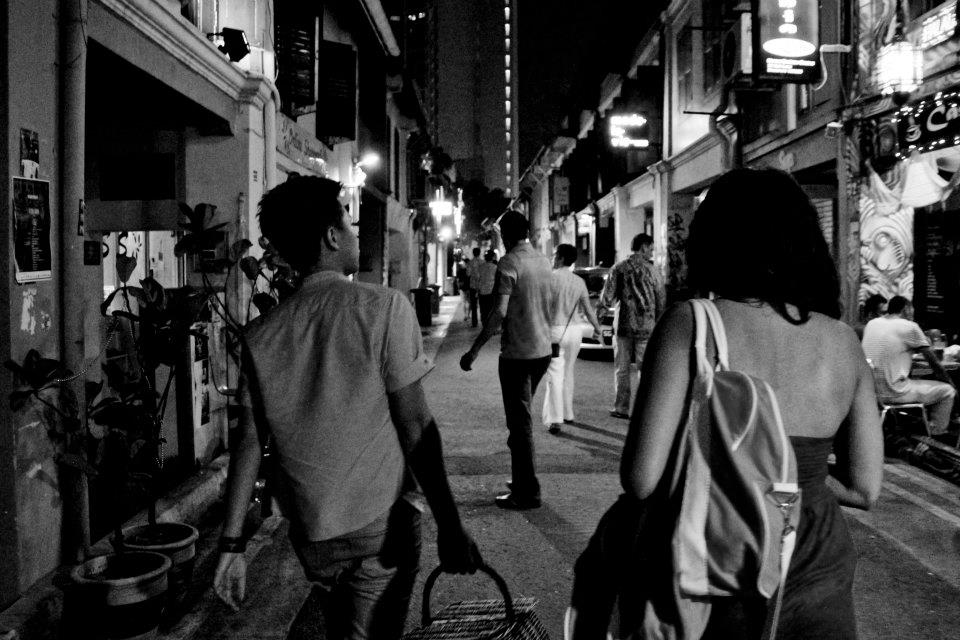 In other news, i’ve just finished reading Hector and the Secrets of Love by Francois Lelord, and i enjoyed it considerably less than it’s prequel, Hector and the Search for Happiness. They’re both psych theory novels in highly simplified novel form, which is nice because it’s not too heavy reading and still thought provoking. But, and there is always a but, this novel reads like a child’s bedtime story, and while i smirked a little at the thinly veiled innuendos that surfaced from time to time under the cover of the simplistic narrative, the overall writing style gets tired after awhile. 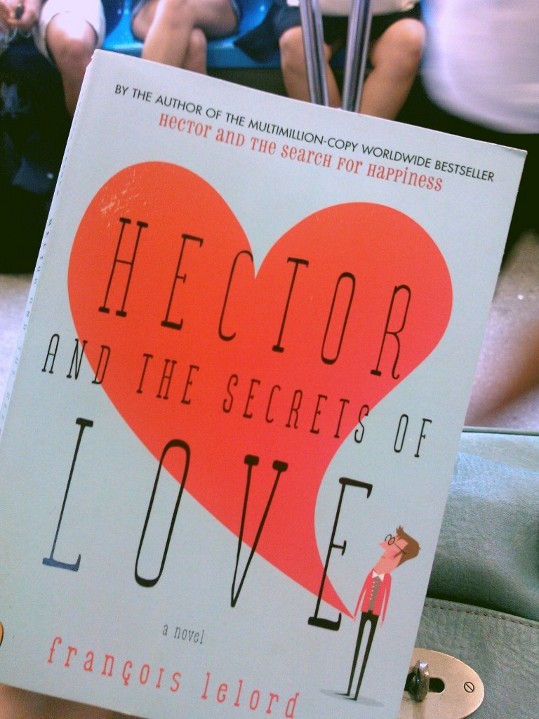 Loved the cover art, though.

Also, Steph and I headed back to The Moving Body for our sponsored pilates class on friday- a story full of drama for another time. Blog post about that incoming soon, promise!x