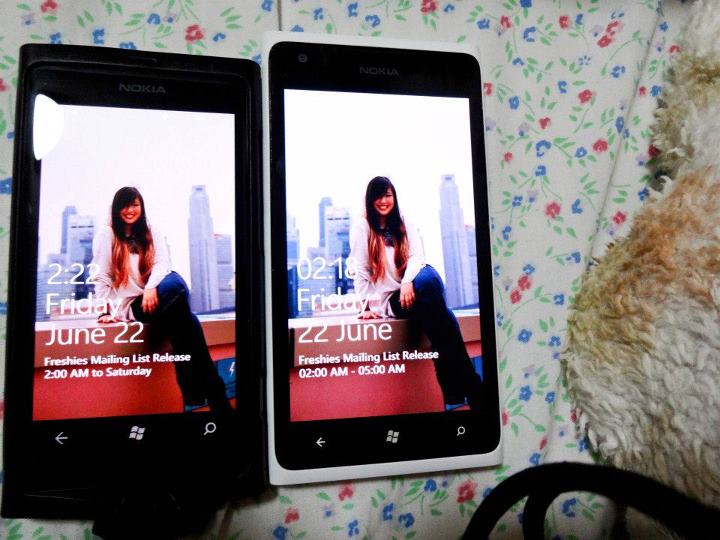 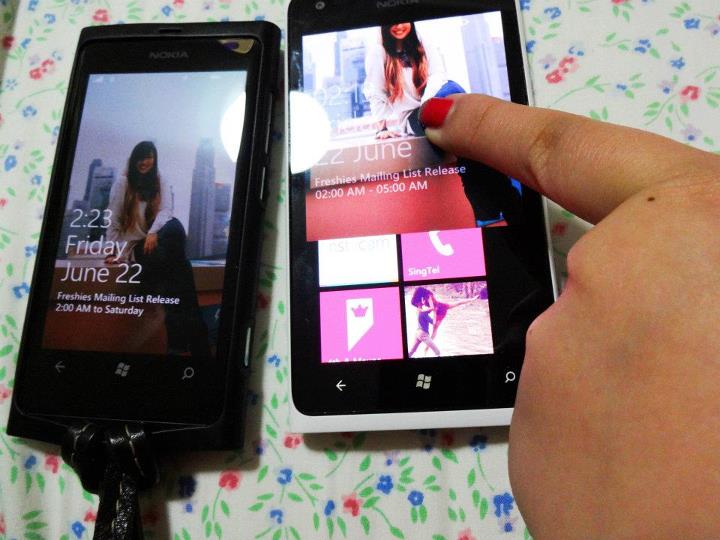 So, for some reason, people think i’m really into gadgets and tech. It might be something to do with working in advertising, or something to do with me shouting ‘DIE BITCH DIE!!!’ very loudly at the iPad screen during my plants vs zombies game in morning train rides, but that’s really like saying that i’m an expert at HTML and CSS just because i’ve got a blog. (I’m not. i know like, < br> and < i> and that’s about it.)

Nevertheless, I’m always rather happy whenever companies send me their new gadgets to play with or try out. That said, I’m still waiting for the day when someone catches me out on not knowing what the difference between XML, PHP and iOS is. 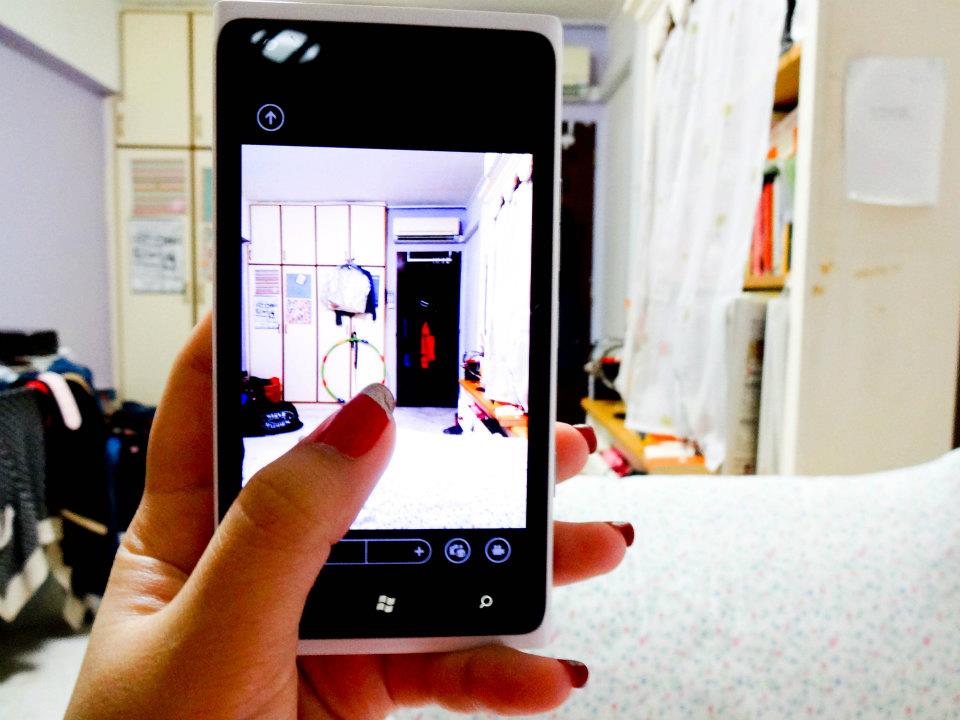 This Lumia 900 is the direct successor of the 800 which I’m currently using, and which also caused me angst along the line of WHAT NUU I JUST BOUGHT MY LUMIA AND THEY COME OUT WITH A NEWER VERSION??? It’s not radically different, and the three things you need to know if you’re considering an upgrade from the 800 to the 900, or even from another OS is:

1. the 900 is significantly bigger than the 800.
You can see this from the first picture. This means better image quality, gorgeous screen, and funnily enough the battery life is still great, but it also means that people with crabsticks for fingers like me will end up pressing NEW MAIL instead of the back button almost every time because our fingers are too short to reach the other end of the phone.

2. there’s wifi hotspot tethering.
yes yes i know that the iPhone has had this for a long time, but whatever. this was extremely useful in that i could continue Skype conference calling my clients while in the cab to another client meeting… well. I need to relook my work life balance.

You know, I don’t quite know how to react to this front facing camera. On one hand, i love the option of being able to snap pics on the go without blindly jabbing at the touchscreen trying to figure out where the snap button is like on my 800. On the other hand, i think its incredibly awkward to take photos of yourself in public. Maybe this suggests something fundamentally wrong with my teenage-girl status, i don’t know. And another thing: when the camera is on form its great, but sometimes its a little temperamental and has weird static on the screen.

More examples of the phone in action 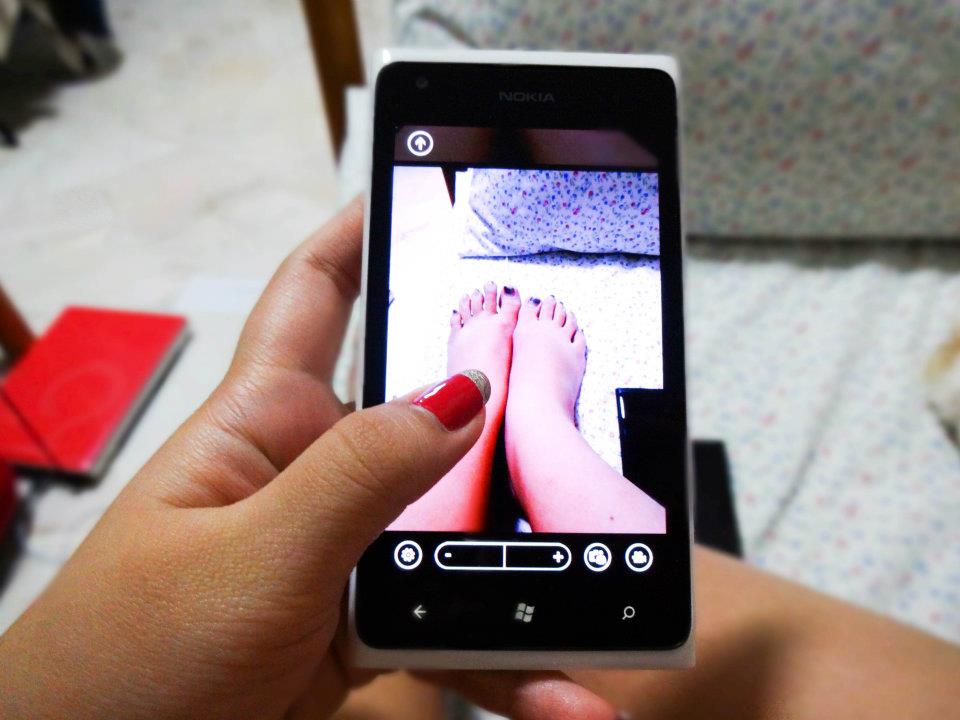 Haha, picture of my manky feet. they say that people with big feet are supposed to grow really tall, so i don’t know what happened with me. But what i do know is, 1. shoe boutiques always have my size, 2. blogshops NEVER have my size, and 3. salesgirls get genuinely visibly taken aback when i ask for a size nine. 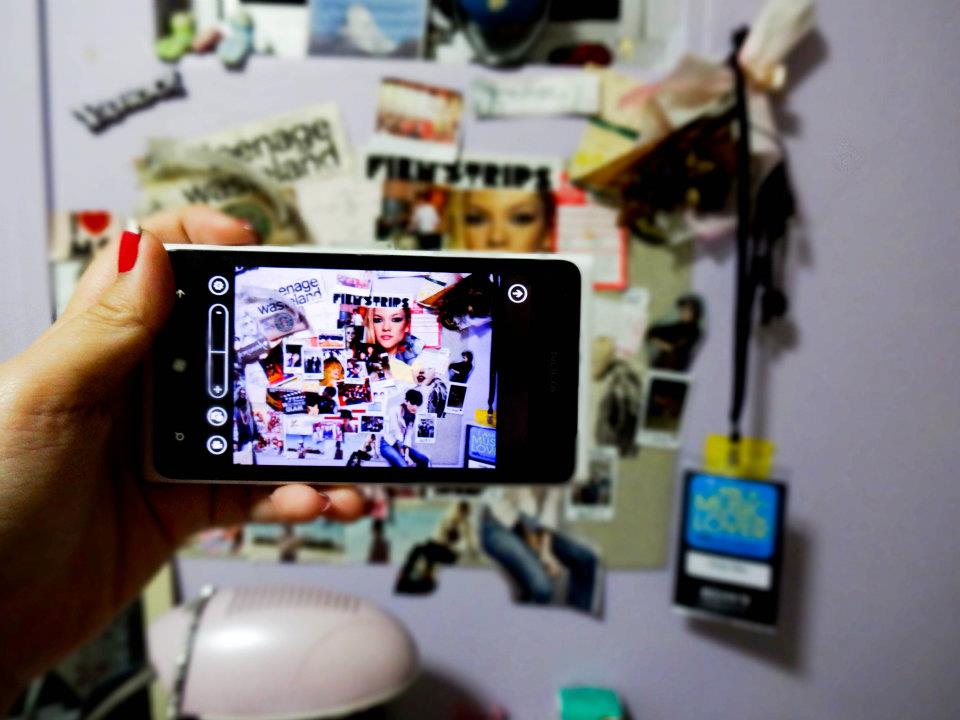 My photo board that my cat loves attacking

Front facing camera ft. WX100 Sony’s Socialite Camera (PS. all photos here taken by the socialite cam. Instructions on how to win yourself one in my previous post.)

I want to talk a little about the things i like about the windows phone. This is not exclusive to the 900, because a lot of it spills over from my love affair with the lumia 800. I really adore their metro interface- it’s the kind of thing you either love or hate, and i find it incredibly attractive in all its vibrant colored glory.

Yes, that’s an inbuilt xbox live and microsoft office.Also i spent USD $4.99 to find out that i suck at doodle jump. Oh, jemimah. When will you learn. 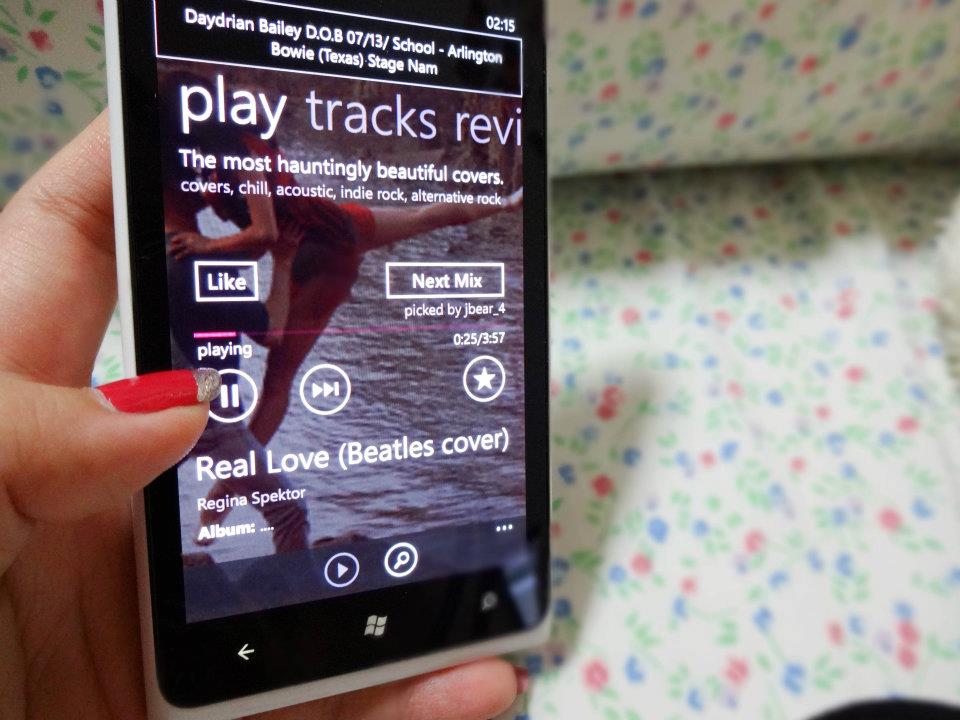 One of my favorite apps. The 8tracks app, named Mixtape in the windows marketplace. You need an internet connection for this, a note to all you secondary school kids still on wifi-only plans like i was up till post JC.

The only way i’d like this app better was if it also had local music plugs, like for example, oh i don’t know. The very awesome song my friend Marcus wrote for the NEA eco music challenge?

Please vote for him here, it’s literally just a click of a button and no it will NOT ‘timeline’ you like some of those news reader apps!

Also, i like how the phone is built around the concept of ‘social’. Well, that’s what they say, but it’s really a stalker phone. Click on any contact and you have your entire conversation history with them, all photos they were tagged in recently, all their recent public interactions on various social media channels, and the option to call, text, or email them. Feels like Call Me Maybe would be an appropriate song to insert here but i do not want to get bashed for my childish music taste. 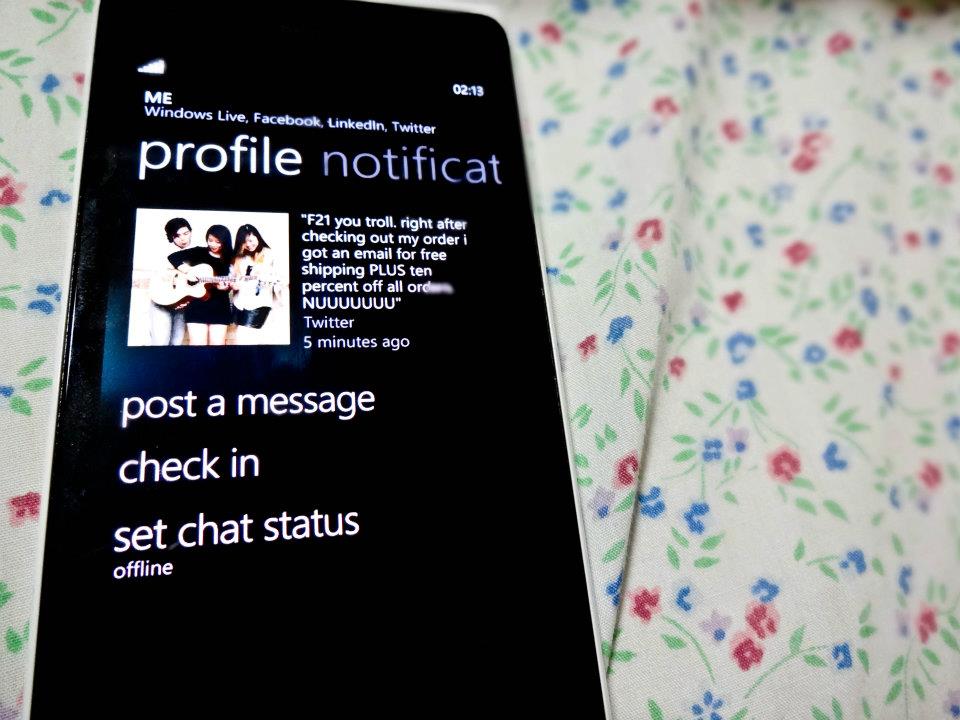 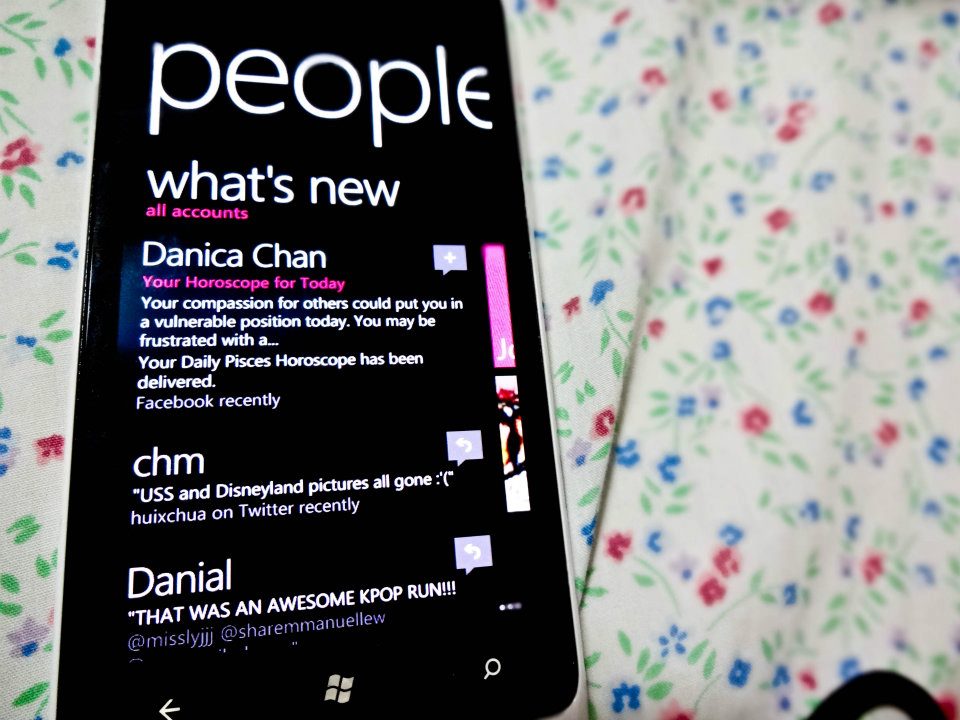 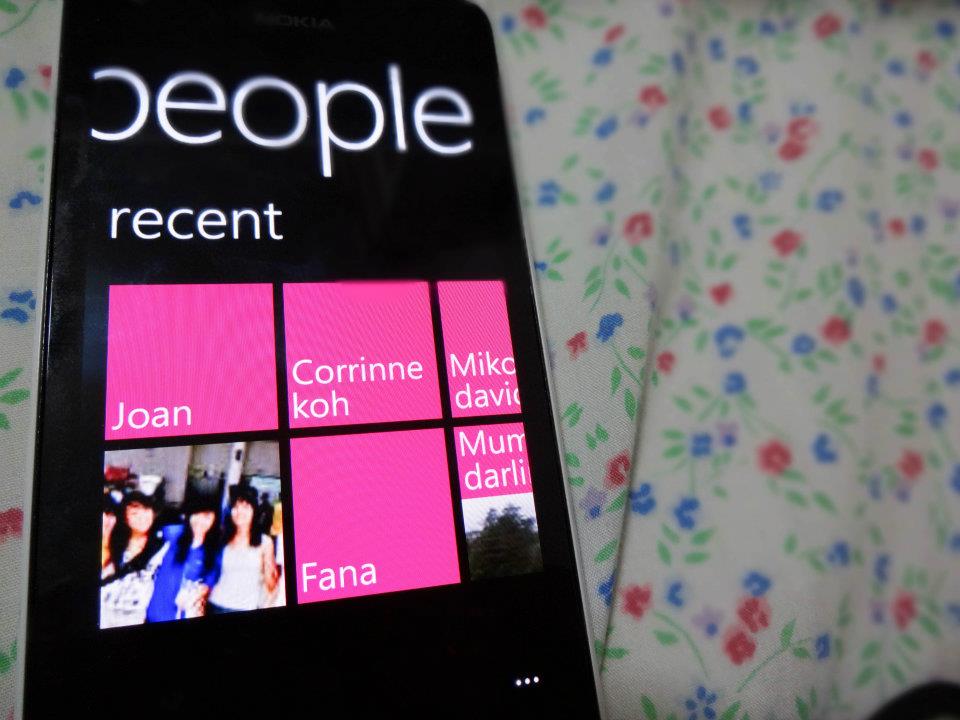 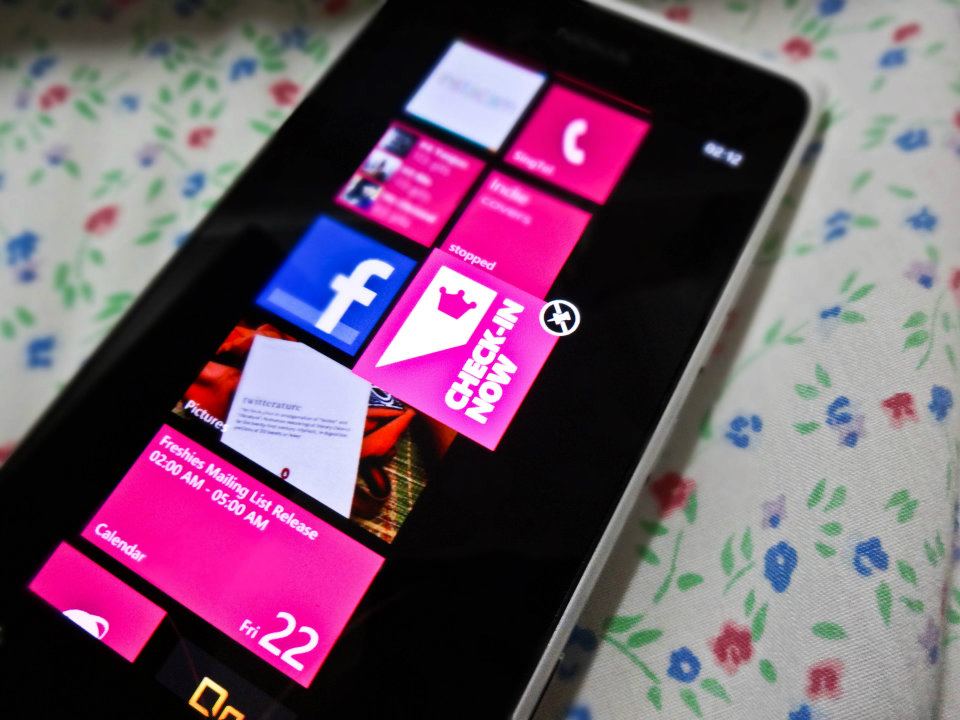 Another app- 4th and Mayor foursquare app that i actually prefer to the official 4sq app. 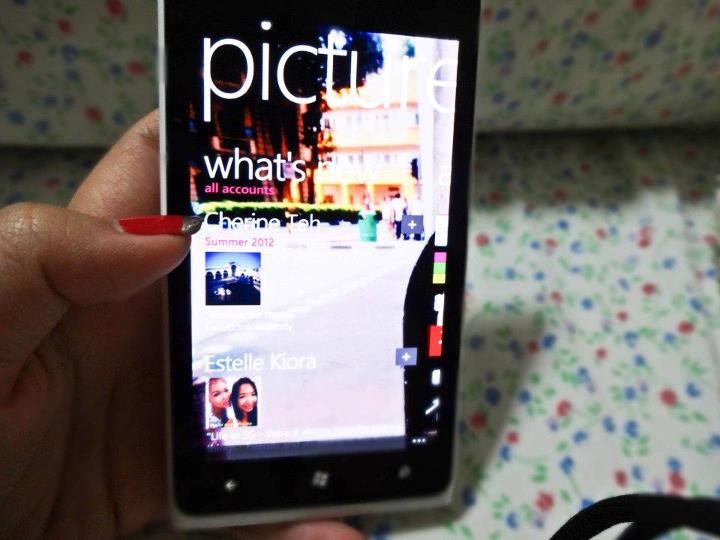 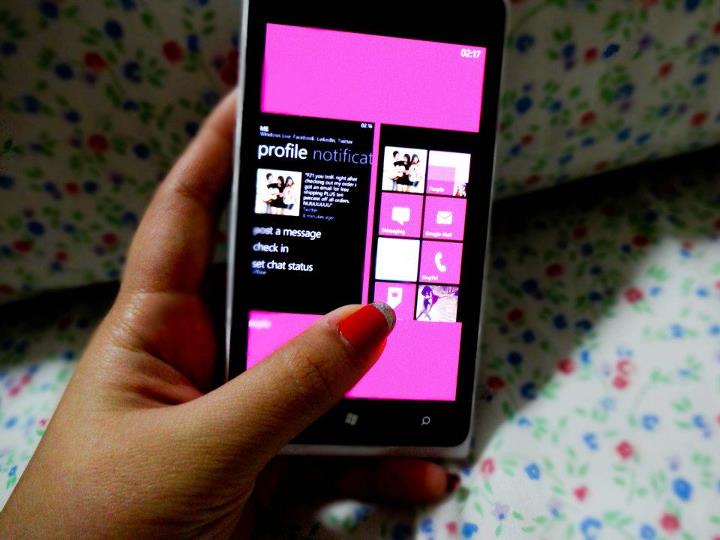 Would i recommend the lumia 900? Probably. To be honest, i was slightly less wowed by it than by the 800, because it’s sort of like a glammed up version of my current phone. Still, the internet tethering capability is sweet, and I’m a sucker for great displays and cameras on phones. The 900 seems the obvious choice if i were going to go for an upgrade right about now, but then again Microsoft has just announced plans for a Microsoft built windows 8 phone, so we shall see.

PS. Have you seen the Microsoft Surface tablet? Now that’s one sexy gadget i would cheat on my iPad for. You know what i mean.

Thank you, Nokia Connects UK for the lumia 900! A most lovely experience, and great for impressing people with.