Boy, do we have a lot to talk about. A whole bunch of stuff has happened over the past few days. But before that:

Sick of me posting up examples of great advertisements and campaigns yet? Maybe you’d rather be a banker or doctor or lawyer and honestly don’t want to see any more advertising campaigns? Well, too bad. By nature of my job i see them everyday and they’re too amazing not to share.

Another awesome ad campaign sent out via round robin email in the office.


The YouTube video was watched more than 10m times. It received 60,000 ‘likes’, 14,000 comments and 21,000 users selected it as their favourite. Our documentary was ranked as no.1 in the ‘Viral-Video-Charts’, beating superstars such as ‘Akon’ and ‘Pitbull’. During the campaign the search terms ‘F-Cell’ and ‘Invisible Mercedes’ enjoyed a disproportionate increase. Several international newspapers, TV and radio stations spread our story. However, not only them: our target audience turned into brand ambassadors, too. Overall, the campaign gained over 450m media impressions around the globe, helping to increase the awareness of Mercedes-Benz F-Cell technology by 43%.
– Excerpt from the Cannes Lions website

For those of you who don’t know, the Cannes Lions is the world’s biggest annual awards show and festival for professionals in the creative communications industry. Christel is currently in the land of longchamps now for the festival too! Somehow i need to get my ass there within the next three to five years… i might spontaneously combust just looking at all the ads i wish i’d crafted though.

Besides that.. I have also rediscovered my extreme lack of will and determination in my money saving plan. In other words, nothing new. 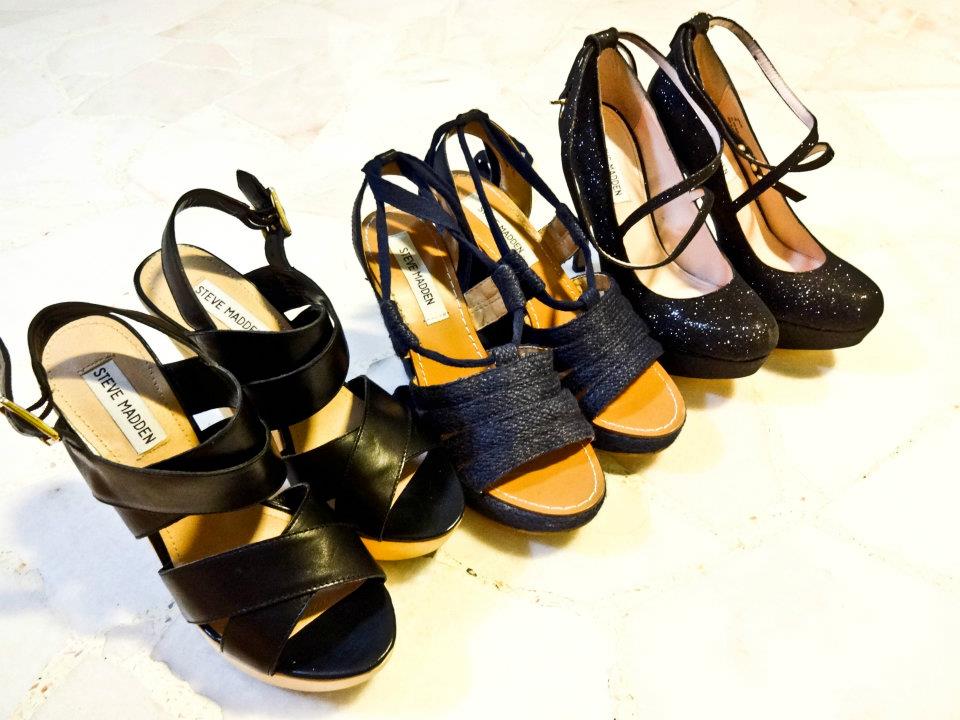 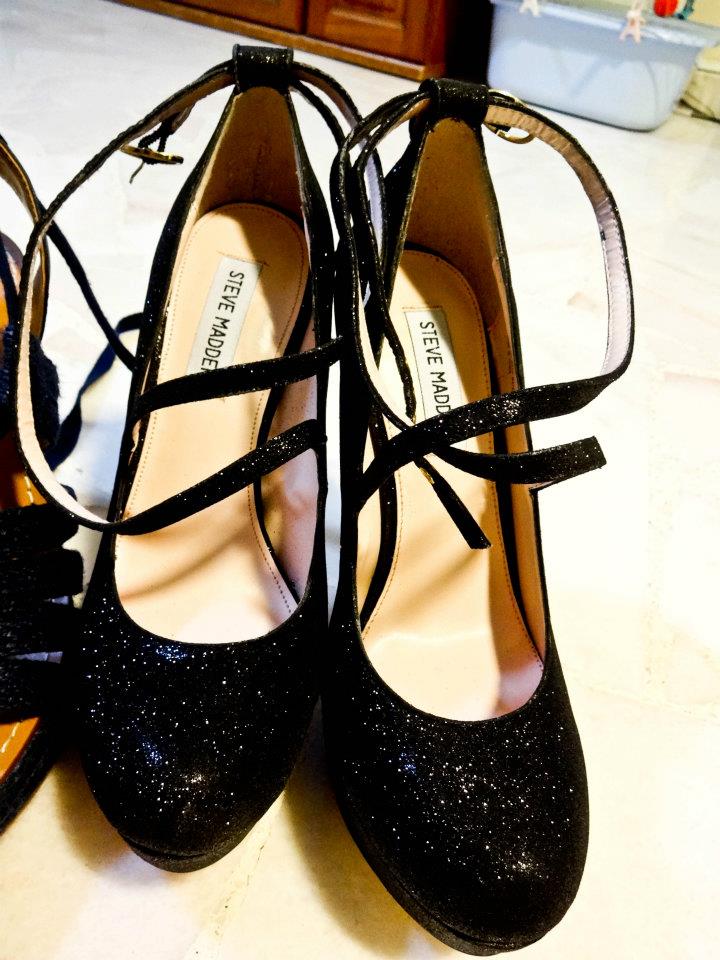 Gorgeous, aren’t they? I know, i know. I should be contrite with guilt. But there’s no point lying, because i’m really not. Im actually really pleased with myself.

Many thanks to Bex who helped me get a discount on the shoes!!! For the rest of you, the Robinsons Expo sale is ongoing till Sunday 🙂 I went back and got another two pairs of shoes yesterday, one dark brown leather ankle bootie heel from the UK and another pair of patent cream flats that look a little bit like XiaoQi’s Tory Burches except they do not cost 900 dollars.

The black glitter stilettos from madden pictured above are a bitch to wear though. I wore them today and though the sole was incredibly comfortable, I’d forgotten to account for the glitter edges which were rough and pretty much sliced my ankles bloody. I ended up making off with Pearlyn(my colleague)’s slippers after work because my ankles were gory, like horror movie SAW-worthy gory.

Are you relatively frustrated at the lack of How To Win A Camera As Per PROMISED From Your Blogpost Title yet?

Sorry guys, I’m being deliberately annoying. The thing is, Sony just passed me their new Cybershot WX100 camera to play with earlier this week. (Rather, I got it from Waggener Edstrom, their PR firm) I googled it and i came across this description which i thought suited the camera perfectly: the Socialite camera 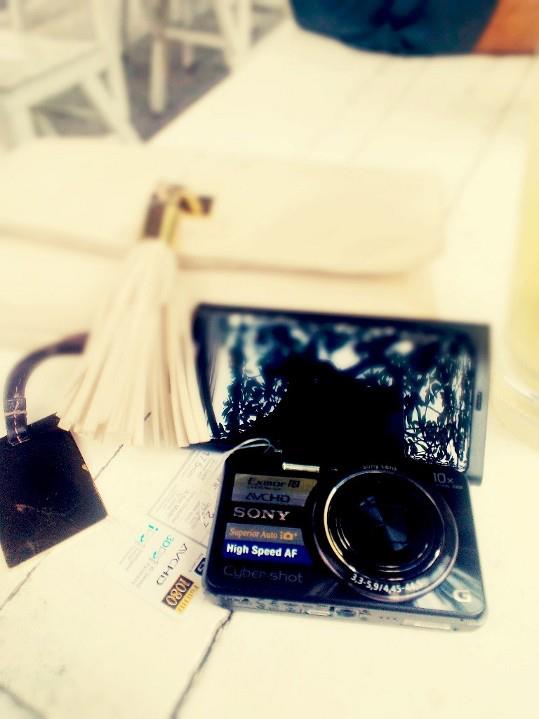 Look at how tiny it is! It’s smaller than my phone!

There are DSLRs, and then there are Semipros, and then there are compact cameras. When i was making my decision last January on which camera to buy, the reason why i bypassed the semipro stage and went straight to my DSLR from the fujitsu compact i was using at the time was because i thought i would end up with a dslr anyway and it didnt make sense to splurge 6 or 700 dollars on a semipro and lust after a dslr for two years before upgrading it. Also, semipros are kind of big. At least the one i had my eye on, the Olympus PEN, is.

Well I’ve never regretted it, and I’m still wildly in love with my DSLR, but the one thing i’m not so hot on is the bulkiness of the entire package. It kind of restricts the bags i carry to large totes, which i do like, except i buy all these evening clutches and they just sit around sadly in a corner with noone using them.

The Sony Socialite aims to remedy that- its currently the smallest and apparently the best on the market of its genre, very ‘handbag sized’ as evinced by the photo above.

I brought it out last night and today, so here are some photos for your perusal. Obviously not DSLR quality, but rather decent for a compact i think. 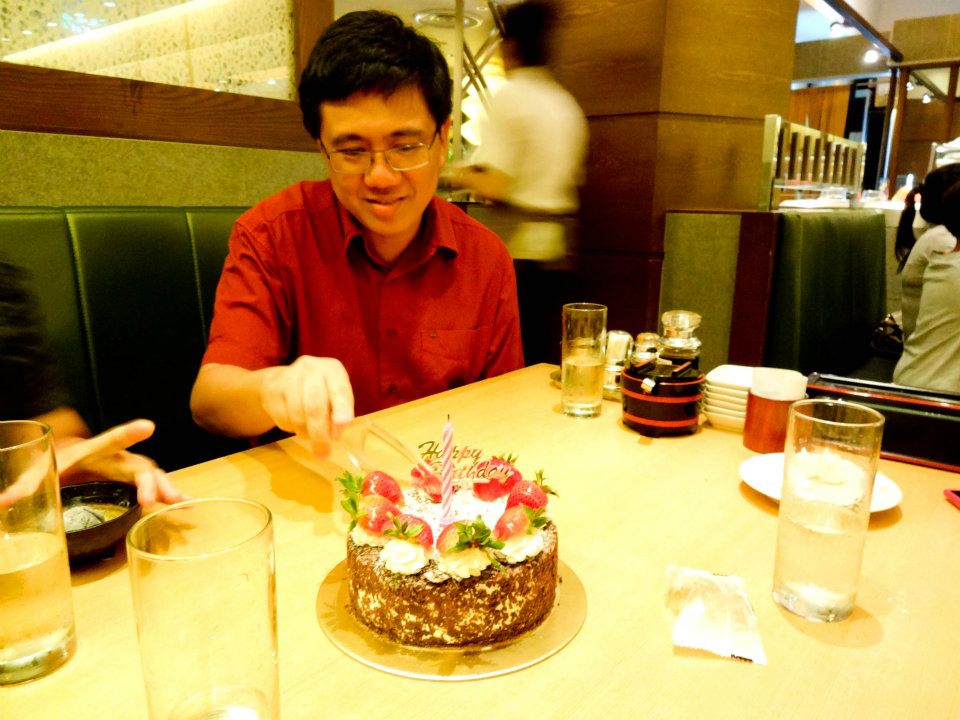 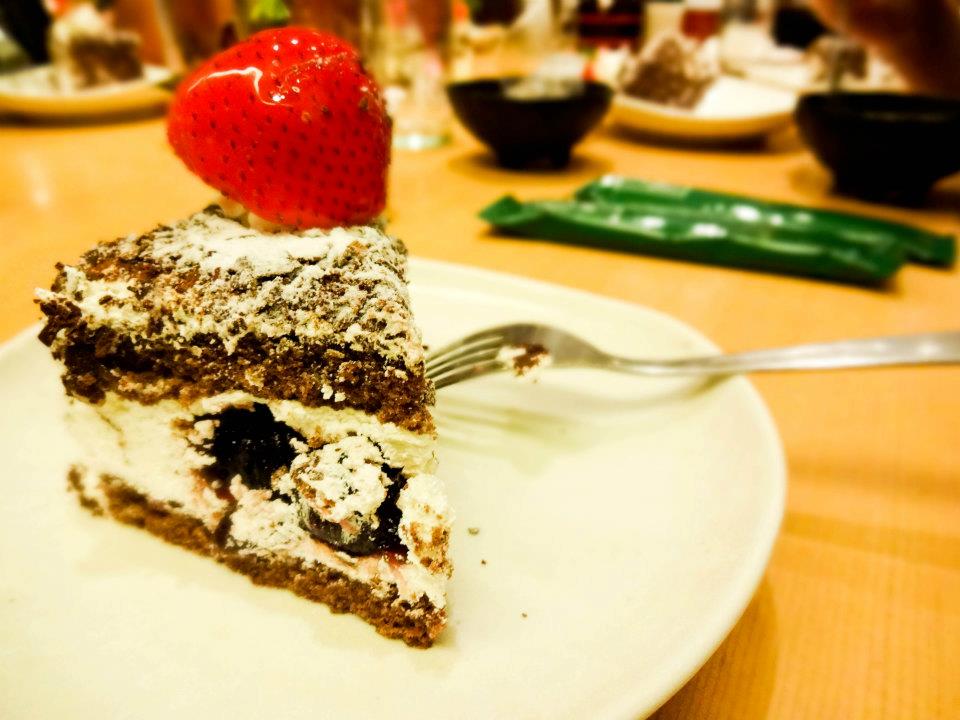 See, there’s this background defocus mode which imitates the effect given by prime lenses on the DSLR. 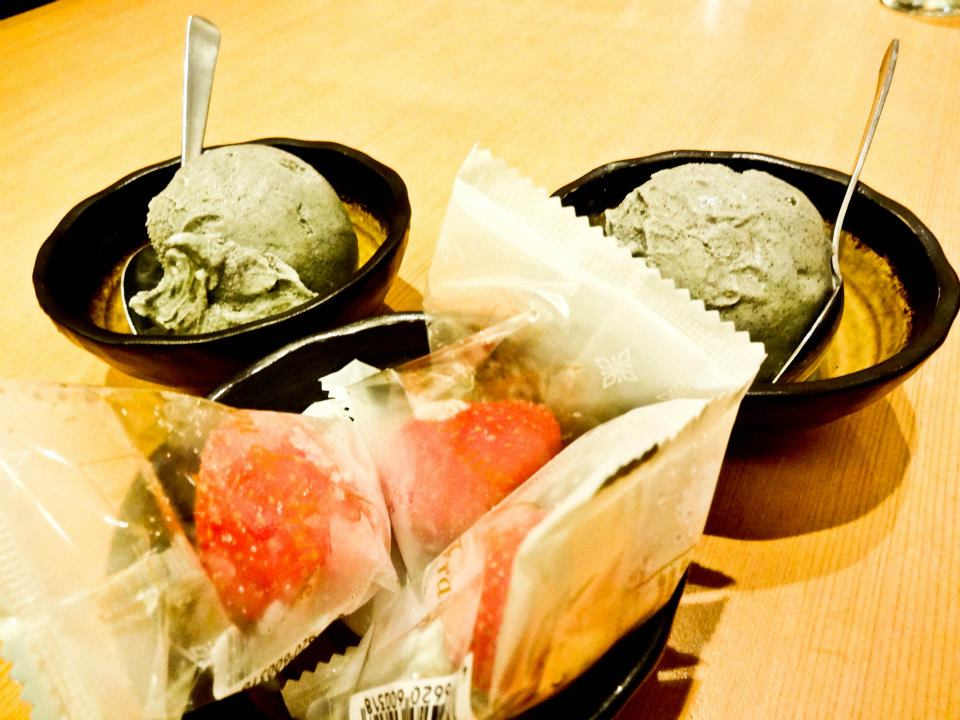 Anyone hitting sushi tei anytime soon should definitely try their black sesame ice cream. it’s awesome. And also, nostalgia in the form of frozen strawberries, the kind they used to have at Mosburger!

Also, a meeting this afternoon on this exciting but not very difficult to guess project Andrea and I are working on. We headed to Food For Thought- i’ve never been there, and i am VERY IMPRESSED by the wild berry pancakes that i ordered. I can’t say the same for Andrea- all she ate was fungi ie. her side dish of mushrooms. 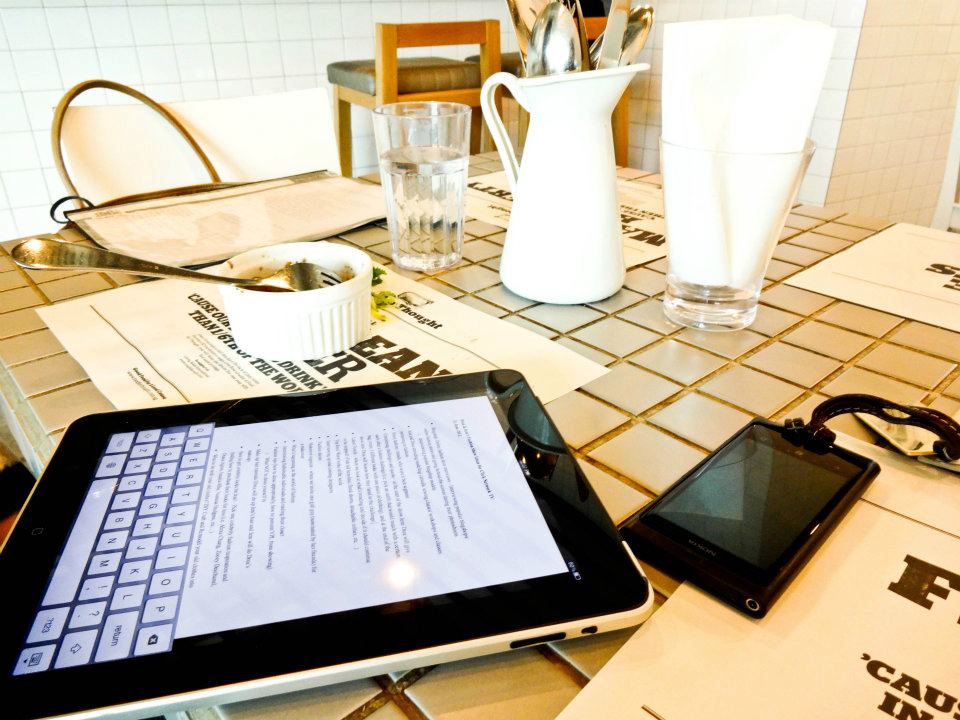 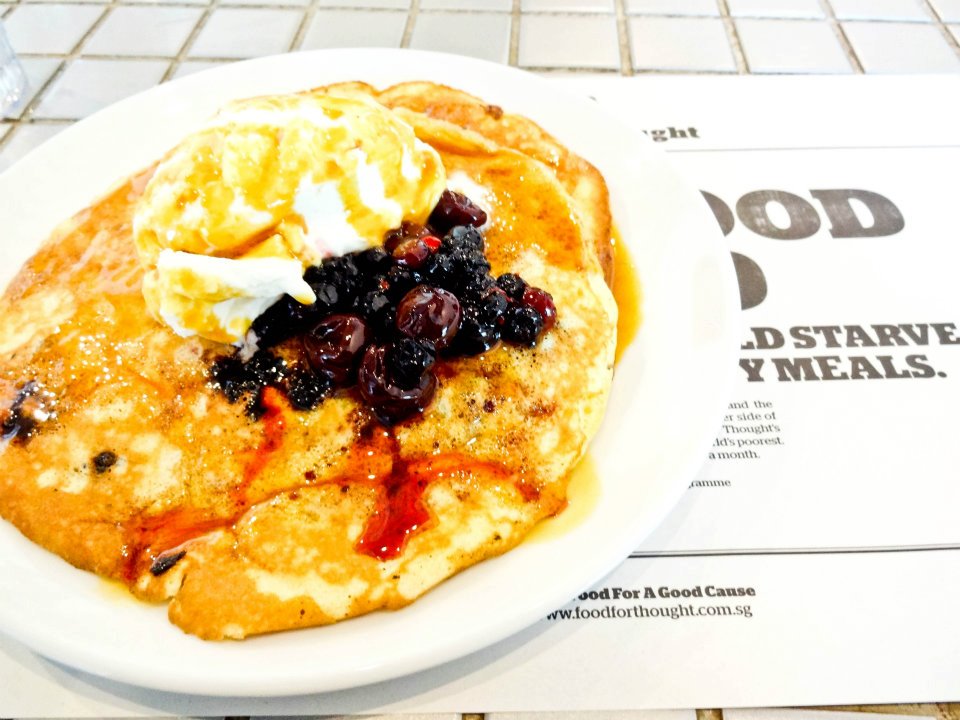 Looks good, doesn’t it. You know what else looks good? 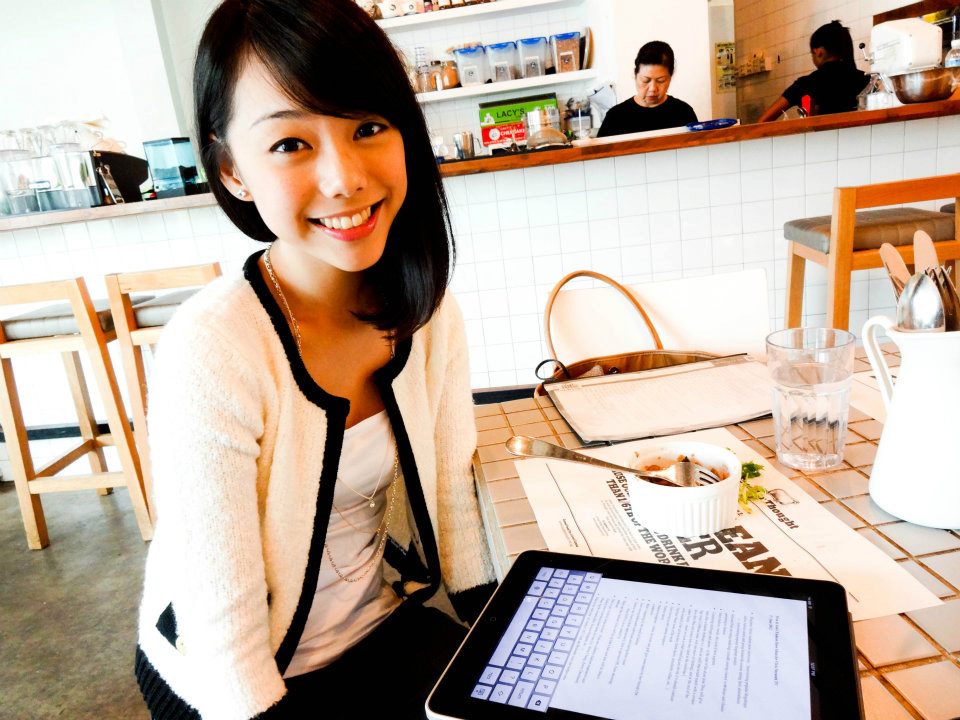 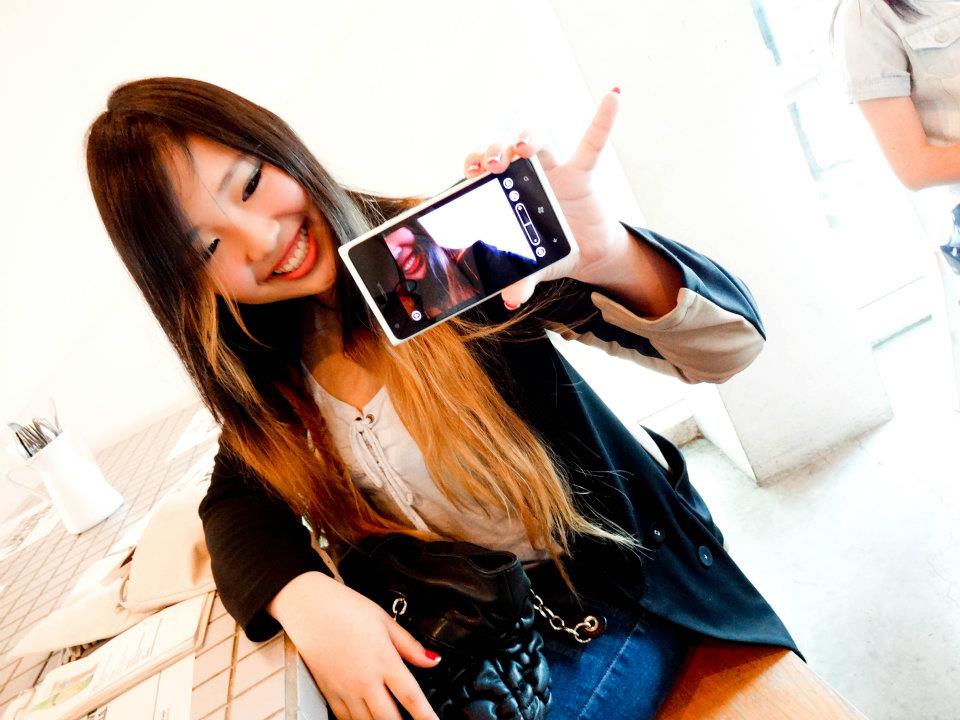 And the not so photogenic me. Here I’m demonstrating the (also amazing) camera on the nokia lumia 900, which i will do a review on (really) soon (i promise). 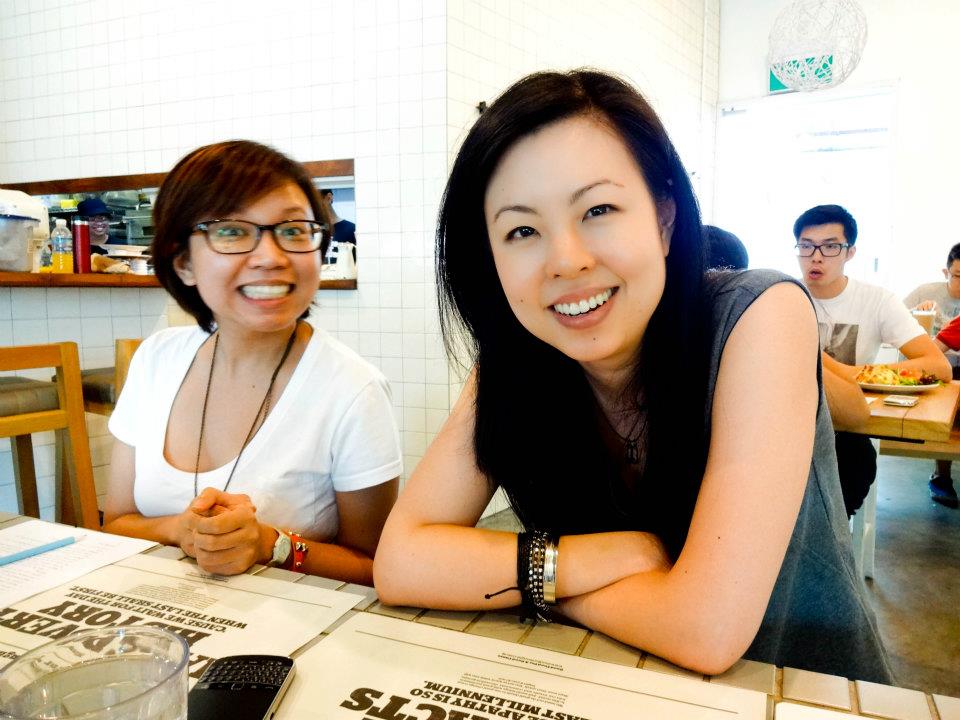 Who we had our meeting with. Have you guessed what our project is yet? I’m leaving it at that for now because there is nothing more annoying than someone who starts but doesn’t finish a thought. 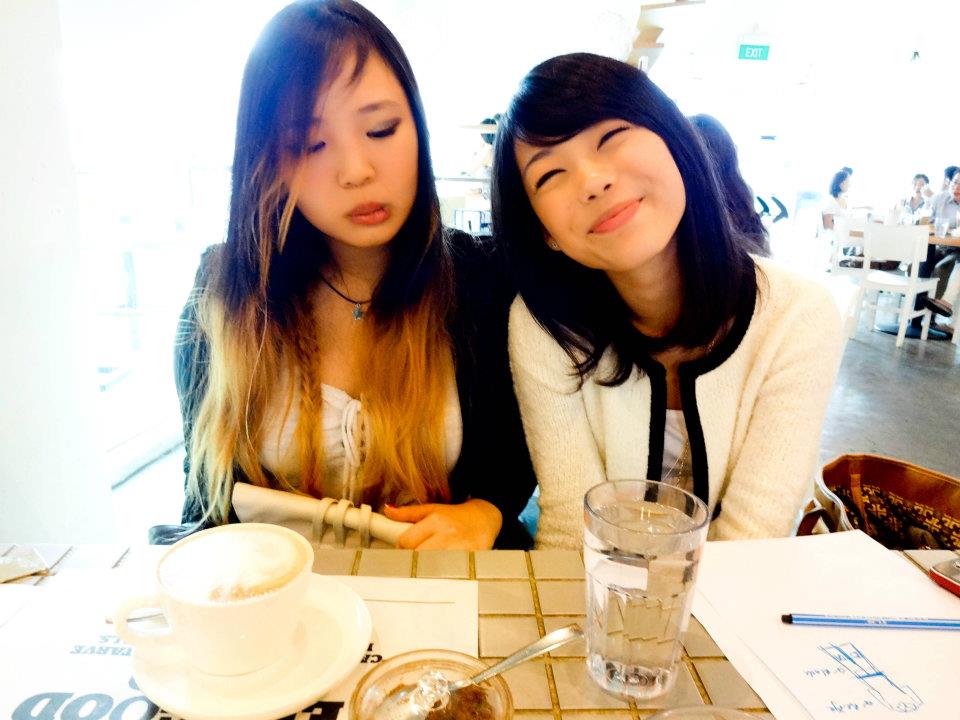 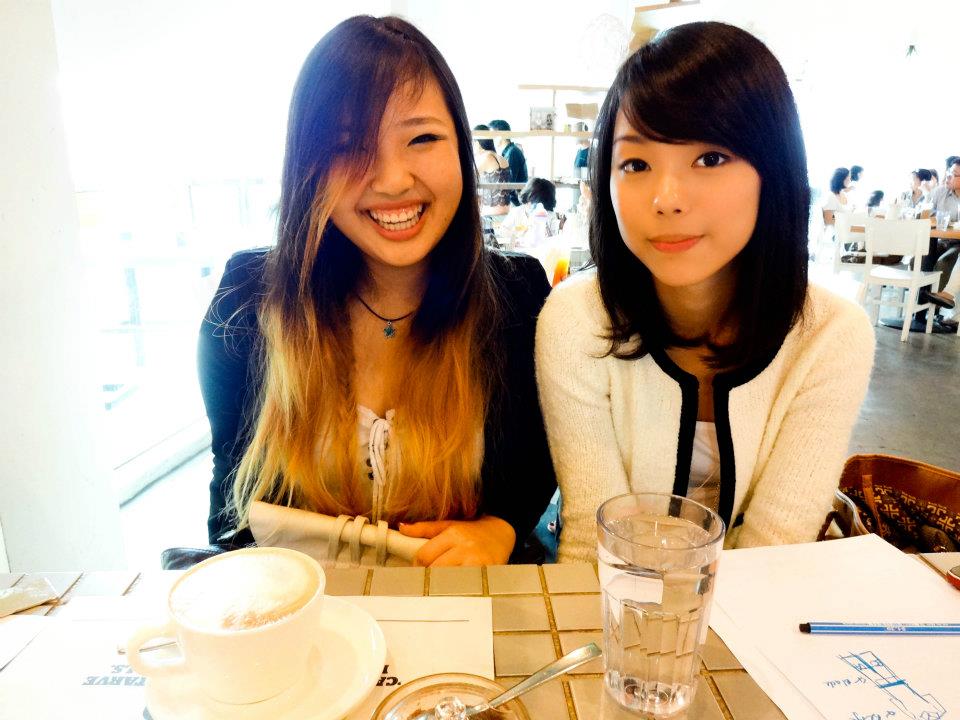 We’re testing out the ‘smile shutter’ function on the Socialite- i know, I’m “late to the party” as Miko so elegantly put it. The smile shutter function has been around for awhile, on Sony cameras. I LOVE THIS SMILE SHUTTER FUNCTION. Let me explain.

For non sony users, the smile shutter is a function that basically triggers a shot on the premise of a smile. You don’t have to press any buttons, just grin at the camera and the shot fires. This is particularly useful for group shots- can you imagine? Instead of rushing to fit everyone in the frame before the timer goes off, just tell everyone to frown until you’re picture ready then all smile at once!

The image of this happening in my head is just cracking me up, i tell you.

Also, the camera picture quality is conspicuously better in the daytime, as with most cameras. Here, a shot of the people i work with in indoor lighting 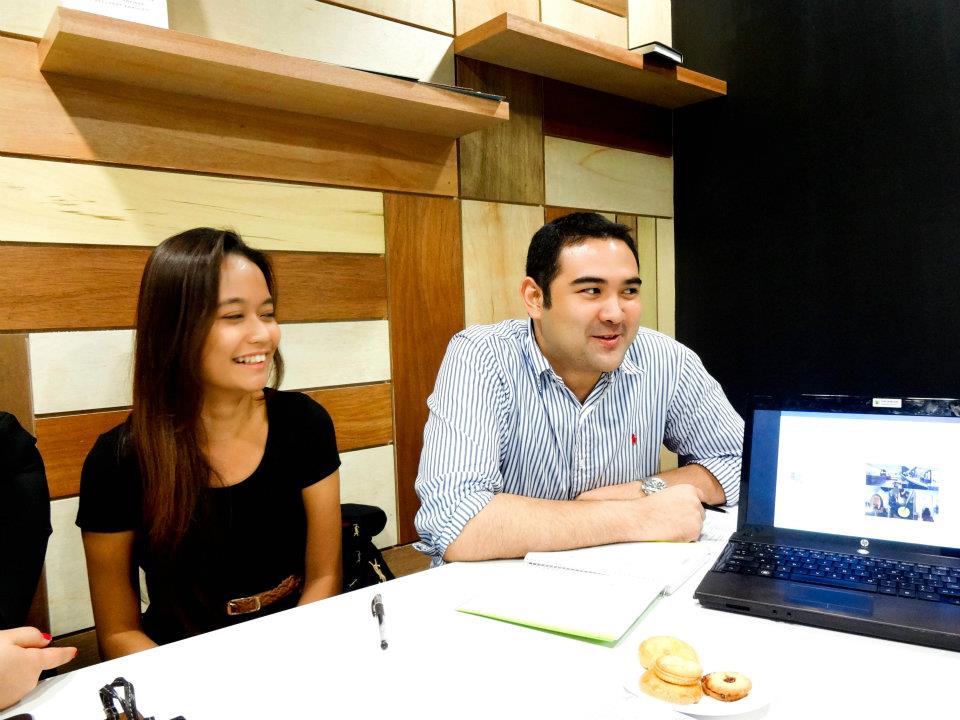 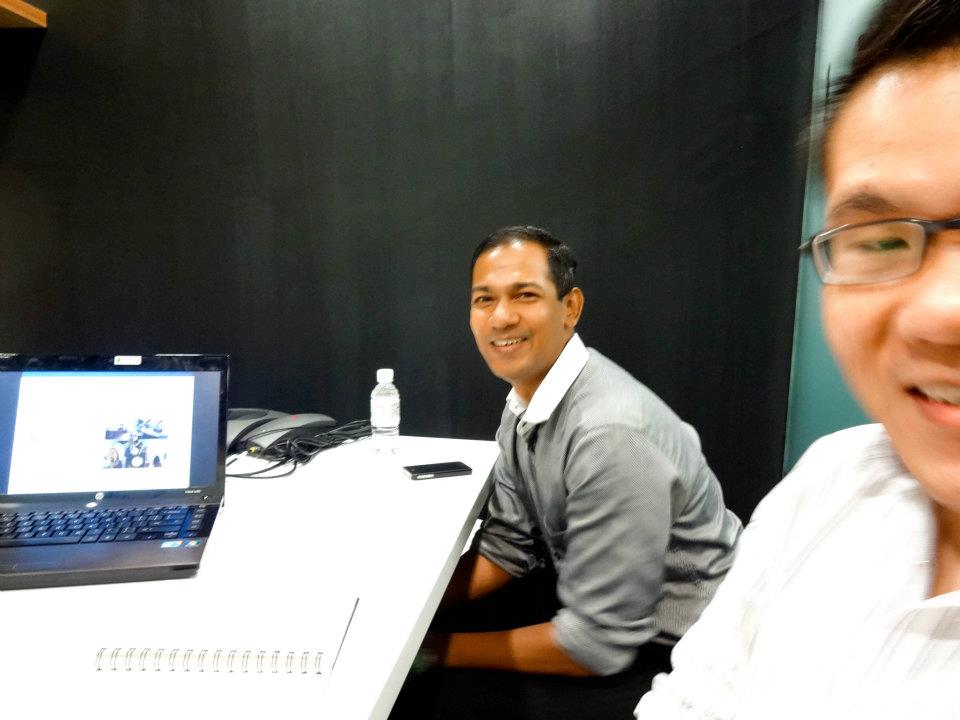 I was gushing about the smile shutter function to one of my clients during this meeting we had earlier on (insert miko’s late to the party comment here) and these were some of the shots the camera fired while on smile shutter mode.

if you want this camera but are a broke and struggling student like me, Sony is giving away the Socialite via two competitions:

You need to justify why you deserve to walk away with the Cyber-shot WX100 in as few characters as possible via Twitter. It’s a concept that is really relevant to their product, because they’re trying to show how less is more. I would probably like this contest more if i weren’t so bemused by the fact that i actually did propose something like this to another client (different industry though) of mine, but it’s still pending and if we do it now everyone’s going to think we copied Sony. Maybe next time..

The contest is ongoing, from now till July 2nd. They’re giving away one camera per week, so go try your luck!

what you need
a. LEGENDARY Draw Something-esque skills

Sony’s releasing five zoomed in pictures each week, and you have to guess what the original picture is of. Four cameras are up for grabs in the contest which spans over four weeks, and the first contestant to correctly submit all five entries each week will win a Cyber-shot WX100.

The contest is only starting on the 10th of July, and runs for approx a month till 6th August. You can access the competition here on the 10th, but meanwhile it’s a pretty sick microsite detailing different aspects of the camera which makes me wish i were a web designer.

That’s a total of 7-8 cameras Sony’s giving out over this and next month, so do go try your luck! It’s really a sweet camera- though it’s early days yet, given how i just got it. Really great timing though, i was dreading lugging the dslr around for Seniors camp and this year’s Freshman Orientation Camp. (I’m a senior attached to the Klaus OG, SIGN UP NOW)

Oooh, and one last thing. It looks like Twitter is down, and for the first time the fail whale isn’t anywhere to be seen! It is also probably a statement on how exciting all our lives are that this absence of a fail whale is capable of producing this much buzz in our lives.

PS. (Yes I’m well aware that my post is rather incoherent today but give the girl a break, i’ve been working late nights and my ankles are bleeding. that didnt make sense either, did it? See what i mean.)