So, i know you all clicked on this because of the ‘win an ipad!!!!‘ bit up there in the title (see, i know how my readers think!) but before that: 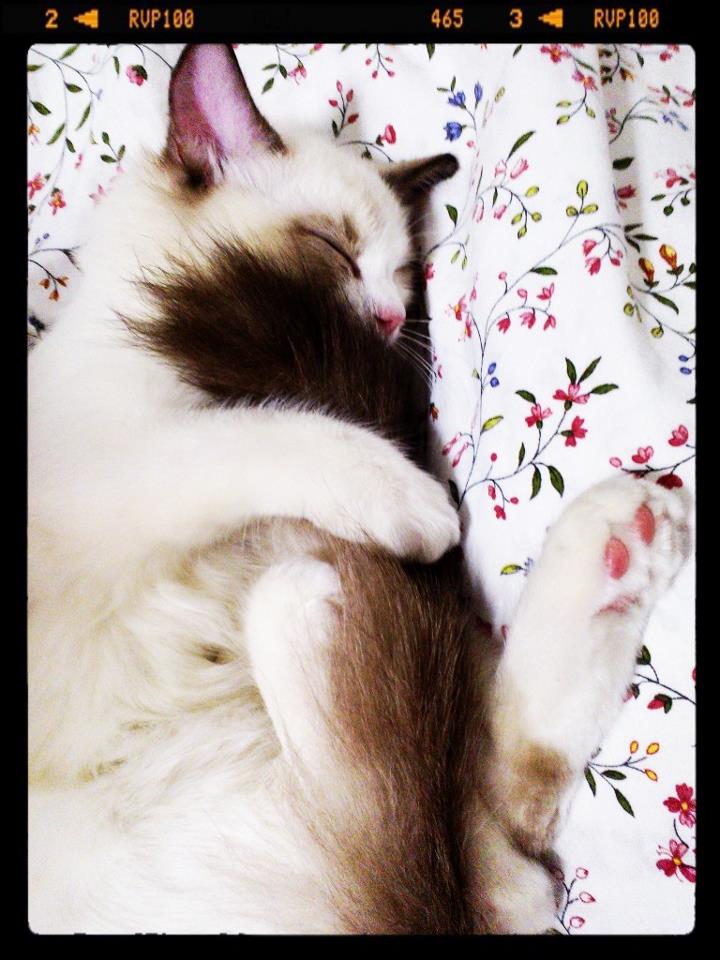 Guys, my cat is RIDICULOUSLY popular on facebook. I posted this up right before i went to sleep with her curled up on my sheets like this, and i woke up to 40 and counting likes and a bunch of private messages inquiring if she had siblings/was pregnant/was for sale. And when i post up a picture of say, the current book im reading, noone gives a shit.

This reminds me of a sofa conversation i had with my sisters the other night.

Baby sister: “wow check out this amazing singer i found on youtube.. wait a minute, why does she only have five hundred views??this is a great song!!”
Middle sister: “lul check out this cat on youtube meowing. FOUR MILLION VIEWS.”

People on the internet love cats is what we concluded.

Right after i typed this i turned around and yelled, ATHENA BABY, YOU’RE POPULAR! And she didnt care. Oh well.

Anyway, to the point.

I’ve been a fan of FRANK by OCBC ever since I got the invitation to be one of their initial fifteen digital influencers mid last year. No, this isnt an inflated sense of ego speaking, it’s the voice of someone tired of long DBS ATM machine queues and cumbersome confusing bank websites. In any case, the OCBC Launch of their new banking site i attended at Group Therapy back in September last year had smoked salmon canapes instead of the normal cubes of raw food companies somehow like to serve, and i was won over. I really, really like salmon, okay.

Since then, FRANK by OCBC (their new youth bank) has been rolling out one great initiative after another- have you SEEN their beautiful banking site??? – and it seems to only make sense that their next campaign is premised on Pinterest. 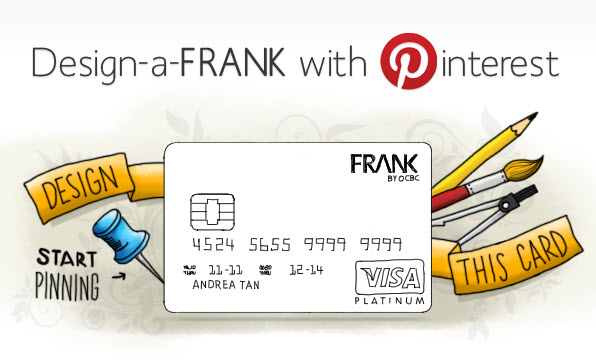 Charming: even the theme colors of Pinterest match the OCBC colors.

The brainchild of the gorgeous Sarah Chong from Wild Interactive, the campaign leverages on two vital principles of social media strategies- the incredible appeal of the highly visual, and co-creation. Did you know that the Vitamin Water drink by Coke was completely co-created by the Coke community, right down to the label design and drink ingredients? Now you do. 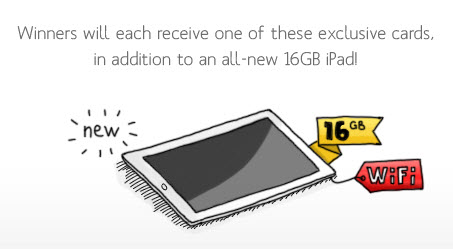 Now to the ipads you all were eyeing.

Basically, this campaign is a search for a new FRANK by OCBC card design. They put out a call for the FRANK community to create a new pinboard named #FRANKbyOCBC Card Design, and pin images which you think will best inspire a new card design. The three winners will get a special FRANK card printed with your new design, and .. yes yes, the latest ipad.

Oh and also, bragging rights for the rest of your life, having a credit/debit card with your design on it. I mean, COME ON.

this is the judging criteria, in case you were wondering.
No need to get all your friends to like your board or anything like that! Personally, i dislike like-baiting competitions, though i understand why companies would employ it in their campaigns for virality’s sake.
But, dont you ever get tired of being asked to like this and that and asking your friends to like pictures they honestly dont give a hoot about?

The entire inbuilt custom application tab for facebook is well designed, clean, neat font with a designer slant. Quirky enough to look like it has a personality, yet not too outlandish so as to undermine it’s professionalism. Very much like a shoulder length hair cut actually- long enough to look swishy yet short enough to remind whoever you’re conversing with that you’re probably smarter than them? Well, i dont know what that means for my waistlong hair so nevermind im not continuing down this train of thought.

And there you have my shameless self plug.

I (obviously) entered too, because i read the T&Cs back to front and theres nothing in there about OCBC digital influencers not being able to enter. It drives me crazy every time i run a campaign for a client and I’m not allowed to enter, like last year’s AirFrance/KLM valentine’s day competition. AIR TICKETS TO EUROPE!!!! But the ’employees and family/relatives of may not enter’ clause gets me every time.

This is my own pinterest #FRANKbyOCBC Card Design page! I started out pinning pictures of cats and sketches like this:

My life, every morning, except slightly less glamorous.

And then the more i pinned, the more convinced i was that FRANK should totally launch a superhero comic/ fairytale graphics range of cards! Im currently using the galaxy design, courtesy of FRANK, but i would drop it for one of these babies anytime. I’m still deciding between a Batman and Ironman graphic designer card in my head, from the imaginary line of cards that they’ve already launched in my brain.

It would be like one of those insane macdonald hello kitty crazes, except with unisex appeal. I would seriously go mad changing my card design every month or so. Gotta catch them all, and all that. No wait, that’s Pokemon. Ah, now that’s a thought.

Peruse the rest of the Marvel, DC, Pixar and Disney graphic designs i pinned here: http://pinterest.com/jemmawei/frankbyocbc-card-design/

You can enter the competition here.

I wrote a Very Pinteresting Deck (ha ha, im so punny i make myself chortle) late last month, and noted how companies in Singapore seemed slow to catch on despite Pinterest being huge in the US. I know Metro Singapore made small waves by being the first retail departmental store in Singapore to create a pinterest page, and it comes as a nice surprise that a bank is also at the frontier of such a trend. Very nicely done, FRANK by OCBC.

Banks seem to be trying to move away from the stuffy image a financial institution is burdened with, and social media seems the obvious choice of poison. First, it was Standard Chartered with the World’s Coolest Intern initiative, and now we have OCBC being the hippest bank in town.