#1297| your head is a bowling ball and other things you should probably know.

currently listening to:you’re the one that i want by Julia and Angus Stone
status:cracked

So basically last week i was very gravely informed that my head was a bowling ball and right after that i went to get coffee with my chiropractor and his wife. 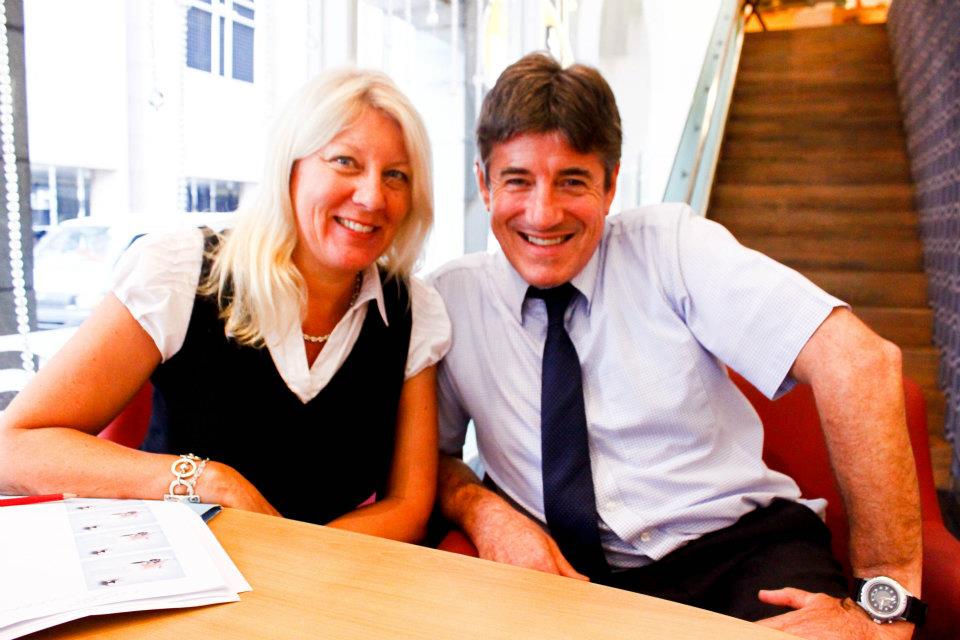 Meet Vanessa and Tim Errington, my good-looking, smart, and wickedly funny chiropractors. That up there was pretty much me demonstrating my amazing tweet-length update skills regarding my visit to the chiro (ok fine its 160 characters, but whatever). I know what you’re gonna be thinking: whats wrong with you you are nineteen not fifty why are you visiting a chiro but to be honest, I’ve wanted to visit one ever since i was 16, studying for my O levels in the airport, and Jenna mentioned ‘ugh, my back hurts, i wanna go to a chiro and kiack kiack soon’. And then i read this chick lit novel where the female protagonist went to this chiro in new york because she was feeling depressed and she came out feeling happy as a lark..

But i’ve never had the chance to, mainly because you don’t see chiros popping up at every corner like the next starbucks, and after awhile backaches and muscle tensions were just dealt with via massage parlors or ice creams. My european friends were telling me that it’s more of a lifestyle thing for them in the west, while its more of a medical thing here, which probably explains why you don’t see that many around singapore.

Well, the good folk at Total Health Chiropractic invited me down last week. (!!!!) This got me into something of a frenzy of excitement and for the entire week leading up to my visit, i’d casually drop it into random conversations in a very ‘oh hm, my back hurts, think i’ll go to the chiro soon’ kinda way. 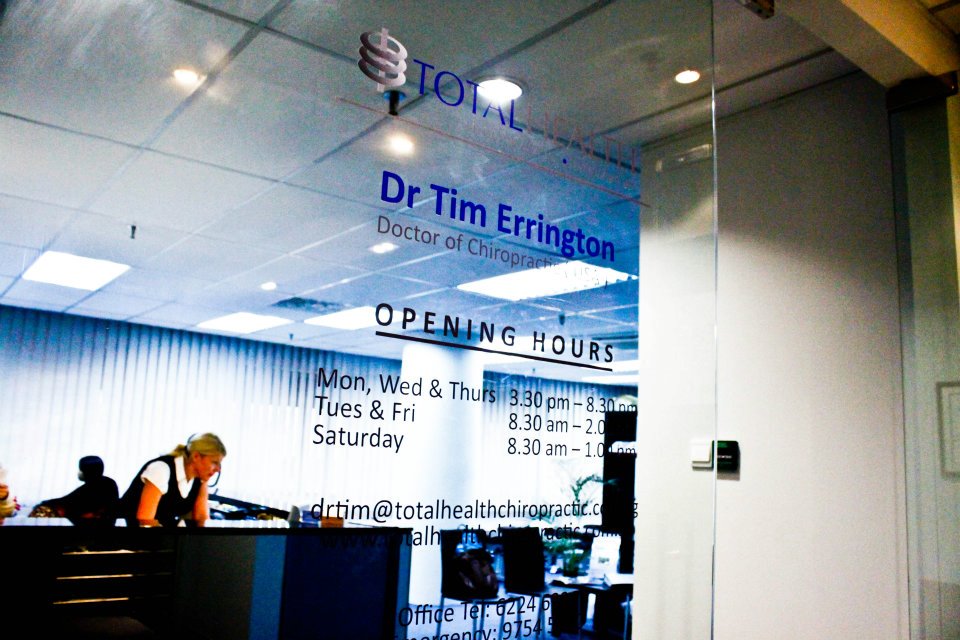 Van and Tim were originally chiropractors in the UK, and then Spain, which explains their extremely laid back approach to office hours. It seems more of a suggestion than a 9-5 templated norm to them- observe their opening hours up in the picture above. Kind of makes me want to work in europe: i love how seriously they take their work life balance.

Which kind of brings me to my next point. Chiro is huge on quality of living. The couple emphasized how chiropractic treatments were supposed to bring you closer to your body’s natural state several times, which i didnt understand until i realized that neither of them have been to a doctor for about nine years now. Which seems like a good way to go because of how bloody expensive doctors are nowadays. It turns out most ailments are induced by misalignments in your spine, and can be prevented if your spine is properly straightened and in its proper position.

This sounded strangely familiar- the entire semester my voice teacher has been yelling at us to STAND UPRIGHT DONT SLOUCH AND STRAIGHTEN YOUR SPINE because apparently the position of your spine affects your sound and tonal quality. She even stuck a whole section on posture in our notes and made us memorize it. See, i took a photo 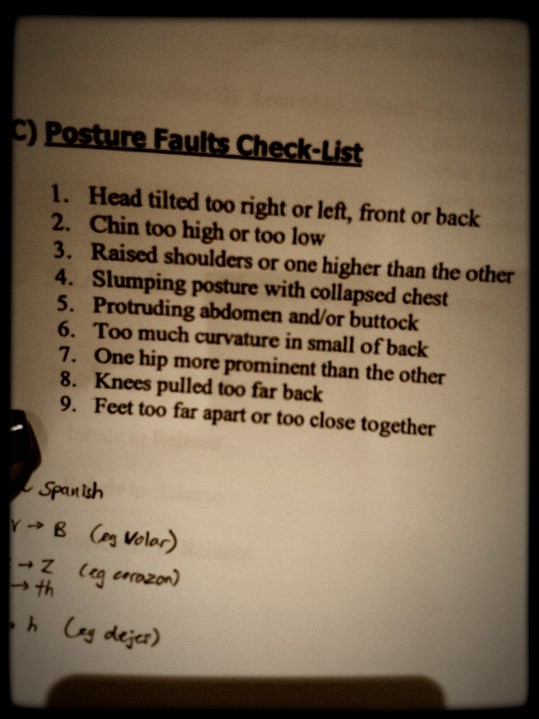 Refer to number 5: it also made it slightly awkward when she went around staring at our asses when we were singing to make sure we were MAXIMIZING OUR VOICES. I swear she says it like that, with the caps lock and all. She’s got this teeny microphone she clips to her shirt and hides under her curly hair.. okay, i digress. This post is not about my voice teacher.

Anyway, this fascinated me (see above re: expensive doctors) so i asked Tim: ‘how about fevers?‘ and he said that fevers were not strictly a sickness but rather the body’s way of expelling toxins and we should just let it run its course and get rid of all the nonsense in our bodies. And also, to stop eating rubbish i.e. junk food.

I was poking around in their office before meeting tim because he was in the middle of a consultation with another patient, and i picked up this official looking thick black file which turned out to be their client testimonials! Goodness. Look how thick it is. 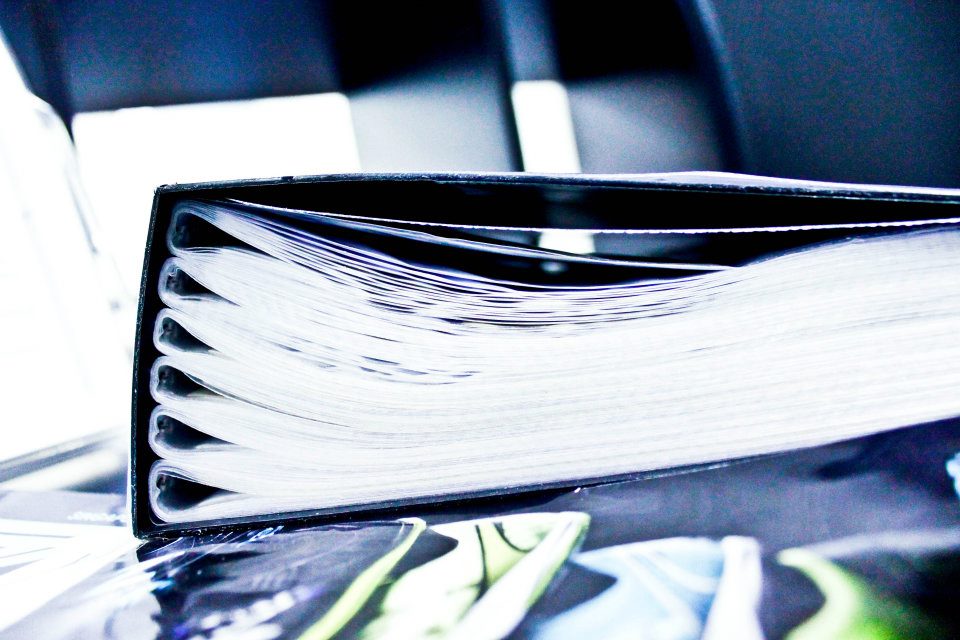 I flipped through it and they were all glowing letters and emails worshipping this couple and their magic hands. Christel said Tim should seriously consider getting his hands insured, because they really do work magic!

I walked into the office, and Tim plonked a bowling ball in my hands and told me that it was my head. 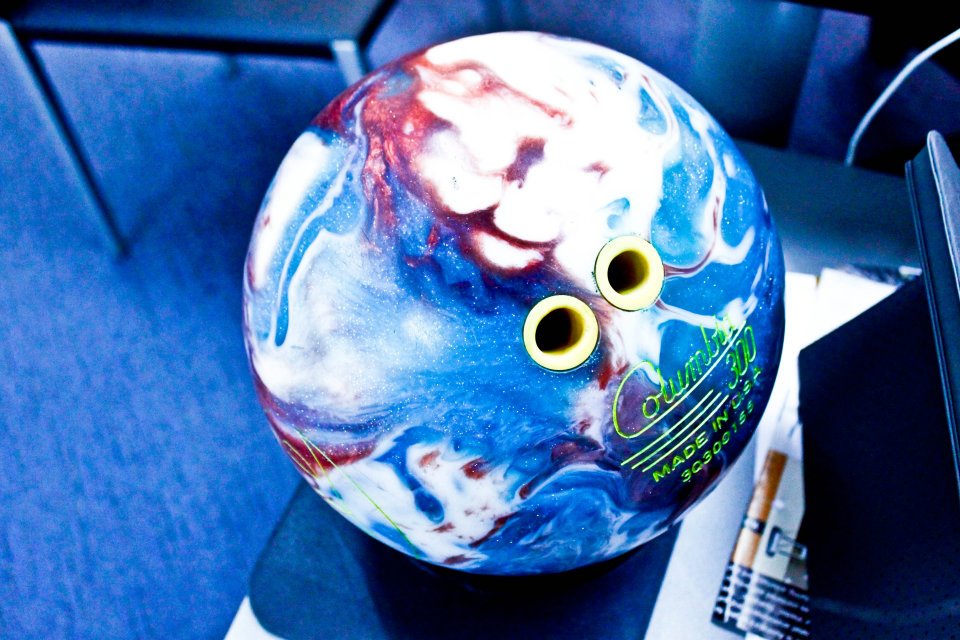 Turns out the human head weighs about six kg, which makes me very hopeful about corresponding brain matter weights. Anyway, the point he was trying to make was that your (huge) head is basically just sitting on your spine and if it isn’t properly supported and resting on the center of your spine you are going to Be In Trouble. By the time he finished this sentence my arms started to seriously ache so i believed him. Usually when i hold bowling balls i try to toss them down an alley as fast as possible. Those things are heavy. 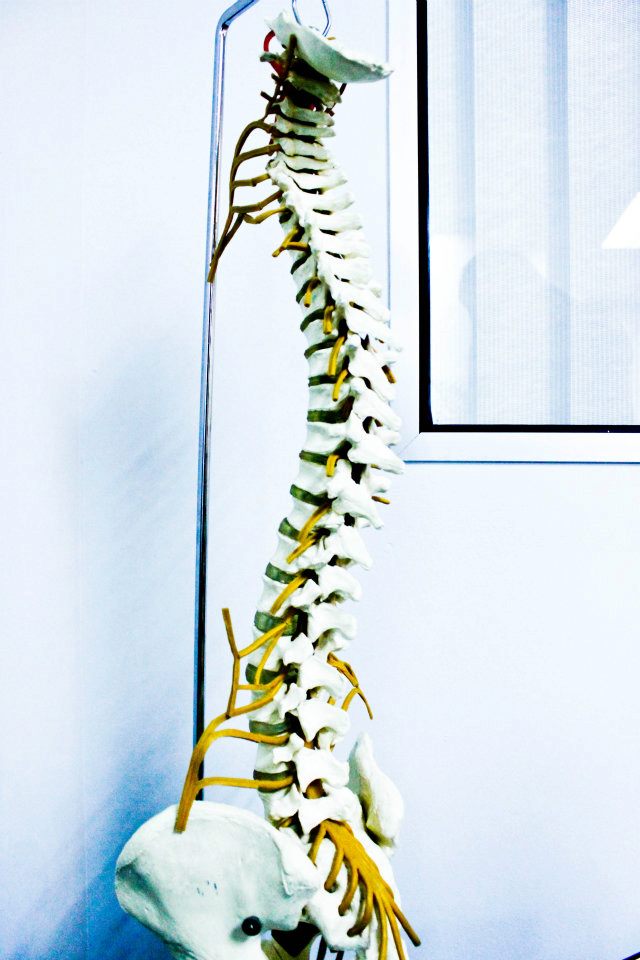 Your head sits on this.

See that disk up there? Your head rests on that, and if its sitting nicely on the center then your spinal curve is nice and proper and you generally don’t get headaches or feel unnecessary fatigue and things like that. Once it starts shifting (due to too long work hours and bad posture and so on) then your individual spinal segments start squishing your nerves (the yellow bits) and all sorts of bad things happen. I couldnt remember the exact details so i took a photo of the board that lists all the things related to your spine for you: 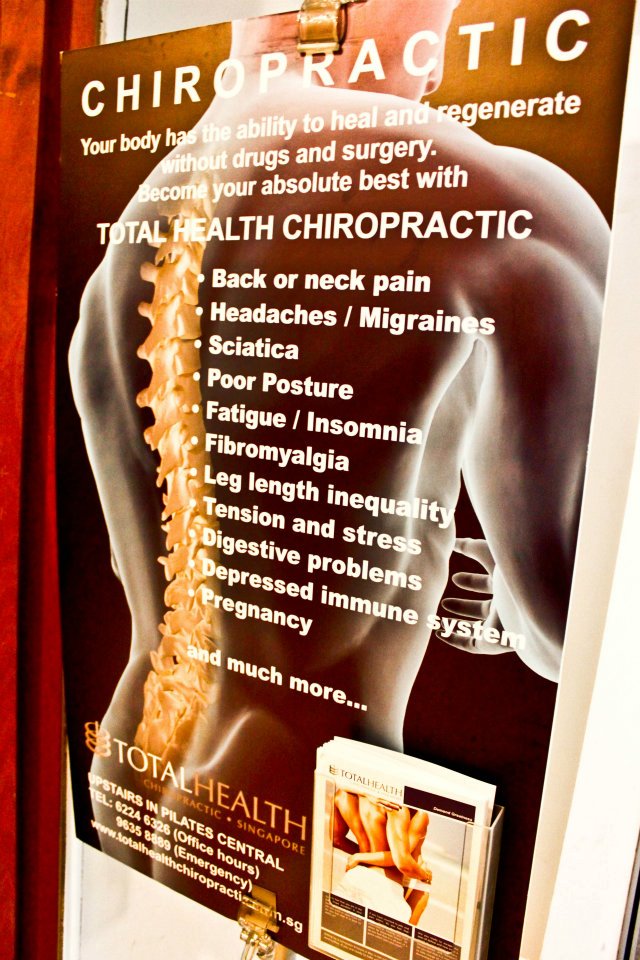 Anyway, its common knowledge that your nerves are pretty much one of the most important things in your body because they affect everything else. You learn it in primary three science. See, i even googled it for you: http://en.wikipedia.org/wiki/Spinal_cord

You can tell that Tim and Van are really passionate about the spinal cord and all things related because they go around offices giving out free consultations and analysis’ to office workers in the CBD, which they really aren’t obliged to do, given how they’re somewhat superstars in the chiro industry abroad and don’t have a lack of patients as it is. I mean, Tim’s youngest patient is a 9 month old baby! he says he pokes her spine into alignment with his little finger.

When they first came to Singapore, they conducted a chiro analysis and consultation for this company, and the results completely horrified them. It turns out ninety percent of Singaporeans have lost most of the curvature in our necks due to our lifestyles working, studying, and so on. SEE i knew there was a reason why none of the people we see on the streets have natalie portman-esque neck cords ala black swan. A recent study done showed that Singaporeans also spend less than 72 minutes standing per day- basically you walk to the bus stop and then take a train to work or something and then sit down and churn out work and then walk to the mrt, go home, and crash. Rinse and repeat.

That’s horrible statistics. But if you think about it, it makes sense i suppose, unless you go to the gym regularly.

And we’ve already (ok at least i have) accepted headaches and exhaustion as part and parcel of our c’est la vie lifestyles that it mostly hasn’t occurred to us that it might be symptomatic of a bigger problem- a misaligned spine.

Here, let me show you a close up of bits of your spine: 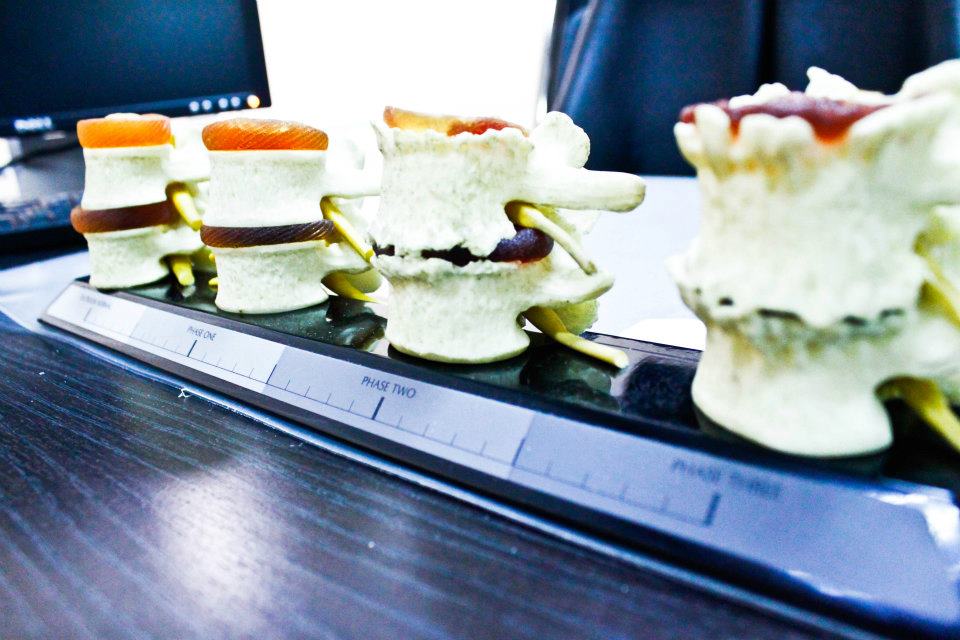 The one furthest away is how your spine should be like, and then as it gets closer to the camera the discs start squishing your nerves and it basically looks disgusting. I am kind of in denial about the whole this being in my back thing because of how weird the squishy nerve bits look. But you can see how squished the nerves can get. Do the math yourselves- it’s gonna cause major problems when you reach the last scenario! 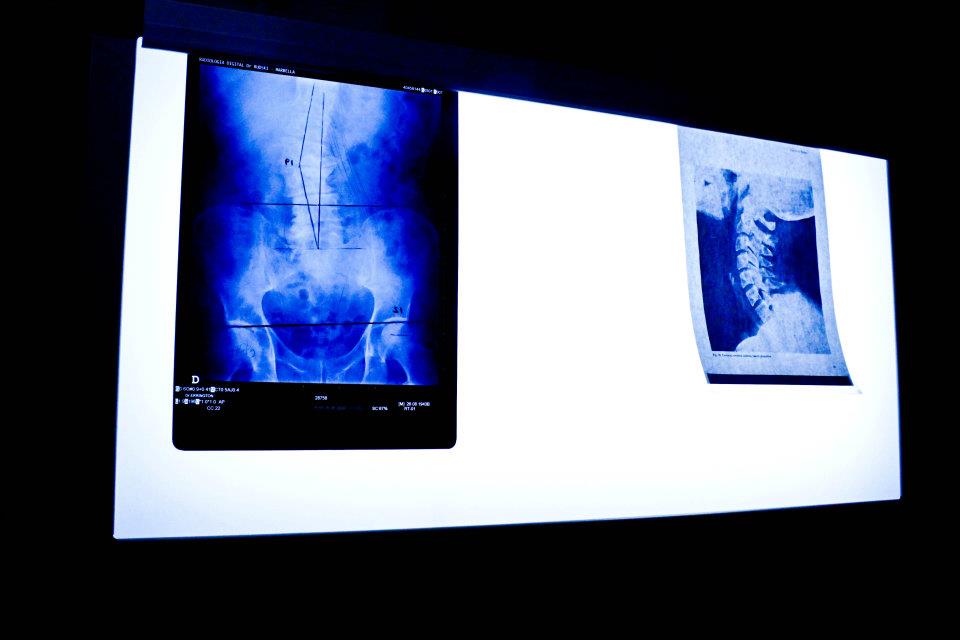 Here you see an x ray of one of Tim’s old clients who had an unequal leg length and suffered like mad for it for years! How chiro works is like this: first your chiropractor will crack your back and figure out what roughly your issues are (i.e. spine, neck, hips, etc), and then you go for an X-ray so he can pinpoint exactly what’s wrong. After that he decides on a treatment for you over a stipulated period of time and you get to use these depending on what needs to be done: 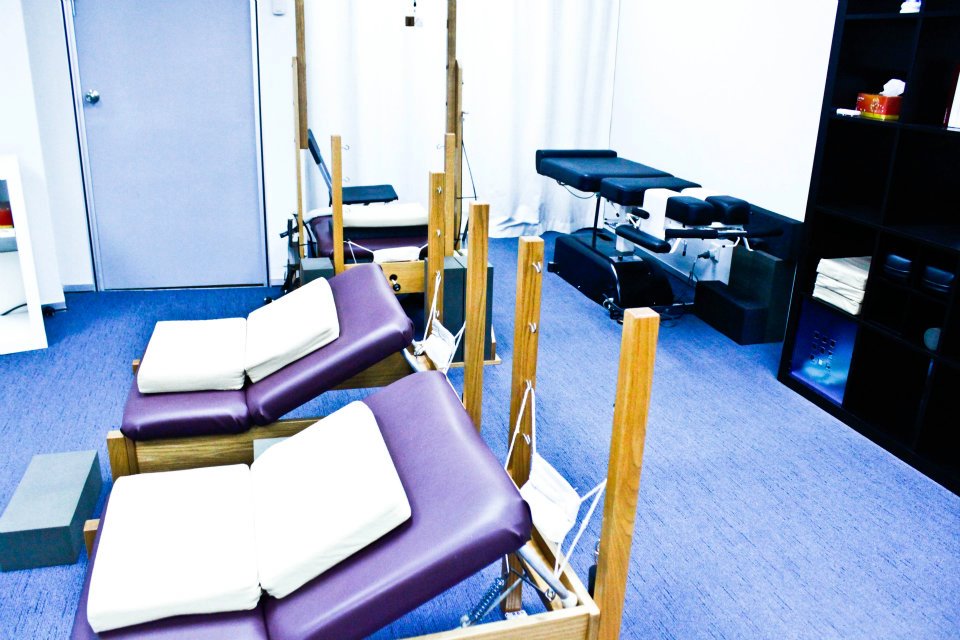 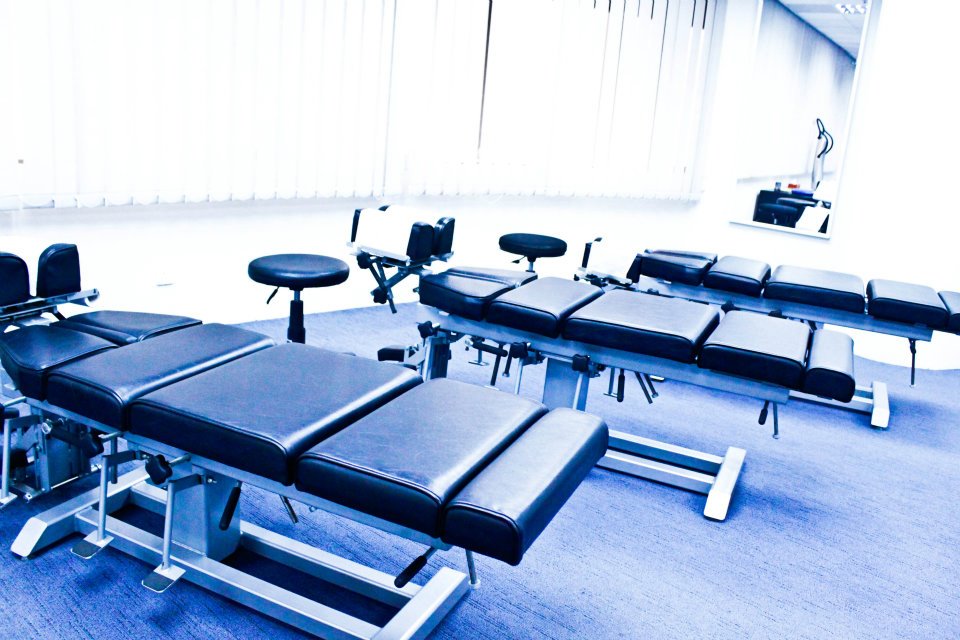 It looks a little bit like a torture chamber, doesn’t it? I was a little apprehensive but then Tim said ‘i promise you nothing we do here hurts’ and technically I’ve been wanting to try this in forever so it didnt make sense to chicken out at the last minute. He wasn’t lying- it really didnt hurt, but when your back gets cracked theres this scary sound for a moment and after that you realize your back feels a whole lot looser, like a whole pocket of air and tension came whooshing out.

I know its a strange way to phrase it, but it really feels as though there’s a lot more.. space.. for my bones to move around in my back! Goodness i just made myself sound like a burlap sack. But Still. Lingering effects included not falling asleep at work and a fantastic night’s sleep.

Tim and Van are fiercely passionate about their work- its obvious upon meeting them that this isn’t just a job for the couple. They also believe that this:

is really not how evolution was supposed to go down.

I think the public perception of chiro being a medical solution to slip discs and chronic back pains is something of an issue. I mean, not that it isn’t- in fact, its probably the best solution to slip discs and so on. But I’ve been asking around and it turns out that going to the chiro after work or popping in for a quick back crack on weekends has become somewhat of a lifestyle for europeans and americans, while in singapore we only visit one when we have a bad fall. Why? You don’t only drink vitamin C when you have a flu. You don’t only eat veggies when you decide you want to take a shit. There’s this truism about Prevention being better than cure and while i dislike truisms, theres no other way to put this more simply.

It just occurred to me that i should have taken a video of Tim and Vanessa- they’re so vibrant and full of energy despite having a bunch of kids that you just feel so compelled to ditch massages for chiro sessions for the rest of your life. It’s honestly a living testament to their whole great spine = awesome life theory- you need to see them to understand it.

Absolutely amazing session- so grateful to have been invited down!

Like massages but with a zillion more health benefits. Everyone should really go to a chiro at least once to get your spine diagnosed and prevent things like arthritis from setting in early. I think i might be bringing my mum soon too.

Knock on their door here: