First up- thanks so much for all your emails and twitter replies regarding my previous post on my alleged brain tumor inferred from the spontaneous and frequent bleeding of my nose. I regard all your suggestions very seriously, even the ones about going for an operation and drinking more water and buying an ice pack and cutting off my nose. Okay, maybe not the last one. But other than that.

Anyway since everyone seems relatively amused and/or intrigued by the strange state of my (non) health, i thought i’d bring up something else related today. For the longest time, my back has been hurting in a ‘i must be secretly carrying a ghost on my back ala thai horror movie shutter‘ kinda way. No doubt because of pre finals late night cramming hunched over my notes and my current working life which involves sitting by a desk most of the day. i know it sounds stupid coming from a teenager, really, but it’s been really bugging me.

on a separate and seemingly unrelated note, i make it a point to try and do something new and hopefully exciting every holiday. Last summer after my A levels i entered media for the first time and then spent all the money i earned on an impromptu solo month long trip to new york. Last December I started off by planning an epic one year anniversary surprise for my best friend and girlfriend, and then went for my first press conference with Train and Mike Posner (also, their concert!) courtesy of Sony Entertainment Singapore and Waggener Edstrom PR. I also make it a point to try and not say no to anything new unless it involves eating dead unborn animals like balut (made me throw up) because i watched Yes Man and obviously any show with Jim Carey and Zooey Deschanel running around doing stupid things will be one to emulate.

So when i mentioned my backache to a friend, she was all “oh you have to try yoga it changed my life and it will Fix Your Lower Back.” I swear that was how she said it, with the capital letters and all. And I was all like mehh are you sure it sounds weird and lotus-ish but she kept going on about it so i was like FINE and signed up for a trial.

This was where i made my first mistake.

“Have you tried yoga before?”

the smiling girl at the counter asked, and then recommended the beginners class when i shook my head no.

In my head, this was how it went down:

Sure i haven’t tried it before, but come on. I can touch my toes. Beginners is probably for people who can’t touch their toes. Also, I’m a teenager. I’ve read John Greene. I know how this works. We’re supposed to be able to throw ourselves off cliffs and survive it and shit because teenagers are invincible.

So i signed up for intermediate.
I am obviously a deluded idiot,

Today i went for the trial class after work and most of the other people were, i don’t know, Forty? And i was internally grinning to myself thinking I’m half their age and i scored an A on my Napfa (spell?) Sit and Reach so obviously I’ve got this down pat.

Following that thought, i had about the worst one hour of my life. I don’t know if you’ve seen people do yoga before, because they make it look easy as anything, but its NOT. And also apparently its supposed to be amazing and zen and calming. It is also NOT.* There was this one point in time the teacher said “Okay, now put the back of your right palm under your left thigh and reach backwards with your left hand and interlock your fingers while dipping your spinal cord with your chin parallel to the ceiling” and i was just like What. She can’t be serious. I don’t even know where my fingers are how am i supposed to interlock them. I kid you not. 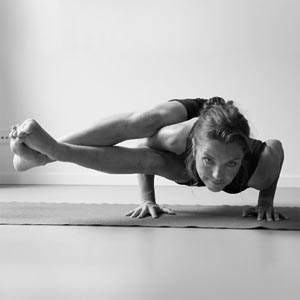 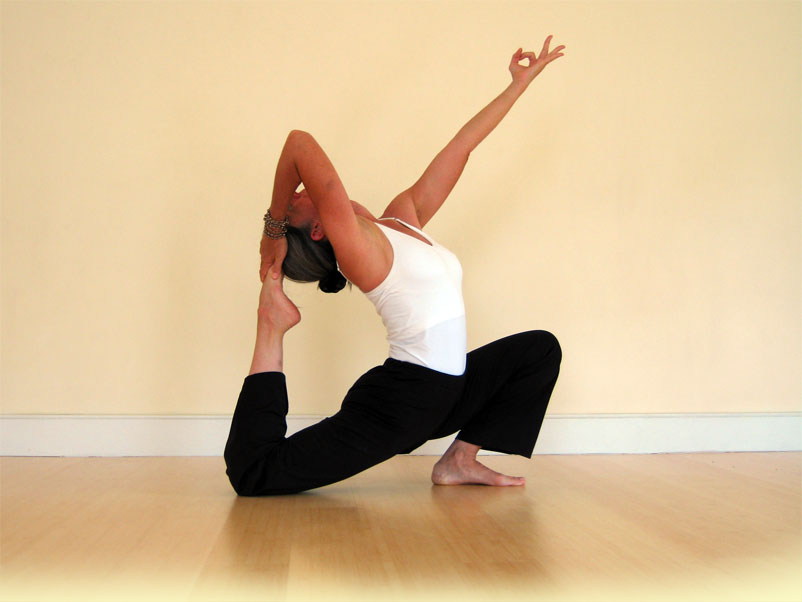 And i looked around the room and all these aunties were doing it so serenely and calmly like they could be balancing a glass of champagne on their twisted hips and singing a wagner sonata while doing this weird contorted pose and i thought to myself ‘i am a failure in life’. 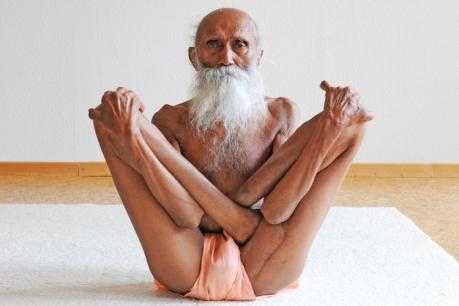 Getting pwnd by an 80 year old man.
Yeah, you know it.

I don’t know what the moral of the story is.** Probably that you should listen to the counter girl when she tells you to go for the beginner class. Or else, that forty year old aunties would make great assassins because they could reach places you never knew existed and dismember you in two seconds or something. Im not continuing down this thought path because it is potentially dangerous. After the entire thing, my back felt the same (albeit more sore) and my only consolation was that my hair looked fab after blow drying it. Also, I was completely disoriented and confused when i finally stood up again.

What i am saying is, 1. Yoga is not for me 2. I probably will not be returning (sorry, lower back bone), and 3. I rather remain upright, thanks.

*probably only applies for me because everyone else looked zen and calm and what not.
**Also, its true what they say about yoga returning your spine to its natural state of being.

If your spines’s natural state of being is a JIGSAW PUZZLE.