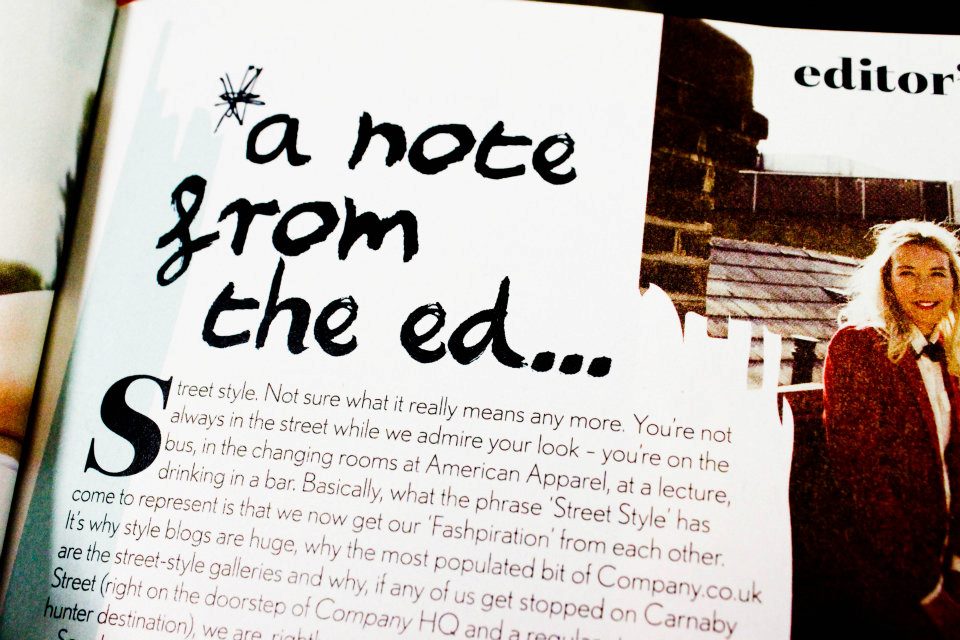 Yeah I’m reading magazines instead of books now. Just because i can.

Apologies for the short absence from le blog, the notion that life would consist a lot more of ‘time’ and less of ‘cramming’ after the finals is a mistake that i make every semester. In any case, i broke a nail while moving out of my hall room last night and breaking nails seriously ranks right up there on the list of most annoying things alongside stubbing your toe. I kid you not. Everything that involves using your hands hurts now. Stupid nail.

Anyway, really long post today detailing famous ramen and salads after the jump. Its seriously starting to look like all we ever do is eat.. 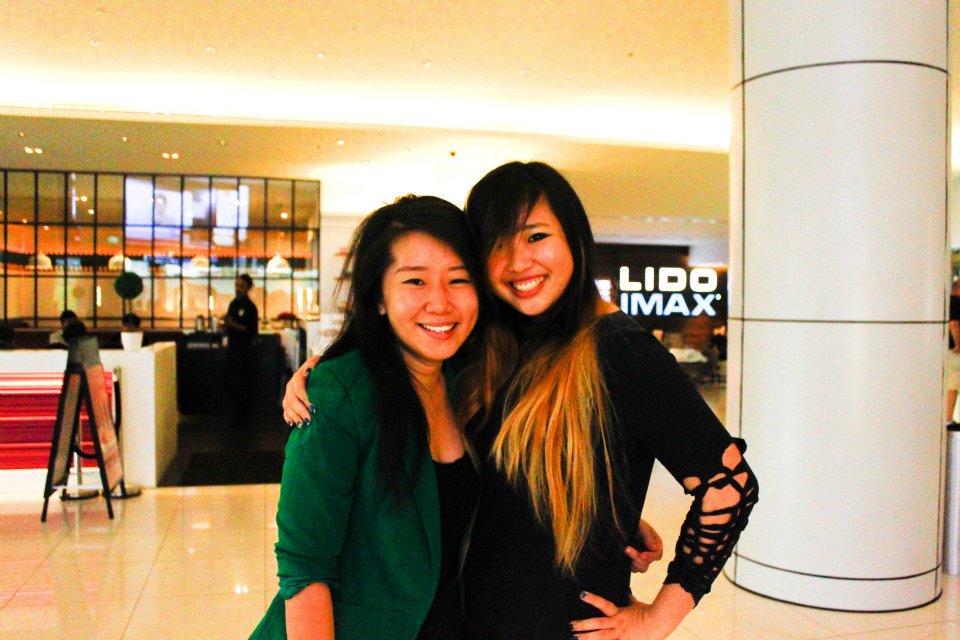 The evening my finals ended consisted me walking out of my voice theory exam one hour early going THIS WILL TEACH YOU TO THINK THAT 12 YEARS OF CHORAL EXPERIENCE NEGATES ANY NEED TO STUDY FOR IT and heading down to Vivocity to meet XQ for dinner and crepes. I’ve almost forgotten that there’s a Marche up there, but there is, and it has crepes, and we all know what that means.

The next (conscious) afternoon I met Cindy in town to catch Avengers in 3D. We picked 3D because 1. it was supposed to be the epic battle of the century and 2. all the normal ones were sold out till like 9pm or something.

I am not kidding when i say i’ve been waiting for this movie forever. Ever since secondary 3 when Jenna told me in Cineleisure Vans that they were planning for an epic superhero movie, we’ve all just been pretty much counting down to 2012 for non-armageddic (yes i just made up my own word deal with it) reasons.

Well it was an epic movie (as you probably already know because it seems like the entire world has caught it before me) but please don’t catch it in 3D. You’d think they’d be a little more considerate and chuck a little more stuff at the screen so it looks like things are actually flying at us, but no. I was all excited about this 3D shit along the lines of I AM GOING TO HI 5 ROBERT DOWNY JR Y’ALL but noooo the characters onscreen really couldnt be bothered to reach out to us at all. Ha Ha my sense of humor is obviously rapidly degenerating after finishing my last literature paper. Moving on. 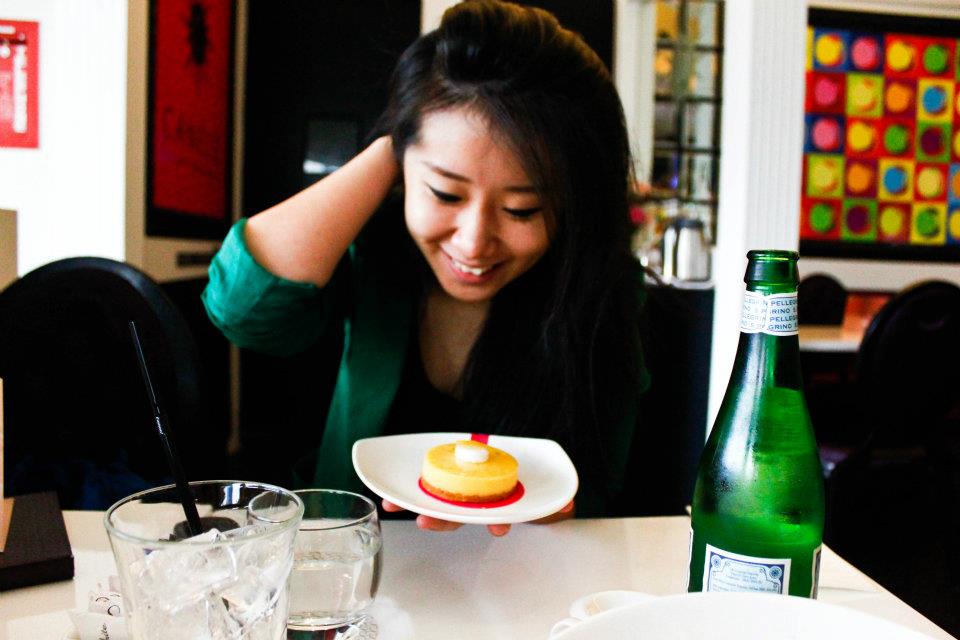 We had lunch at Canele, Lido Theaters, before the movie. May i just take a moment to emphasize how much i love Lido. All my iconic movies were watched here, and my favorite movie premieres were attended here too. Lido and I, we go way back, is what i am saying.

Cindy had this really a m a z i n g dessert: the Citron Tart, with a Sable base and Lemon flavored marshmallow topping. Information courtesy of Cindy who remembers everything about good food she eats. This is something you might want to keep in mind when applying for any position of friendship/relationship with her. Just a hint. 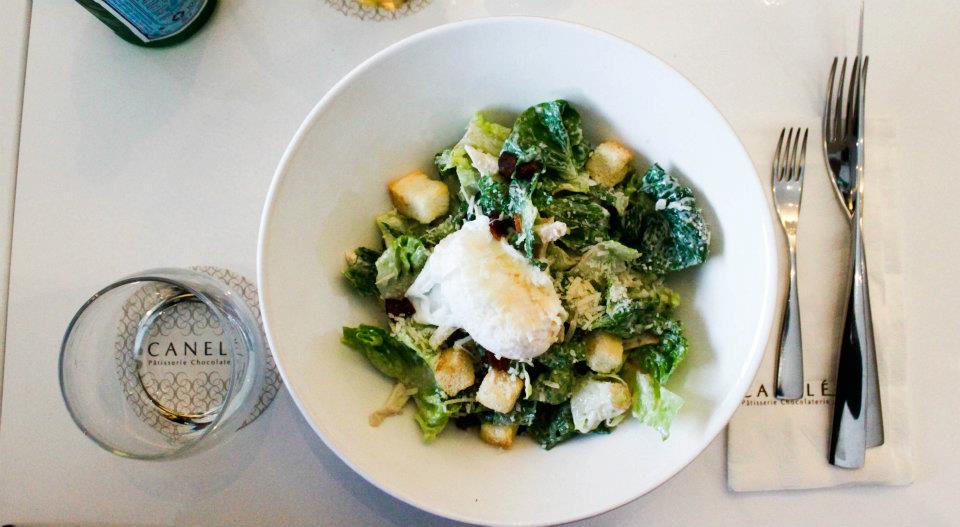 I was debating between this and the smoked salmon sandwich but ever since my past two bad salmon experiences I’ve been a little wary of places serving smoked salmon ie. cbtl it is EVIDENT that noone in coffeebean has actually tasted salmon before. In any case this was the signature chicken caesar salad which was LOVELY. 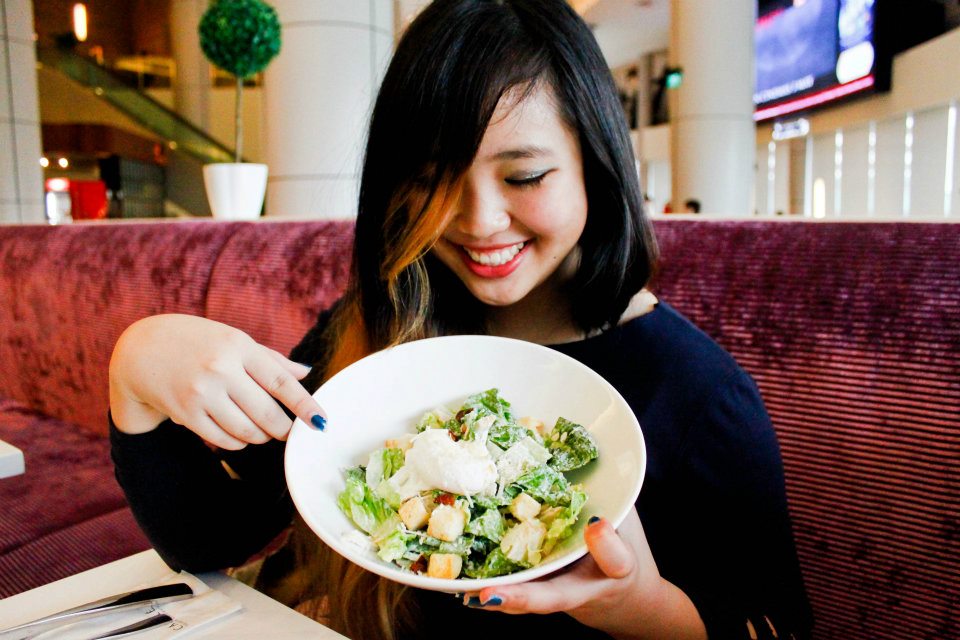 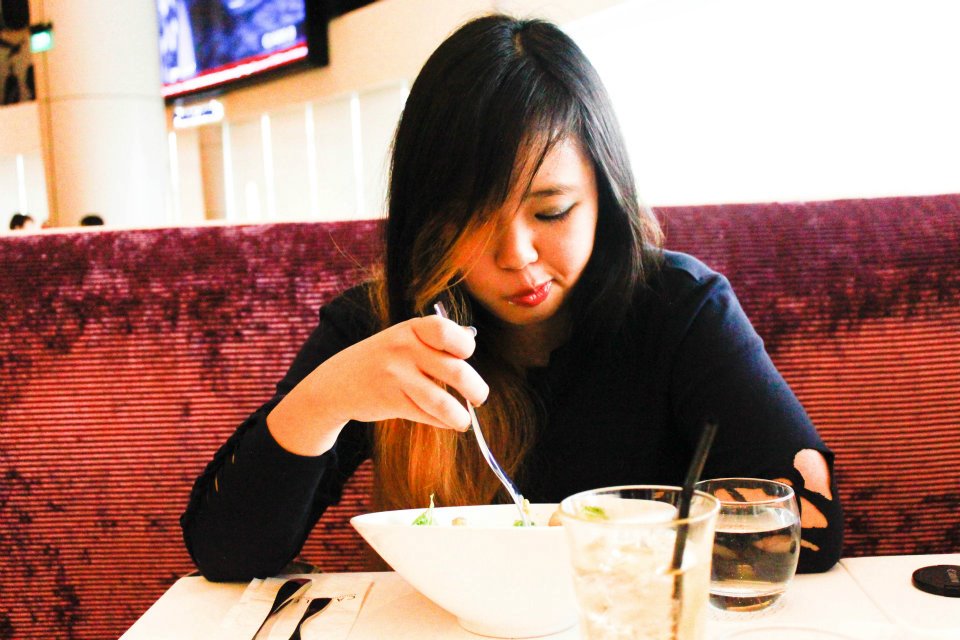 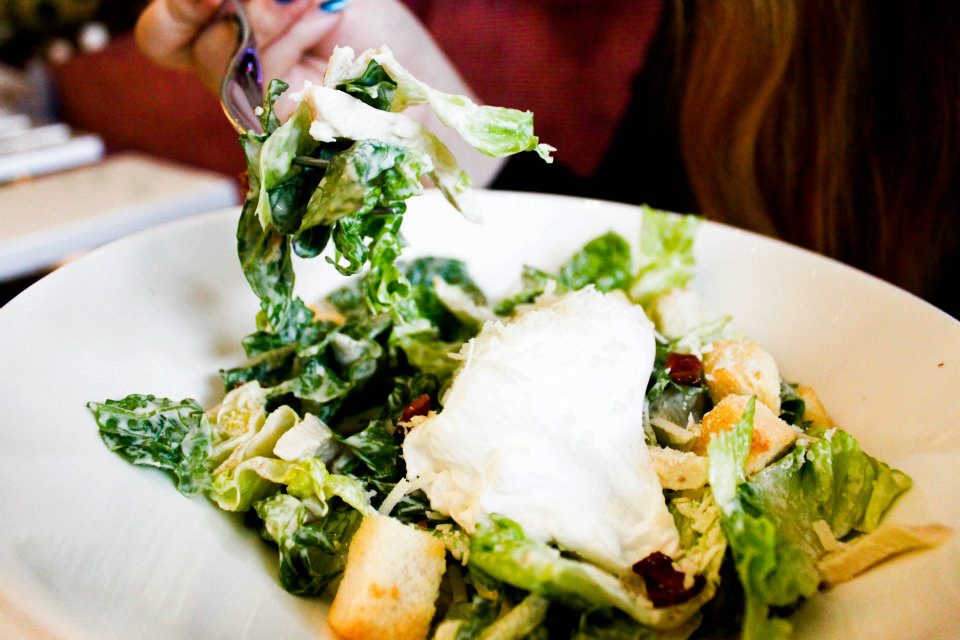 Cindy hated this but then again her reason was ew its green so i don’t think that counts. 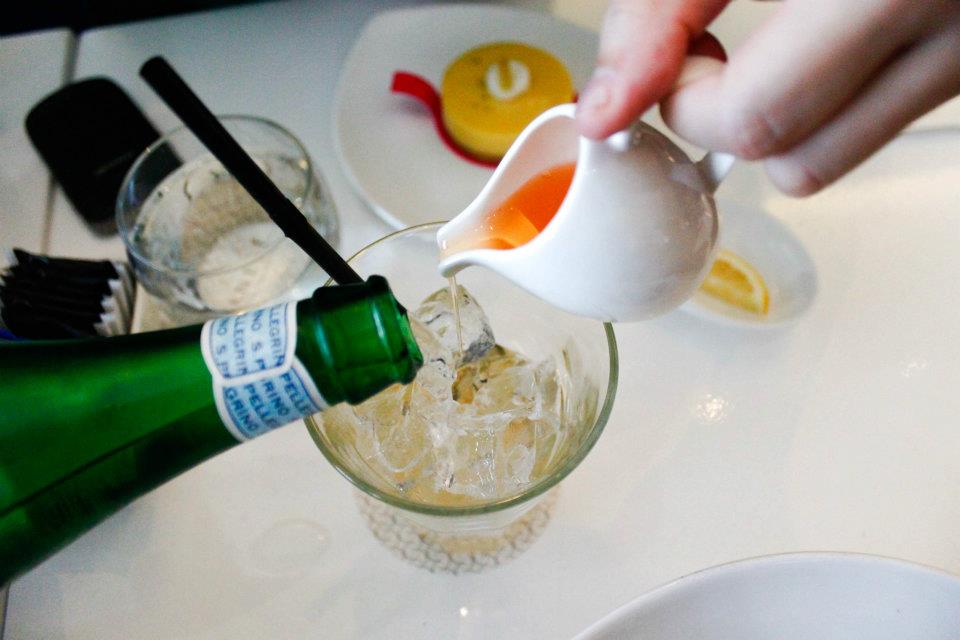 If you want to be an experimental weirdo like Cindy you can try ordering pellegrino (sparkling water) and syrup and mixing it in yourself. According to her it turned out strange though, but then again she doesn’t eat anything green. You will hear me mention this several times because i cannot comprehend how one can live life without letting any veggies pass through your lips. 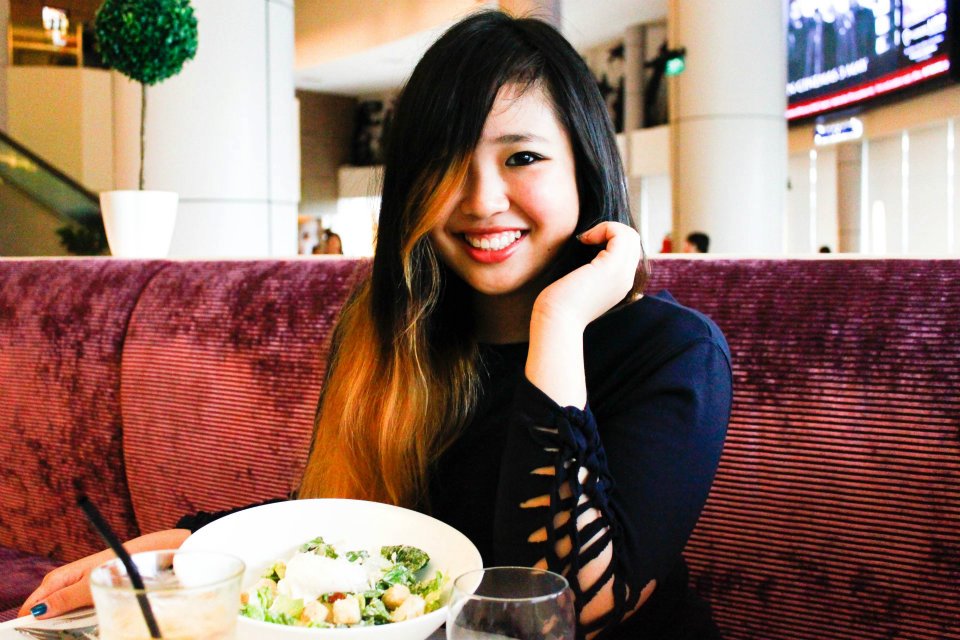 BY THE WAY. This shirt was designed and made by my extremely talented friend sexylexy who not only does epic dance dares, but who turns out is also extremely handy with a scissors. This was originally a navy turtleneck shirt my parents bought me from the US, but i never wore it much because, you know. Wearing a turtleneck is like being stranger by a really weak guy the whole day. (Mitch Hedburg)

So i handed it over to lexy and snip snip i got a scoop necked top with some epic idk what to call it but basically it looks like spiderweb cutouts along the sleeves! 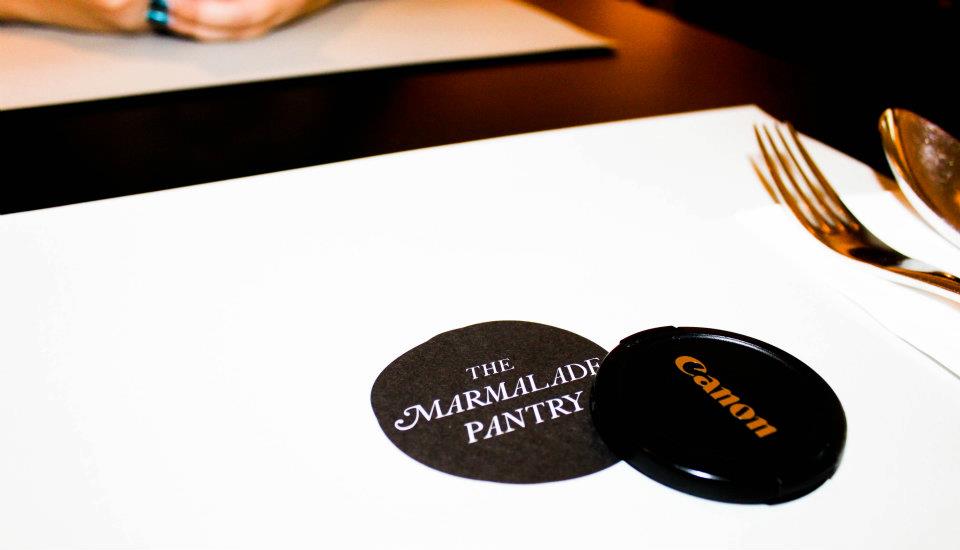 Anyway after the movie and a bout of directionless meandering around shopping malls (just to prove we can) (goodbye finals!), we went for dinner at the Marmalade Pantry.

Completely out of stock for the Red Velvet as usual, so we got their cupcake of the month to share, which was basically.. something like apple crumble, but in a cupcake form. Stamp of approval from us both. 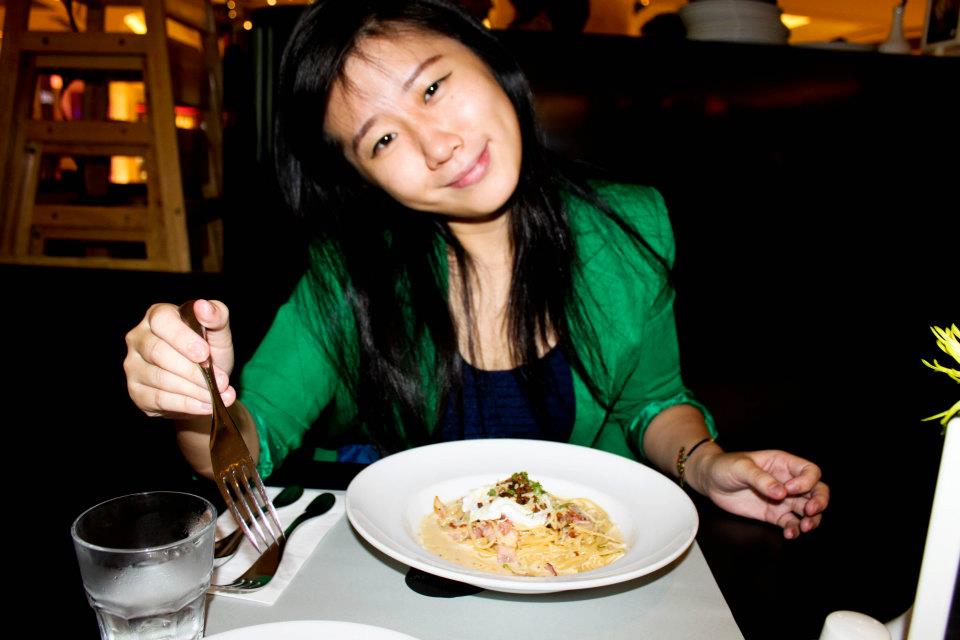 Cindy got bacon carbonara which was highly satisfying and i decided to be a little annoying and get the Caesar chicken salad from M.Pantry because according to Cindy it was supposed to be really good. 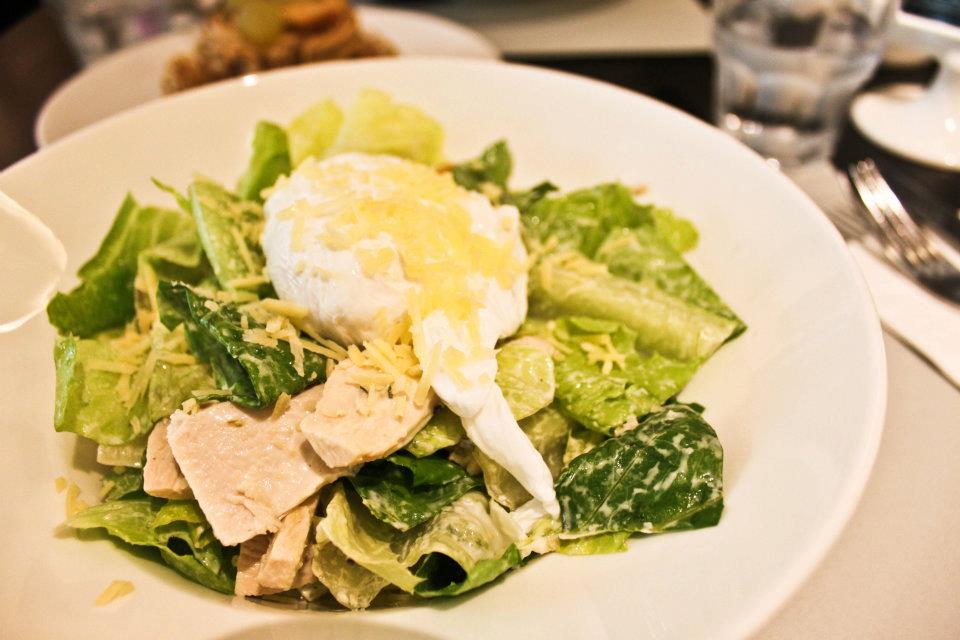 Unfortunately it was not.

I dont know how to describe it. Its not like the salad was bad or anything, it just didnt make much of an impression. Somewhat along the lines of relatively adequate which really got me a little miffed given how it cost a good ten dollars more than the comparatively more satisfying one at Canele. (They cost 22$ and 12$ respectively)

i figured we were paying for rental space because, you know. Check it out it shares similar retail space to that of Furla in the background of our photo.

Today i basically rolled out of bed for the second time at 4pm – but before the floodgates of judgement let loose, let me first clarify that i spent 5 hours packing up all my stuff in my hall room, from 1-6am, and then moved everything home with the help of my dad at 10am. It was a horrific experience. And i broke a nail. 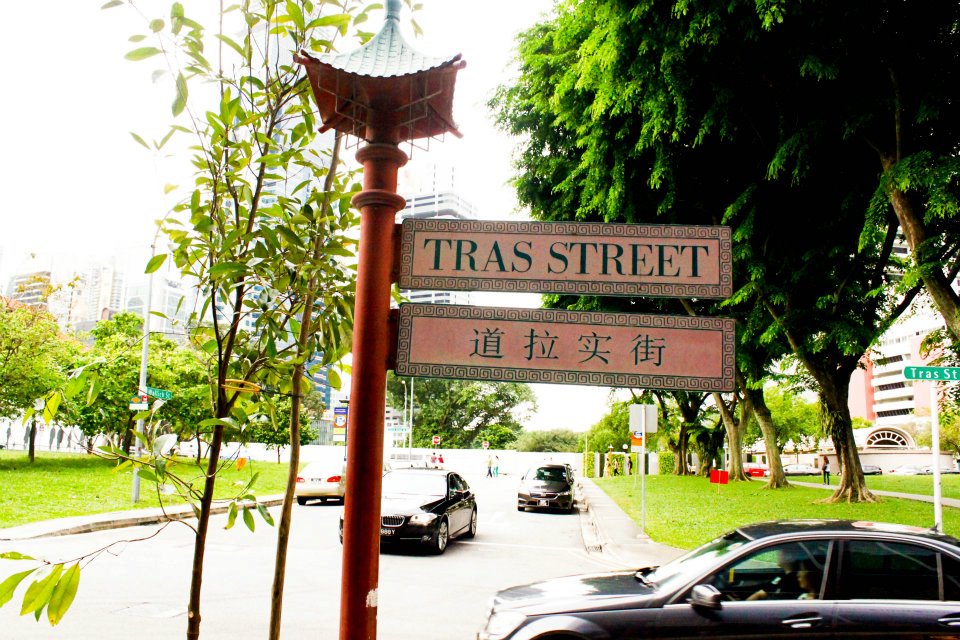 Anyway the point was that the lit kids were supposed to meet for this supposedly very famous ramen featured in the Sunday Times Life! section last week. You get there via Exit A from Tanjong Pagar MRT, its right along Orchid hotel. (Note: Orchid, not Orchard, so don’t go to town.) 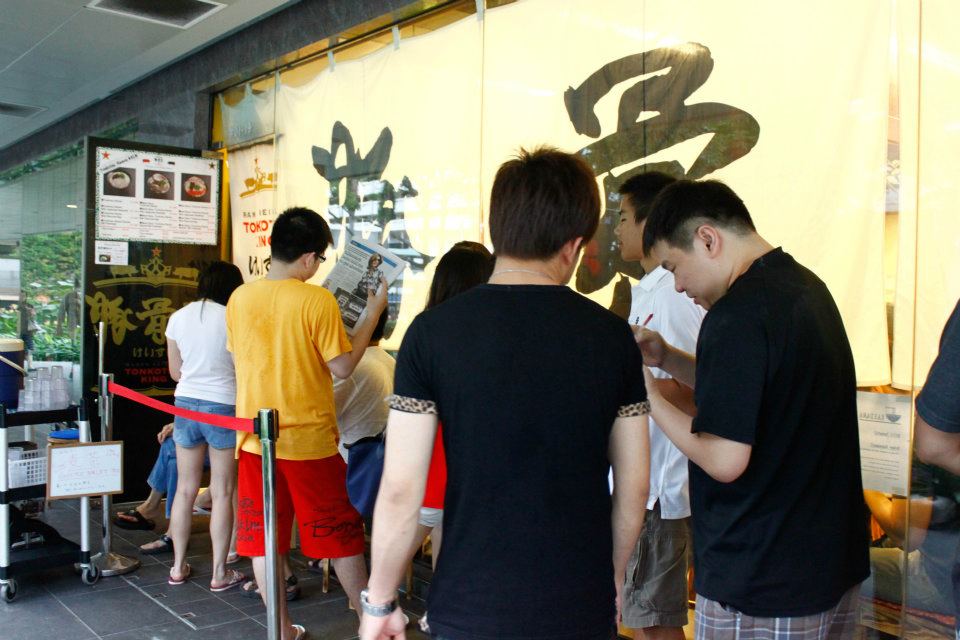 The queue was insane we queued for a good 1.5hrs. I did the obvious thing that anyone would do in this situation and started creepily people watching everyone around me.

Check out this family i got so worried i surreptitiously snapped a photo using my phone camera. I know this isn’t a very good habit and I’m trying to stop ok but still. 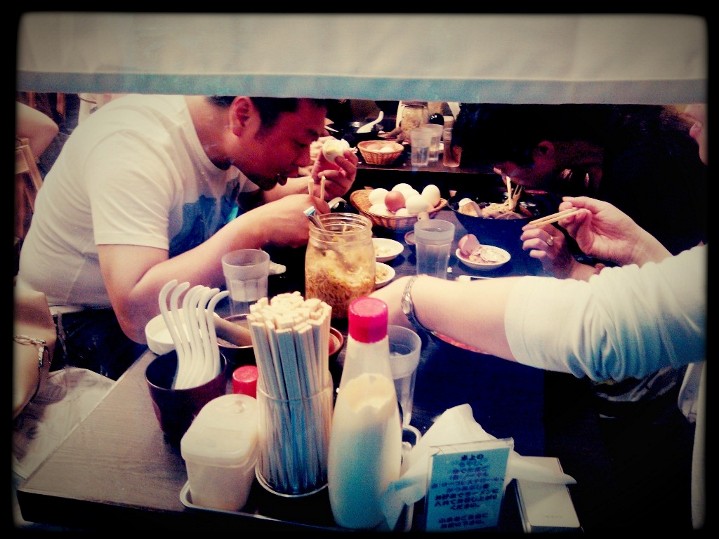 LOOK AT HOW MANY EGGS THEY HAVE IN THEIR BASKET ITS INSANE. How does one eat so many eggs?!?! I could bring my own bread in and start having an egg mayo sandwich party!

Oh yes as a side note this place has a free flow of hard boiled eggs to go with your ramen but i don’t think this justifies eating what looks like twelve eggs at a go i mean i like eggs but twelve is like.. i don’t know. What i am saying is i wouldn’t marry eggs. 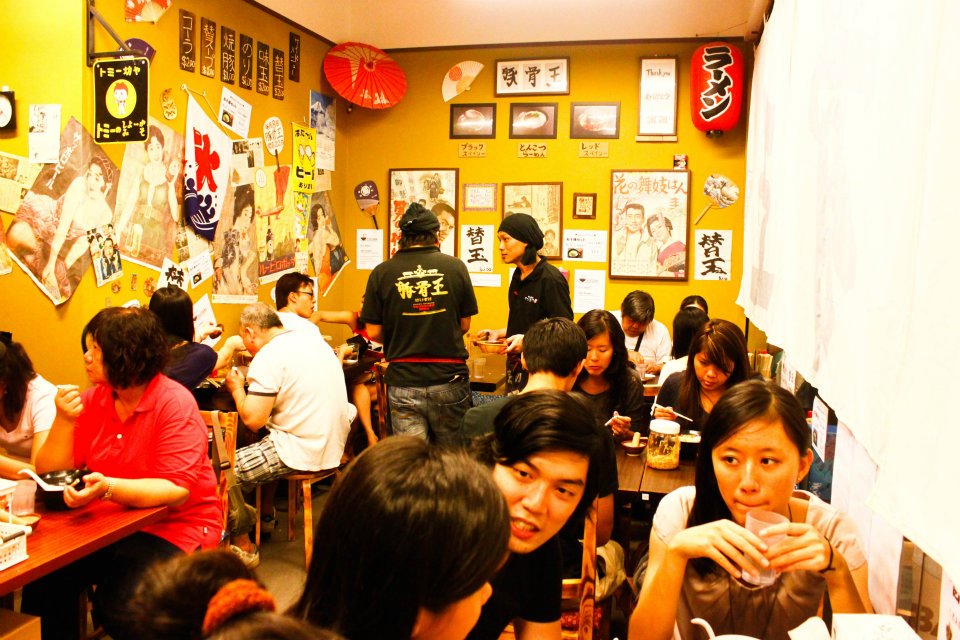 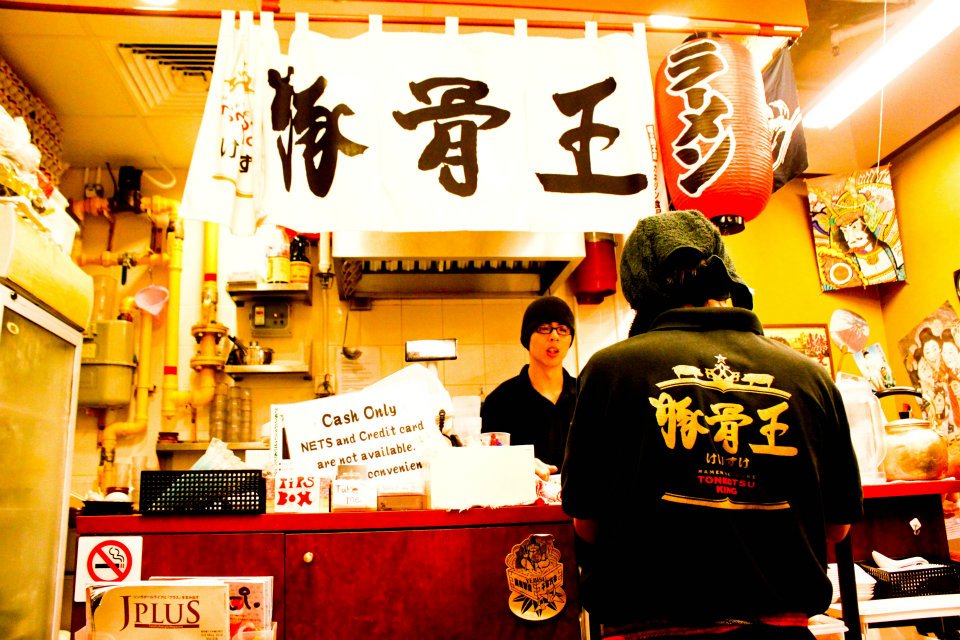 Anyway, the place was obviously packed and bustling. As a side note, they don’t let you enter till all your friends have arrived, so theres not much point coming to queue super early for your party of like four or five friends because as long as one hasn’t arrived you’re not crossing that threshold with the banner proclaiming tonkotsu KING. 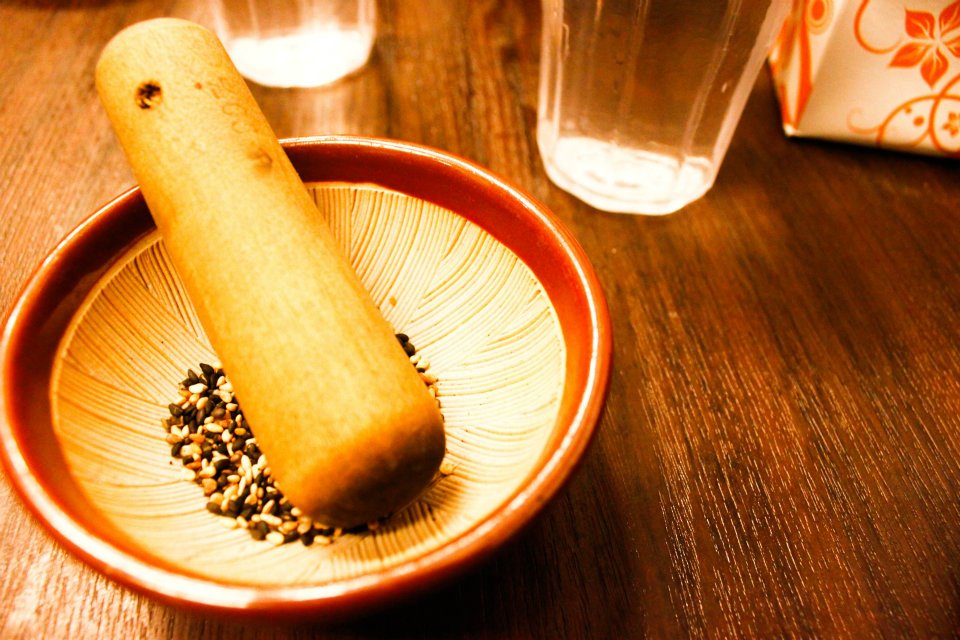 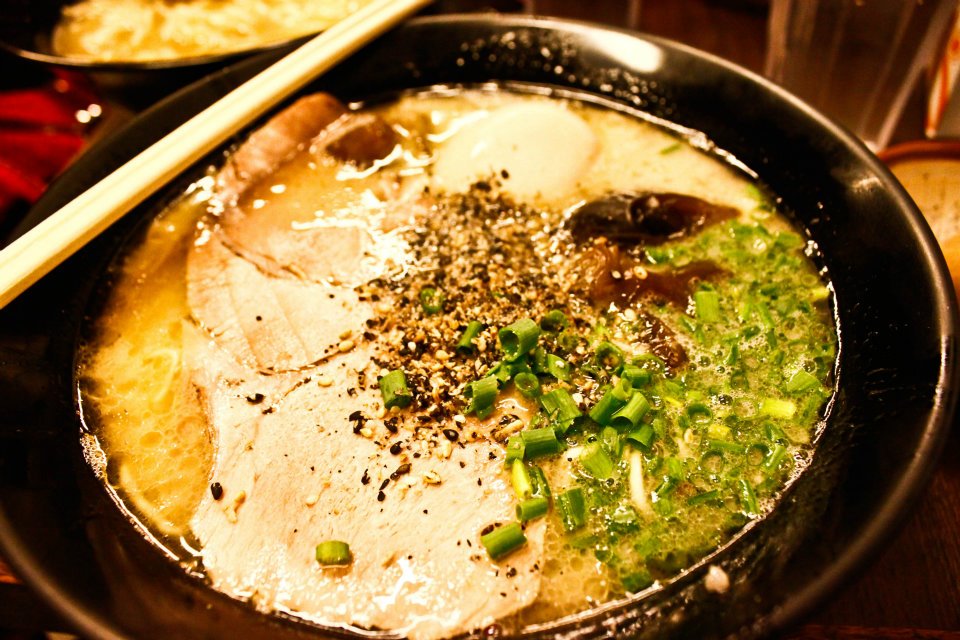 You are not going to be able to finish a bowl on your own because it is really filling, so be sure to bring along at least one guy.

Here’s a specimen for reference: 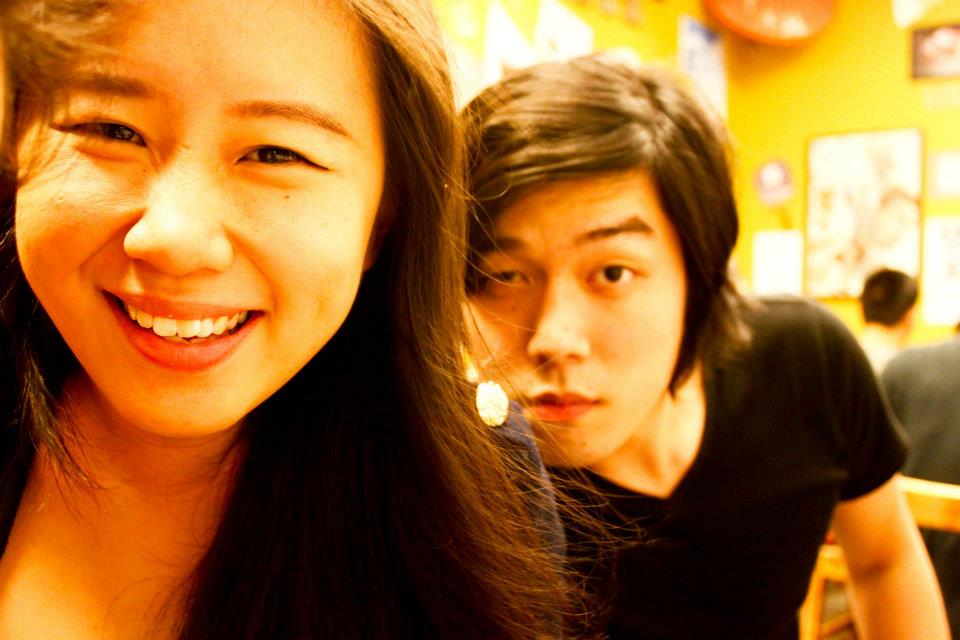 Its ok if he’s a little creepy because at least you don’t waste any food. Cue talk on poor starving kids overseas and gratefulness. 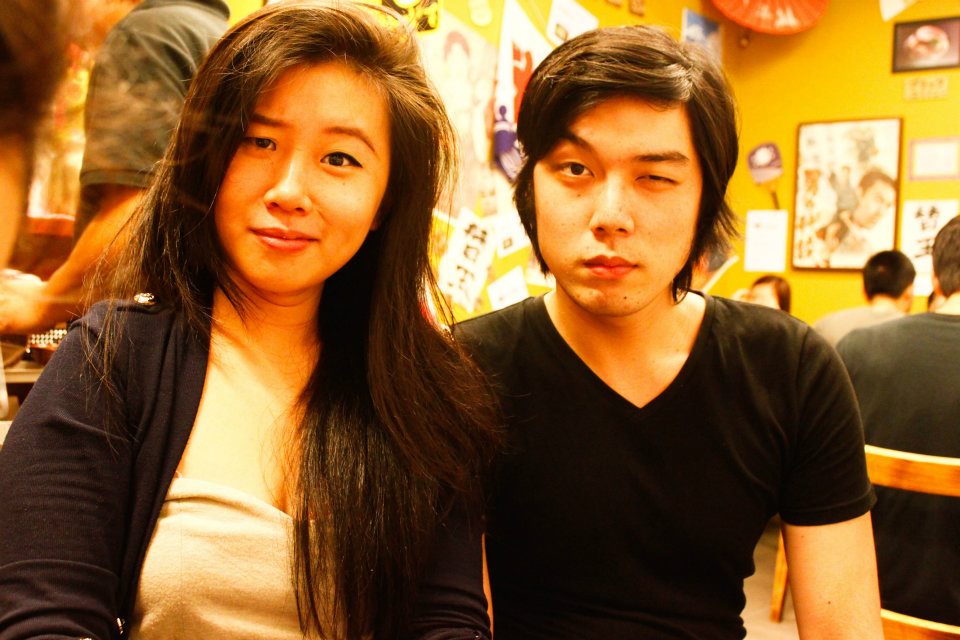 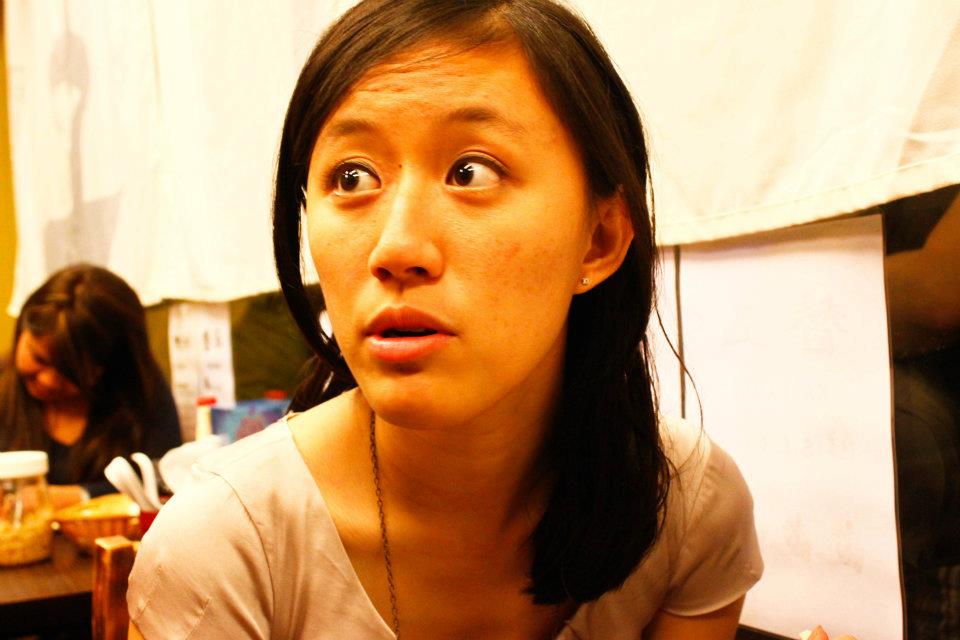 Ju’s reaction to the ramen i think, hahaha.

BY THE WAY.
The Ramen was delicious. I feel like I’ve wasted a large majority of my life eating ramen from Ajisen and the likes of various Japanese Food Town spin offs, but such are the pains of common folk. The ramen here uses some really good stock, and the japanese egg is sufficiently soft and runny on the inside :’) 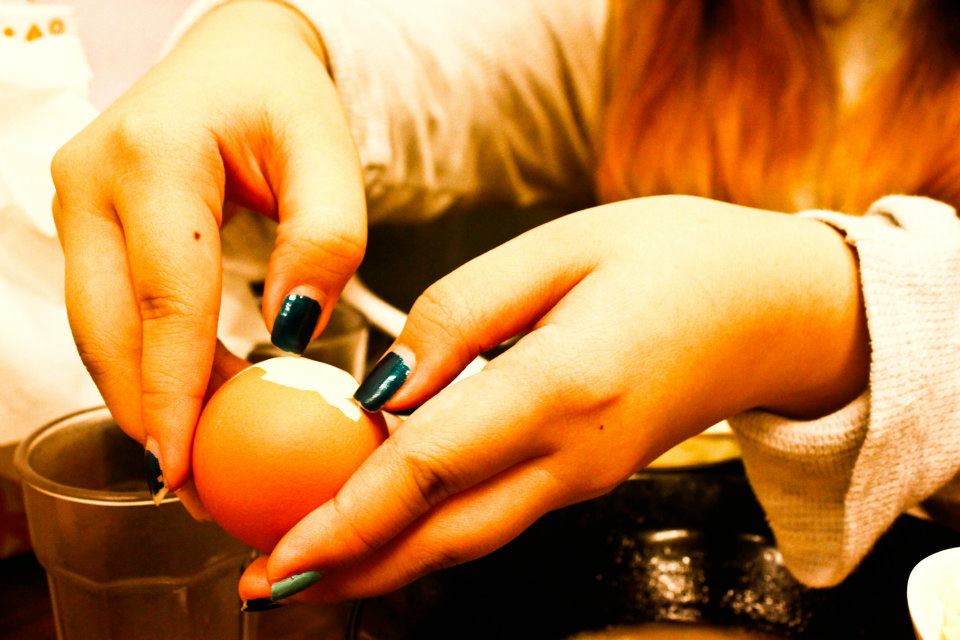 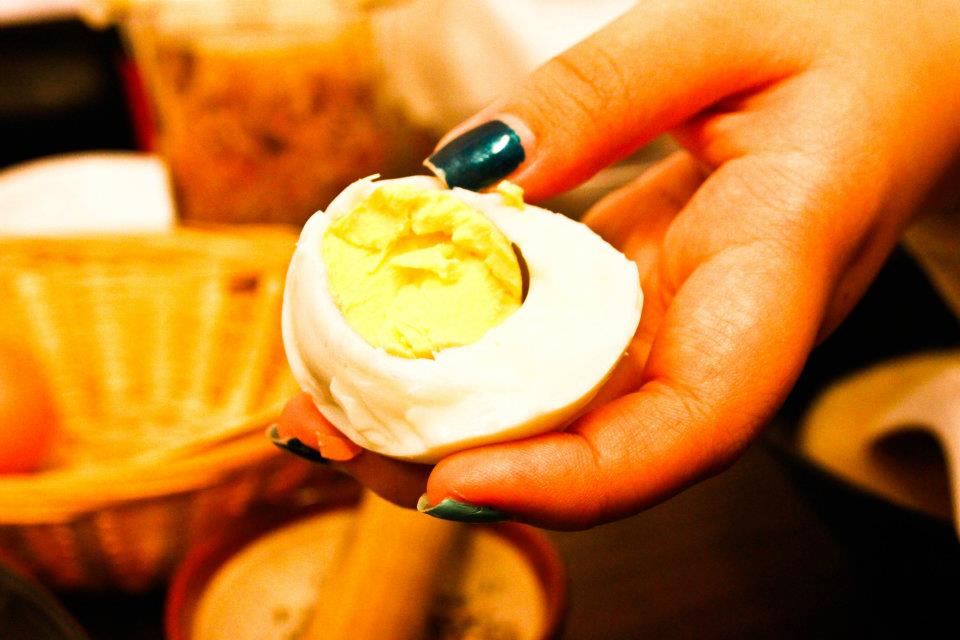 The free flow eggs are hard boiled and not the japanese eggs, but everyone still really loves em, although i think this might be something to do with the fact that they’re.. free. 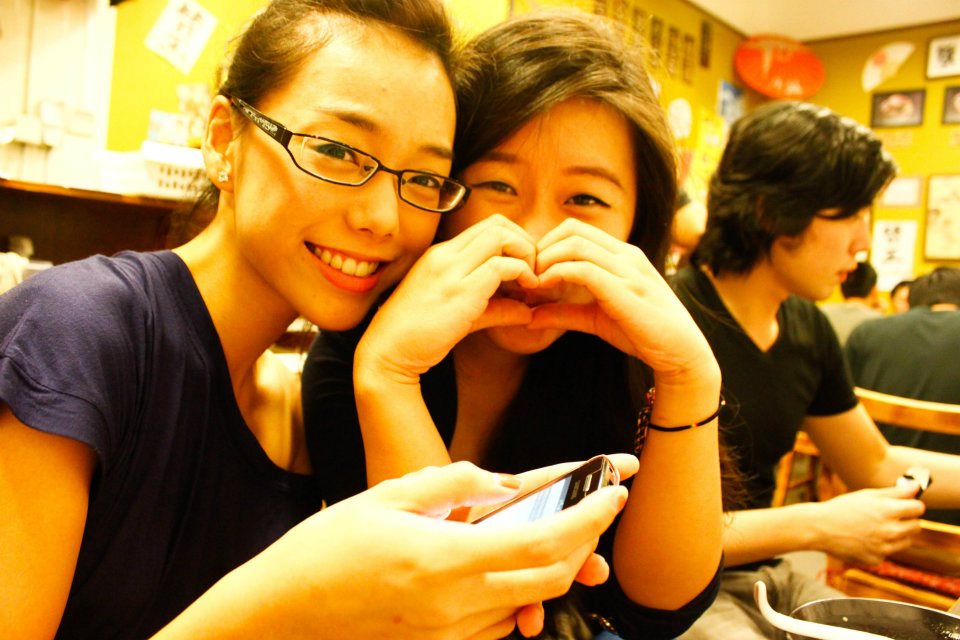 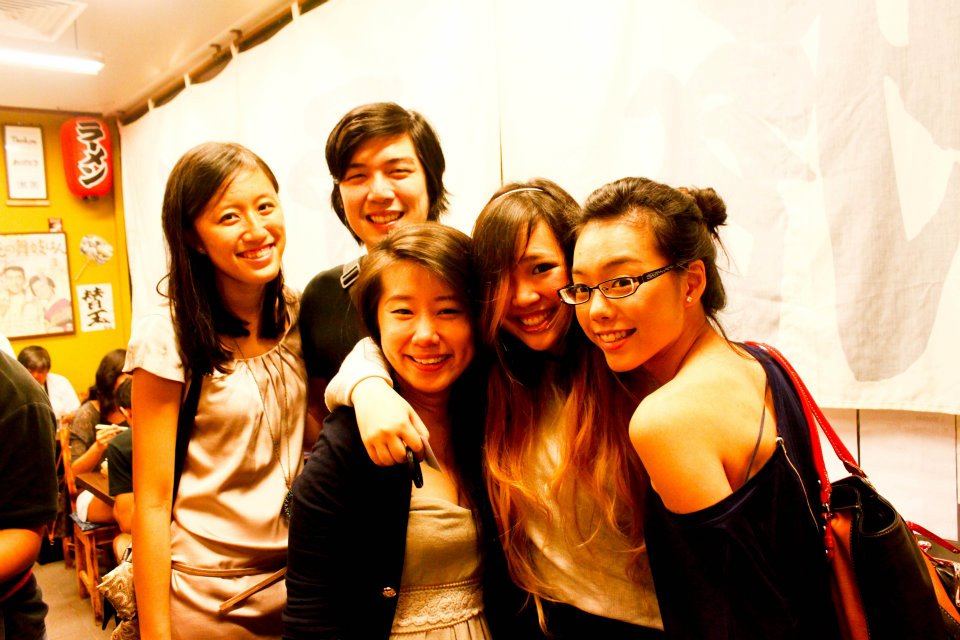 Afterwhich, Andrea Cindy and I headed to Rafflescity to buy books (me) and paper (them). 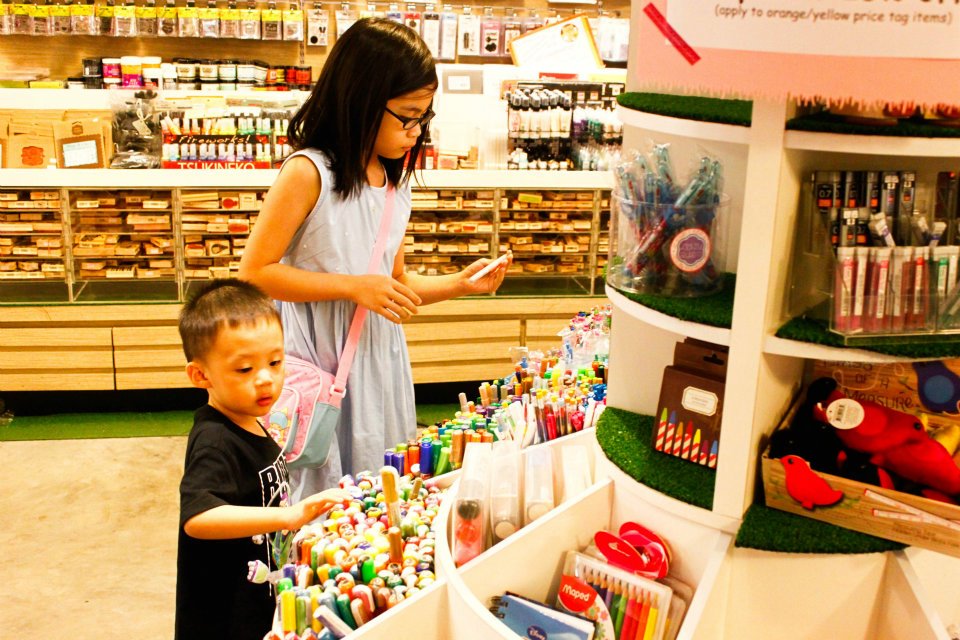 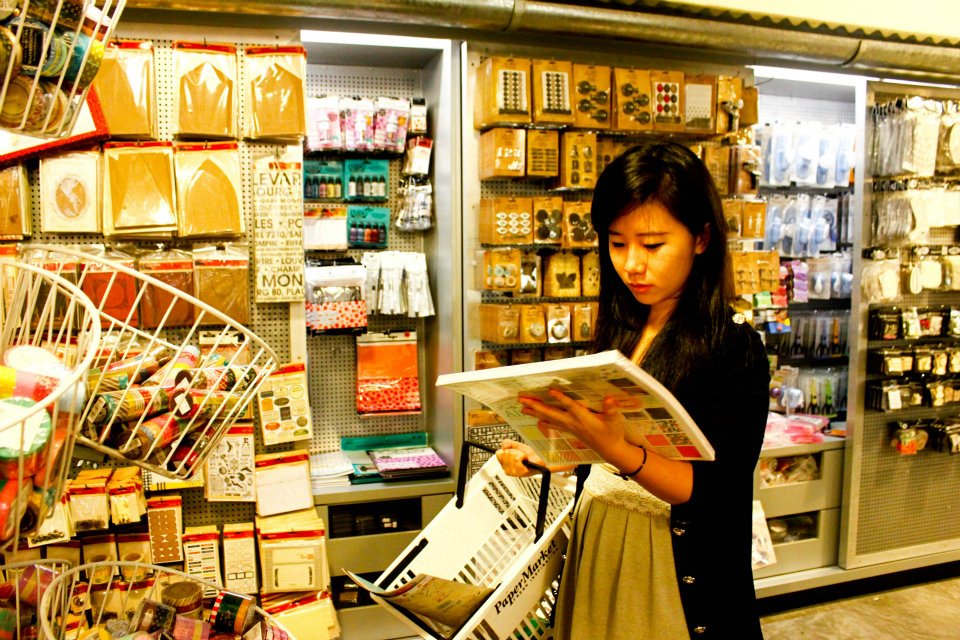 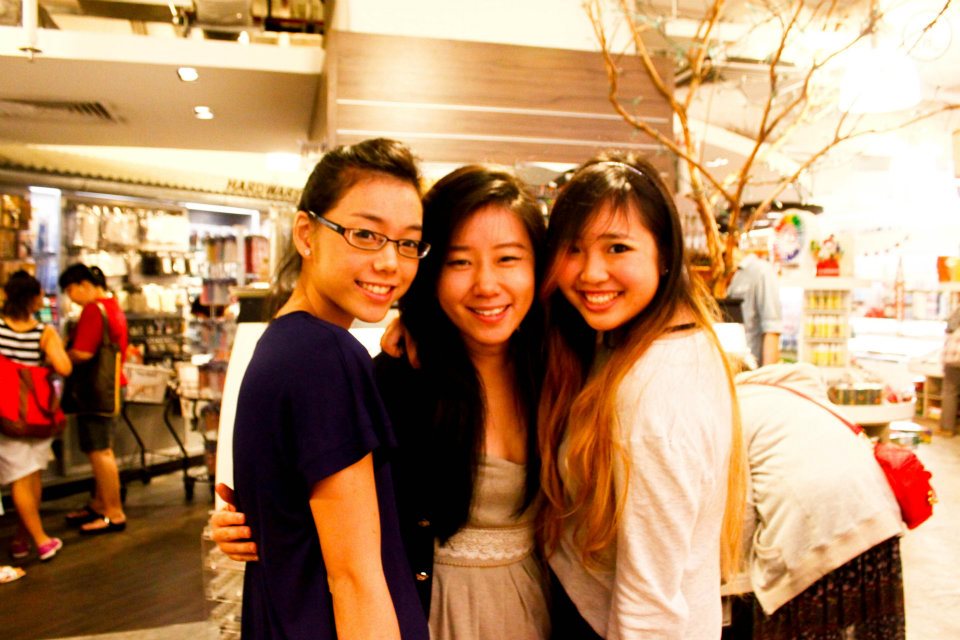 I got this month’s issue of Company, Oscar Wilde’s collection of plays, F. Scott Fitzgerald’s Tender is the Night and Nathaniel Hawthorne’s The Scarlett Letter. Relatively excited over the re-instatement of my freedom to read whatever i want to as and when i like, mmm-mm.

Right, this has been a sufficiently long and wordy post.. but not as wordy as I’m sure Fitzgerald is going to be. Speaking of which, i have a date.. with my novels and blanket + warm milo.

Goodnight and Goodweekend, y’all.
Hope you had a great start to your summer too.