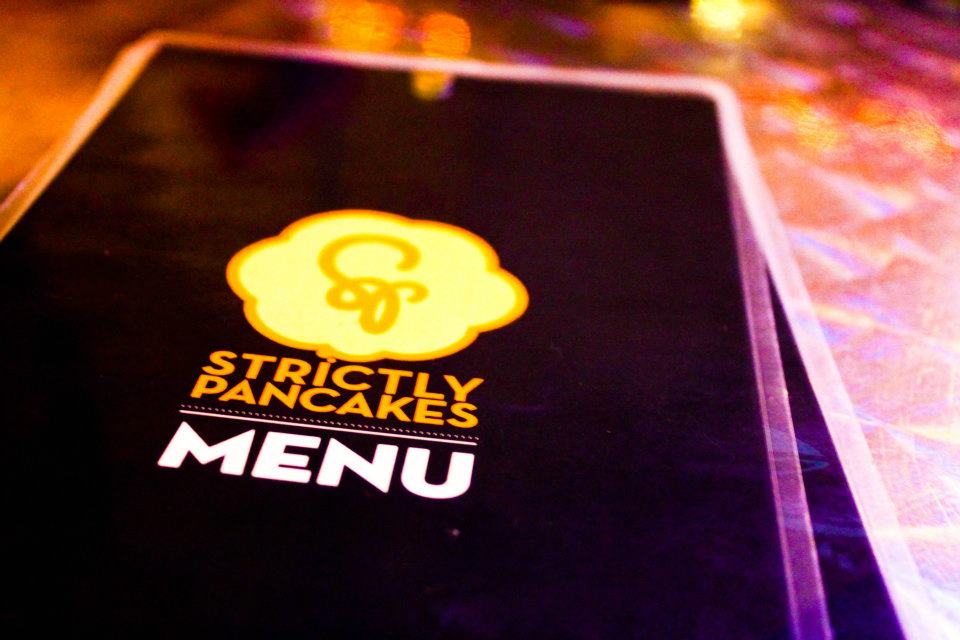 Hi guys today we will talk about pancakes (evidently, thats what the photo is for, there is some serious foreshadowing shit going on here) but before that,

You have no idea how good this feels. No more screeching down the corridors of ADM late at night. No more listening to minus ones on repeat. No more wincing in front of the microphone and cursing carpeted floors (they absorb sound). No more hiding in stairwells trying to hit high notes and inevitably scaring innocent passerby’s. IM DONE. If i never hear Memory from Cats again in my life it will be too soon. Don’t get me wrong, it is a beautiful song and i respect that, but on repeat every day for two weeks is a little too much.

IVE BEEN LISTENING TO THIS THE ENTIRE WEEK
this is in C major, but i did mine one and a half semitones higher in D major because i have an incredibly limited range tending towards the higher register. this also means every time i approach the last verse i need to sustain a double high f# which let me assure you, gives one a BITCH of a spinning headache. Of course, this headache might have been brought on by the fact that i slept at 2am post rehearsals and woke up at 6 for warm ups, but a headache by any other name hurts as bitchily.

you can’t imagine how depressing it is. its basically a song about being #foreveralone. There is literally a line that goes memory; all alone in the moonlight. There is another line that goes i remember the time i knew what happiness was. If that isn’t some emo teenage angst i don’t know what is.

Disclaimer: i have not watched Cats the musical, so in all likelihood it may not actually be a song about an emo feline who got dumped, but thats what it sounds like to me.

Anyway. After Voice today and one more class i headed down to meet my sister in town. She’s turning seventeen and she’s been whining about her pancake craving forever so i promised to buy her some flour and honey. 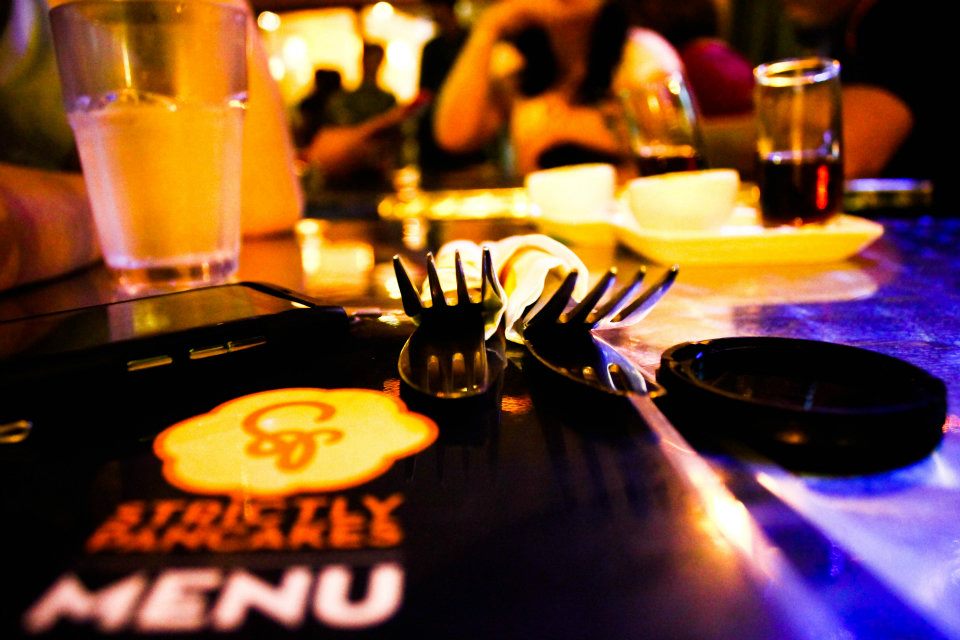 Strictly Pancakes is located down Prinsep Street, and the biggest mistake we made was not calling ahead for a reservation. We waited 45 minutes for a seat, in which i finished two books of Boethius’ The Consolation of Philosophy (another headache inducing one). Just for future reference: they don’t accept phone reservations on the day itself, so you’ll have to call a day before or something. 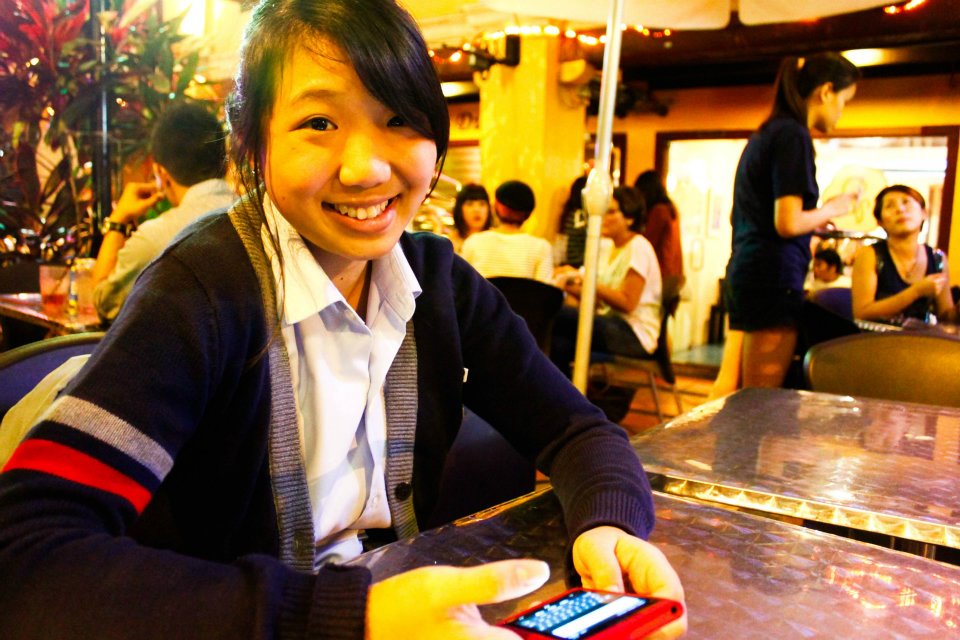 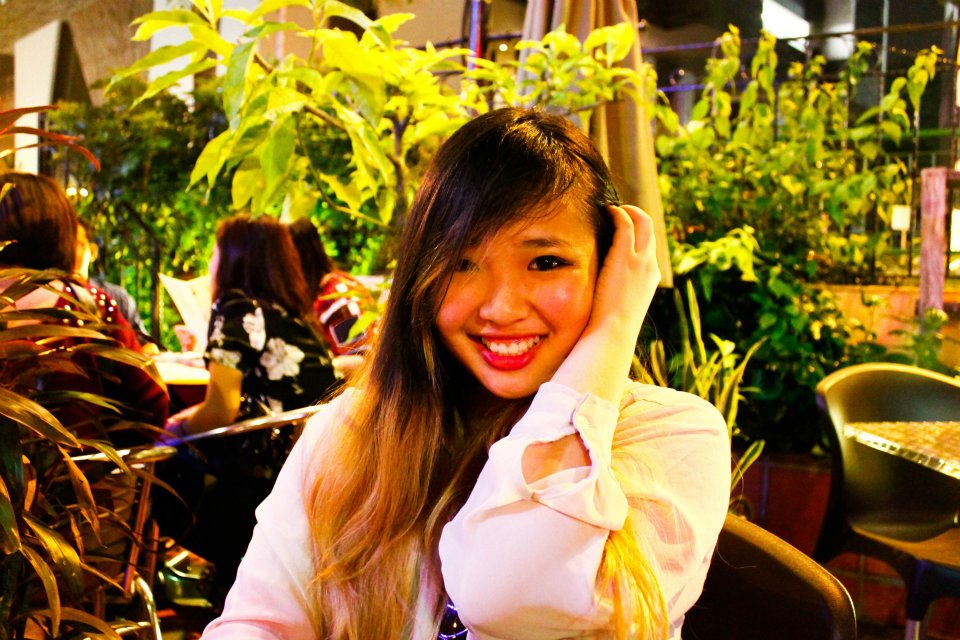 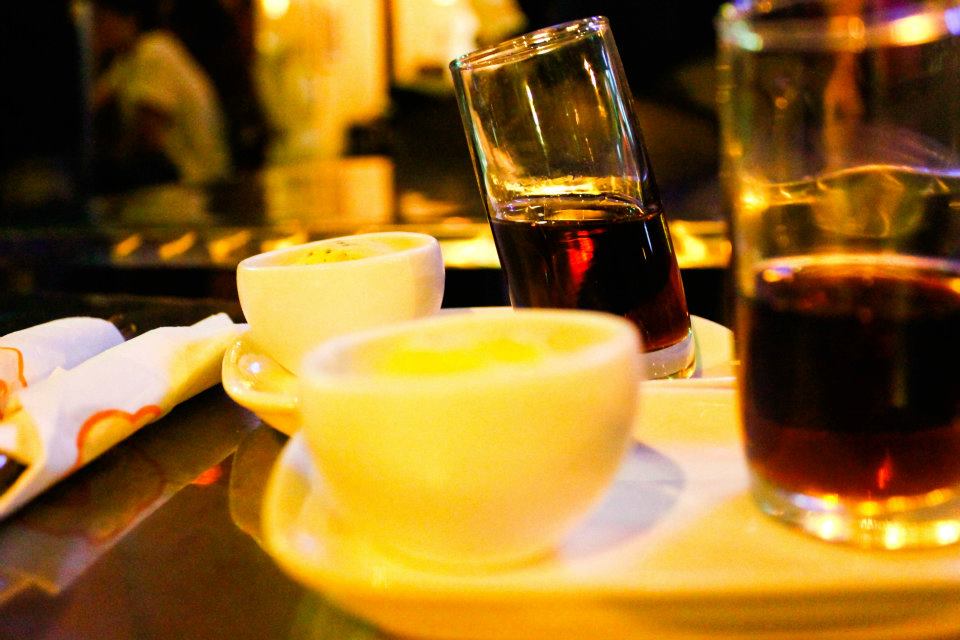 Maple syrup and specialty butter served on a dish. We got the garlic and herb, of which we had a taste and left alone for the rest of the meal. The maple syrup on the other hand was delish. 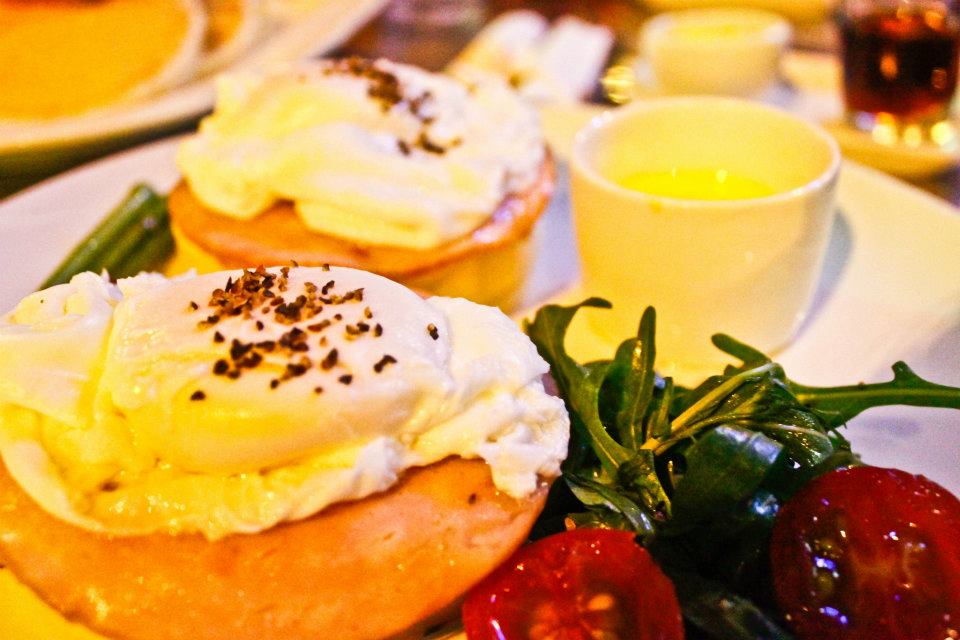 Poached egg (love) on turkey ham, with thick pancakes and a side of rocket salad and asparagus.

Loved the egg and rocket salad, but the thick pancakes were a little too much flour at one go for my liking. Also i requested my pancakes sans asparagus but i don’t think they registered it. 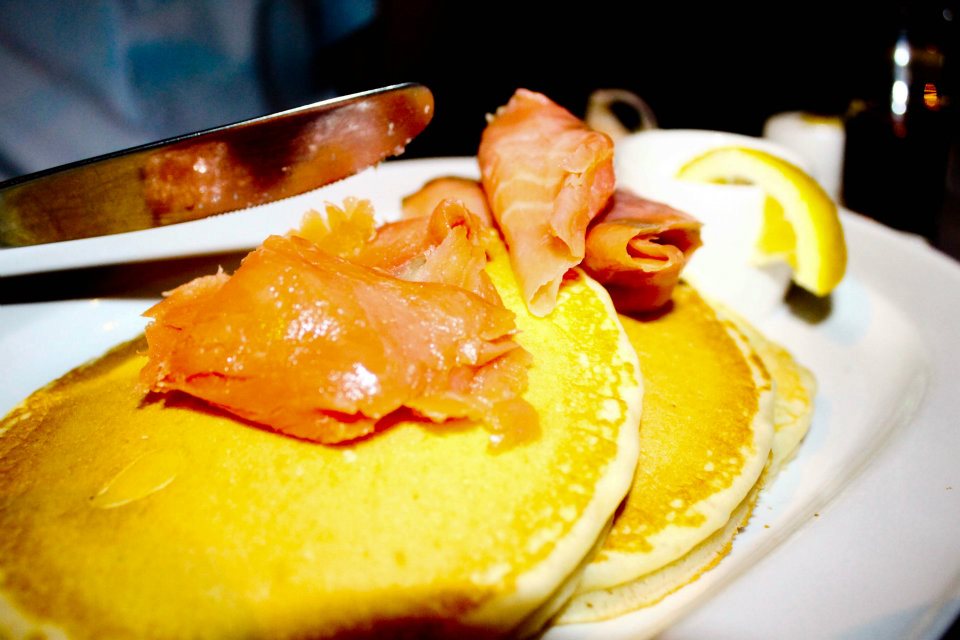 LOVE. SMOKED. SALMON. this one was so good. once again i think i could have done without the flour.. there must have been a reason why i went for the macs big breakfast over hotcakes all those years back as a kid, but pancakes really do give you the perfect reason to soak up the maple syrup they serve here, which is lovely.

Overall i thought Wild Honey made better pancakes (the canadian set) but it’s also accordingly exorbitant, i think i paid 18$ for very good pancakes i couldnt finish anyway, i don’t remember exactly. The savory pancakes at SP cost a maximum of $14, while the sweet ones were about 10-11 dollars.

In other news i spent my thursday in the best way possible, literally waking up to a solid five hour intercontinental Skype video call with G from new york 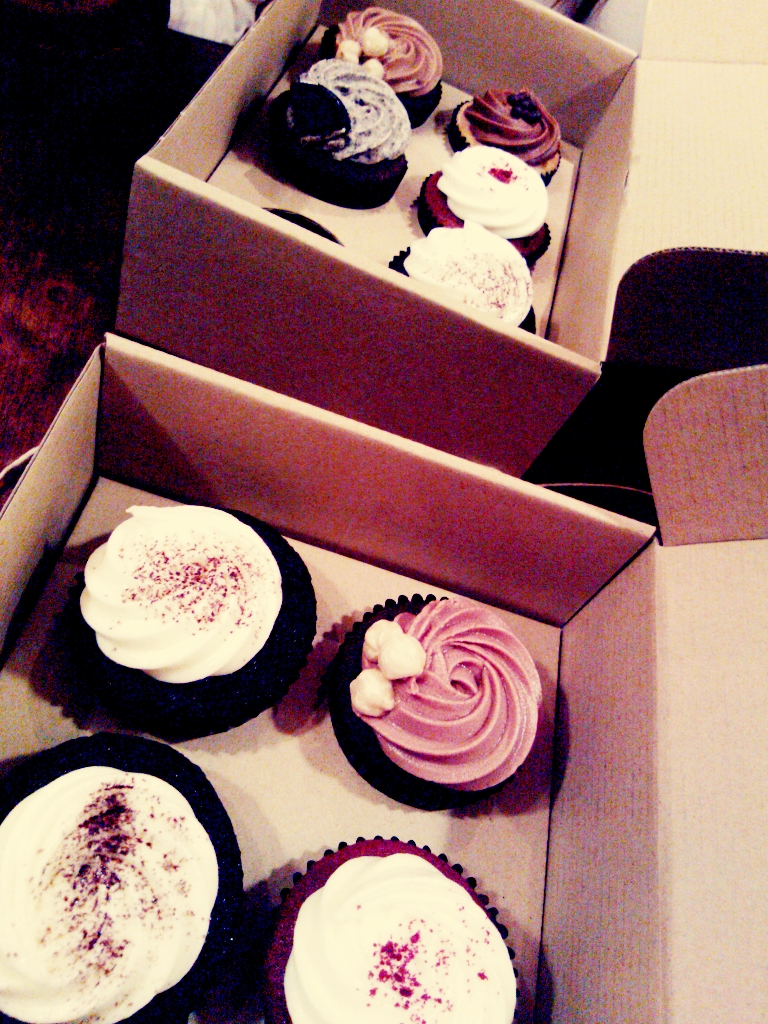 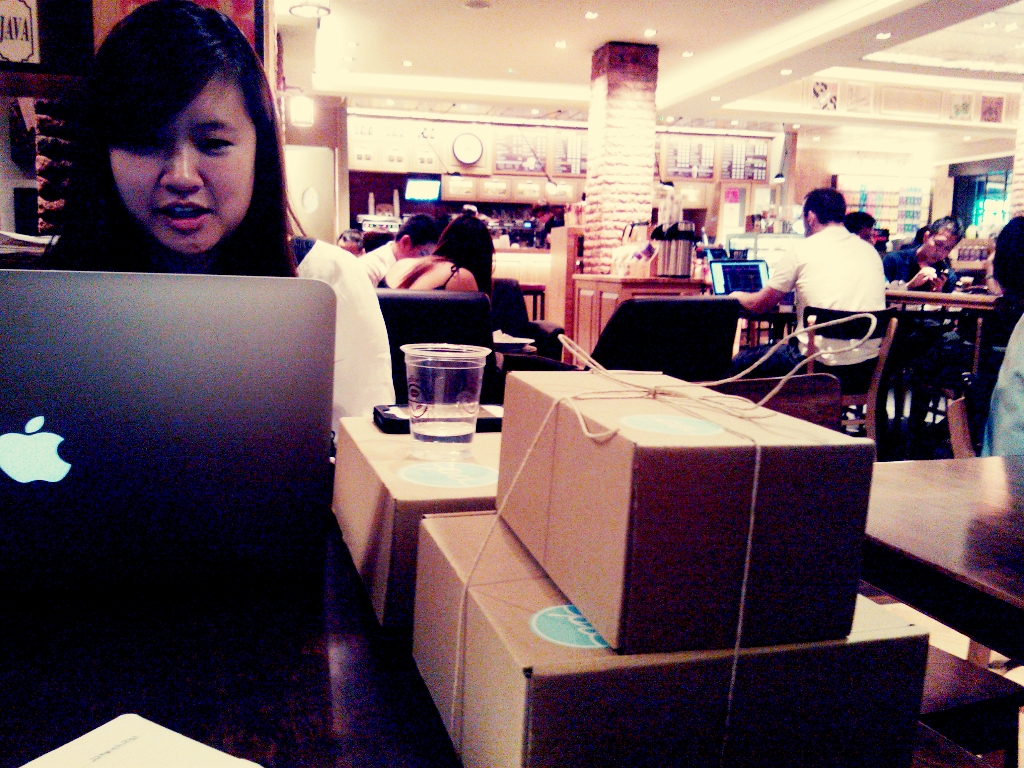 Also, new favorite hang out for reading and doing my work- holland V’s coffee bean. Prettiest interior ever, free stable wifi, clean toilets.. the only thing is its a little difficult to get a powerpoint.

and back to school again for a pretty good round of rehearsals (singing for natchmusik this wednesday, victor and i will be covering pumped up kicks, yellow, animal, and the edge of glory)

as well as consecutive Skype video calls with M from Busan, South Korea, and XQ.

What did i say about being eternally indebted to Niklas Zennström and Janus Friis?