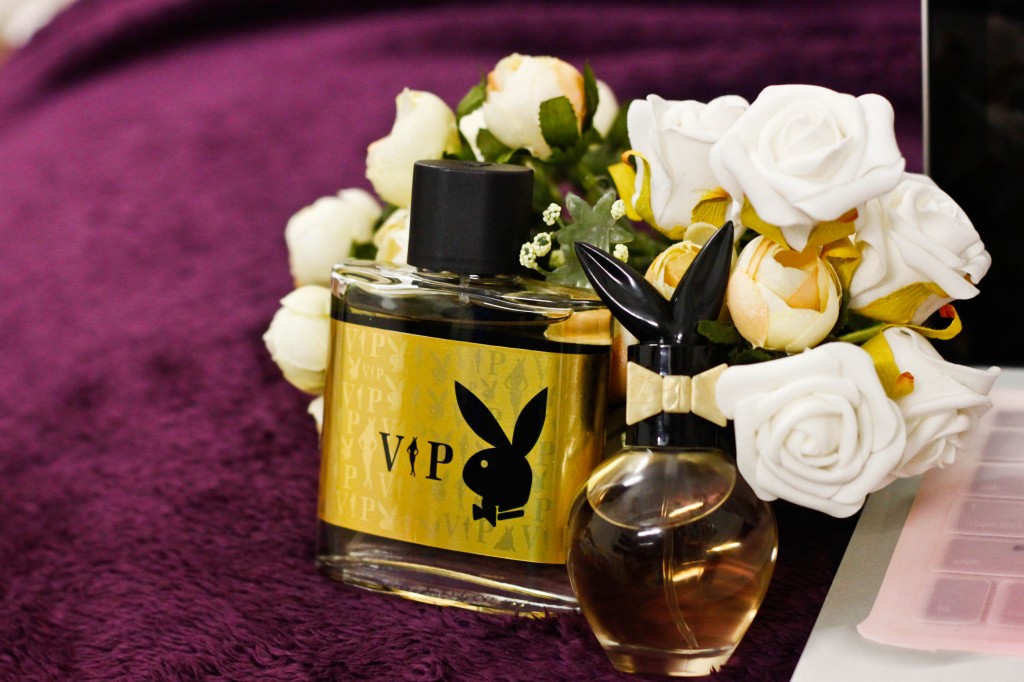 I’m back with another giveaway this evening you guys. I hope you guys like to smell nice because I met a couple of bunnies sometime in December at the Playboy VIP White party & launch of their new Fragrances line, and they’ve recently sent me their latest VIP For Him/ For Her line right with Valentines around the corner. Yum.

You guys already know from my previous post that I’m not exactly the best gauge of smell– i basically sniff everything in sephora and point at things that don’t make me sneeze. I’ve been wearing the For Her fragrance the whole of today and ladies and gentlemen I didn’t sneeze once. On a more serious note though, the For Her spray smells a little mature, a little glamorous when first applied, but mellows down to a sweeter note throughout the course of the day. Besides, it’s quite something to smell like a Bunny. 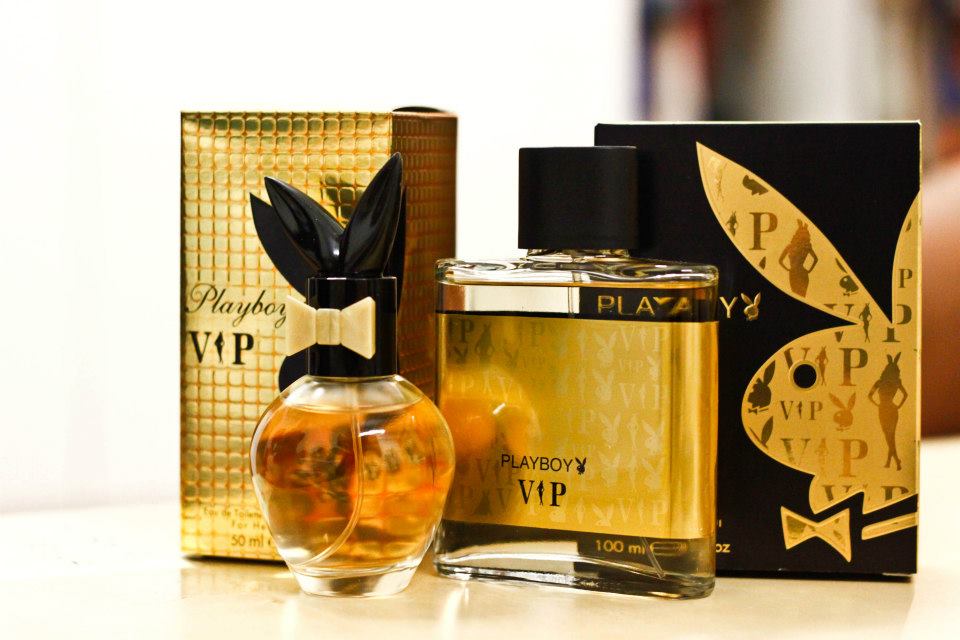 I don’t go around sniffing guys so I don’t know how this matches up to the other colognes. Point: this didn’t make me sneeze either.

Both bottles have gorgeous packaging which kind of makes me want to use them as ornaments more than actual perfumes, but this is of course what Playboy is known for. Being gorgeous. They’re the official fragrances sponsor of the currently on air Asia’s Next Top Model, and my sisters forced me to sit down and watch the latest episode just last weekend: a challenge involving the models trying to craft their own advertisement for Playboy VIP.

You can also watch the rest of the episode x the behind the scenes and filming of the advertisement here. I don’t know why they called the Fragrances For Him/ For Her- they should have dubbed it Charisma.

Anyway, I grabbed a couple of my girlfriends for an impromptu editorial shoot last night emulating what the playboy scent makes you, and after a lot of hilarity and suppressed giggles we emerged smelling very nice indeed. What is the Playboy girl anyway? Three normal girls show you what spritzing this baby makes you: 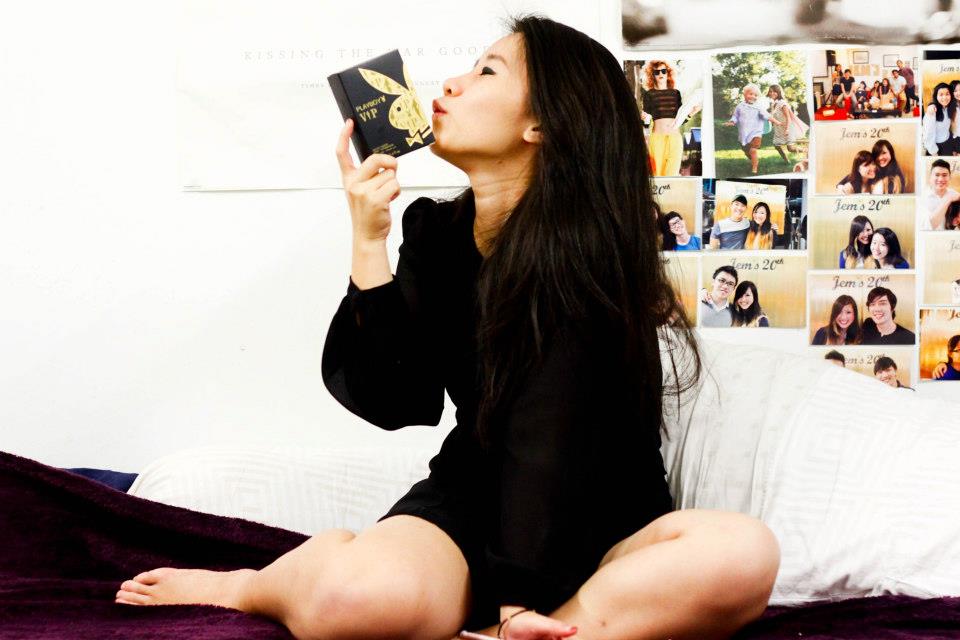 Bringin out your sexy side with Playboy VIP Fragrances For Her. Cindy had so much fun playing up her sexy playful side with our sequin fairy wand- don’t ask me why we have fairy wands lying around in our room, just go with it. 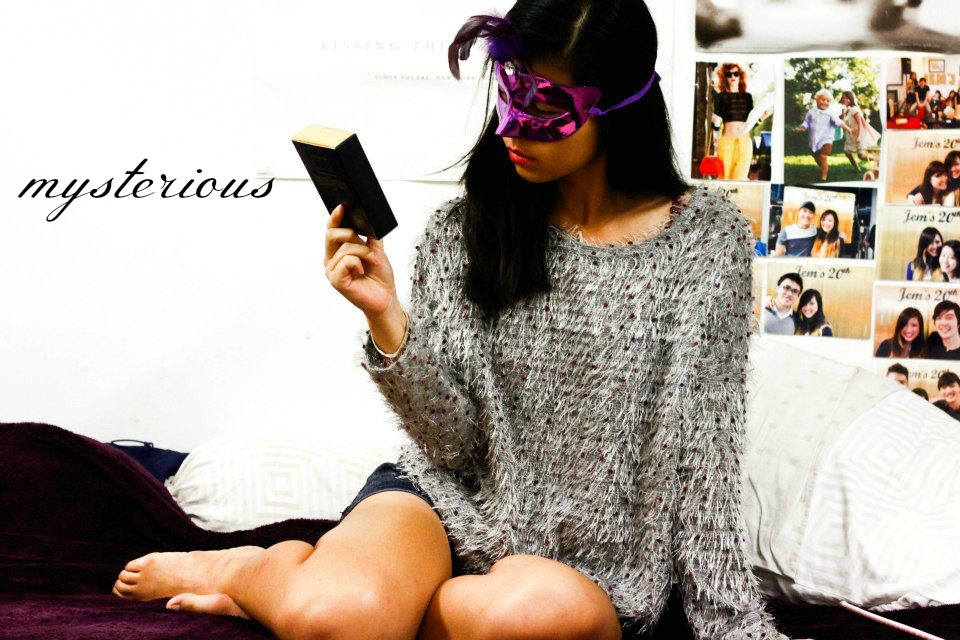 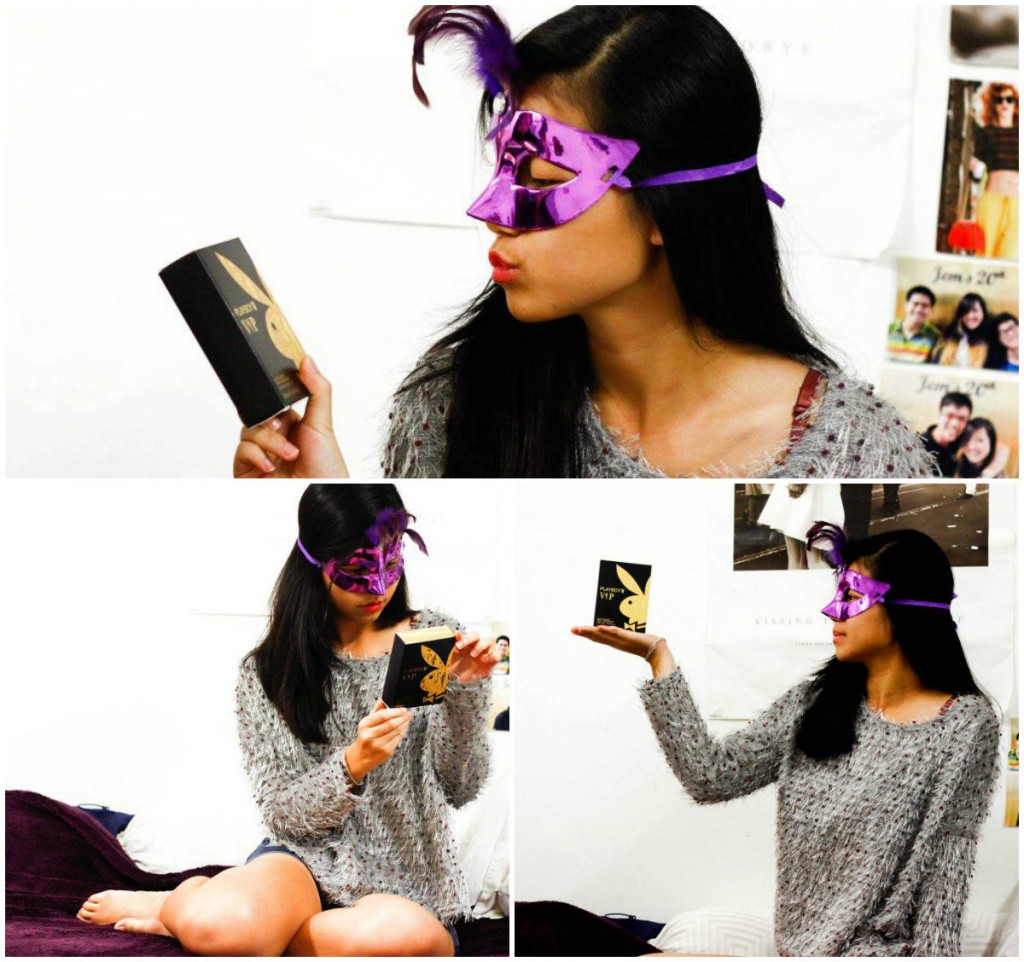 Paige goes all mysterious and smolders in her purple masquerade mask and the VIP Fragrances! She’s even got the whole furry throw thing going on. Reminds me a lot of cleopatra for some reason- it’s got to be the strong jawline and egyptian vibes. 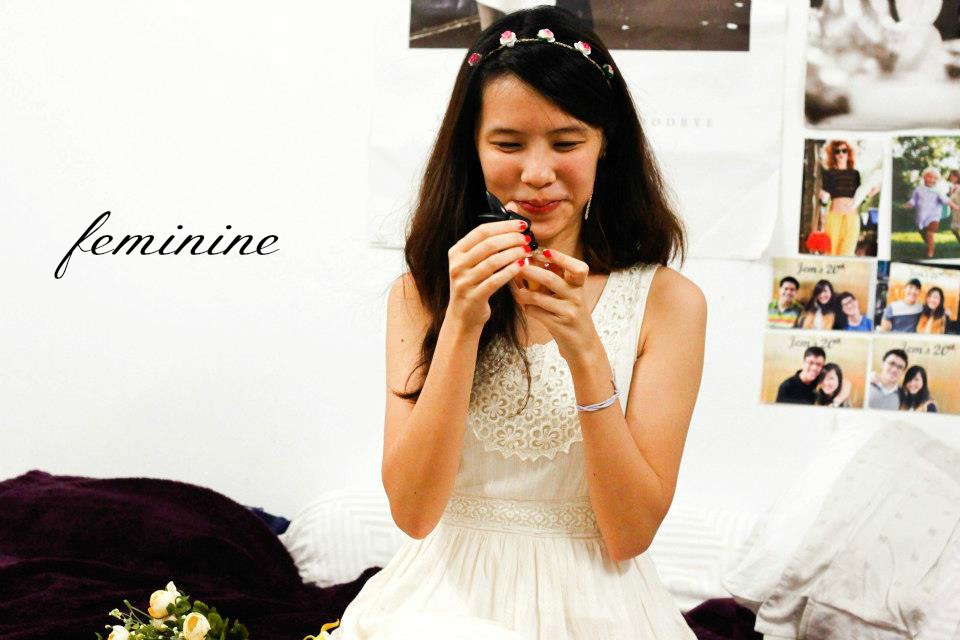 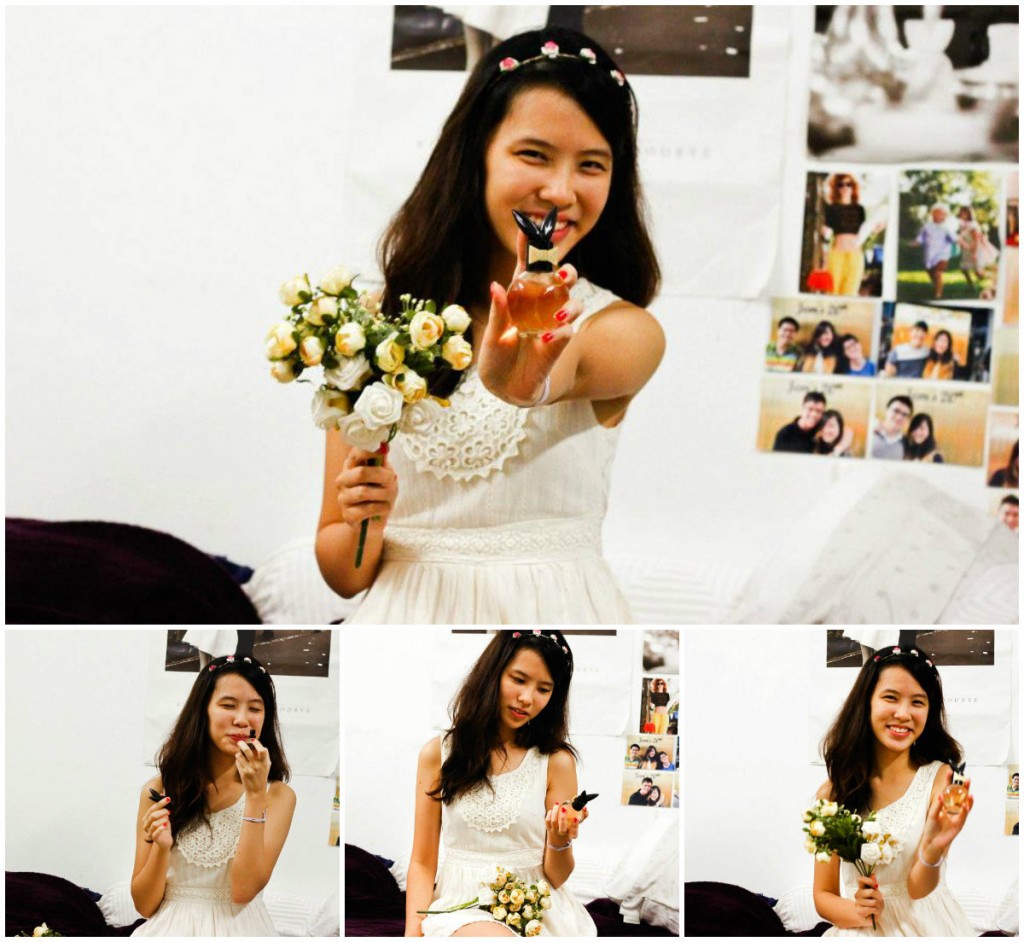 And our college queen Candice is totally working her feminine side here, with the flowers and headband. Seriously, i’m pretty sure we have magpie hoarders syndrome or something- once we started looking, there were so many usable props hanging around in our room! 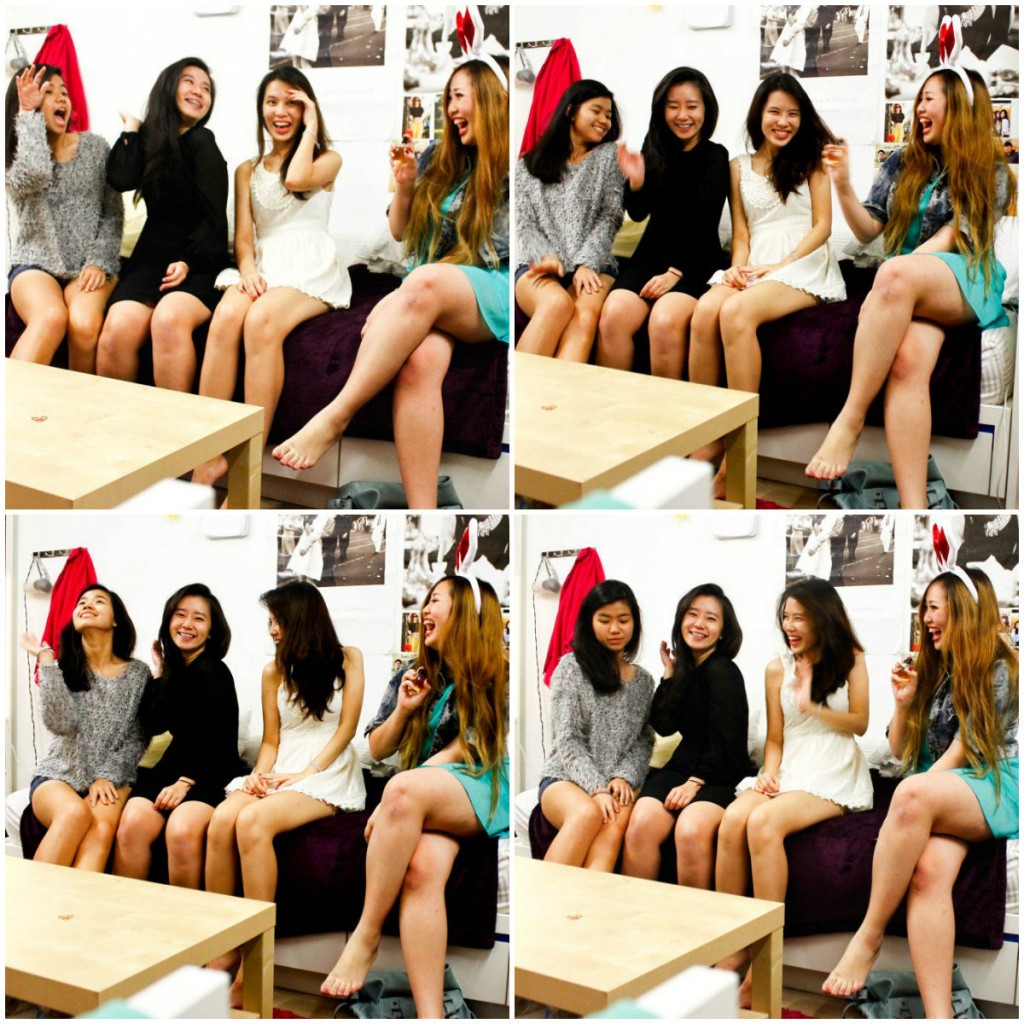 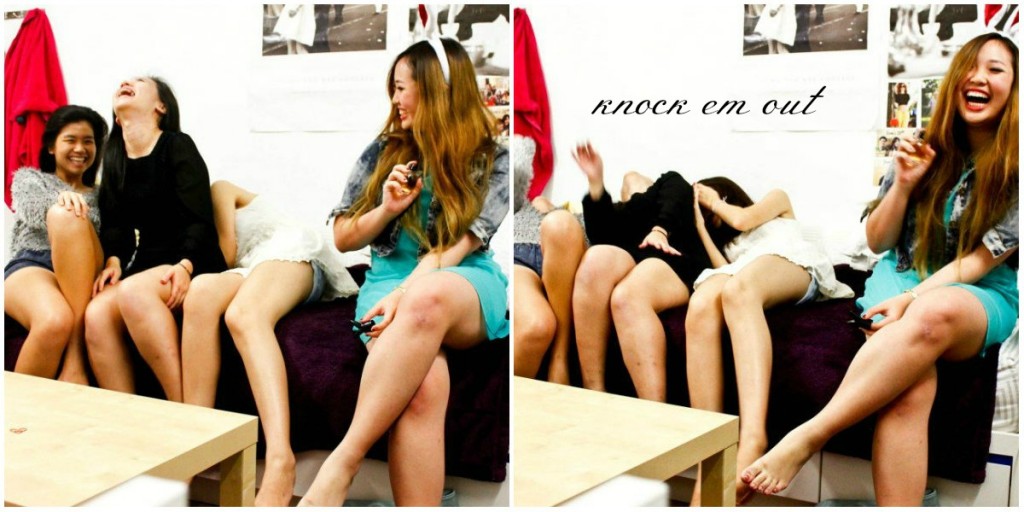 And of course, whether you’re channeling your inner sexy, mysterious or feminine side, the fragrance will knock you out. I know, i know. How cheesy I’m getting. I can’t help it though- i still giggle everytime i look at these shots because they were just so fun to shoot! We put on Usher on stereo and everyone just went a little crazy. Also, this was shot at 1am.

WE EVEN MADE OUR OWN ‘KNOCK EM OUT’ ADVERTISEMENT

So yes, that brings us to the giveaway segment! 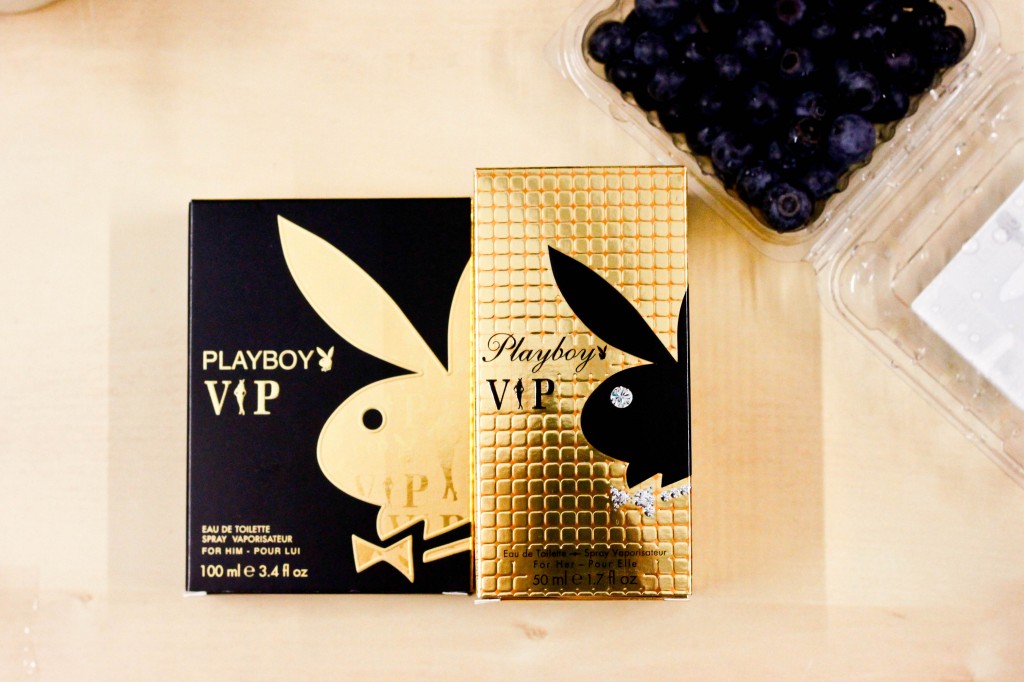 In addition to my own set, Star Asia x Playboy VIP Fragrances also very generously sponsored a separate set of For Him (100ml) and For Her (50ml) fragrances for one of you guys! Don’t ask me why the guy’s bottle is bigger- i thought about it for awhile and decided that it must be because guys have more surface area in general or something. I’m opening this giveaway to both males and females- they’re perfect for a Valentine’s Day gift, but alternatively they’ll probably get you out of potentially any sticky situation. Yes? Yes.

Here’s what you have to do.

Because Playboy is all about confidence and you’ve got to sound confident of winning it or I’m not buying it! That’s only 56 characters so you have another 84 to play around with creativity and convince me that you’ve got enough charisma to pull of the Playboy VIP Fragrance. I’ll pick a winner in a week to win a set of For Him For Her fragrances – The winner will be announced on monday night (11th Feb) and sent out on Tuesday so it’ll reach you before or on Valentine’s! (hopefully.) Time’s a ticking so LOG ON TO TWITTER AND DO IT NOW. If you don’t have twitter, it’s time to create an account because my $300 ASOS giveaway (later this week) is twitter based too. And if these two aren’t good enough reasons to create an account, I don’t know what is.

Good luck and smell sexy you all