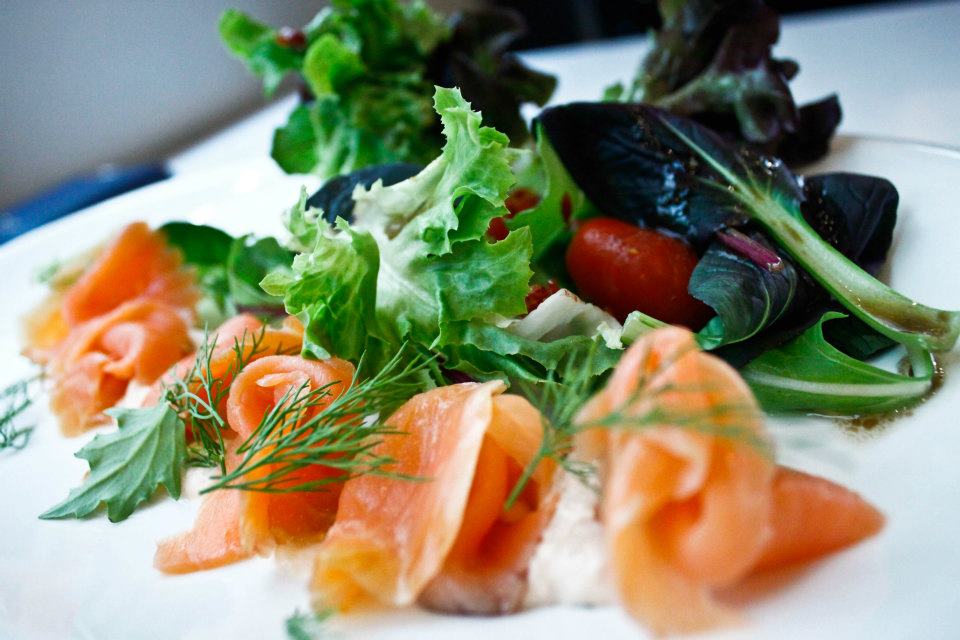 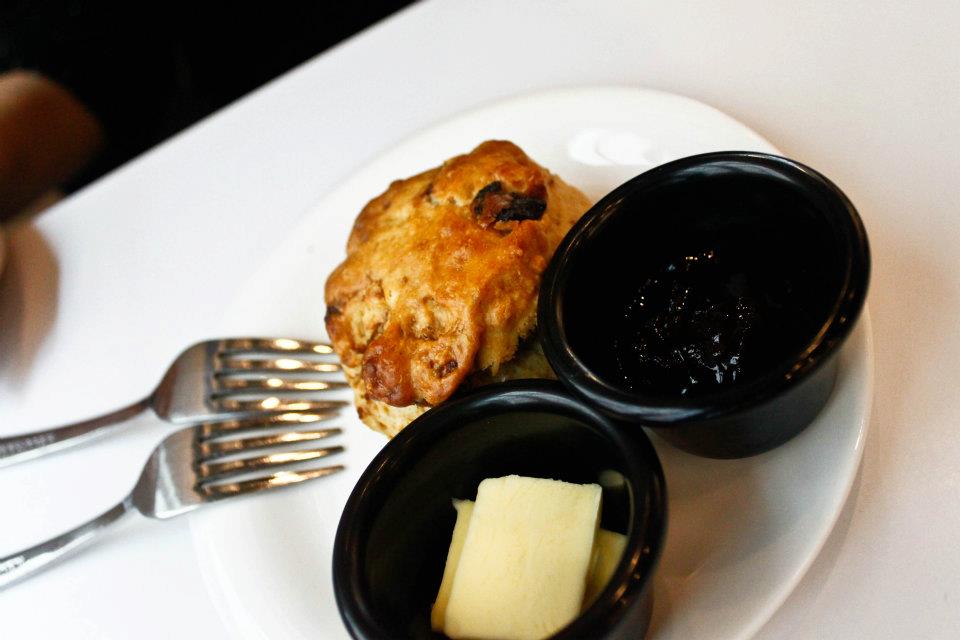 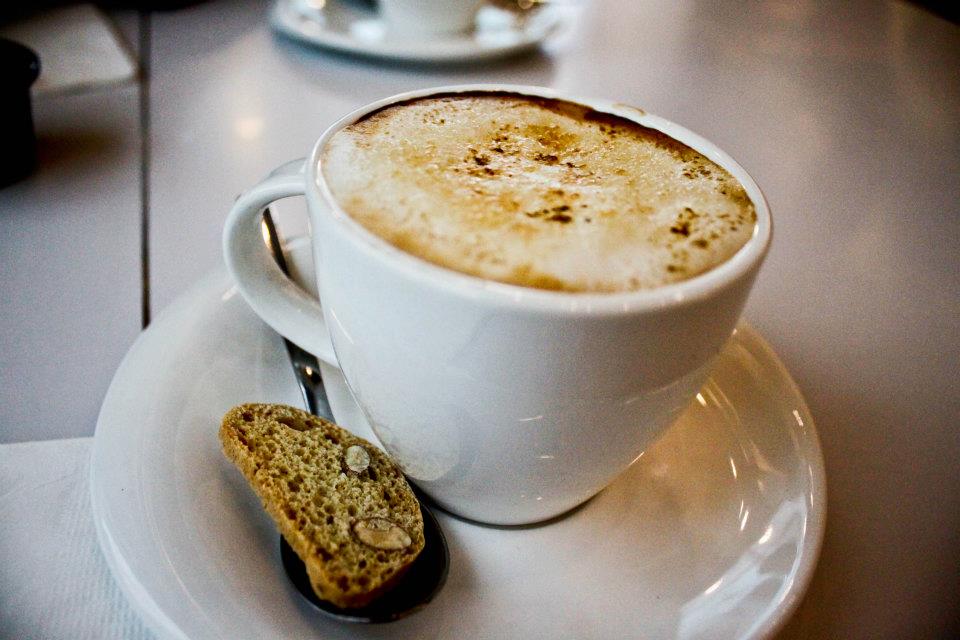 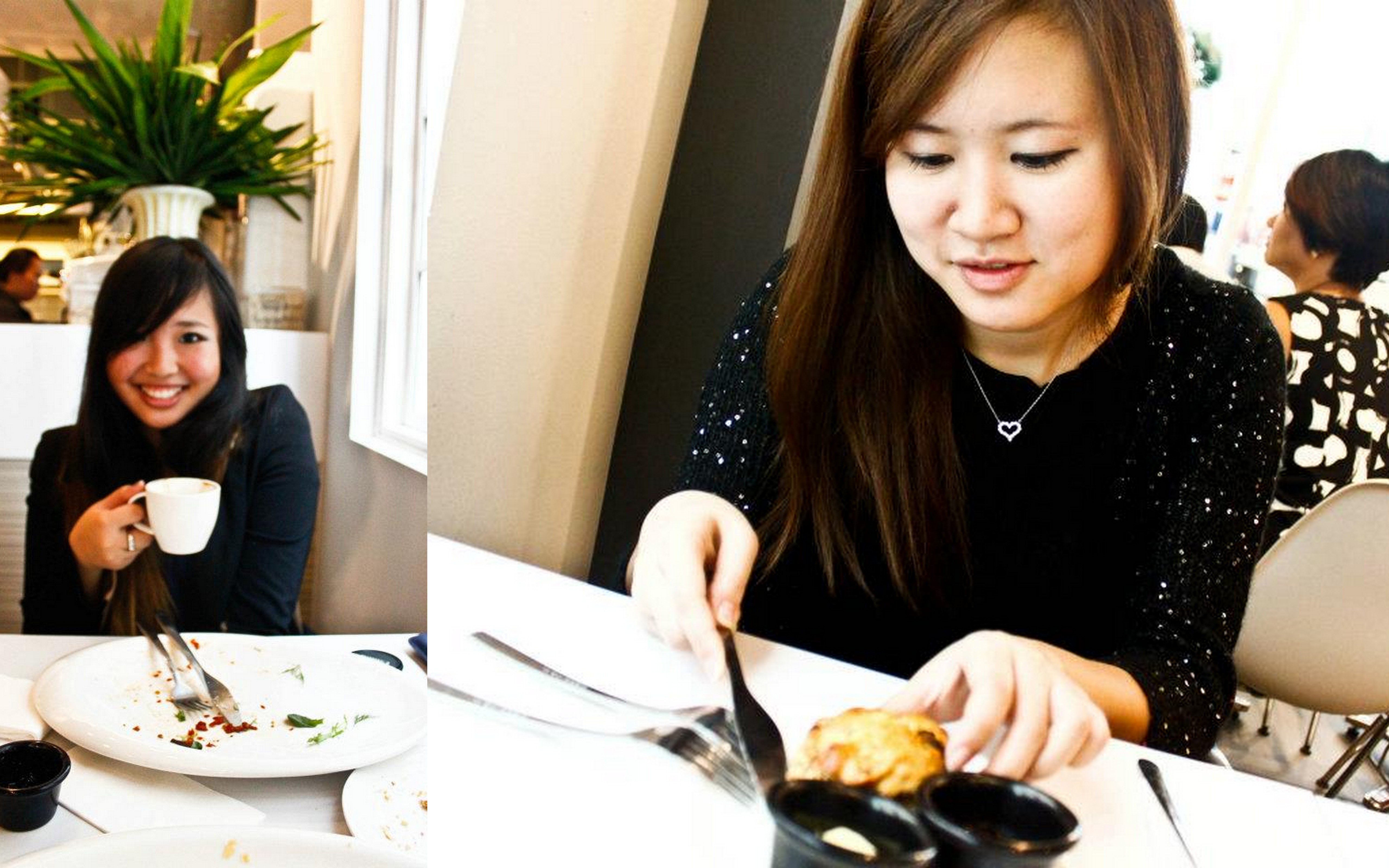 XQ and I got our tickets to Wicked! about two months back, and we’ve been super excited about it ever since- I was obsessed by the musical during my J2 years and went a little obsessive compulsive reading the screenplays and scores and the original novel. Anyway, we decided to make a day out of it and met up for high tea before that at SoHo coffee.

It’s lovely as always- tucked away in a quiet turn of Singapore’s central, adjacent to all the buzz. XQ and I shared a scone and had a cup of their new christmas blend each, and individually i had the smoked salmon salad (YES, SCORE) and she had a swiss chicken burger. Yes i am aware that Christmas is over and its a little incongruent that I’m drinking christmas blends after christmas, but due to popular request, they’re keeping their Christmas special on the menu all year round. Caramelized Dolcecinno: toffee nut based cappuccino with a glazed caramel top via thick foam. ERGO, ITS CHRISTMAS ALL YEAR ROUND IN SOHO NOW.

Thanks for the delish meal, SoHo 🙂 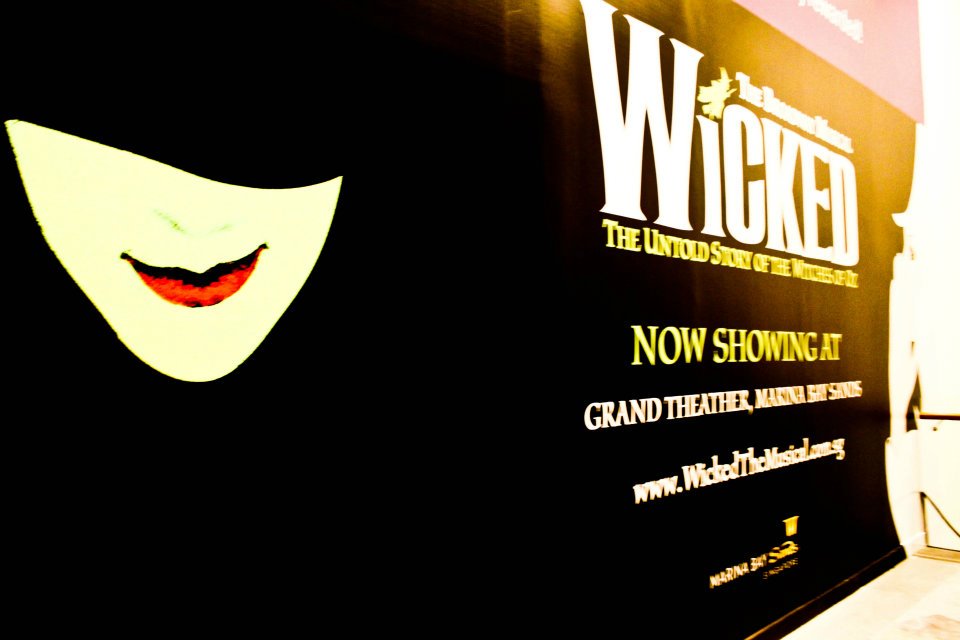 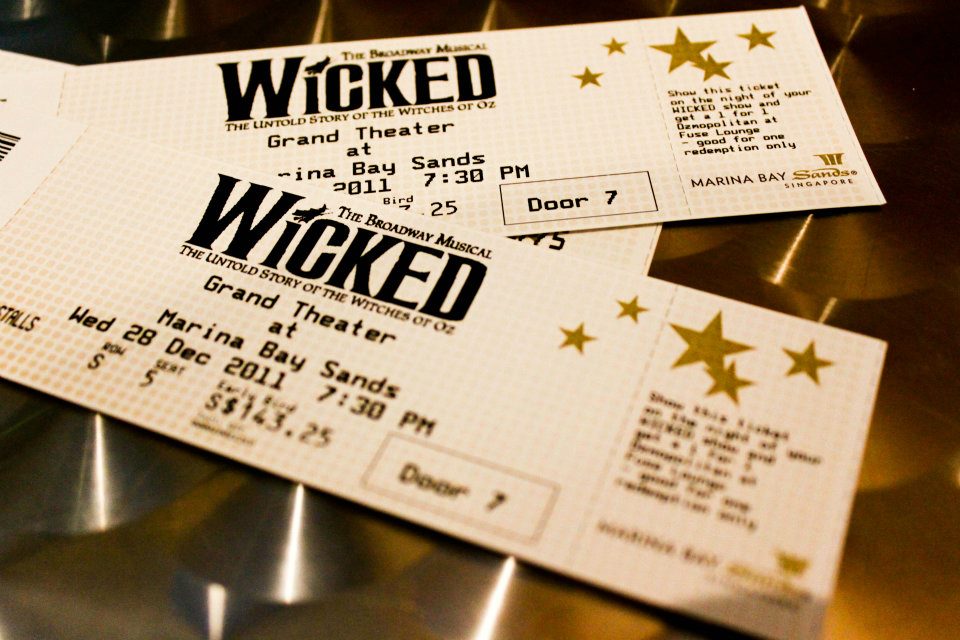 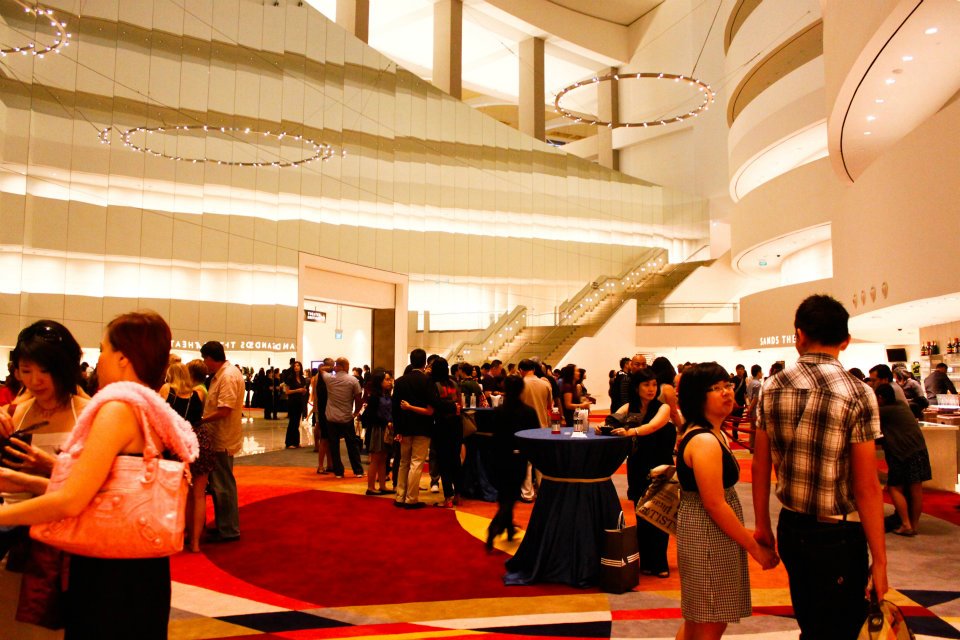 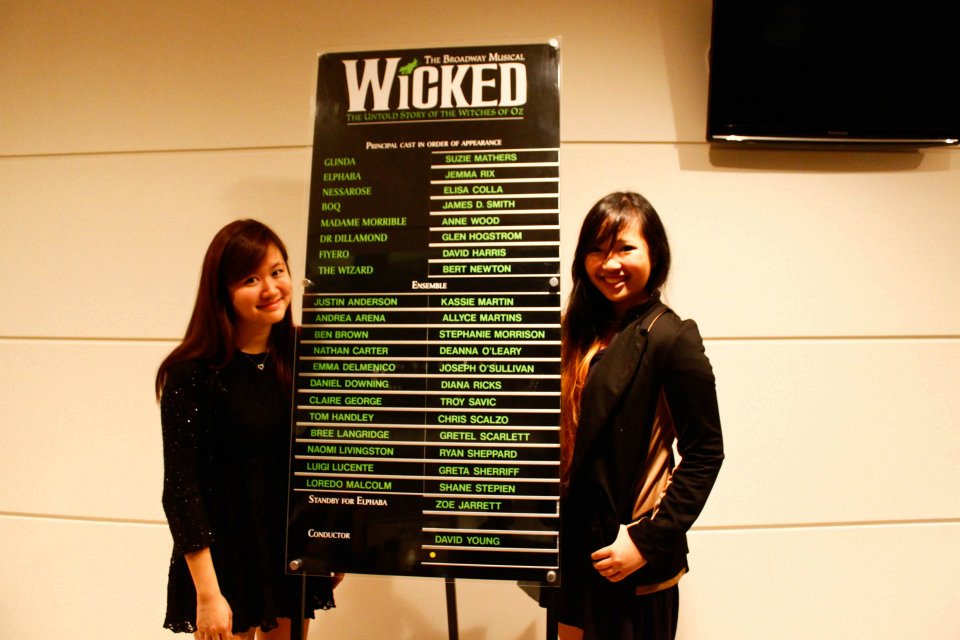 Went down to the Marina Bay Sands Grand Theater after that for Wicked!

Words cannot express how excited i was about this. I’m a sucker for cliches in that way- GOING TO THE THEATERS WOOHOO DRESS UP GLITZY LIGHTS RED CARPETS EXCITE EXCITE EXCITE and so on. Wicked was Wicked.

Musical wise, the australian cast wasn’t technically as strong as the west end or broadway ones (not that I’ve watched either in real life, but hello i am a full on embracer of the wonders of youtube.com), but that didnt matter because I WAS SO OVERCOME WITH NOSTALGIA AND EMOTION i really, really love this musical. You watch it with the parallel commentary of the original novel running in your head, the much darker version where Glinda and Elphaba didnt make good, where Doctor Dillamand was brutally murdered, where the Wizard didnt really give a shit, where Elphaba was bordering on mentally insane, and it adds another dimension to the musical.

Found myself mouthing the lines along with the characters, and I got so enraptured with the rawness of the emotion from the reprise of For Good that i started crying during curtain call.

It was lovely. If you aren’t planning a trip to UK or New York anytime in the foreseeable future, you should definitely try to catch this one before they leave town in February. 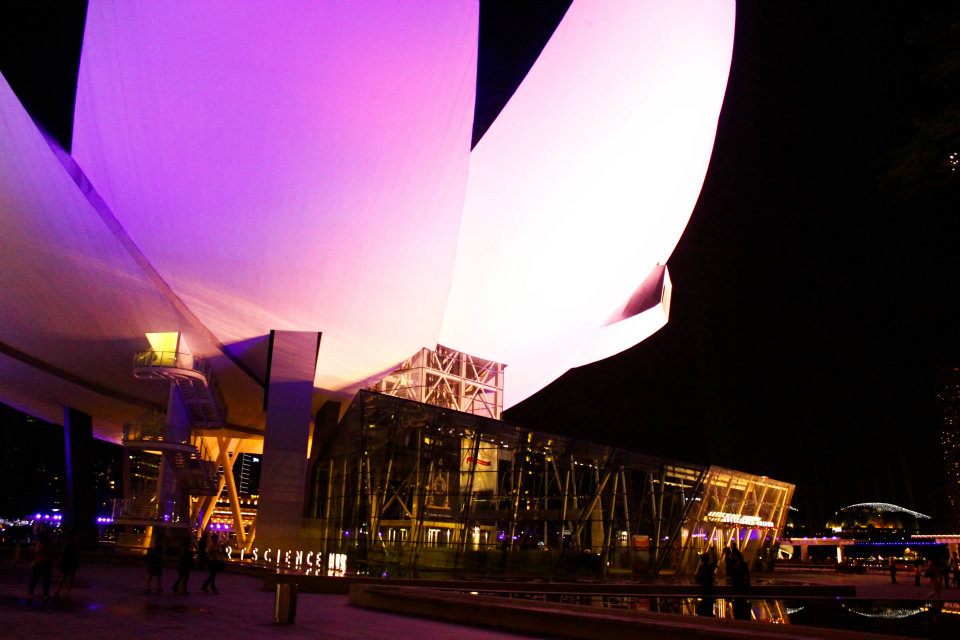 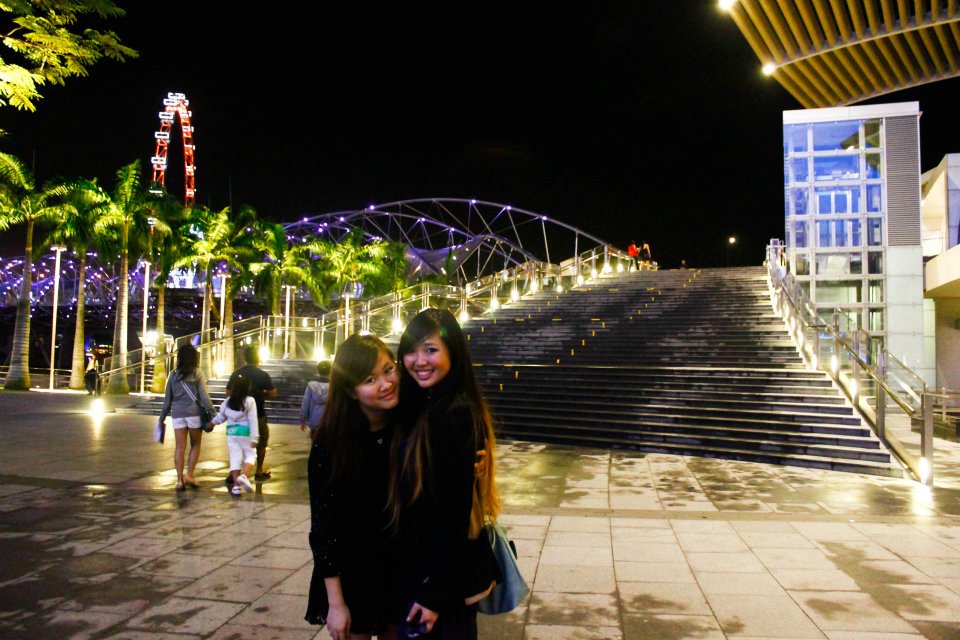 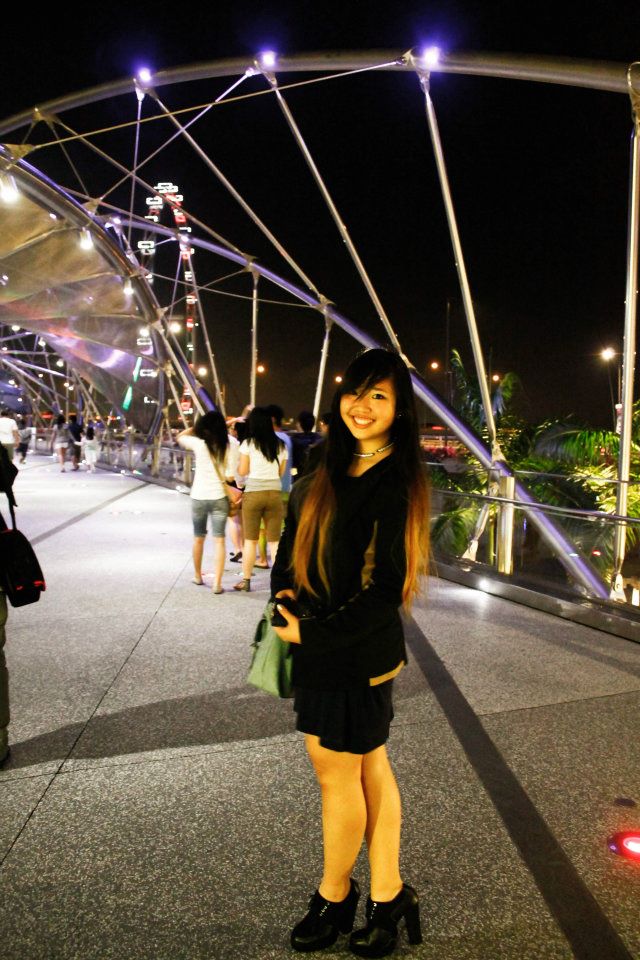 Such a lovely day spent only in the company of the loveliest girl. ^^