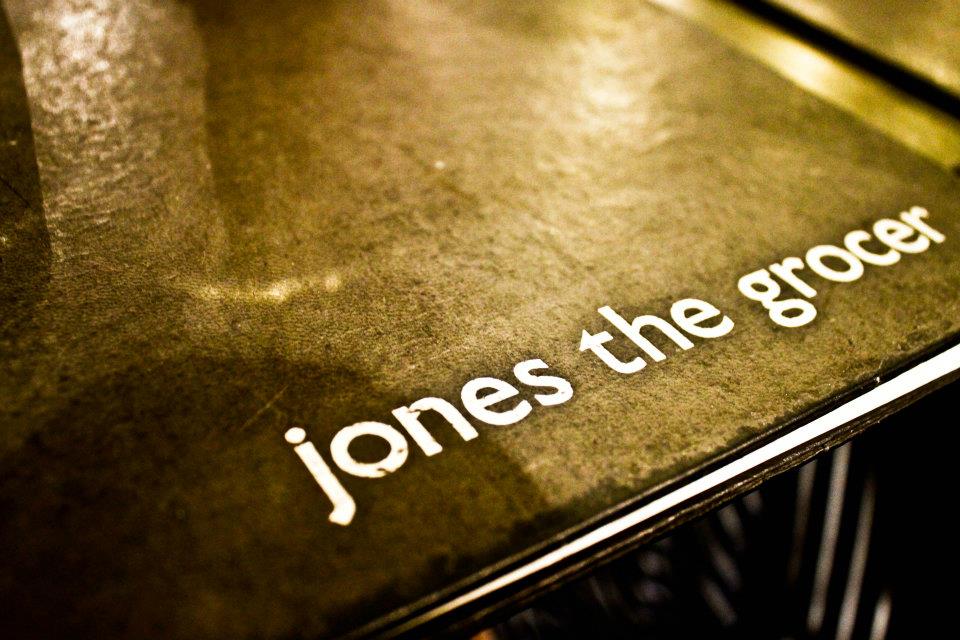 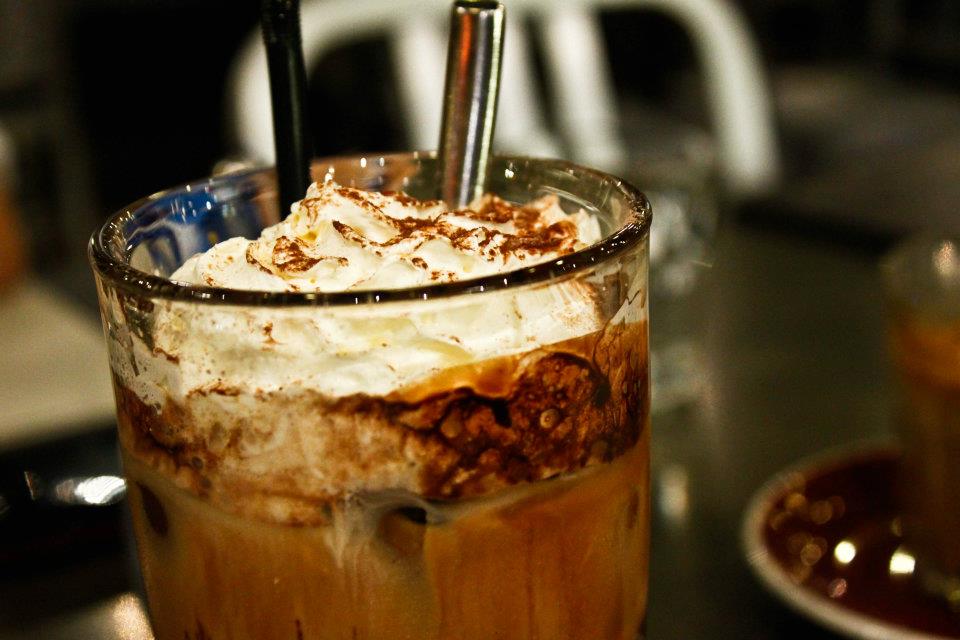 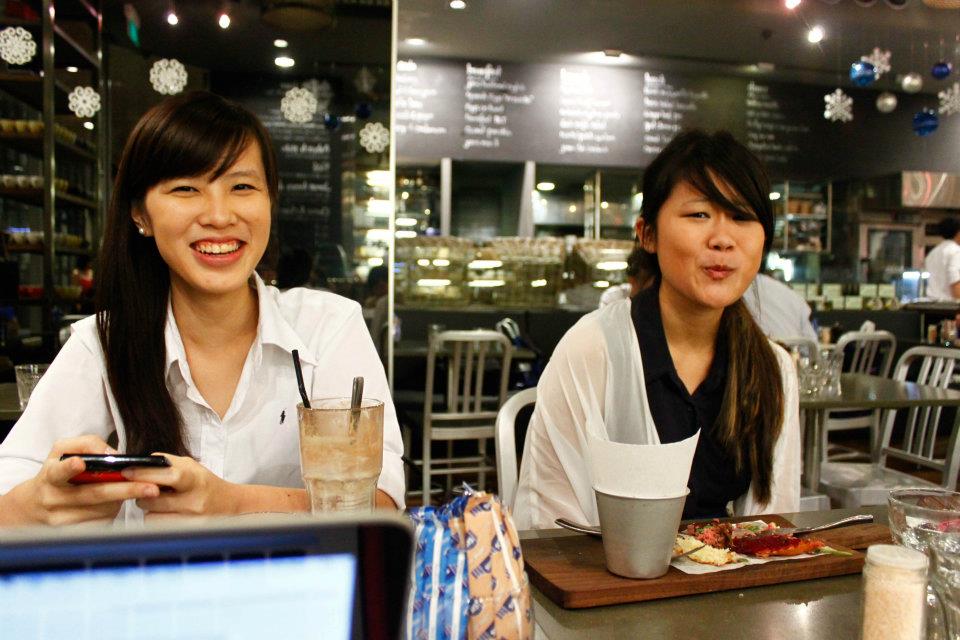 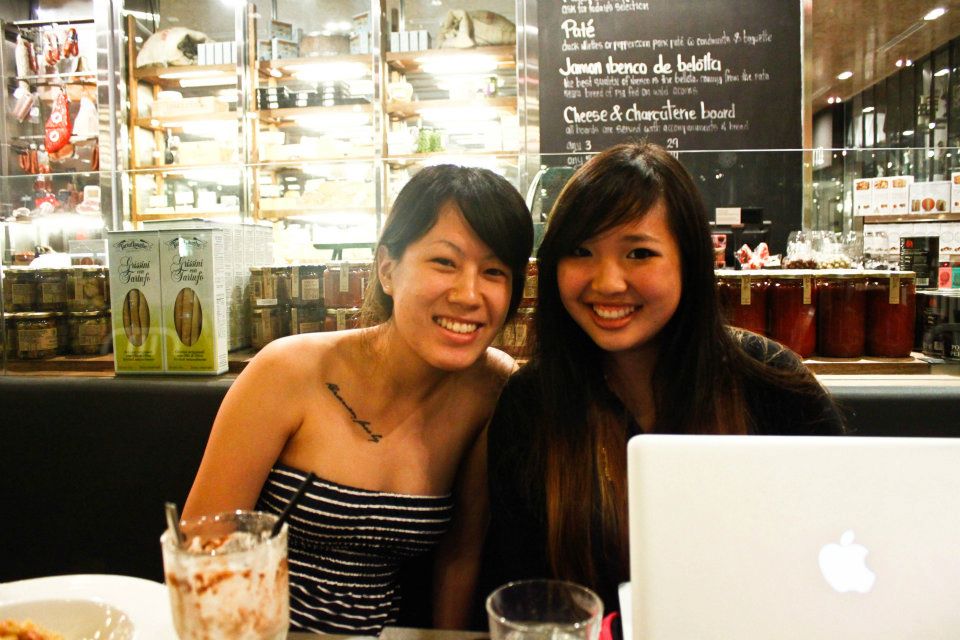 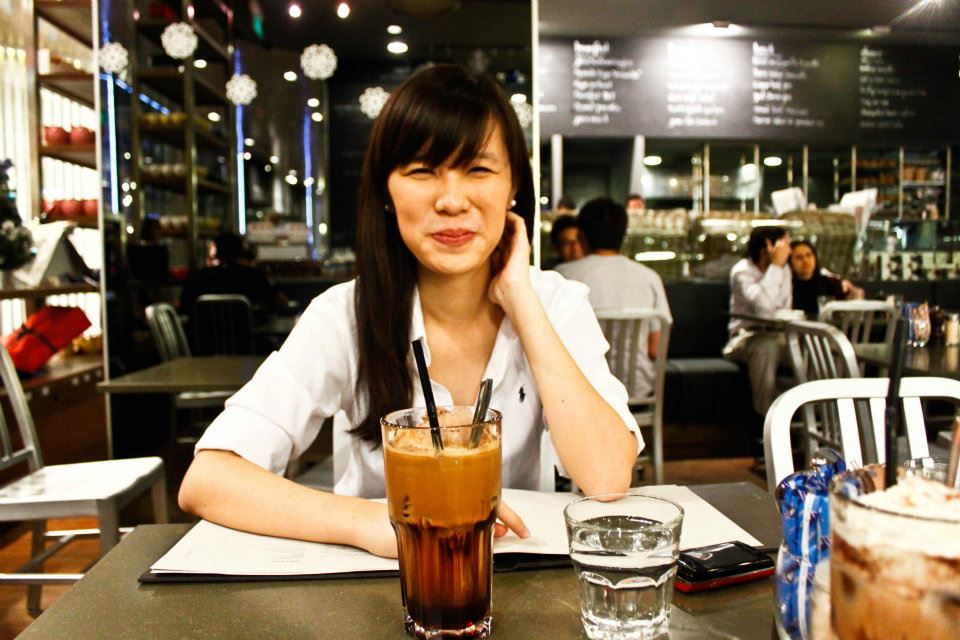 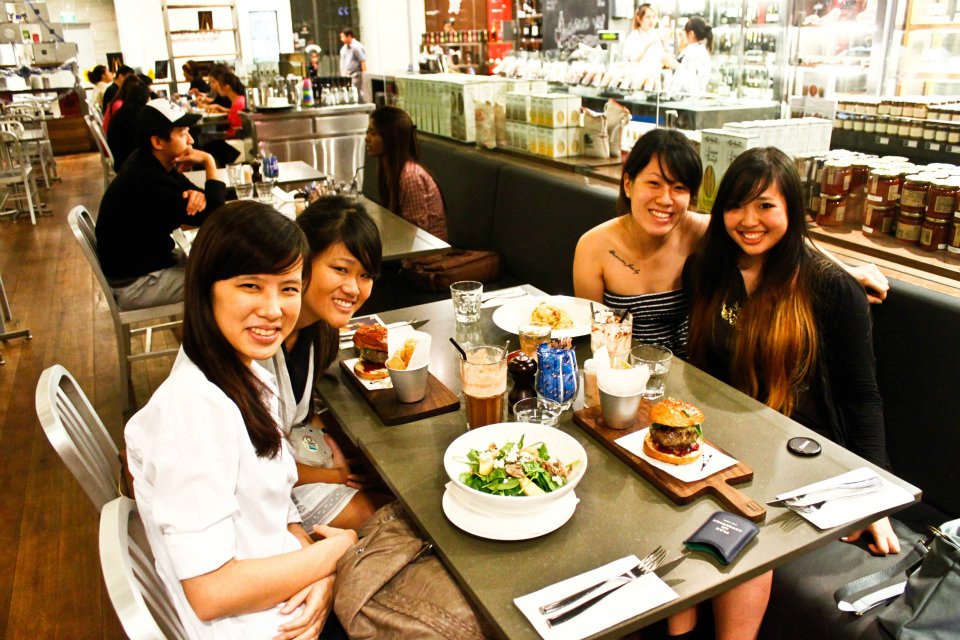 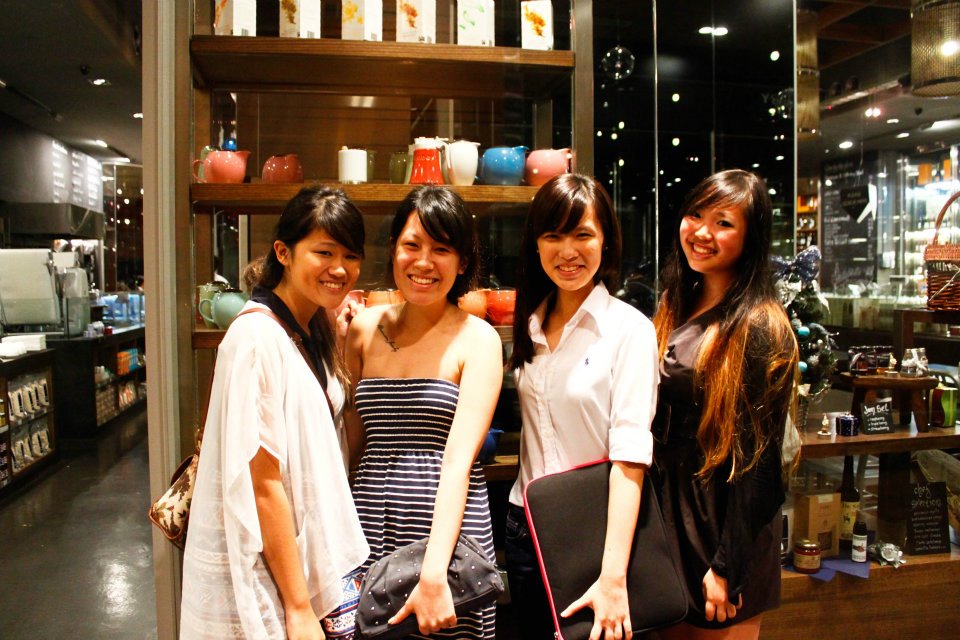 Spent the day waking up (late) and shopping with my sister, we went to watch the latest Sherlock Holmes movie: A Game of Shadows, at Lido’s Shaw Cineplex. I feel the need to talk about this in great detail but i don’t want to spoil it for anyone who has not watched it so just 3 things:

1. it is INCREDIBLE how dapper Robert Downey Jr. is. In Ironman, Richard III, Kiss Kiss Bang Bang and now Sherlock Holmes 2 (i didnt watch the first movie, but still), that guy is amazing. Cute british accent? CHECK. Nice hair? CHECK. Dry wit and intellectual humor? CHECK. Ability to make amazing repartee? CHECK. Onscreen chemistry with every character in the movie? CHECK. I am not even kidding about the last point. He had chemistry with everyone, female OR MALE. I swear it’s his eyes.

2. Jude Law. Who was the reason half my female friends went for the movie. He also had so much bromance chemistry with Downey, see point one above. Which is slightly awkward if you think about it too much, given how the movie starts off with Jude Law getting married to Kelly Reilly. I’m sorry but i cannot think of anything other than the horrible Miss Bingley
from 2005’s Pride and Prejudice whenever i see her, which kind of ruined Reilly’s character for me in this movie. You cannot cast someone next to Keira Knightly as a competitor for Mr Darcy’s love and expect to come out reputation unscathed. She will forever be The Other Woman to me. Which is also kind of applicable and awkward in the context of Sherlock Holmes.

3. Only thing i was disappointed with in this movie: the lamentable lack of screen time for Rachel McAdams, because damn that woman is fine. She is brilliant. BRILLIANT. She appeared in about three scenes in the whole movie, which was about five hundred scenes too few. In one of these three scenes she DIES. oops spoiler right there but SHE DIES AND IT IS DISTRESSING WHO CAN CONSCIENTIOUSLY KILL OFF RACHEL MCADAMS CHARACTER HONESTLY WHO CAN BEAR TO?! Even the writers of Mean Girls revived her after running her over with a bus.

Well anyway it was a fantastic movie i LOVED it. It was between this and Breaking Dawn for my sister and i, and all i can say is THANK GOD WE CHOSE THIS. Downey’s thought processes and being two steps ahead all the time reminds me of one of my favorite actors Anthony Hopkins in Silence Of the Lambs and Hannibal, except the fact that he isn’t a psycho murderer. Also, more charming given how he is not old enough to be your grandfather.

Met up with Candice, Penny and Amanda for high tea (ok, dinner) at Jones The Grocer, Mandarin Gallery, after that. They have since been dubbed the tai tais for obvious reasons. 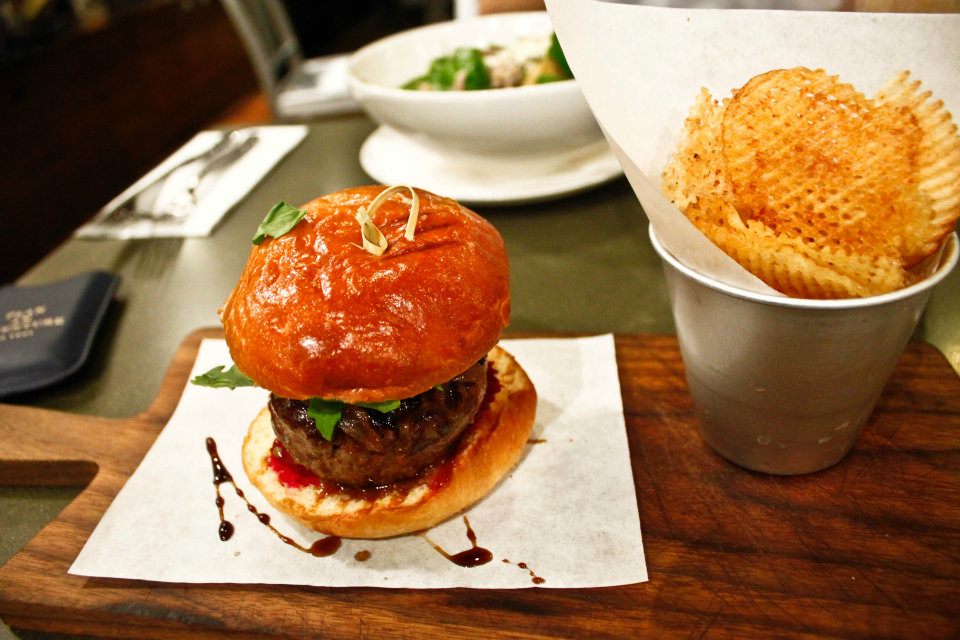 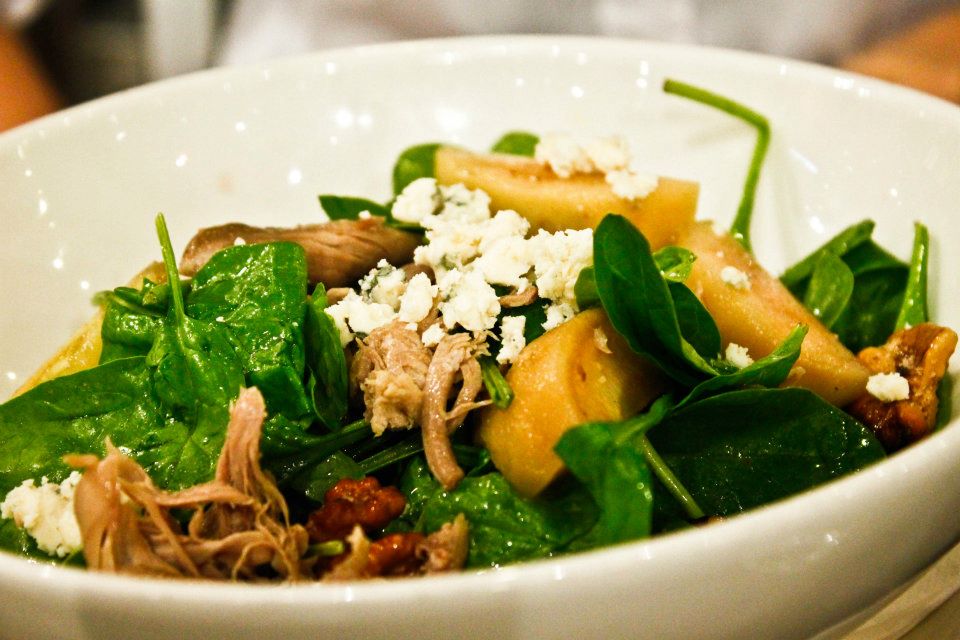 The food caused all of us to be entirely too perturbed for our own comfort. Firstly, i thought Jones the Grocer was famous for fish and chips, but there were neither fish nor chips to be seen. DISAPPOINTMENT IS MY MIDDLE NAME, REAFFIRMED, RE: PREVIOUS POST.

Secondly, we could not pronounce half the things on the menu. This is also, a cause for distress, given how i had sold my soul to studying french (ha, ha, right.) for six months, HOW IS IT I STILL CANNOT PRONOUNCE FRENCH WORDS, I DEMAND A REFUND. Also, coq au vin?? This is an Australian restaurant man. What is going on.

Thirdly our food was bad there is no other way to put it. Candice’s salad smelt like perfume and tasted like perfume. Penny and I had beef burger which for some reason had beetroot in it, which made it suspiciously pink and anyway, i have tasted better beef. At Macdonalds. In a two dollar double cheeseburger. Amanda’s risotto was uninspiring. I was so amazed by this commitment to an unimpressive meal in mandarin gallery where the likes of all the cool food kids ie. Wild Honey and Ippudo Ramen hang, because by association you tend to assume all food in Mandarin Gallery will rock your socks but sadly no, my socks remain unimpressed. But maybe it was just us.

On the other hand the coffee/signature drinks and red velvet cake weren’t half bad. Also, we got much of our HSS BACK TO SCHOOL plan done, which got me majorly excited because i get majorly excited over a lot of things. Except unimpressive meals which cost thirty five dollars which is about thirty three dollars fifty cents too much. Wow i just cannot let this go huh. GETTING OVER IT AND MOVING ON, i am grateful for the lovely company which pretty much made up for the dismal food. The next time we are reserving a place at ippudo. Okay i obviously have issues letting things go because i am not shutting up about jones the grocer. JONES PLEASE STOP PUTTING PERFUME IN YOUR FOOD.