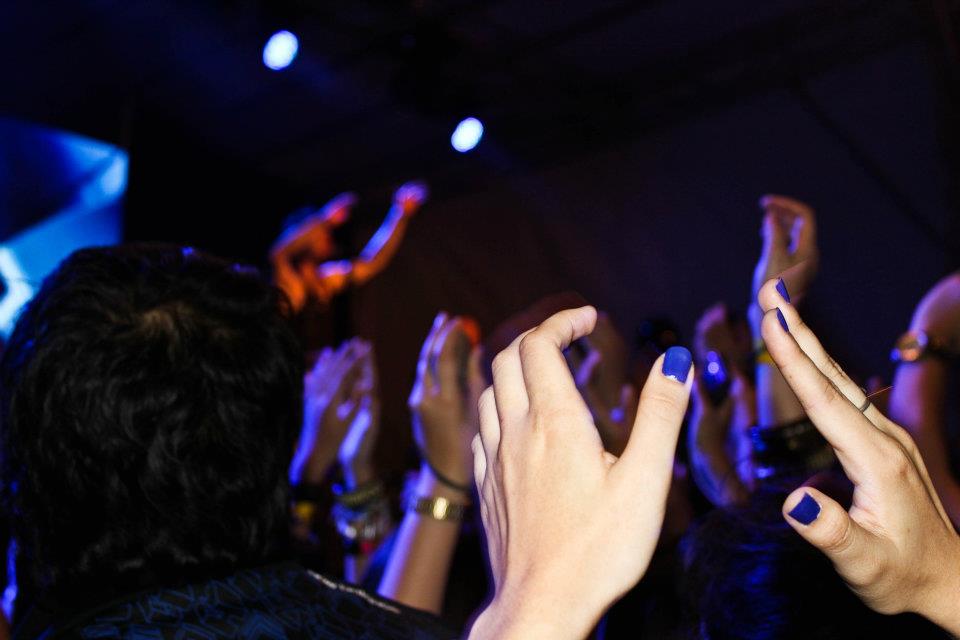 So! Last night, the BBF and I attended the Sony Uphoria party ft. Train and Mike Posner. As iterated in my previous post, I was invited by Christel and Kenneth (Waggener PR for Sony) for both the press conference and the concert, you can read more about the party here.

The concert was slated to start at 7, but as with all concerts, a ridiculously good looking emcee (in this case, Oli Pettigrew who also hosts AXN Sony Style) came out and basically told us in the most charming way possible that Mike’s slot was in half an hour, and meanwhile, would we like to watch the exclusive preview of the next episode of Sony Style?

Everyone tamely sat down and gazed dutifully at the huge screens, although i suspect that has more to do with Pettigrew than actual interest in the show. 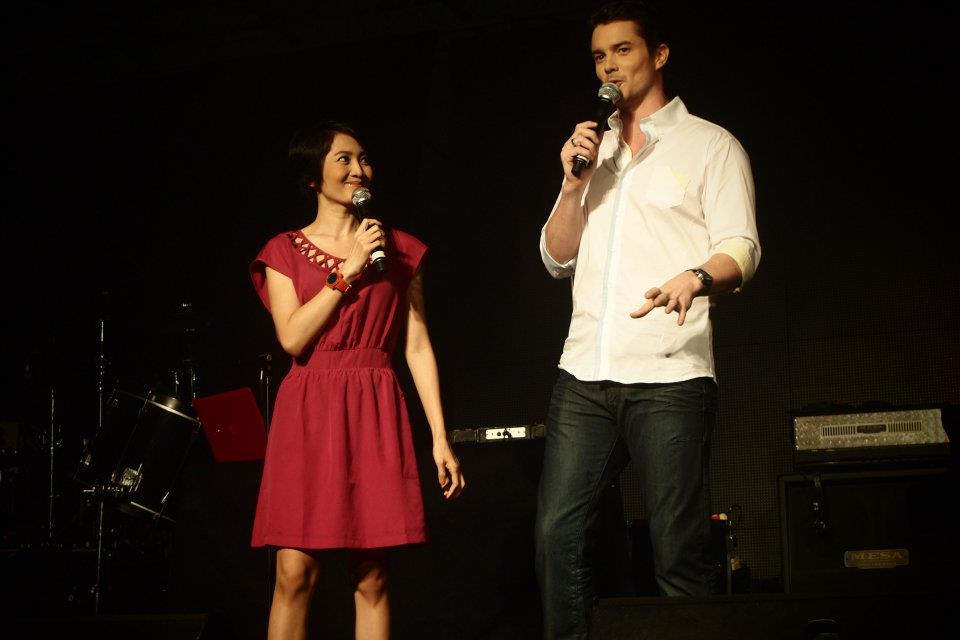 Photo Credit:Anne Xue (winner of the giveaway i held via Facebook)

Waiting for the concert to start proper 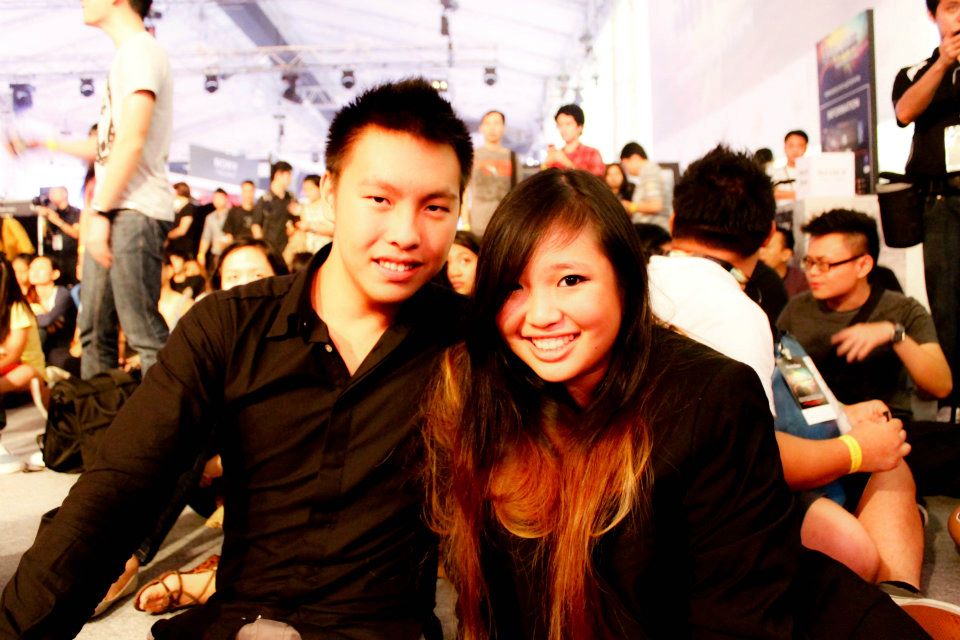 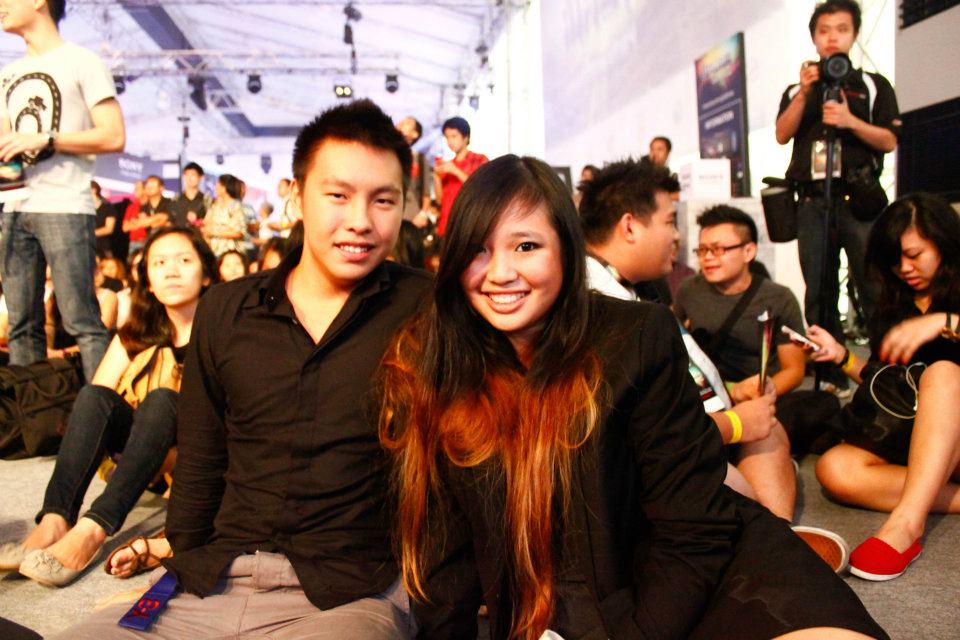 When Mike finally came out, the crowd (girls in the crowd) went wild (completely insane) and with good reason- his enthusiasm is really infectious and he’s so young. 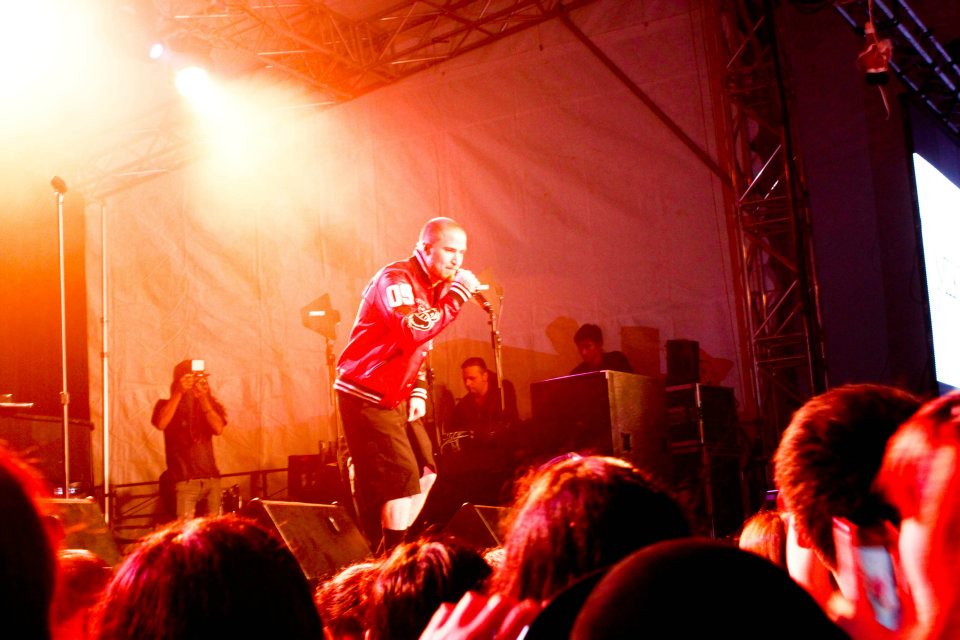 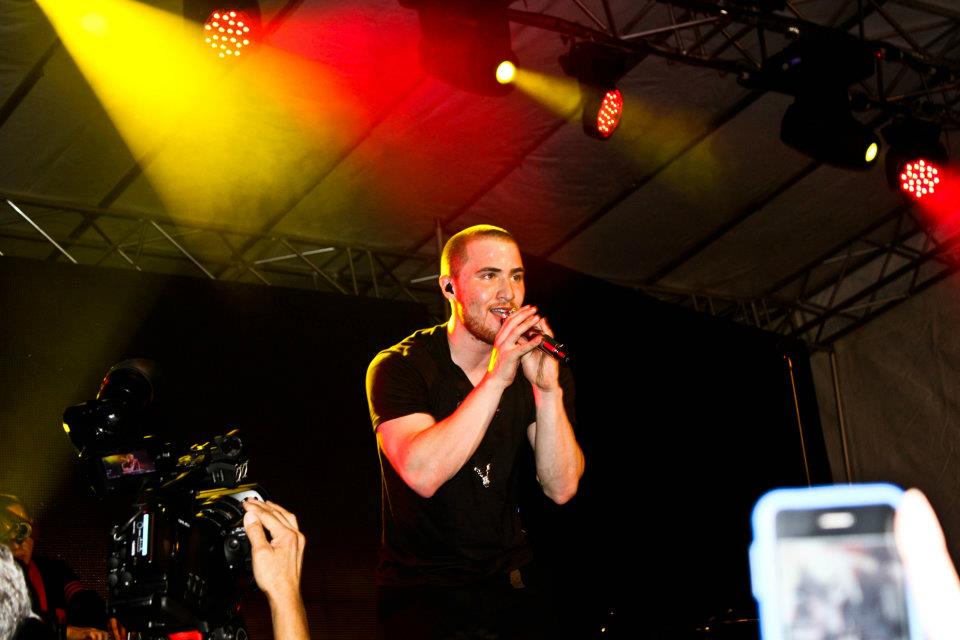 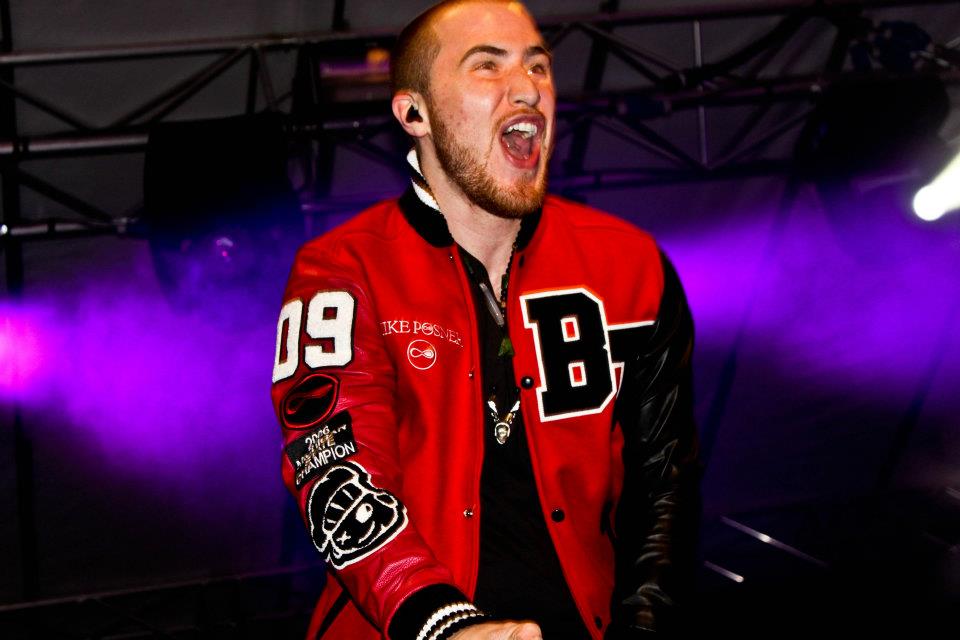 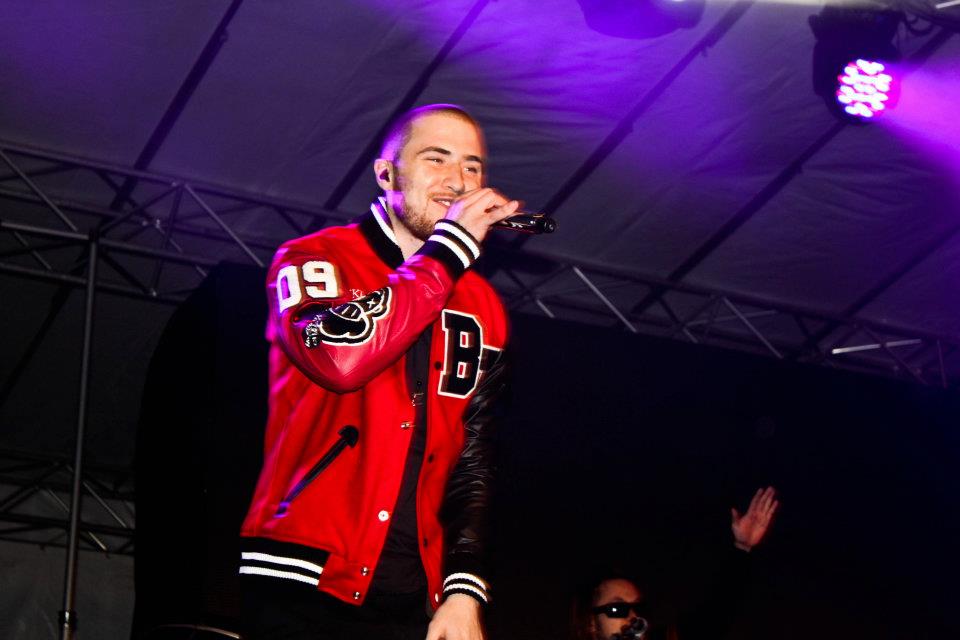 I would like to also state that these photos were really difficult to take. DUDE WOULDNT STOP JUMPING AROUND ON STAGE. I took close to five hundred photos and i had to whittle them down to about two hundred. Halfway through, he started taking off his jacket (on purpose) and all these girls started screaming for him to take off his shirt (as expected) and Fred cheerfully joined in. BBF, I’VE TOLD YOU BEFORE, ITS ONLY OKAY WHEN GIRLS SAY IT. 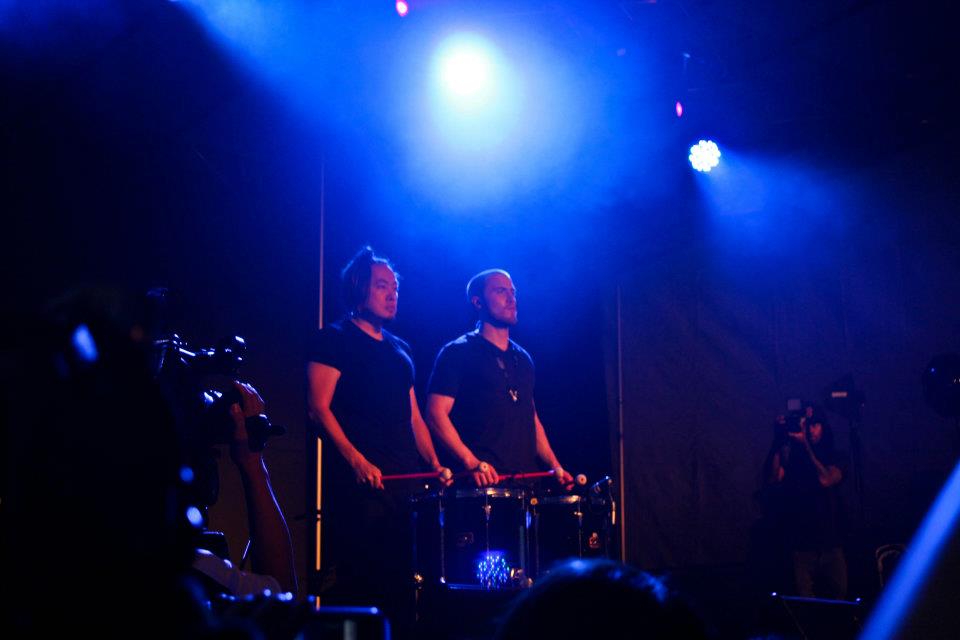 Posner’s cover of Rolling in the Deep. I swear, together with the Mashup-Germany’s Top Of The Pops 2011 mashup, Adele is everywhere. It’s like she’s Big Brother, but the music industry version.

Ended off with his signature Cooler than Me, which got everyone insane. I videoed it down (bragging rights!!!!) except, I was right next to the bass and it really messed with the sound. Bummer.

Right after Posner’s act was over, the two girls in front of us went Train?! F Train and walked off. MISTAKE RIGHT THERE, because Train was awesome. 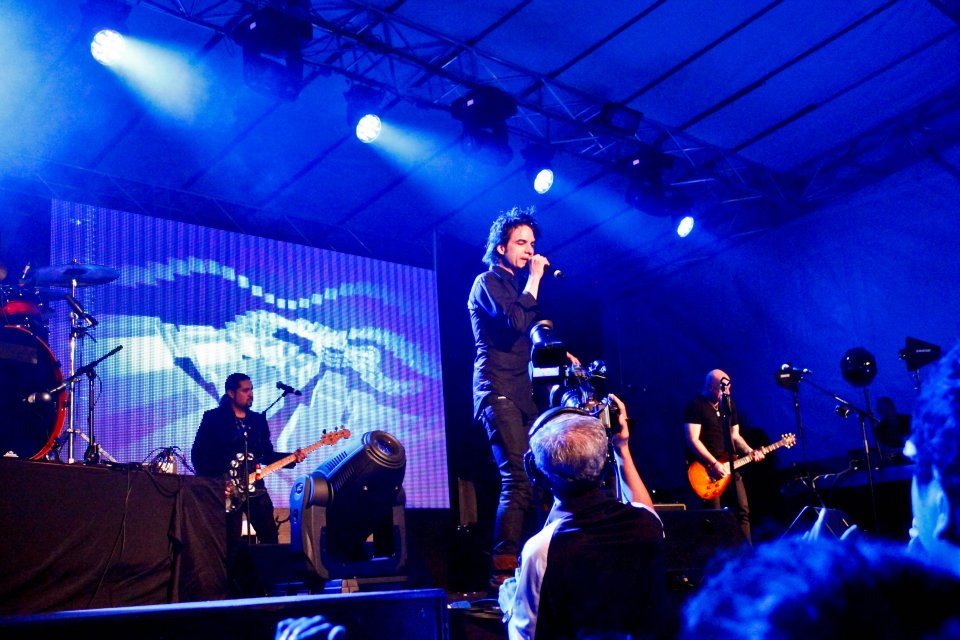 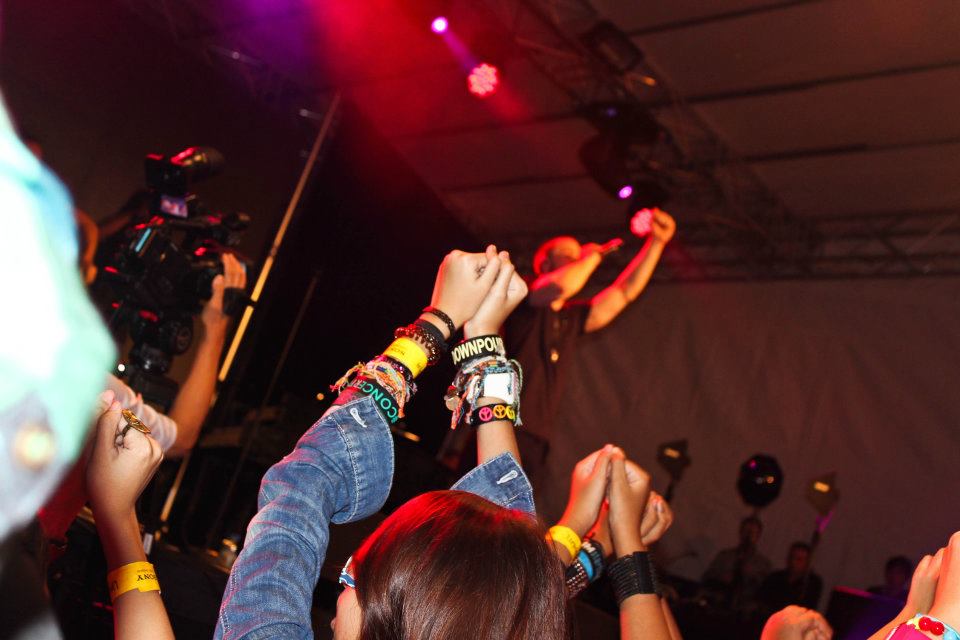 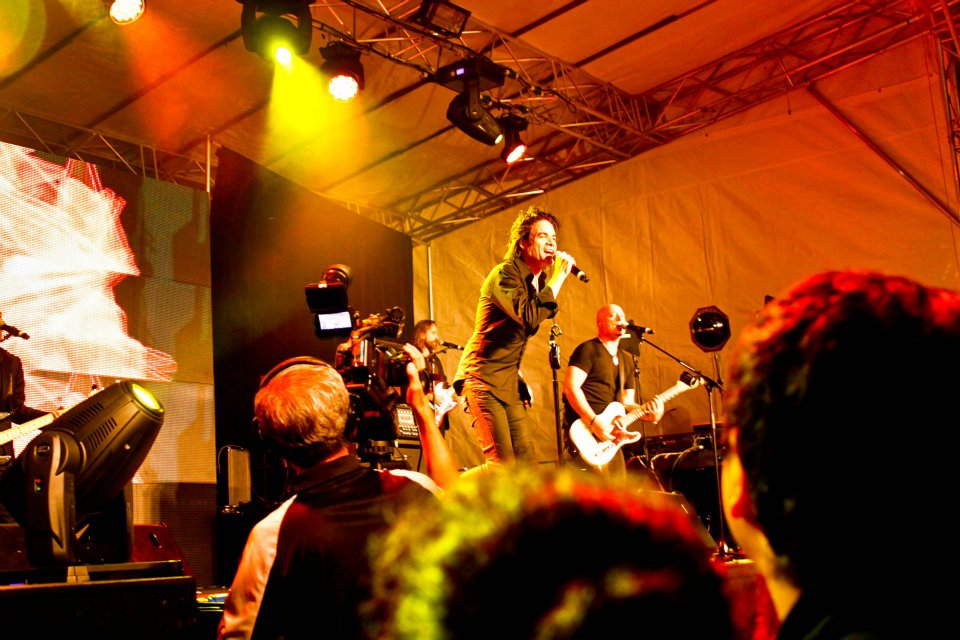 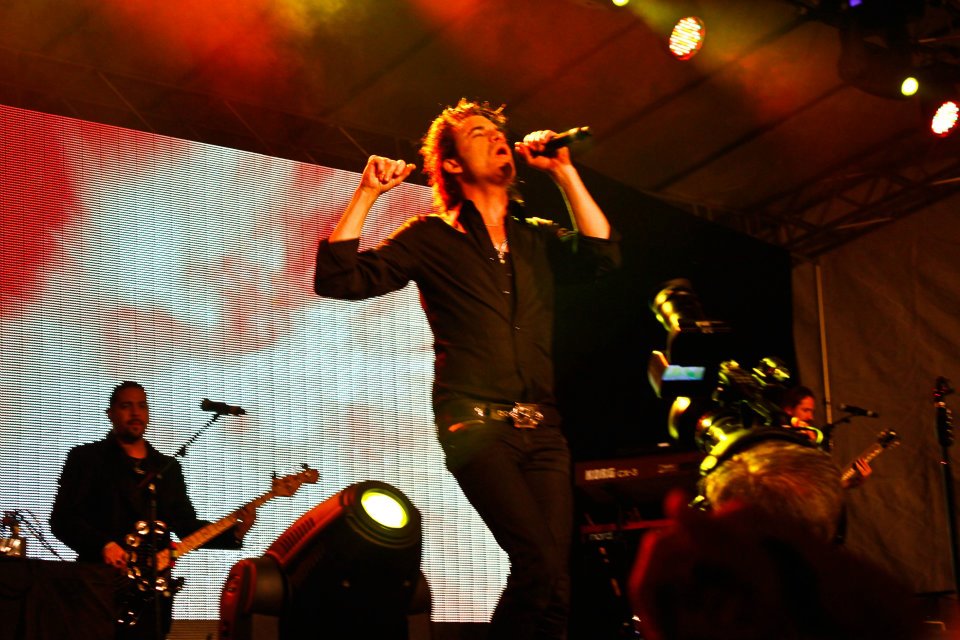 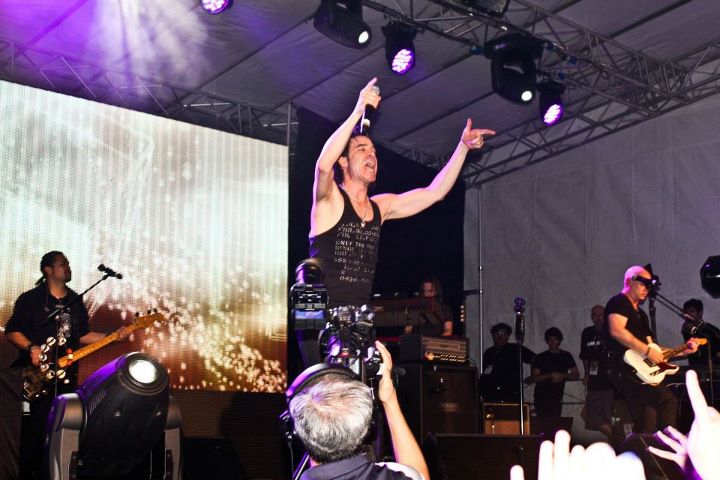 I mean, look at the man go. Eyes closed, double finger guns in the air, hands raised to the heavens. He’s totally feeling it.

From the press conference the day before, i’d already known Pat Monahan made for really witty banter, but his stage presence was way better. He jumped off stage and started singing Marry Me while grabbing front row fan cameras to take self portraits.

When he started gazing into random fan eyes singing the lines “Marry me / Today and everyday”, the girl in front of me looked like she was going to hyperventilate and faint and i was all like giiiiiiirl please, take a breath.

The next minute, when Monahan sang “Marry me / If i get the nerve to say hello in this cafe” and looked into my eyes, i obviously became a total hypocrite and went all hell to the yes please.
In a parallel universe we got married. Just saying. 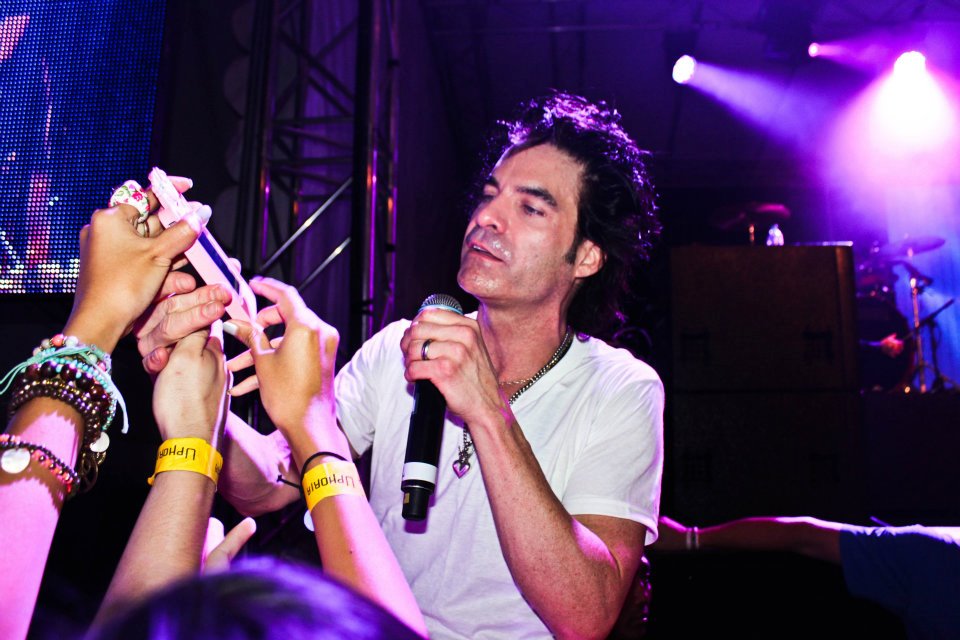 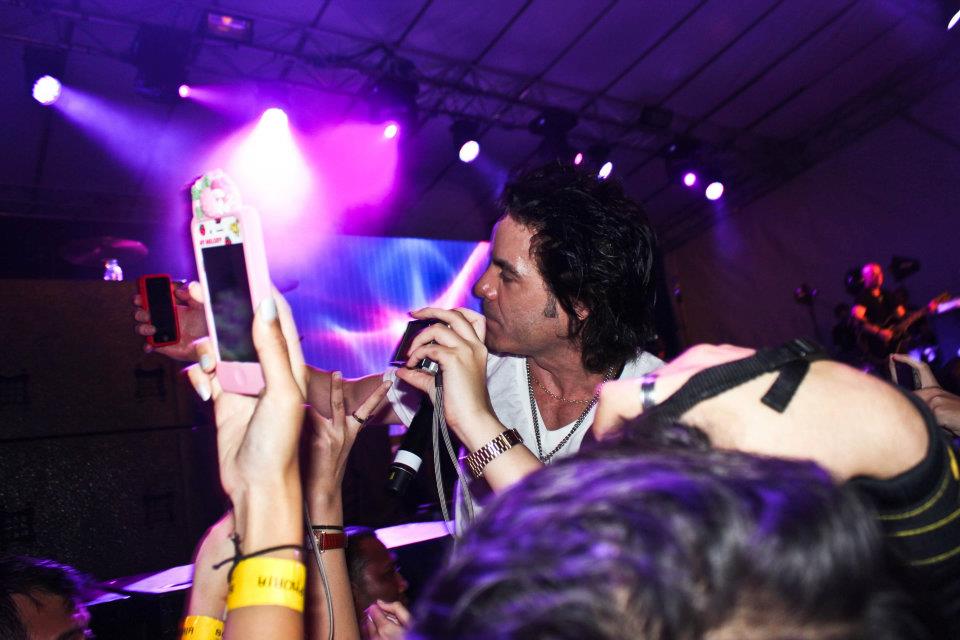 Halfway through the concert, Monahan started throwing stuff off stage and this got the bbf super excited because in his words, I’m a basketball player and catching stuff out of the air is my speciality!!!!

And i would have laughed at him, i really would, except
HE CAUGHT PAT MONAHAN’S HAT OUT OF THIN AIR AND PUT IT ON MY HEAD.

HE CAUGHT ME PAT MONAHAN’S HAT. 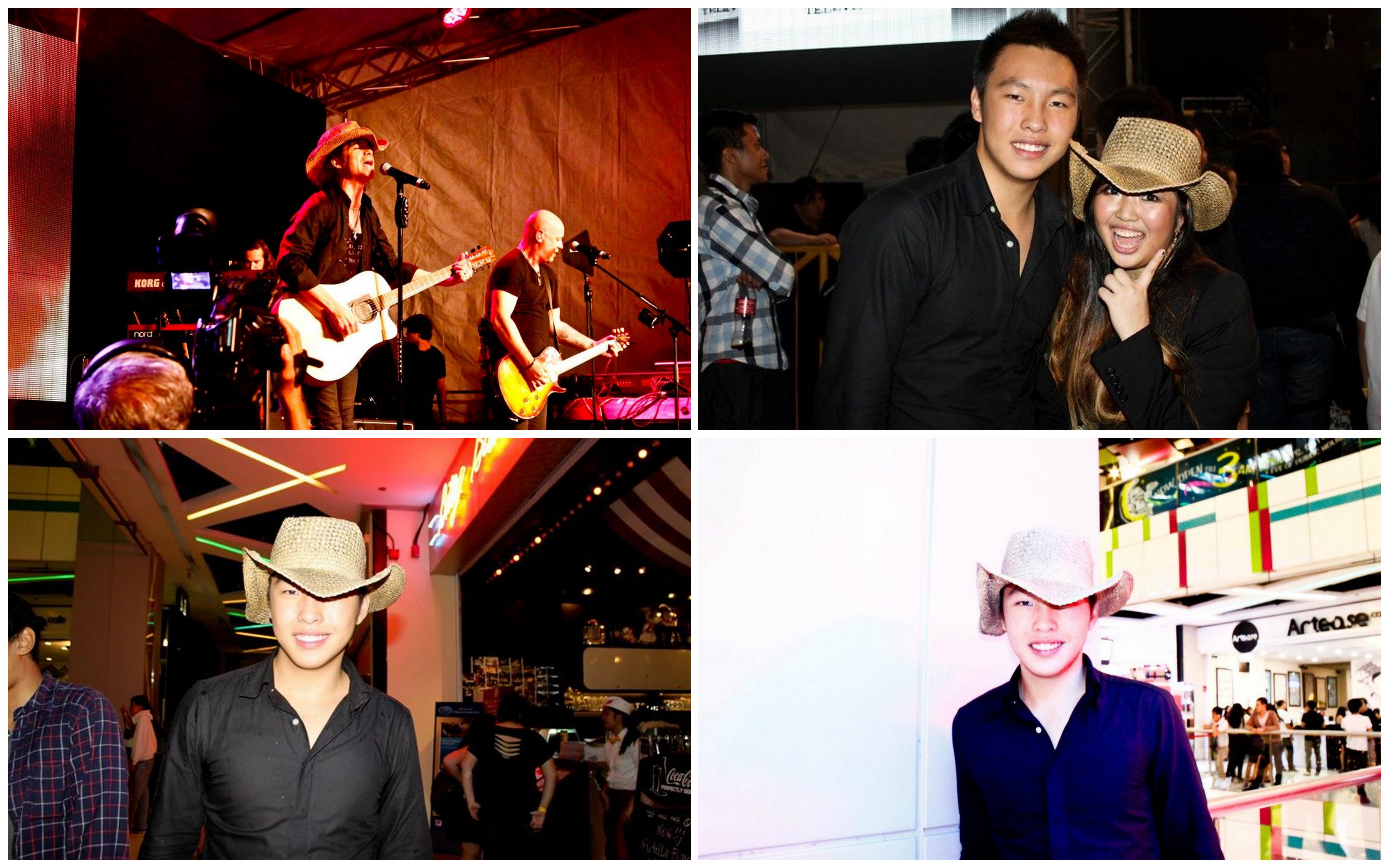 SEE THAT HAT ON PAT, TOP LEFT? YEAH ITS MINE NOW.

I have never been more appreciative of my best friend’s obsession with basketball till now. Suddenly all those NBA games with Celtics and Lakers and whatnots he made me sit through- JUSTIFIED. Will never complain again.

And in a random and completely unrelated aside, the hat smells like American Man. Obviously still living in my parallel universe, but thats not the point. 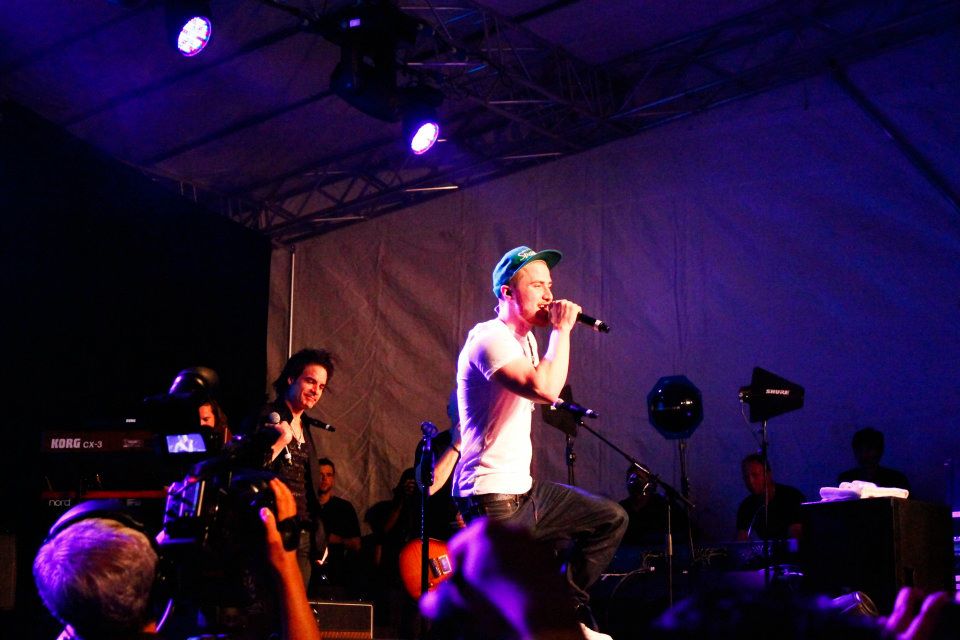 Posner came out again for a collaboration of Don’t Stop Believing with Train. 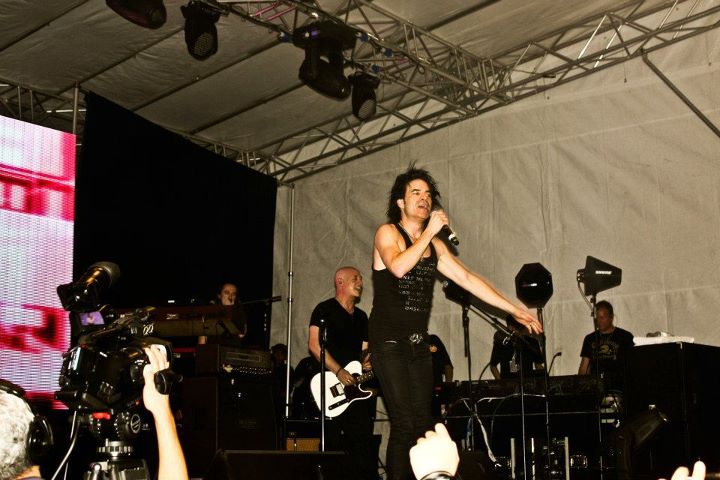 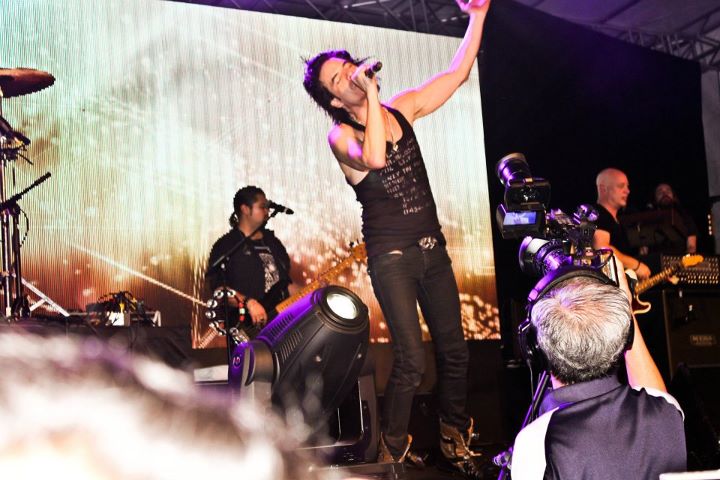 More shots of my parallel-universe husband.
Hey, it could happen. He proposed and all.

Video of Train’s If It’s Love 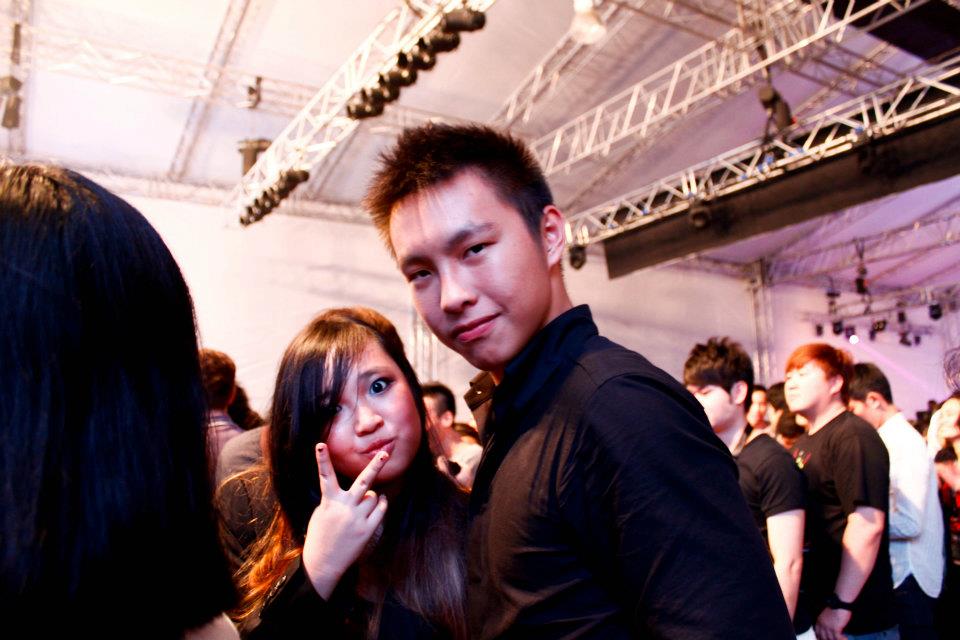 Obligatory insert: the best friend wants me to tell all of you how awesome he is. Recall: Rockstar Hat Catching.

You can see the rest of the photos here.

Today I came home and watched Wall-E and Parent Trap with my sisters. This is what HL2038 Introduction to American Literature has done to me, I watch Wall-E and here comes this strange robot romance scene and all i can think about is Donna Haraway’s A Cyborg Manifesto, which i read in preparation for my paper on Joyce Carol Oates’ EdickinsonRepliLuxe. I bullshit you not.

Forever scarred. Will be henceforth unable to look upon any robot without thinking of freaky human-robot relationships.

All in all, getting proposed to and indulging in Disney, its been a pretty good weekend.

Once again, thank you Sony!