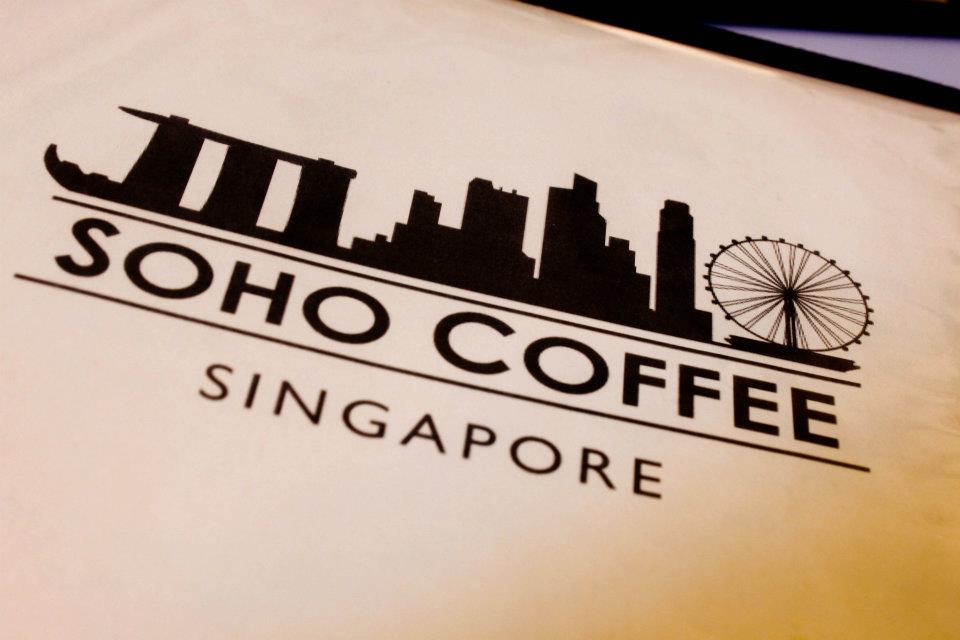 So it looks like my endless raving about my coffee addiction actually did something for me- was invited down to SoHo Coffee Singapore today for a tasting session! They’re an artisan cafe just down the road from Peek! for all you analogue photo buffs (worked out well for me because i bumped into Robyn and the CaKe studio guys and had a moment to catch up with them too)

Nearest MRT is Raffles, and it’s pretty near SMU too so I’m guessing the quaint concept and free wifi will be drawing plenty of college students and film photography buffs.

Although posited as an indie cafe, they’ve already been featured in the news! They specialize in coffee (obviously) and actually prepare and roast their coffee beans personally- was particularly fascinated by their coffee bar: 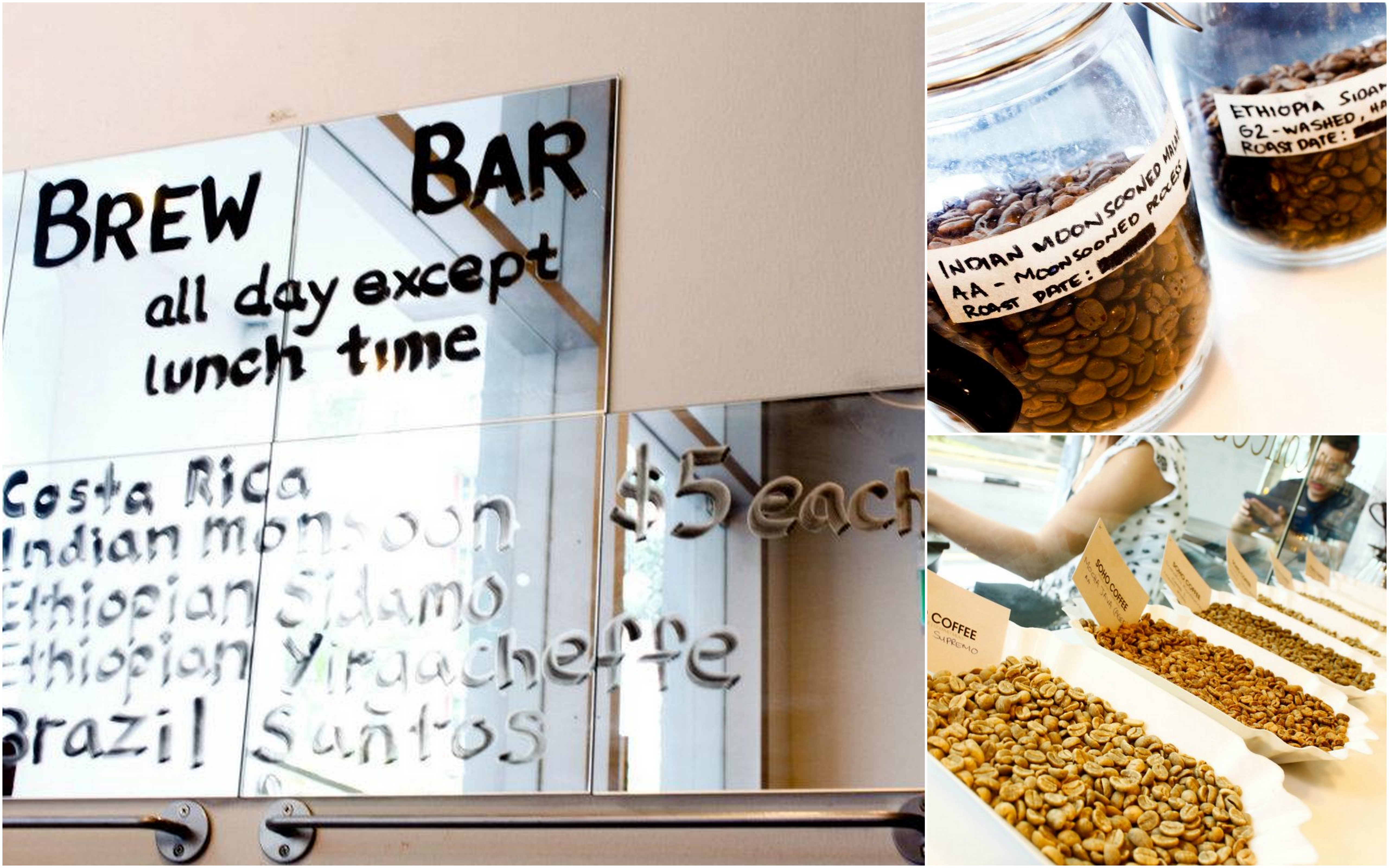 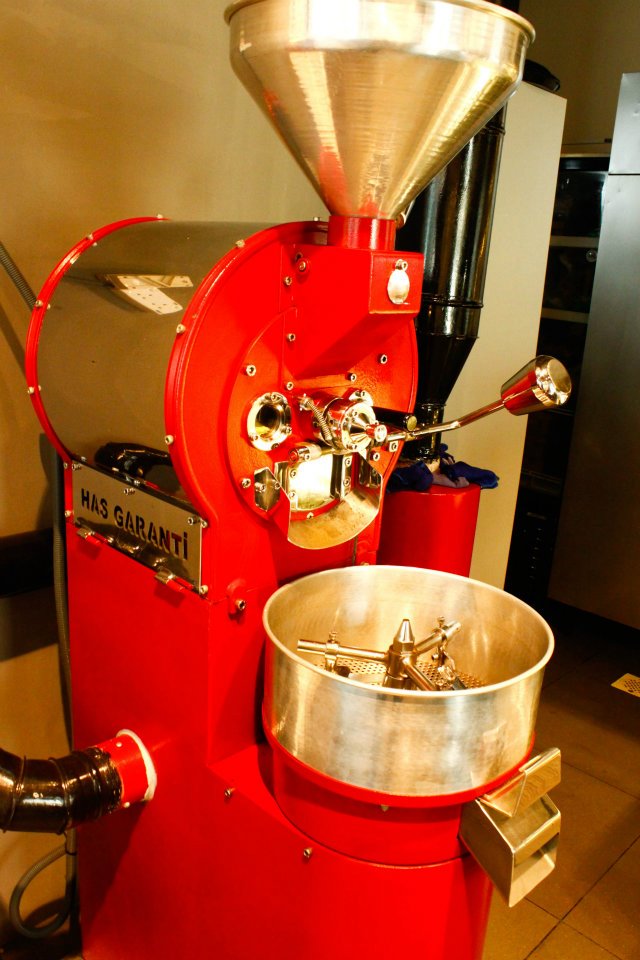 pick your beans and let them craft a personalized beverage for you!

The real cinch though, was their latte art. My experience with latte art starts and ends with the leaf design on McCafe Cappuccinos, so when they told me to randomly pick a design, i was like mmmmmmmmmmmm really lemme be annoying and stuff lets see how about a cat 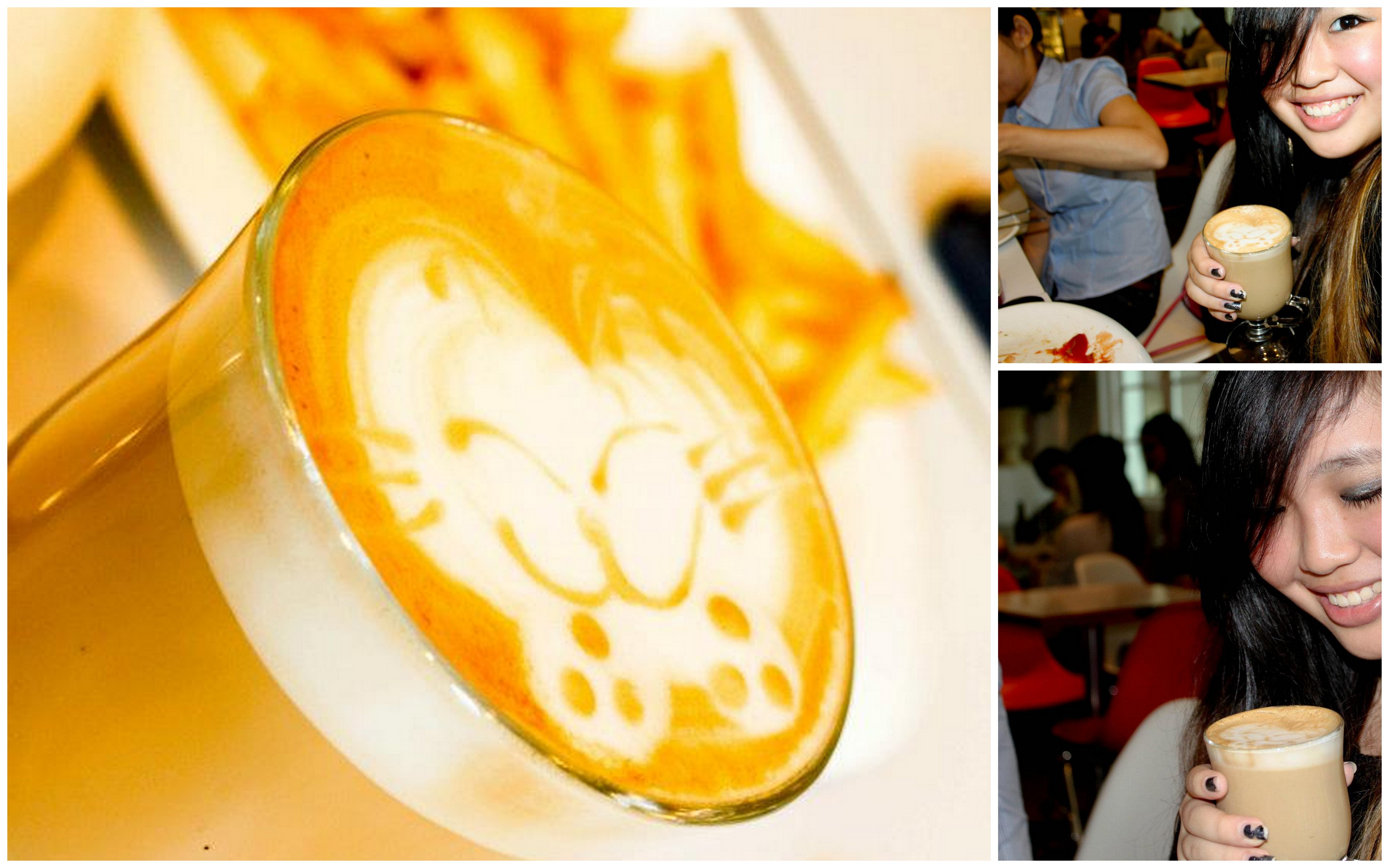 words cannot express my shock. how does someone even do this?!

they made me a cat. on my latte. Now I’m thinking maybe i should have asked for hello kitty or optimus prime or something.

Georgia (she and Marc from the PR department were the ones who invited me down) looking troubled because her dog design turned out looking like a bear. LOL. It still looks like a puppy to me though.. 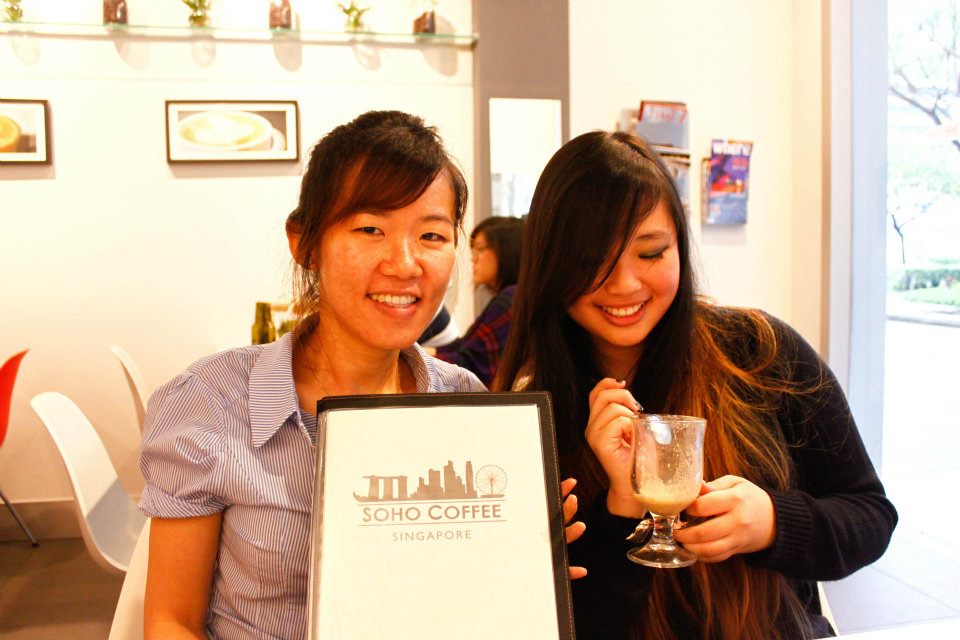 With my finished coffee and a satisfied meow. Oh by the way, i was so distracted by the cat that i forgot to mention the actual coffee: i had a creme brûlée hot latte and it was delicious. Georgia’s was a caramel latte which was nice as well- not too sweet- though I’m not that much of a caramel fan.

Jessica (the wedding planner) and Shirley (auditor) weren’t really coffee people but even they enjoyed it! I don’t know of anywhere else in singapore that does latte art- was suitably impressed by the cat. i think i have said this several times so, moving on. 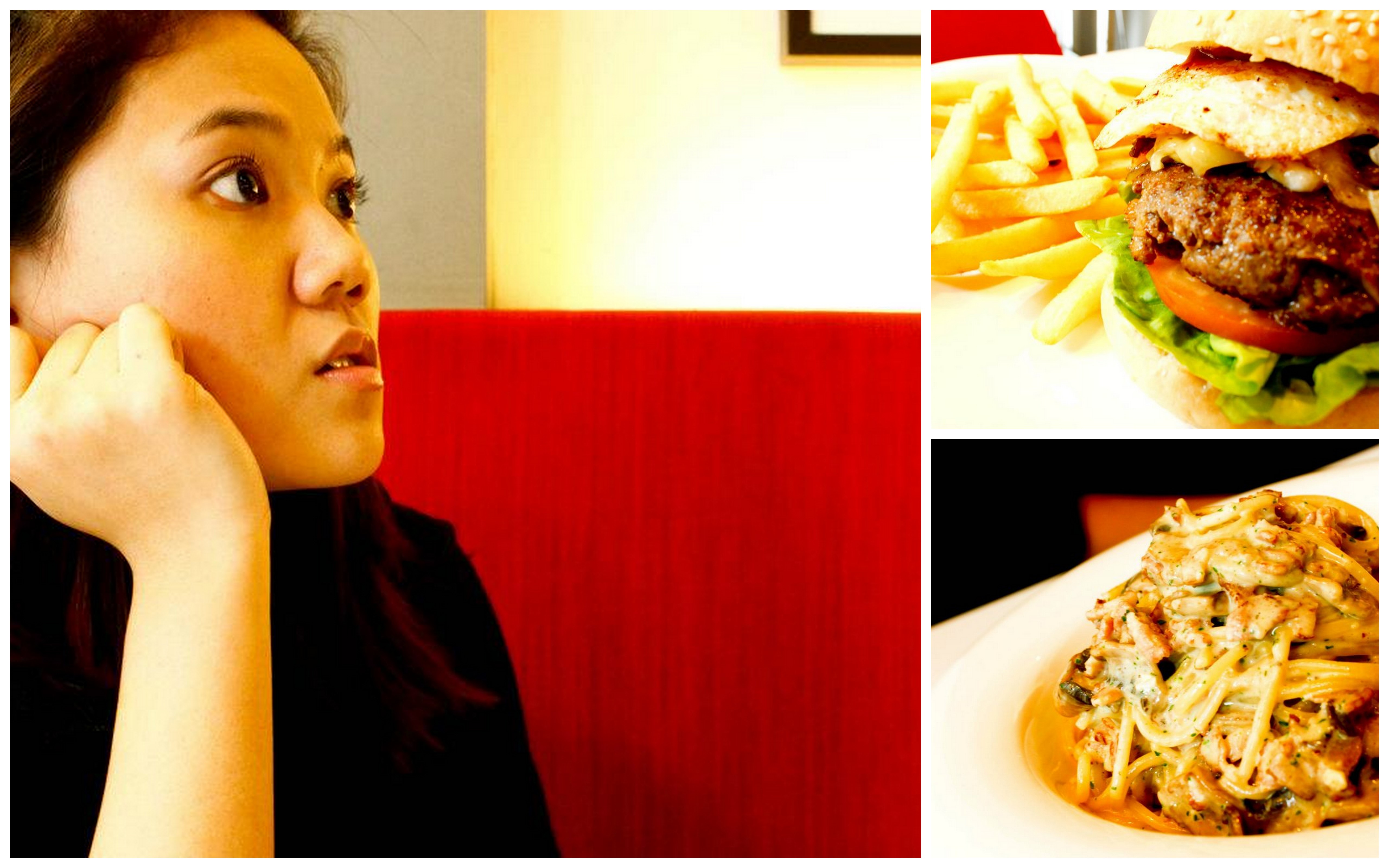 Besides being a coffee cafe, they also serve meals! Their breakfast menu looked sumptuous but unfortunately 3pm was not breakfast hour and i need to remind myself that not everyone subscribes to the same FIRST MEAL OF THE DAY = BREAKFAST theory as i do, so we had a really yummy lunch instead!

oh yeah they also have smoked salmon salad on the menu which made me want to weep with joy except they were out of stock- their salads are really popular. Oh well. Not joy then.

after our meal, the chef brought out samples of the new items they’re launching soon: 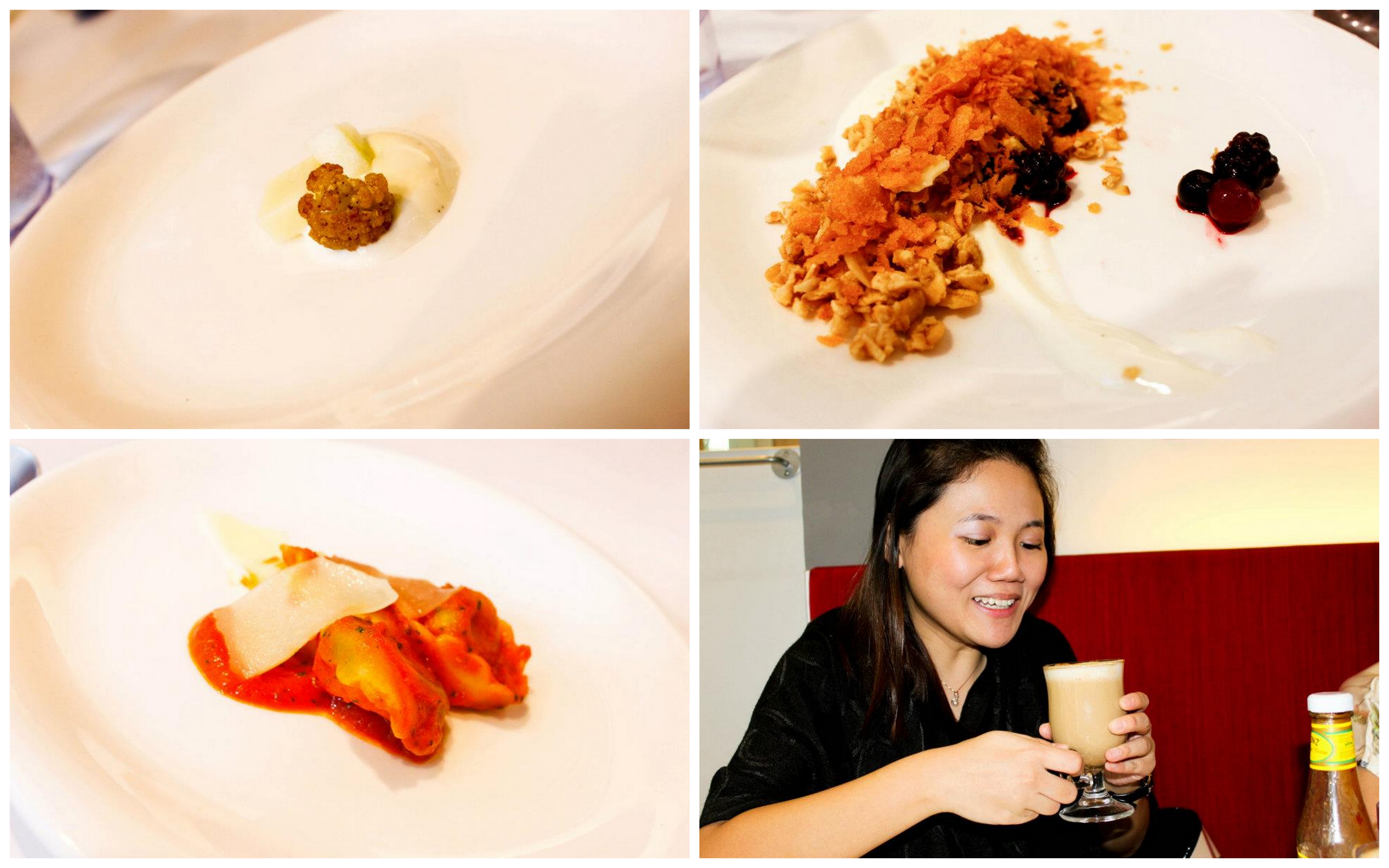 3. (top right) going on the breakfast menu- vanilla yoghurt and cheese, honey nut almond granola with summer berries topped with feuilletine.
going to have to figure out how to make this on hall.

these items are hitting the menus either late next week or early the next, so if i’ve whetted your appetite, you know when to go down! 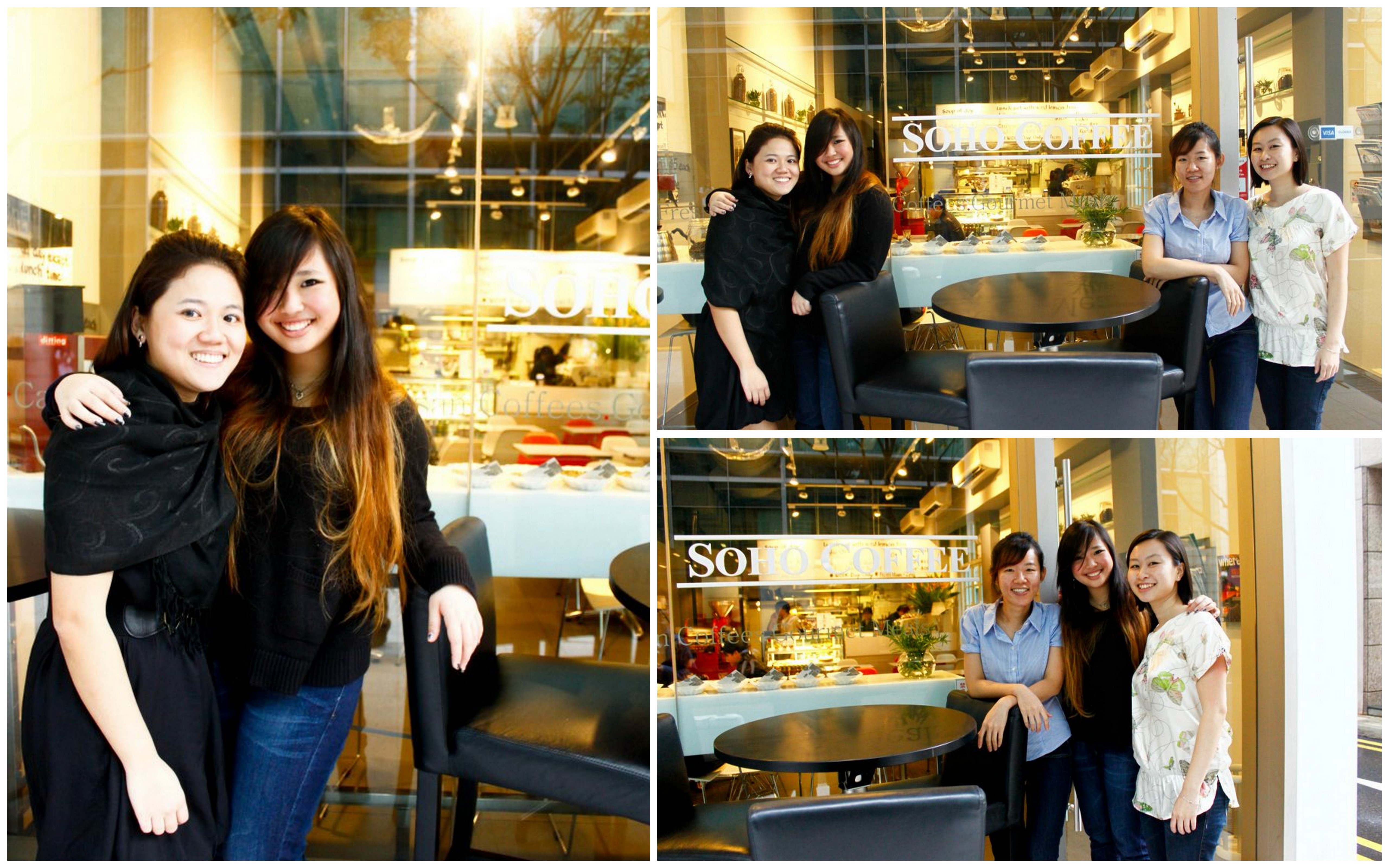 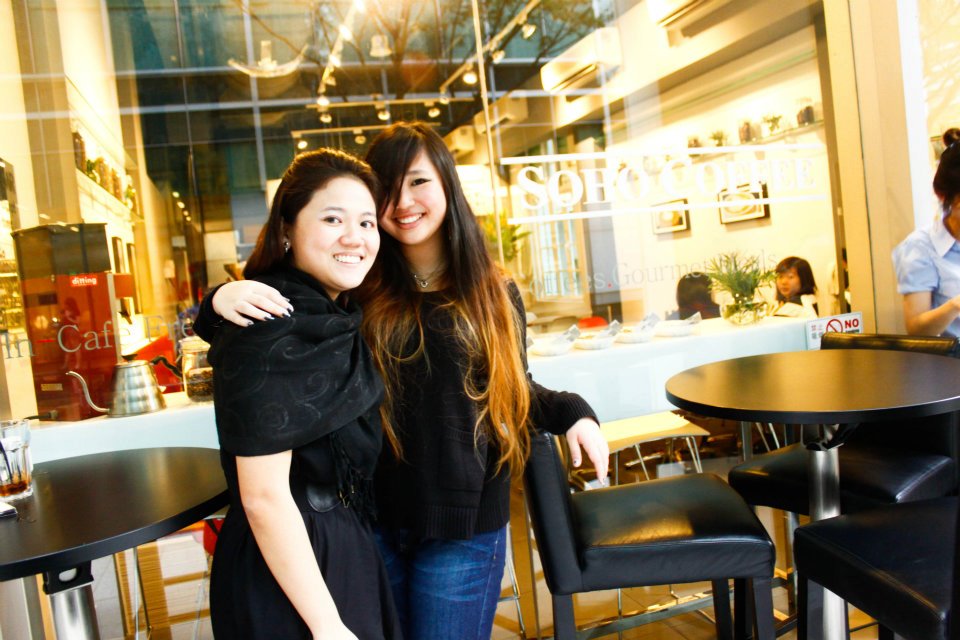 SoHo Coffee is also one of the cafes to team up for the Disloyalty Card– other cafes in this ring include Forty Hands, Jewel Coffee, Jimmy Monkey Cafe and Bar, Loysel’s Toy, Oriole Espresso and Brew Bar and so on. One of the more novel marketing ideas of the scene which is essentially a coffee discovery trail based on the concept of Disloyalty- read more about it here: SgEntrepreneurs. 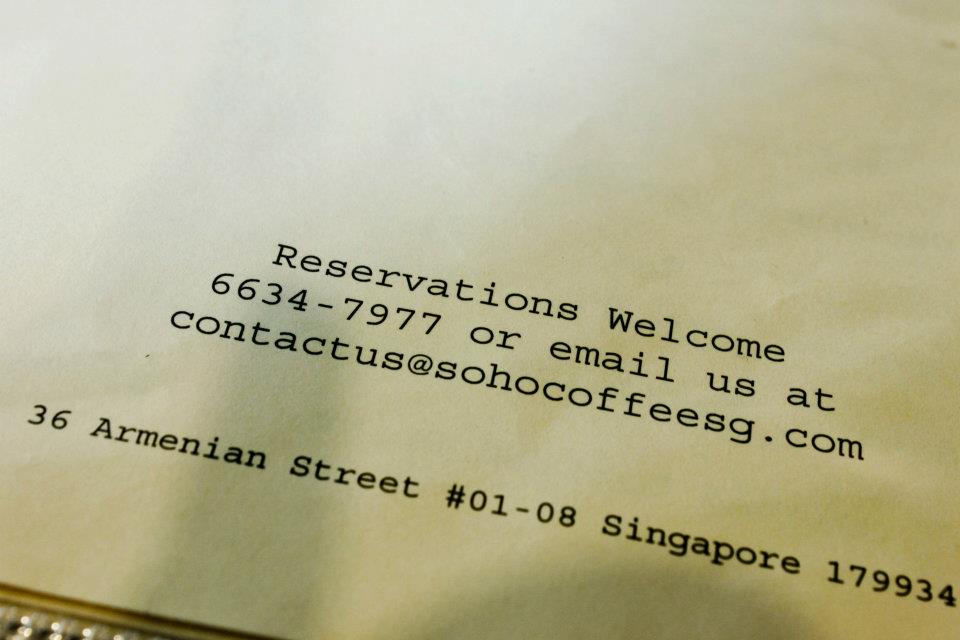 View the rest of the photos here

Also, if you’ve noticed, (points to the right) my sidebar now features SoHo Coffee as a sponsor because they’re contributing to sponsoring/fueling my infinite coffee addiction hee hee hee. I say *contributing* because there is no feasible way i can travel down to Raffles from NTU everyday, but if i could, trust me…

Had a lovely afternoon soaked in the deliciously intoxicating heady mix of freshly brewed coffee and artistic crafting talent- thank you SoHo Coffee!