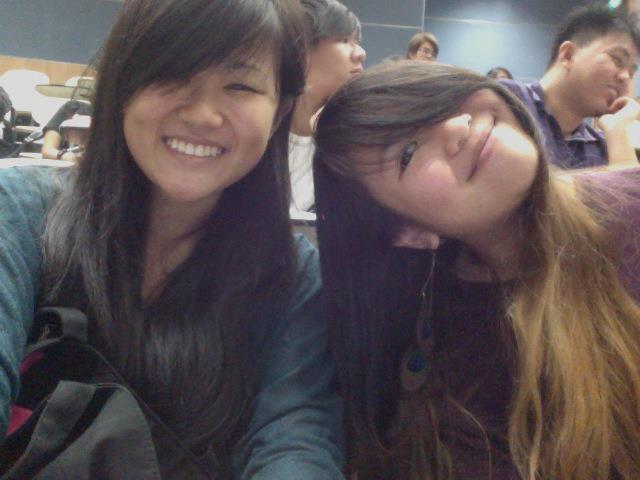 Two mornings ago after an entire night of literature found me poking away zombielike at the stove and giving the dude who came in for some hot water at 630am quite a shock. In other news, i’ve found myself a substitute for KFC’s breakfast wraps! (not that i’ve had those for almost six months come to think of it.) 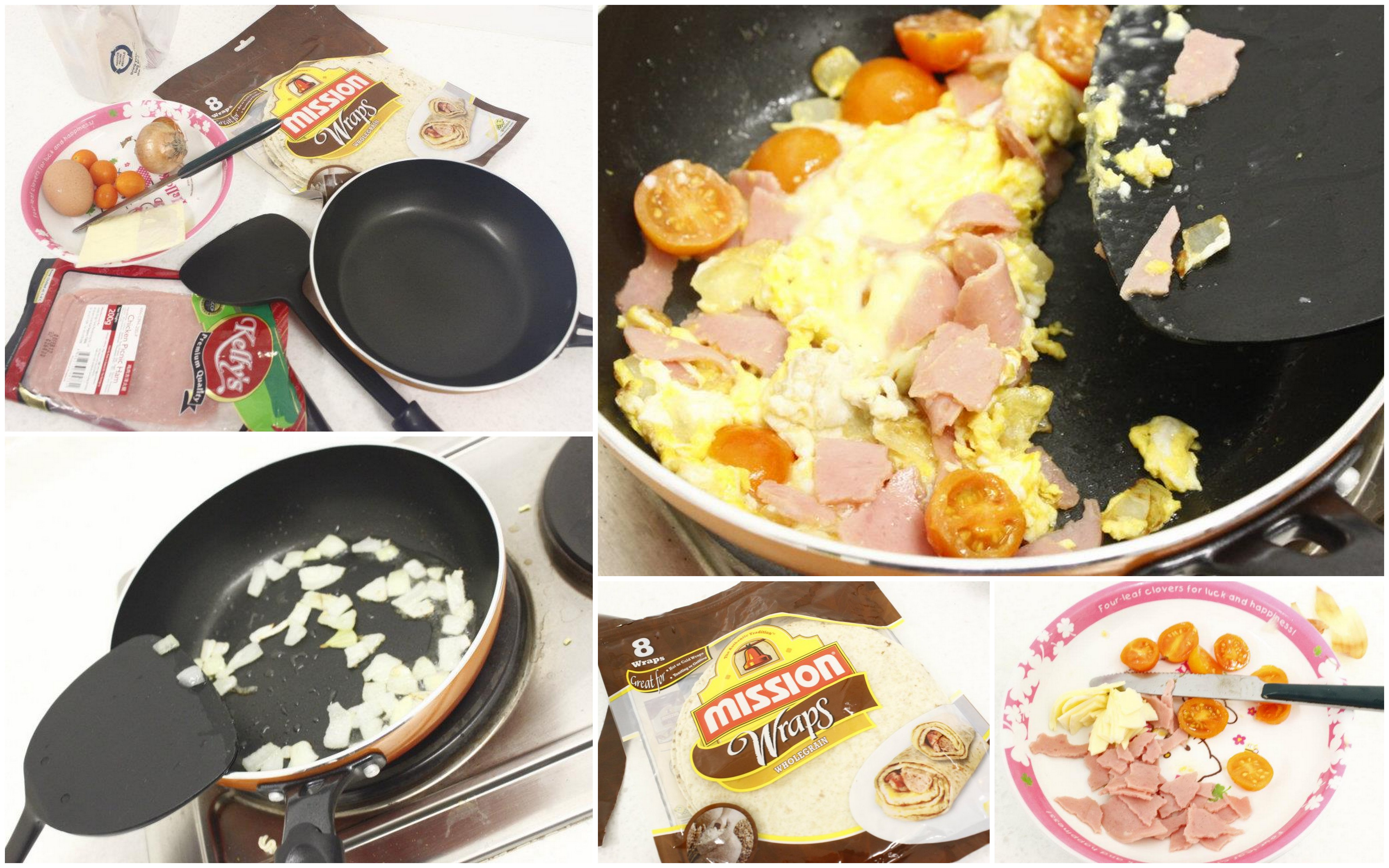 I don’t really know what kind of step by step instructions are needed for this, and also i don’t want to receive angry emails inquiring after my opinion of my readers’ intelligence, so basically congealed into four giant steps:

1. leave your cooking oil to heat up and then throw in the diced onions, fry till translucent

2. cut up everything and throw it in after cracking an egg onto the frying pan, STIR AND SCRAMBLE THE CRAP OUT OF IT.

3. heat up your wrap in the microwave for one minute (seriously just one ok) and then flip everything in your pan over onto the wrap.

would be nicer with lettuce but i ran out of it after the mac and cheese i made last week. 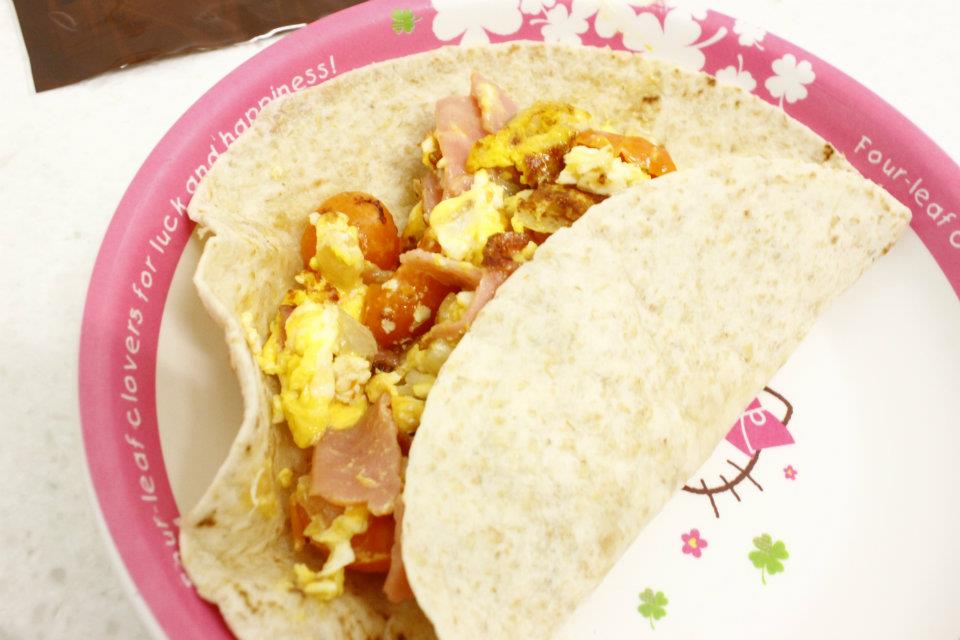 ok, enjoy! I have also come up with a way to DIY pepper-freakin-mint mocha lattes in the comfort of my hall room but it needs a little refinement. A pretty lovely substitute for my daily starbucks fix, decided to try being a little self reliant re: coffee when i walked into starbucks today and the barista went hey! skinny toffee nut latte to go?

childhood religious-like devotion to the Alex Rider series has gotten me convinced that ROUTINE IS THE ONE THING THAT WILL KILL YOU so.. yeah. if you see a girl with ridiculously long hair sitting in starbucks@NTU at 9pm-2am, ITS NOT ME. mehehe.

also this is really fantastic and it made me cry

credits: zhong hao for showing it to me.

have a lovely weekend, all.