Currently listening to:Every night my teeth are falling out by The Antlers
Status:falling asleep every time i sit down. furreal. 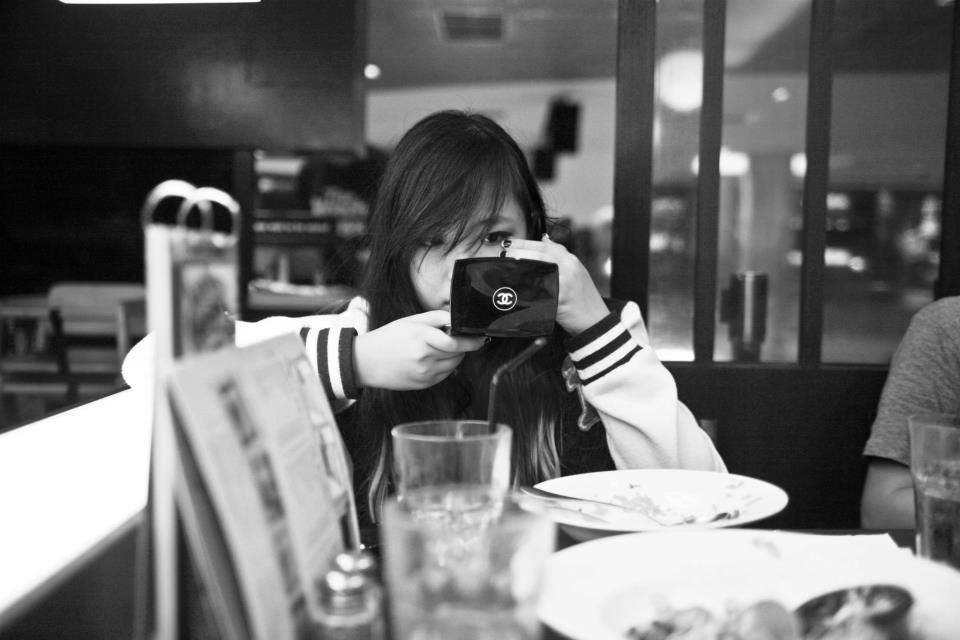 “we are for each other: then
laugh, leaning back in my arms
for life’s not a paragraph
and death i think is no parenthesis”
― E.E. Cummings

Recess week is over, and my grand plan of shouting SCHOOL’S OUT! dramatically to everyone i ran into never materialized, but besides that i’ve had such a good week.

Most days were spent curled around some literary form or other, or quietly tapping away at the Unicorn, before busing out of campus to meet friends/attend events/GO GROCERY SHOPPING. I didn’t keep regular hours, but then again that’s one of my favorite parts about recess week, not being chained to a regular timetable and being able to function in a sort of surreal happy haze without glancing at the time often.

met the pgc/gbc for lunch at Fika (its halal! so racially friendly!!!) + Su and I had a sort of surprise birthday celebration 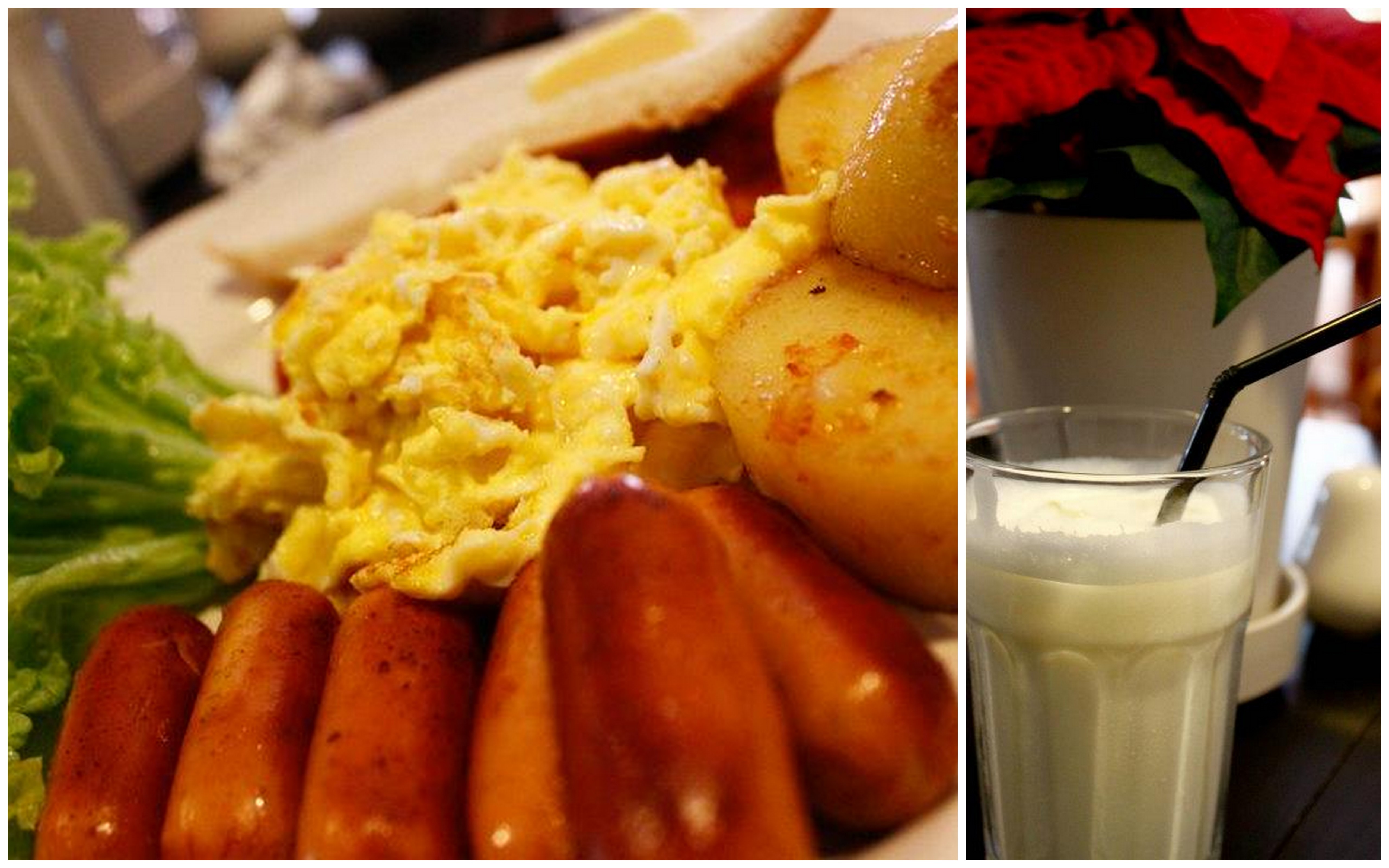 ok i say lunch, but i had breakfast. It was past breakfast hour but Clement canoodled with the waiter and managed to get me my breakfast set heehee THANKS CLEMENT ^^ been craving for a decent proper breakfasty breakfast the entire week, i usually just get coffee and run to whatever I’m late for. 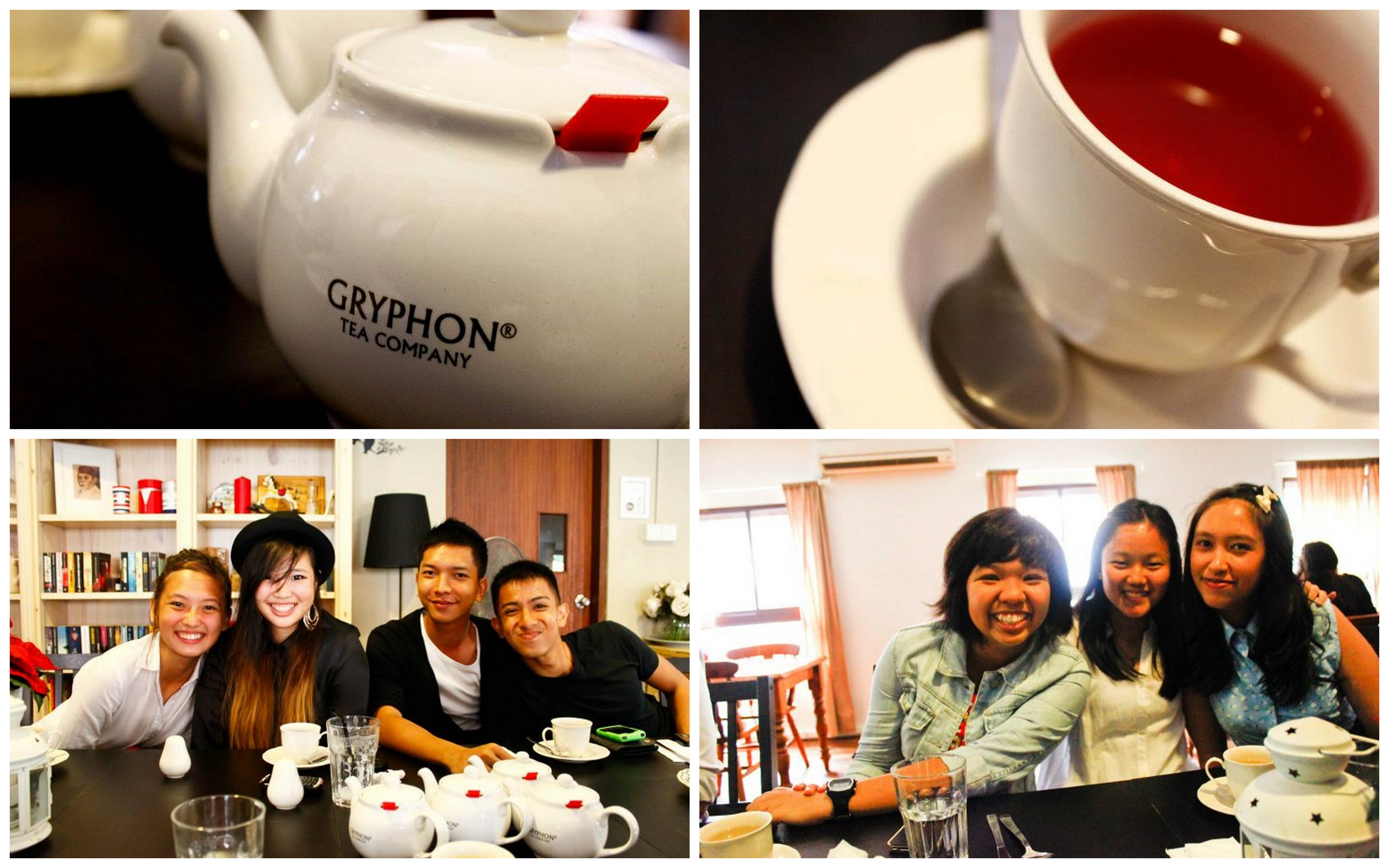 i haven’t seen them for nearly a month (for the gbc, longer cos they’re in army) but they all seem to get better and better looking every time i see them! the only thing that has changed about me is my hair color and an increasing resemblance to fish balls. le sigh. 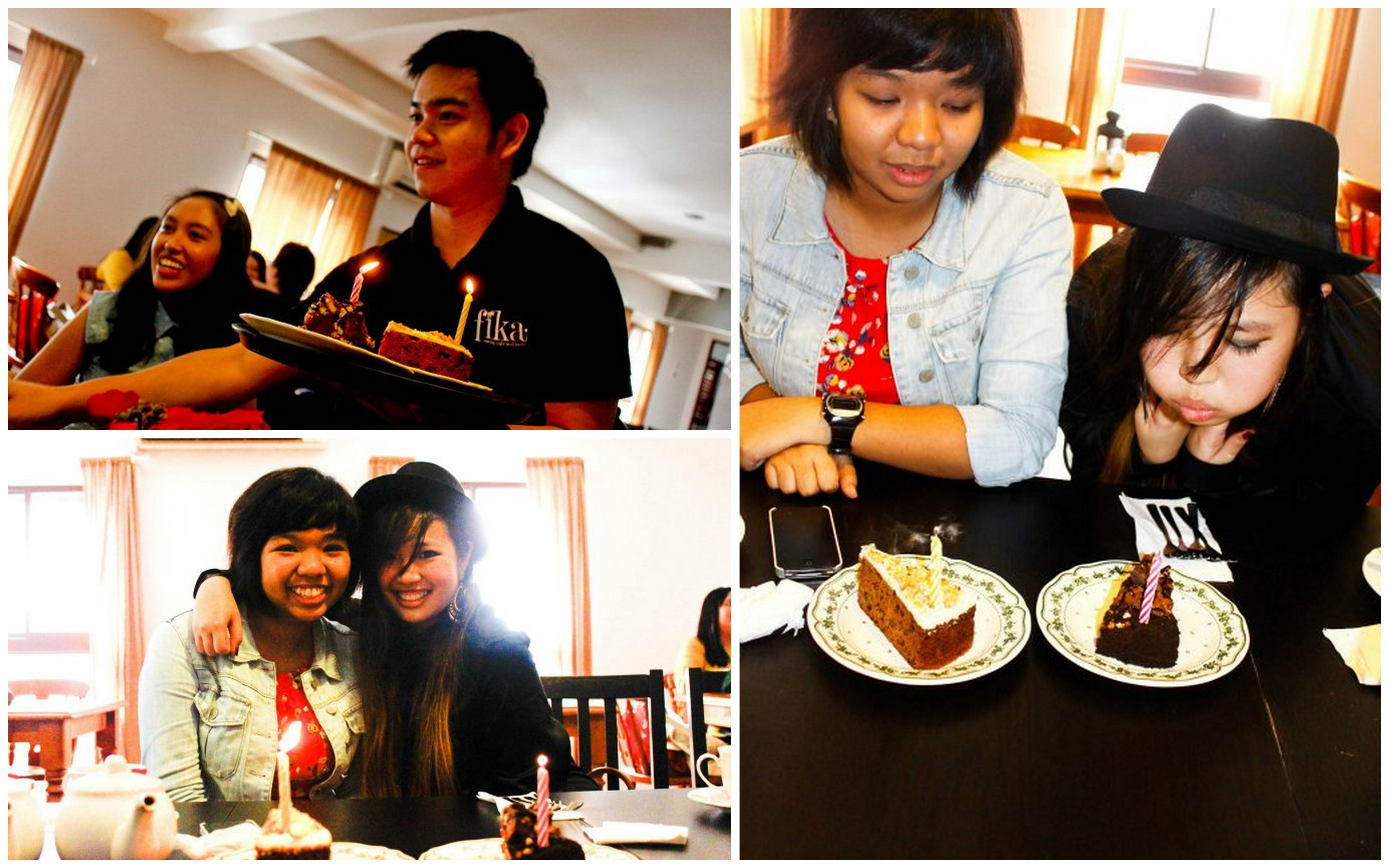 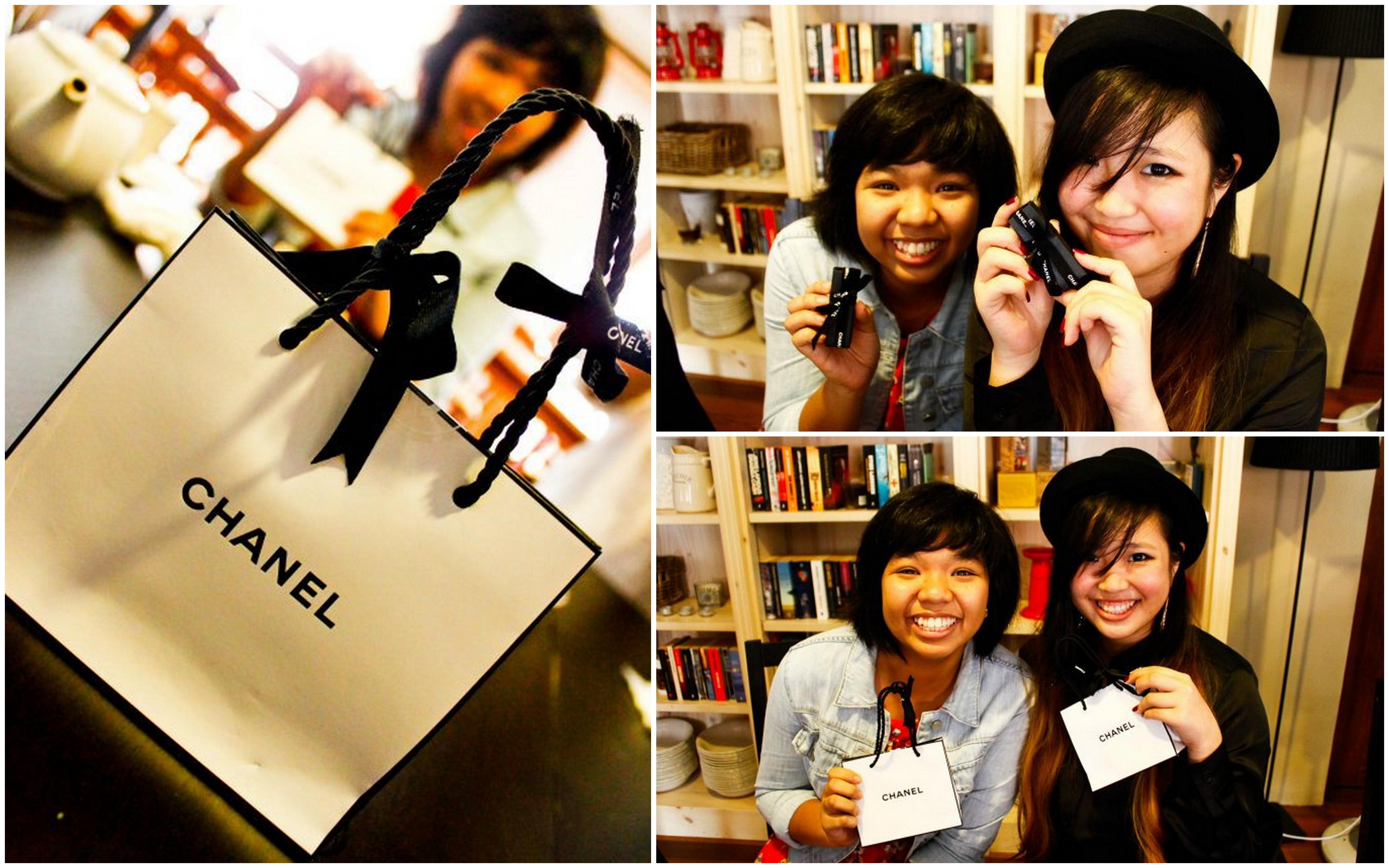 EEK.
okay i was really surprised even though syaf sort of accidentally sent me a “hey we’re gonna have a birthday lunch for su and jem” message a week beforehand because i thought that we were just going to have lunch but noooo now we had CAKE and CHANEL how about that! Whenever i get excited my voice shoots up about three hundred octaves and trust me, i was squeaking by then hahahah 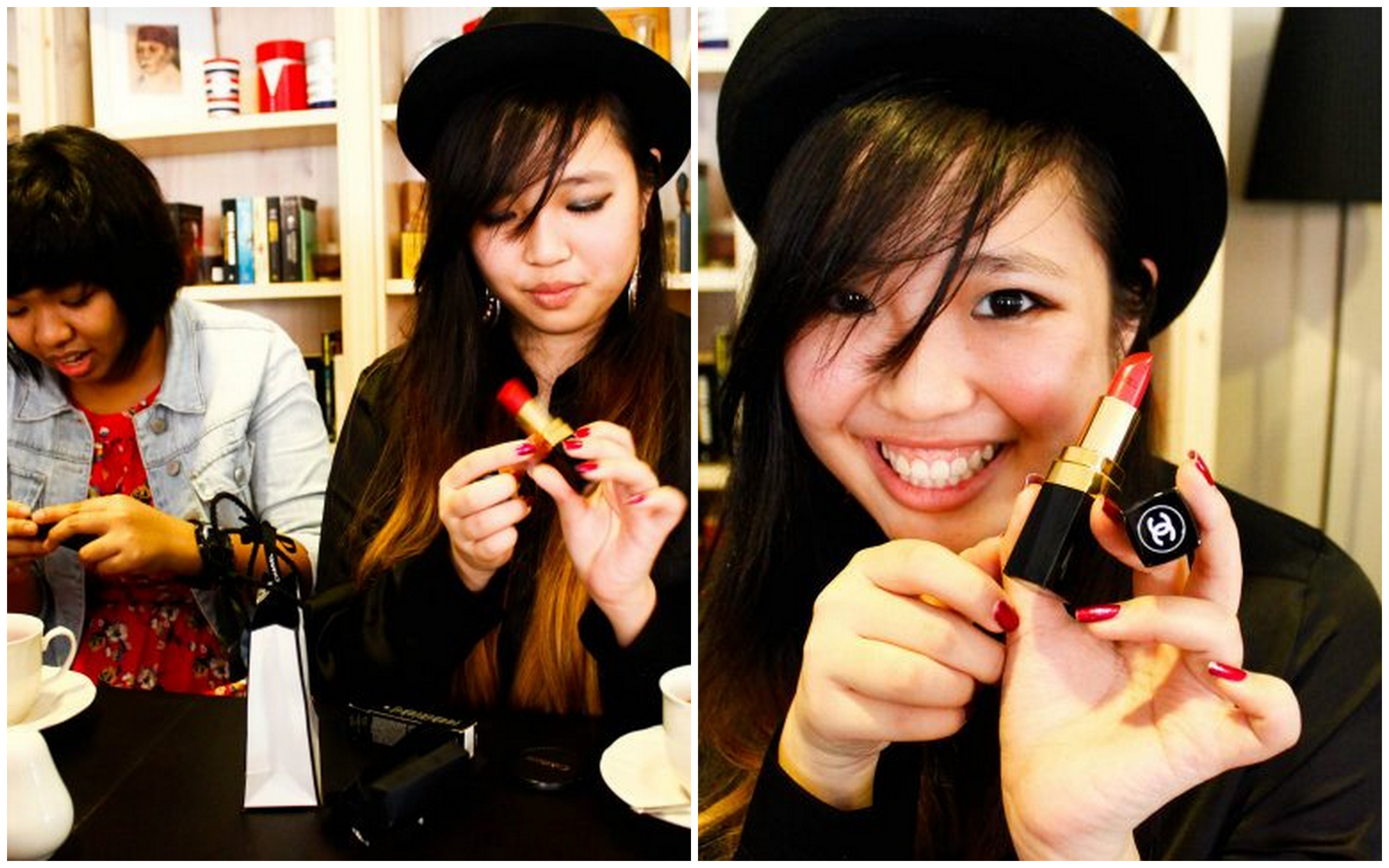 their “coming of age” present despite all my talk that nineteen was annoyingly ambiguous, nothing special because it was sort of a limbo age. Still, thanks so much you guys omg i was really happy especially since i was all bummed about losing my Chanel phone case last month (first ever Chanel purchase ok heart pain) 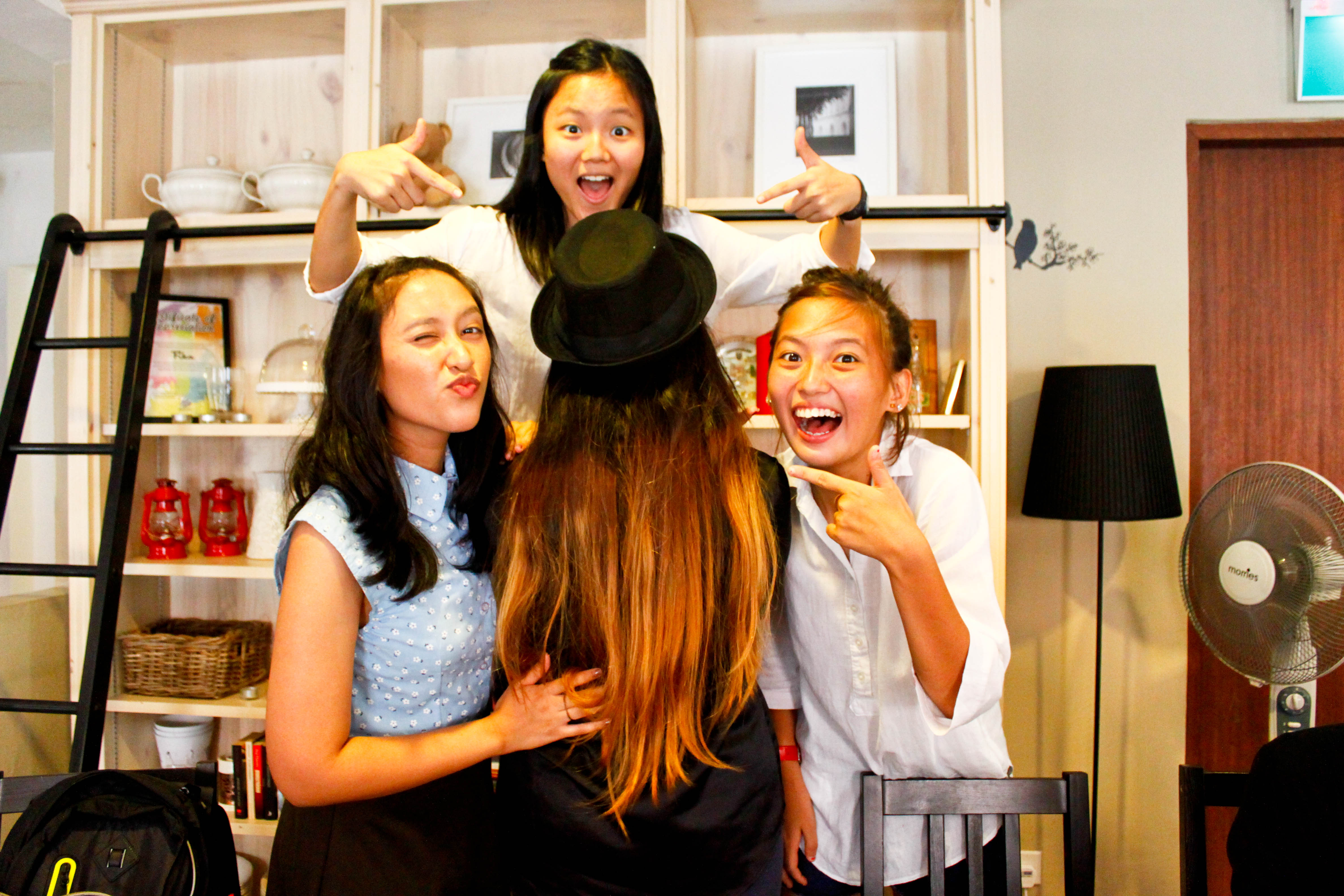 these friends, we say “pgc groupshot” and all they’re interested in is taking a photo with my back view because apparently i look like lykke.li from the back. 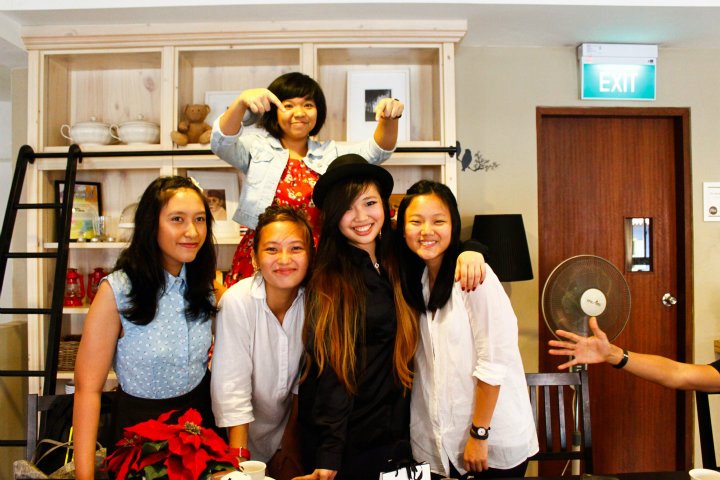 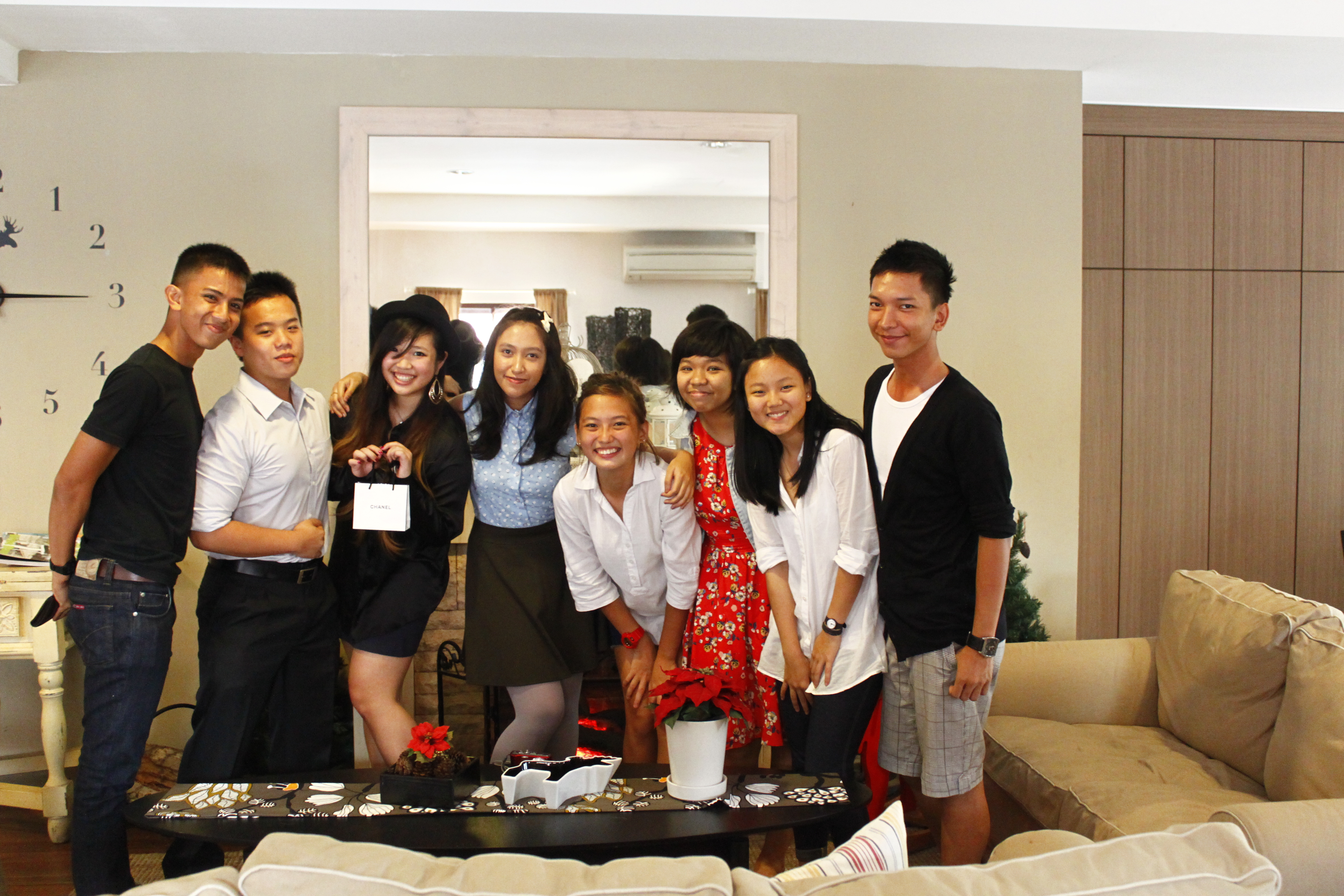 PGC+GBC minus ranice tan who is perpetually MIA we have this theory that she lives in narnia.

And last thursday, i had lunch with some of the litkids in this japanese restaurant at ION’s basement, Ginza Bairin. 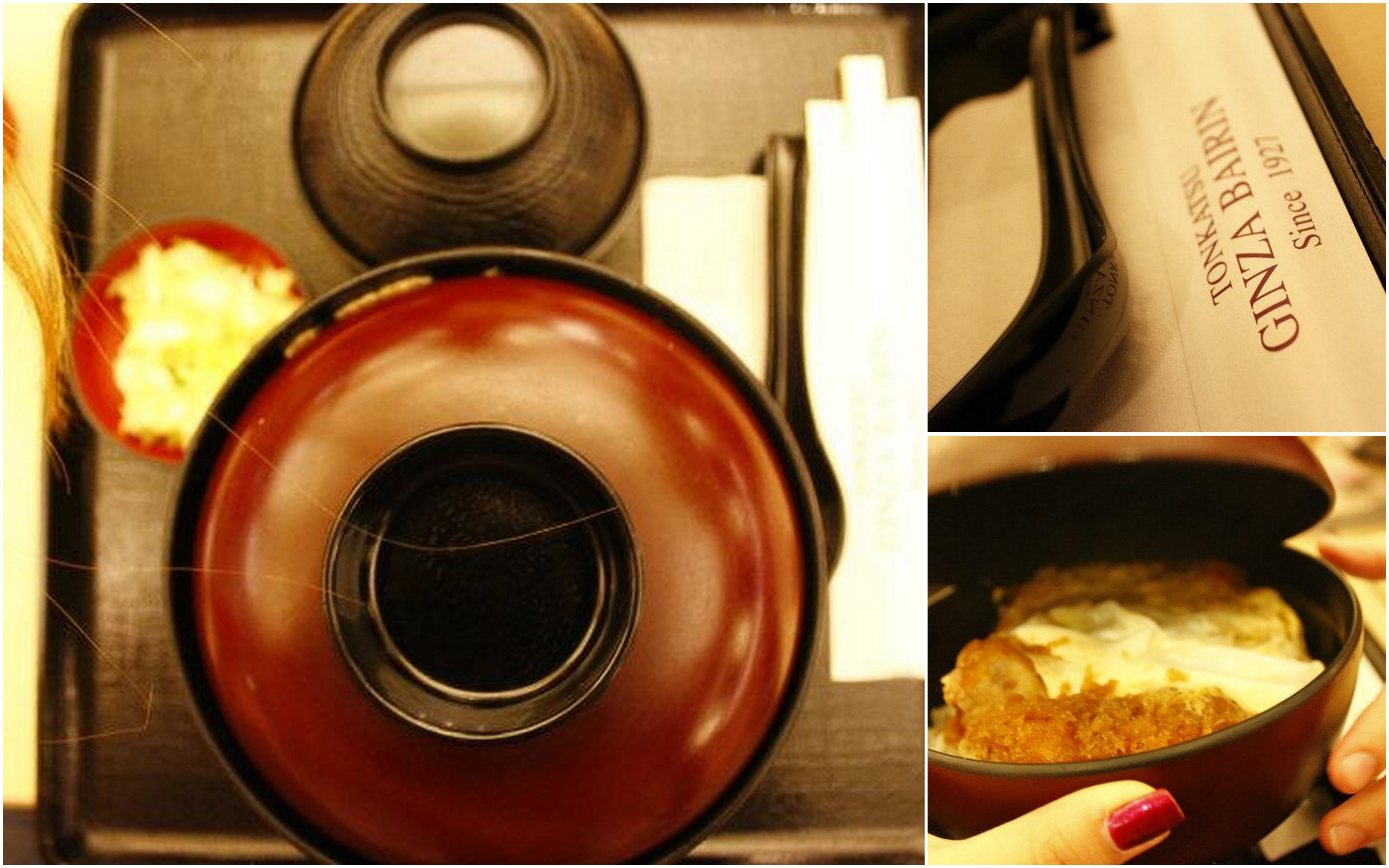 Food was not bad, they have this student meal thingy going for nine ninety, drink and food yum! Cindy said the curry set was delish but given my low (read: zero) tolerance for spiciness, i had the katsu chicken don set. Or was it Chicken katsu don. I always get the order mixed up. 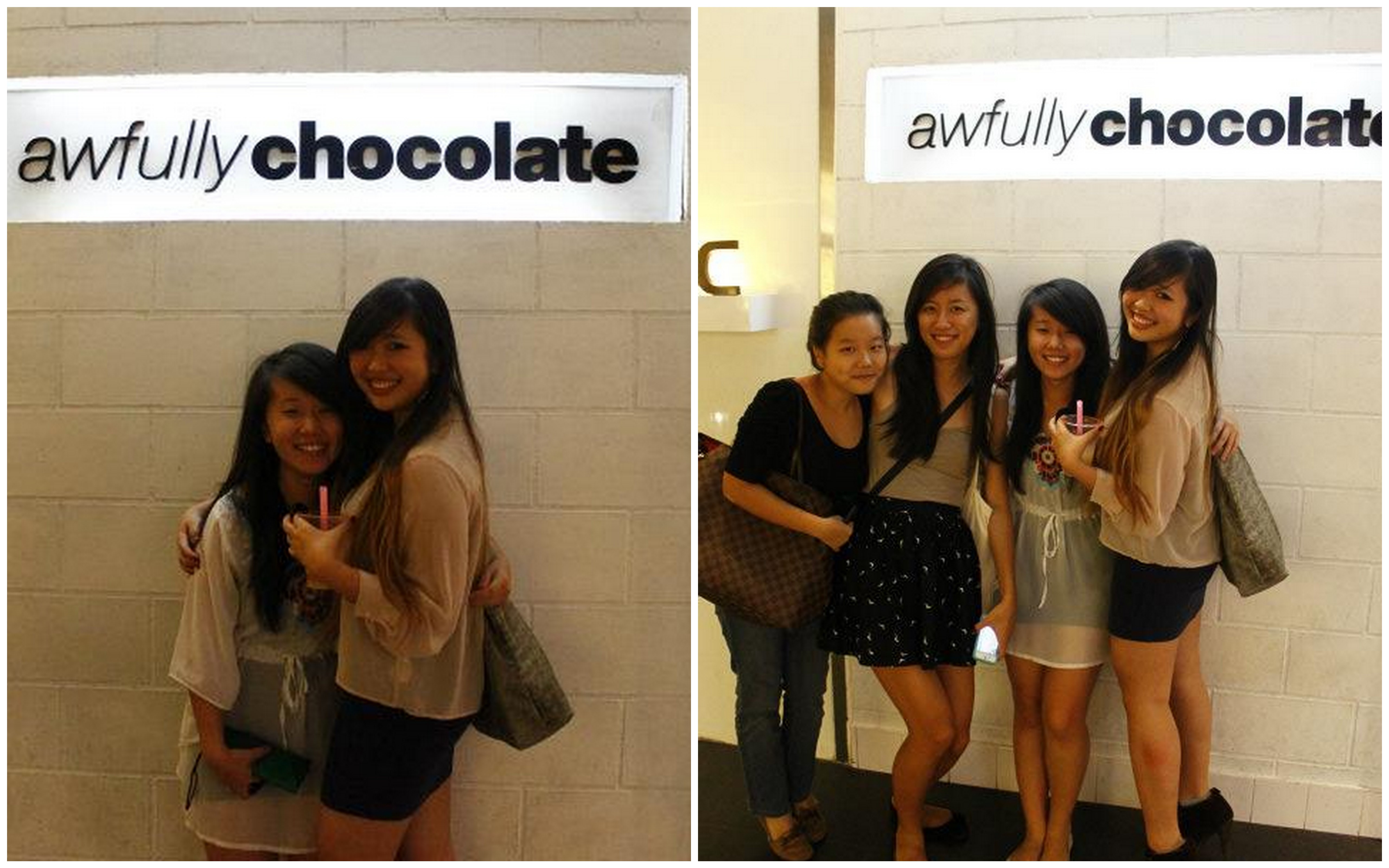 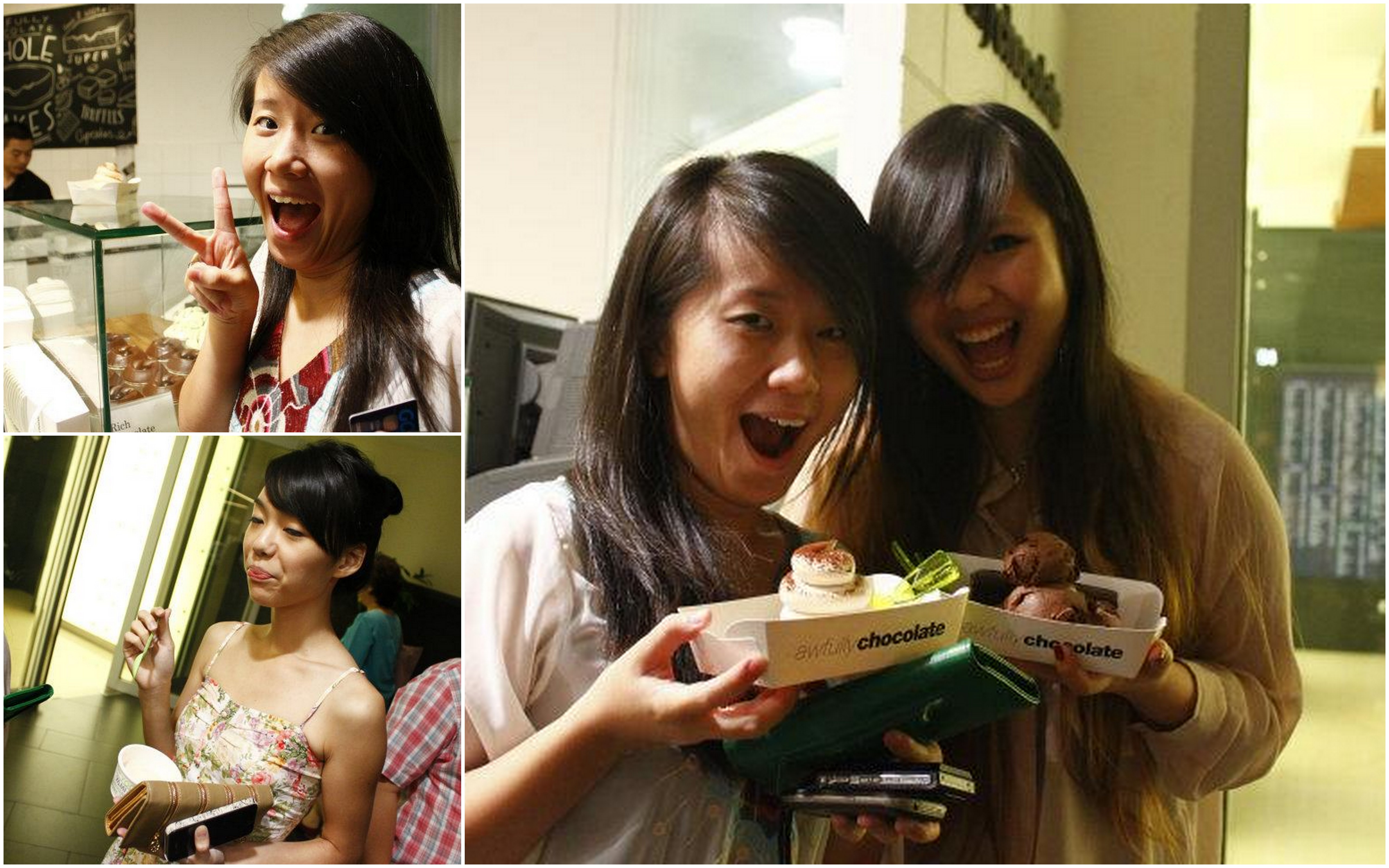 hee hee hee awfully chocolate! you can see andrea’s disapproving face in the bottom left. she does not like chocolate. I was convinced this was some sort of psychological mistake given how chocolates = endorphins = happy = NOT POSSIBLE TO NOT LIKE BEING HAPPY and tried to talk her out of her dislike for chocolate for about half an hour but it didn’t work. 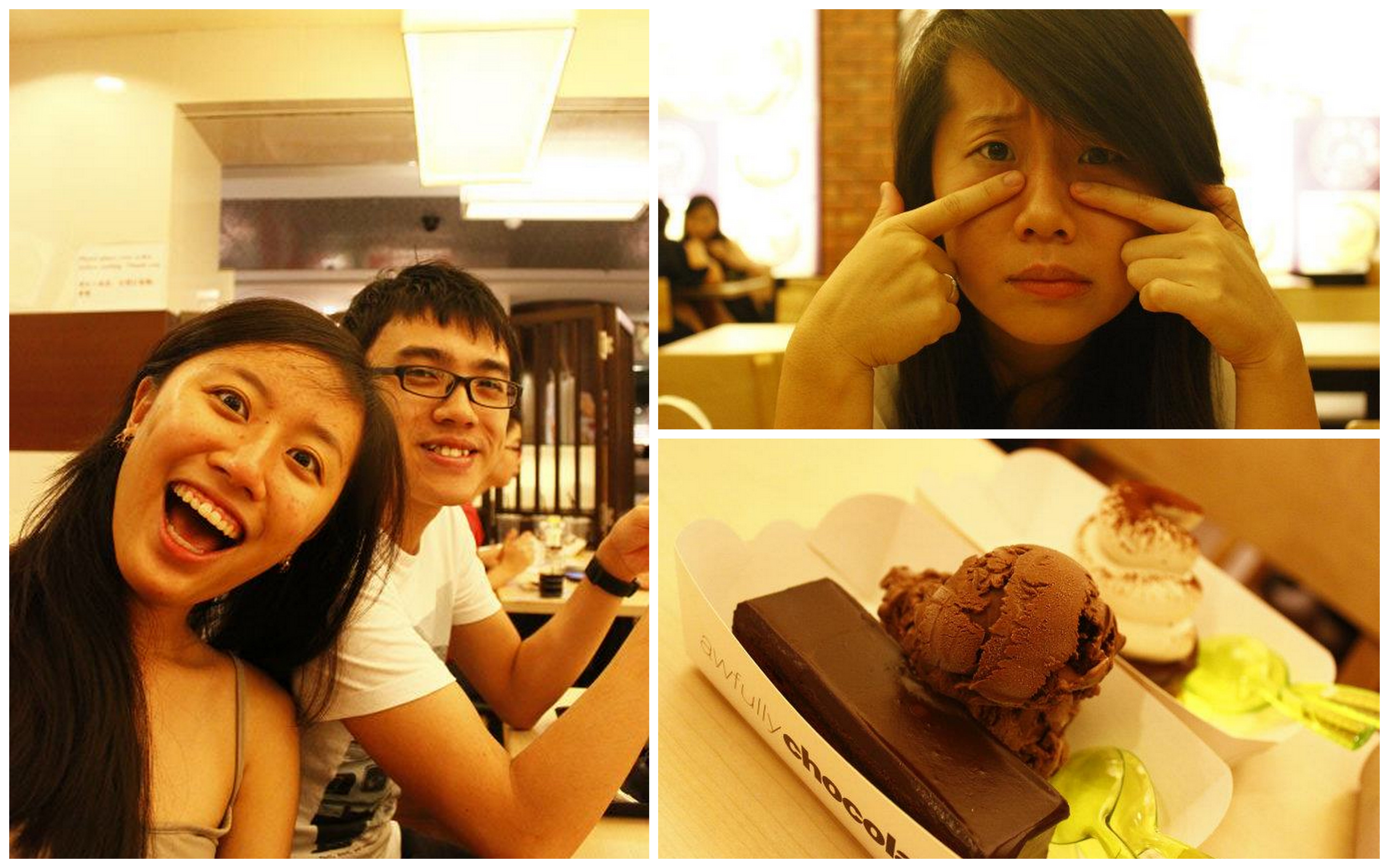 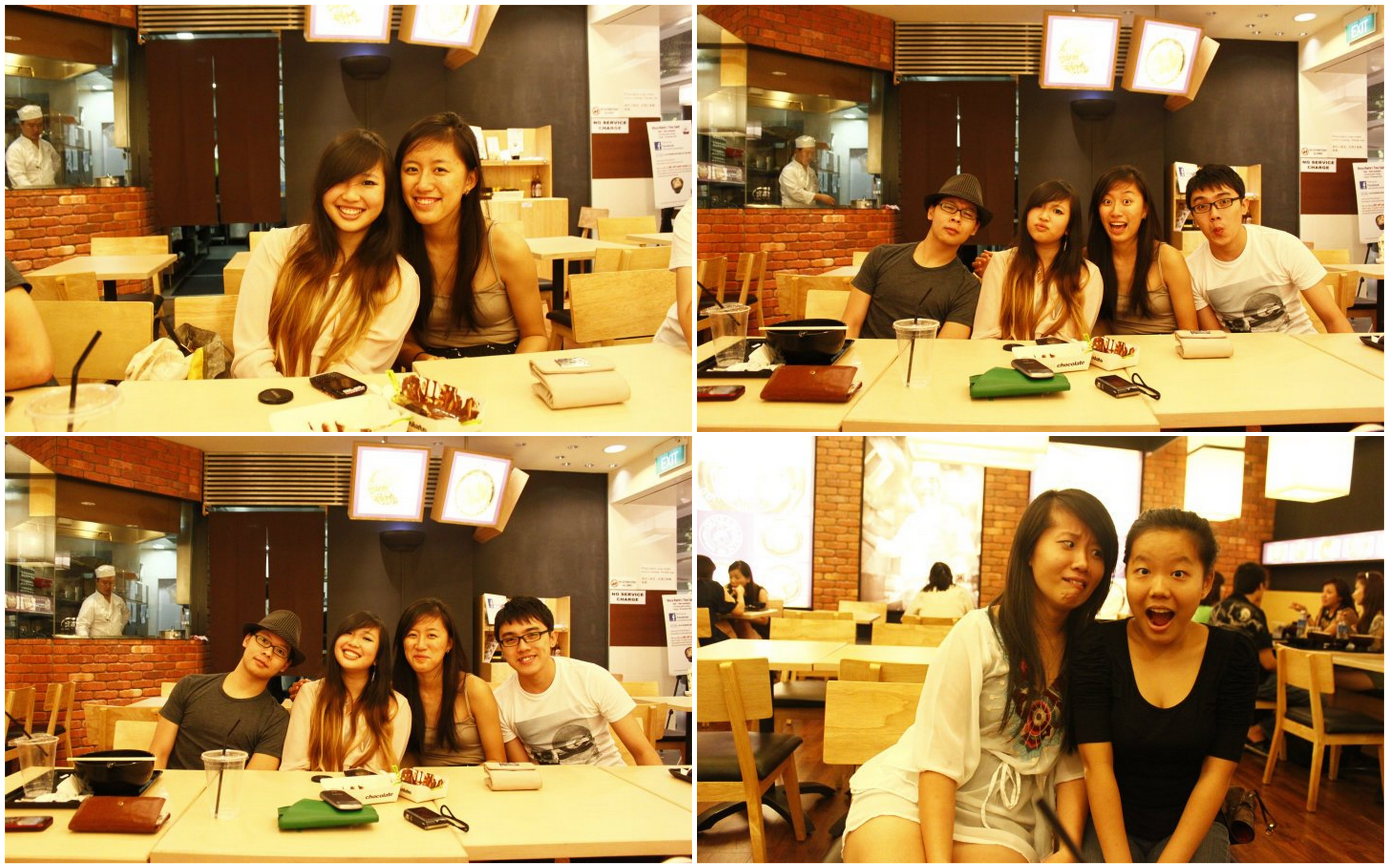 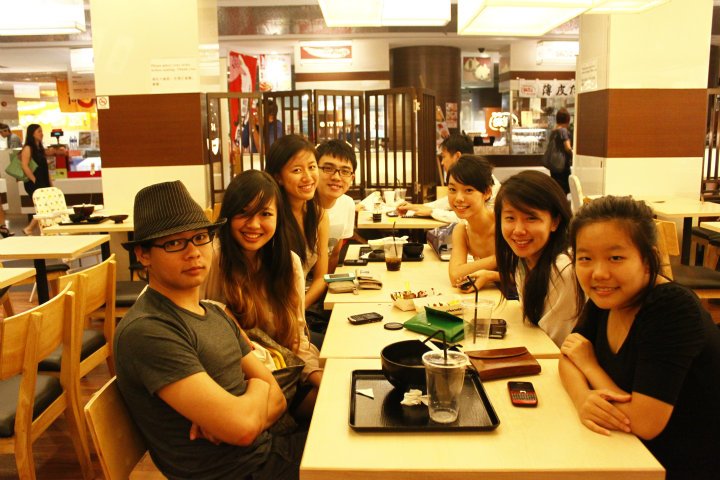 ta-da! some of the eliterate, as shane ironically dubbed the cohort.
which is actually quite funny. we might get a shirt done.

and,
fish and co ION some time back with Fee, Daph and XQ: 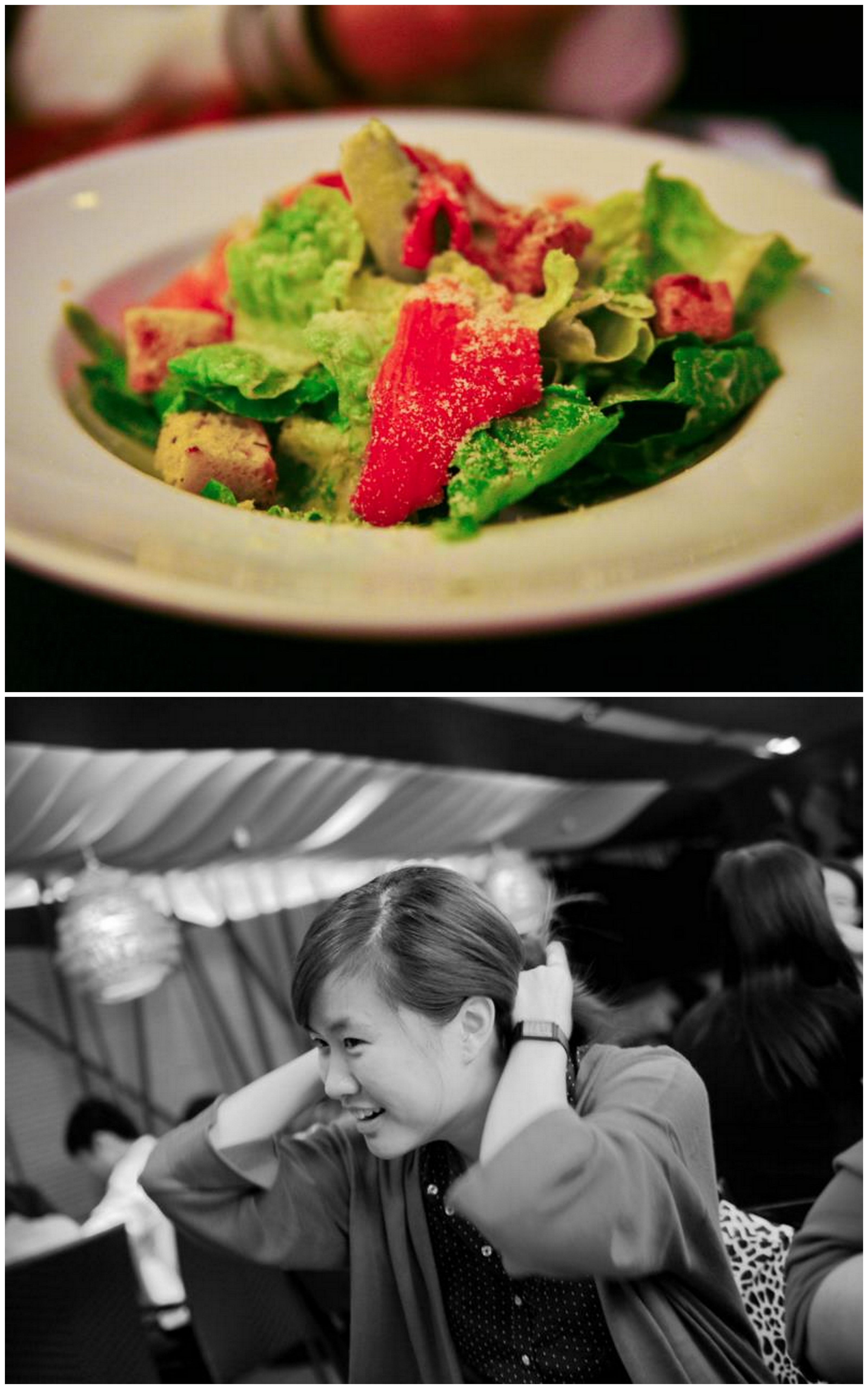 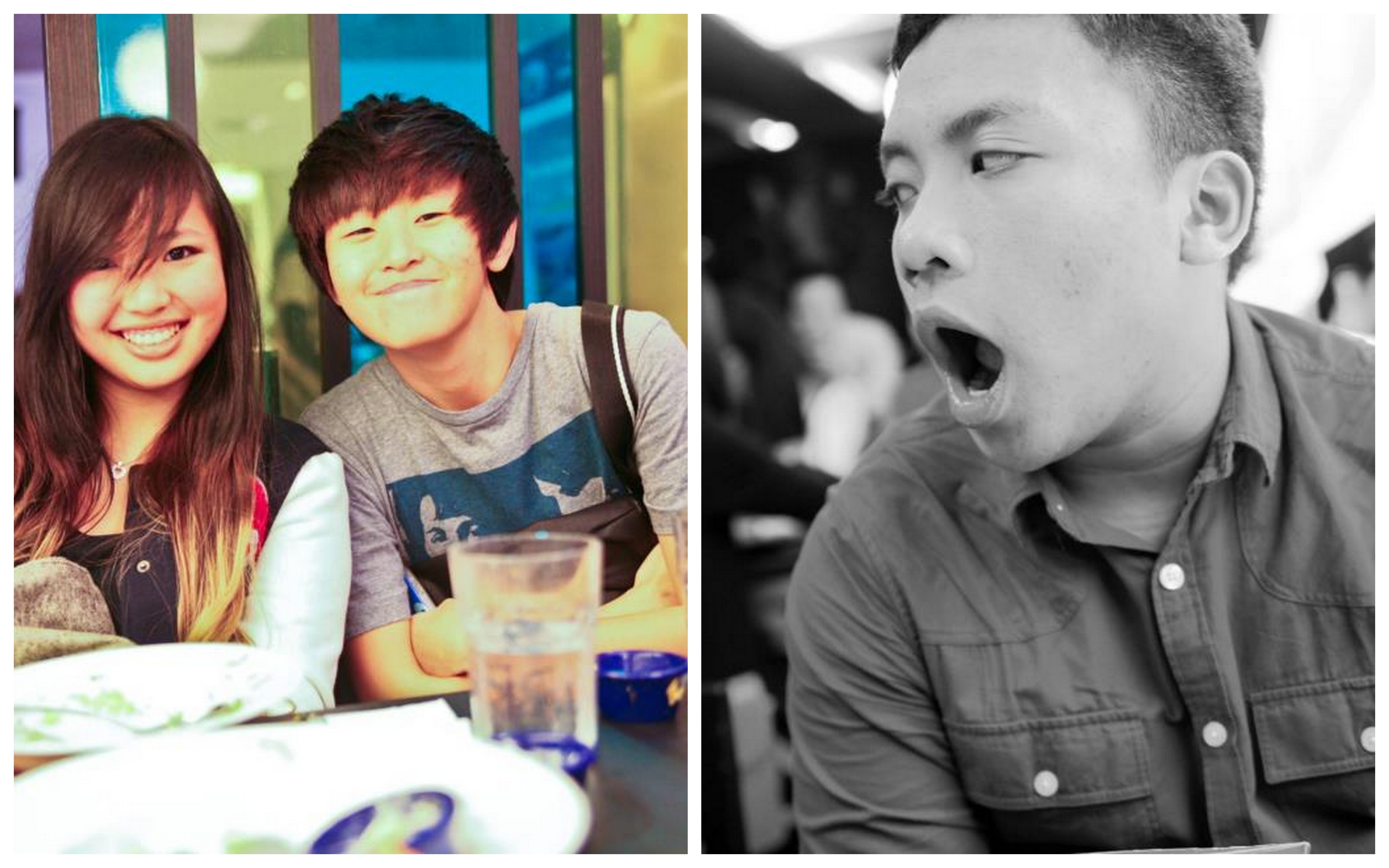 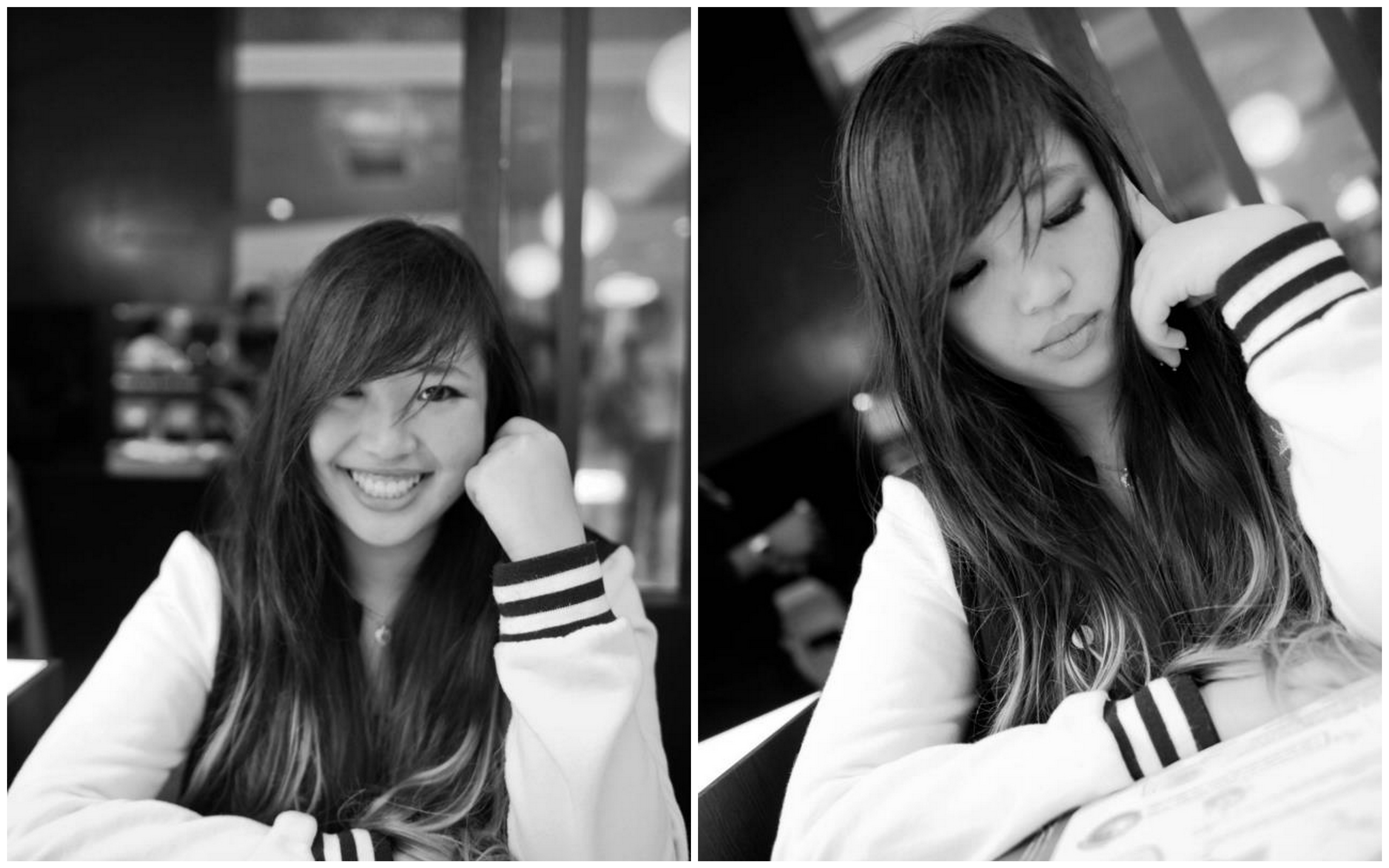 I think i wouldn’t mind being a cat if only for the dietary stereotype of fish every meal.