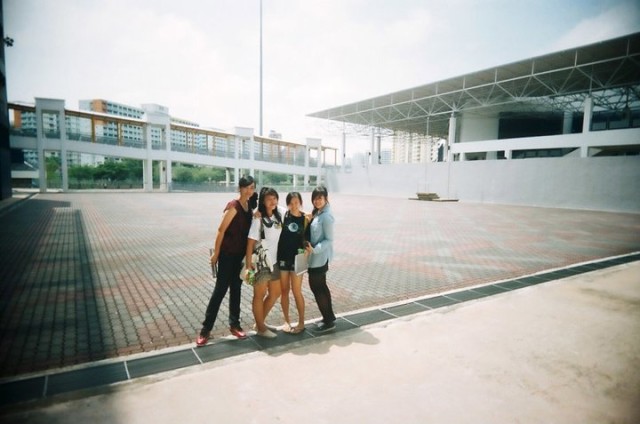 credits: Sze-ern. She says this sounds mighty formidable and i am not arguing with a girl with her arms akimbo so..

Week Six draws to a close, i have thus far:

2. become incredibly addicted to Evernote, a journal of sorts on the mac/ipad/blackberry/fujitsu that syncs all my notes together. Remember what i said about getting my shit together? uhhuh.

3. successfully gotten most peoples’ names right. this is a whole lot harder than it sounds given how it took me half a year to stop mixing up my jc class of thirteen people and university is like a NONSTOP FEEDER BUS of human beings each less familiar than the next. On the other hand, if you realize i’ve never actually referred to you as anything other than ..Hey..!! you know whats going on.

4. Pretty much perfected my wakeupmakeup routine in less than ten minutes given how i tumble out of bed almost everyday shouting WHAT TIME IS IT CRAP NO and have to literally throw something together and run out of my room.

6. made multiple friends who can drive. you have no idea how awesome this is. it means the ability to peruse the overrated-but-we’ll-still-go-anyway shelves of h&m and still make it to dempsey for dinner. recess week is chock full of plans hinging on the key of andrea’s car.