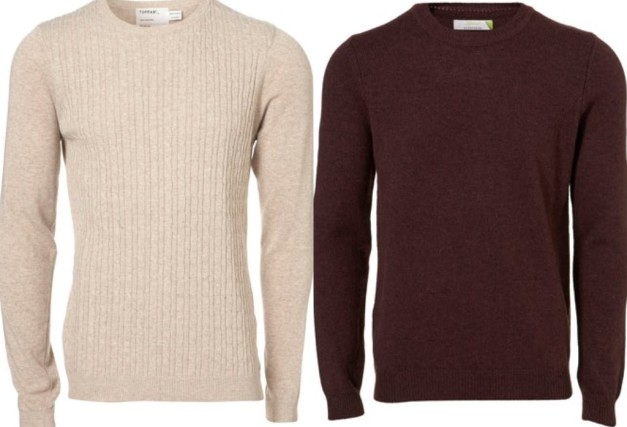 since getting my two topman sweaters in burgundy and cream earlier this evening i have sat down and solemnly decided to give up on my search for the perfect knit sweater i’ve been looking for for nearly a month now, a lovely Isabel Marant design in a reddish/cream blend which i promise, looks a whole lot better than it sounds.

on a slightly off tangent note, i am starting to wonder if i should be worried about my steadily growing collection of clothes from the guy’s section of the stores, just last week someone told me he thought i was a dude. (!!) but to be honest sometimes the likes of zara men and topman do make me wish i were a guy. those designs! the possibilities! when i vociferate this people (guys) generally stare at me and make various indignant noises vaguely directed at the generally more inexpensive and wider variety of clothes we females have. it doesnt change the fact that when i walk into a shop i sometimes forget im a girl.

the dslr and dad’s mac are still throwing bitchfits, or i would do a proper update on tonight’s trip to civilization town complete with pictures. another week-end heralded and celebrated by trooping off to places dense with humans and doing stupid stuff, reminiscing on stuff we agreed not to talk about.

oh also i kind of miss my idiot of a best friend who has run off to serve the nation and whose phone call tonight was the only thing standing between me and my belief that he has forgotten all about me.