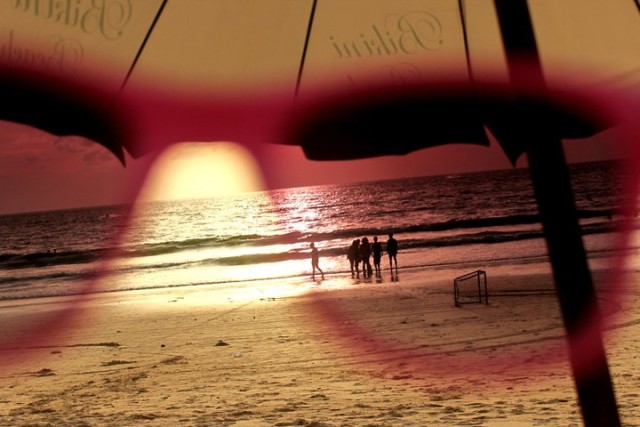 Why yes i was purposely putting off blogging about phuket so i could whip it out four months later to spice up the monotony of August! Excuses you say, but i think it’s genius.

ANYWAY, in May this year I went to Phuket on a company trip. 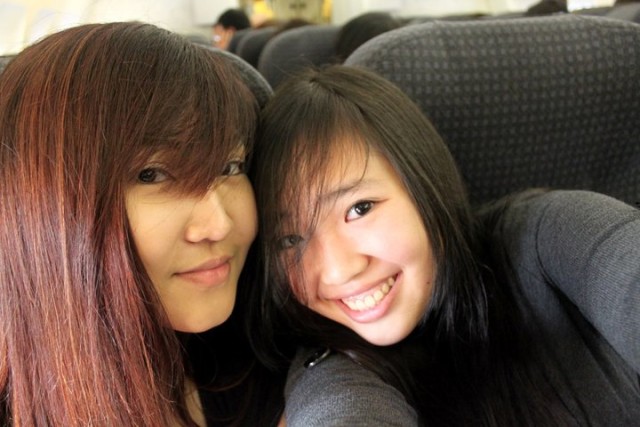 Sleepy Faces.
The flight out was at 5 am i think, omg. 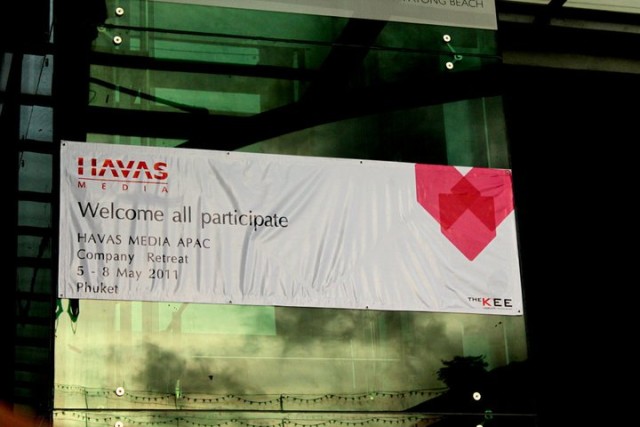 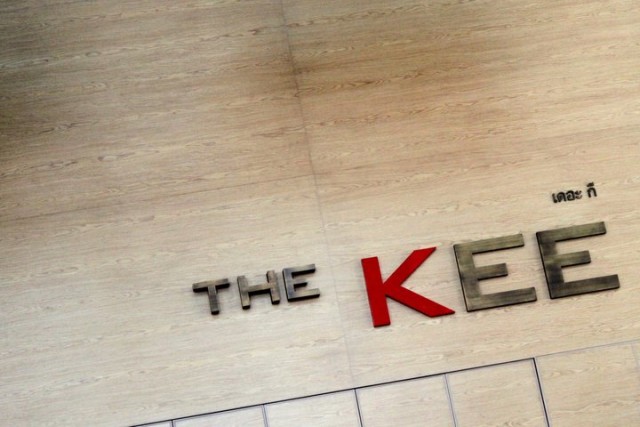 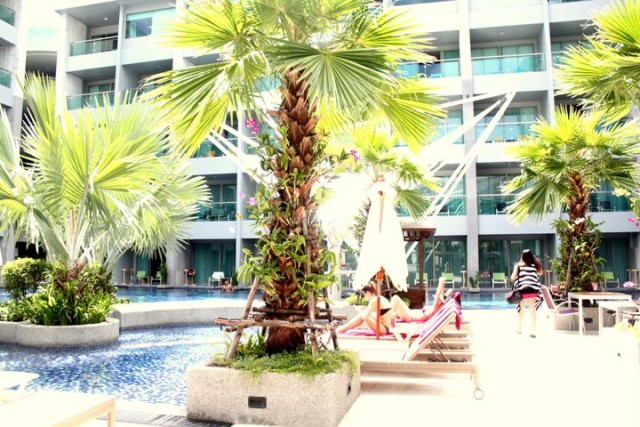 We stayed in The Kee, which i loved. Free wifi! and it was huge! and everyone smiled nonstop! 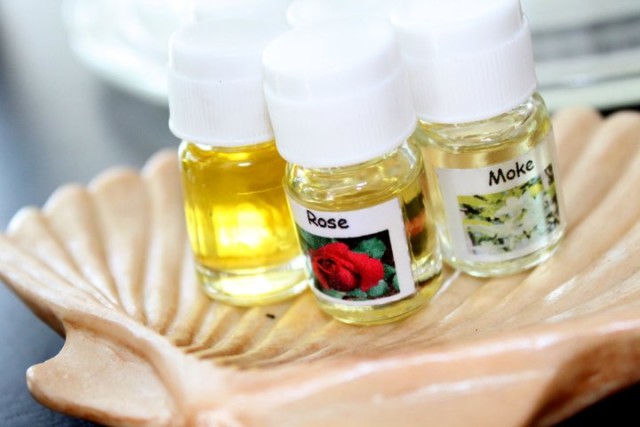 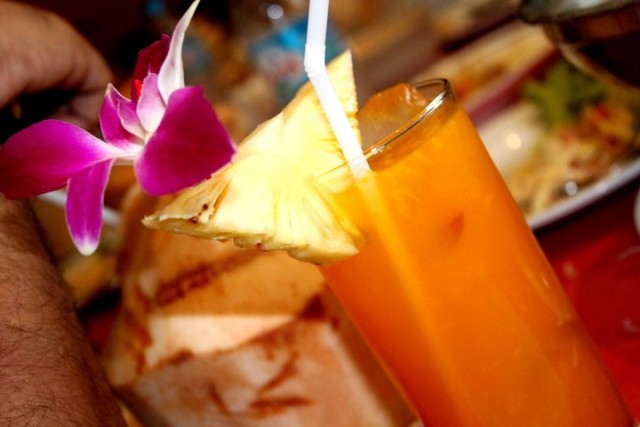 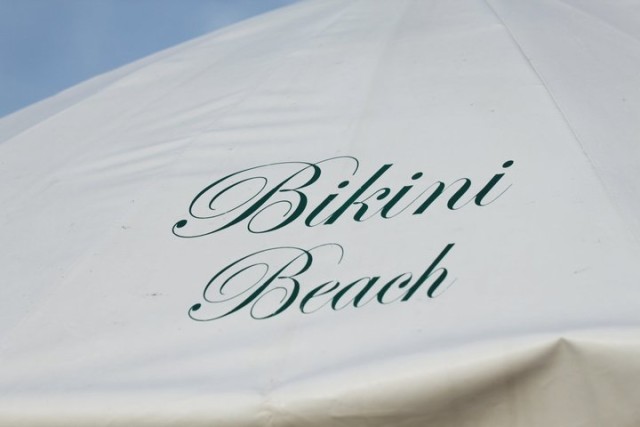 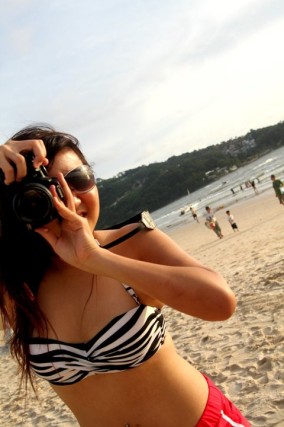 Went down to the beach after that, where christel immediately ran after all the vendors and started throwing herself off cliffs and whatnot.. parasailing and boating and jetskiing.. i was like lolwut all i want to do is chill all that sounds tiring so i fell asleep on the beach. Again. 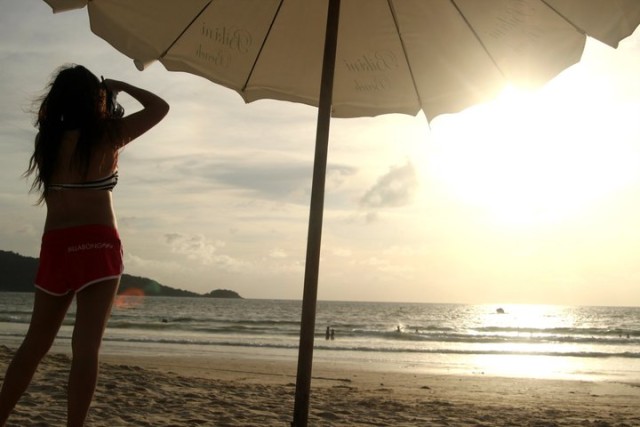 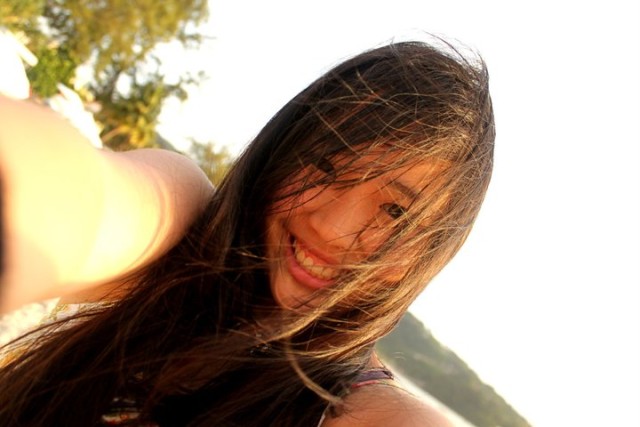 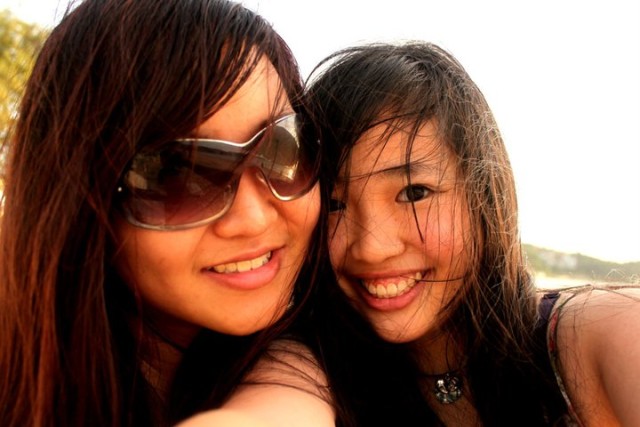 What. When you’re working, an afternoon nap is a Big Deal okay. 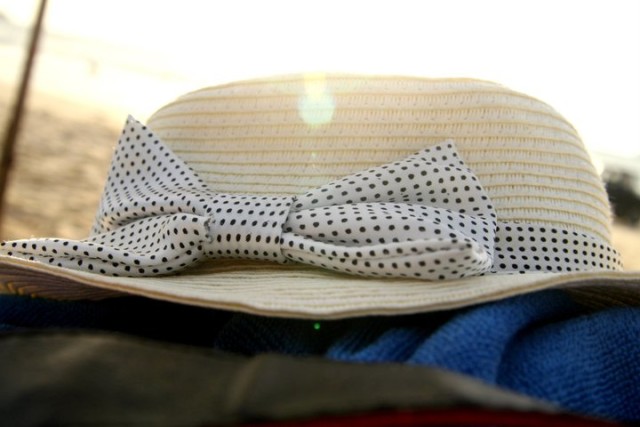 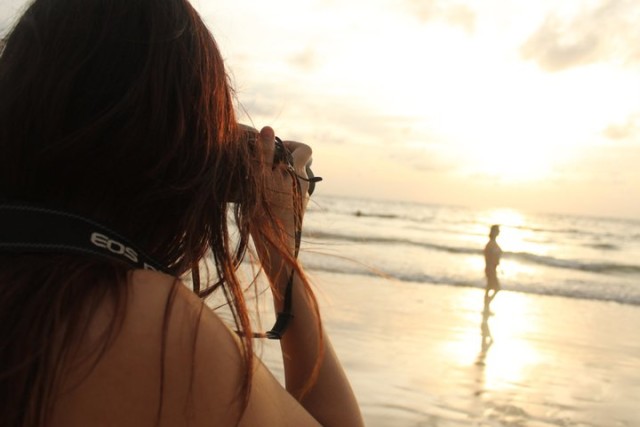 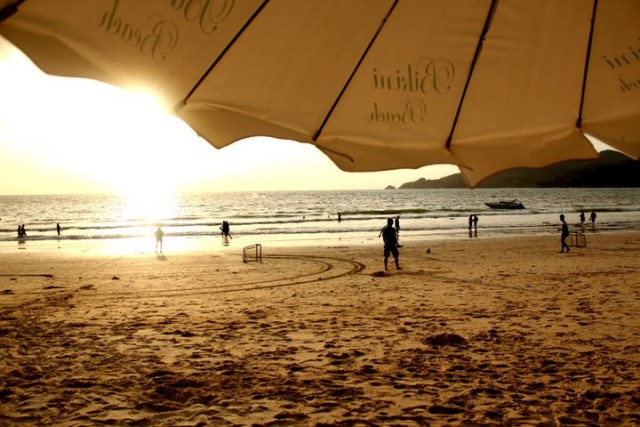 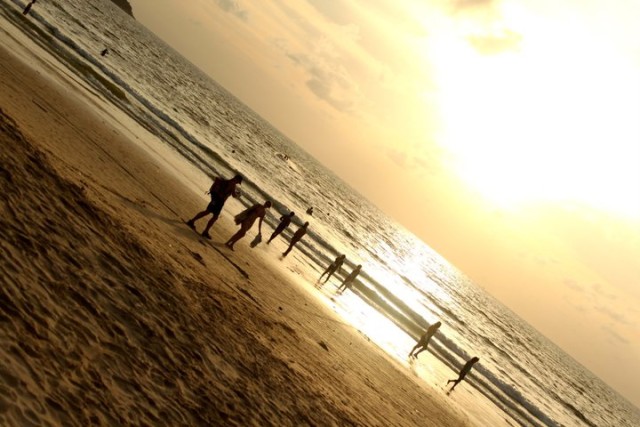 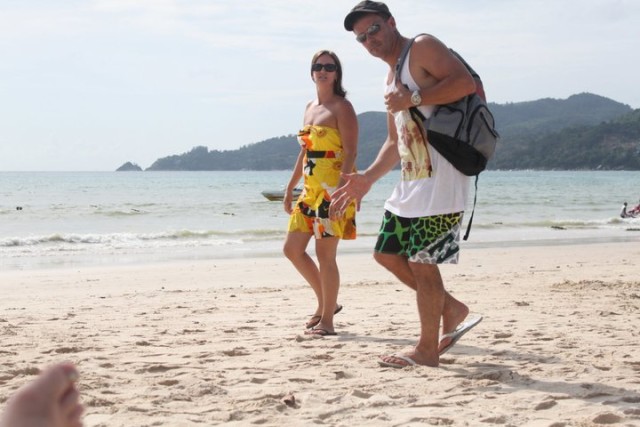 We went through this “red light district..?” street just opposite the hotel to get to the dinner restaurant. 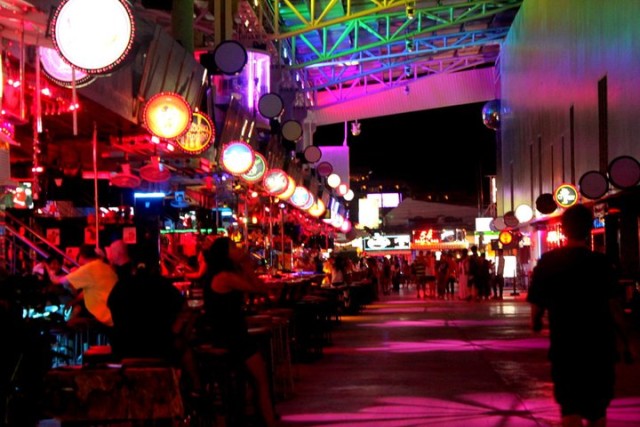 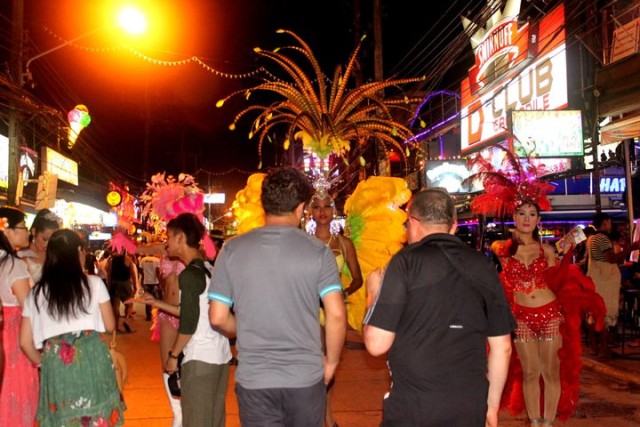 Its slightly scary because i didnt realise they were men, they looked so.. ok i get how you can do surgery and buy a boob or something but HOW DO YOU GET THE HIPS TO GO IN LIKE THAT?! 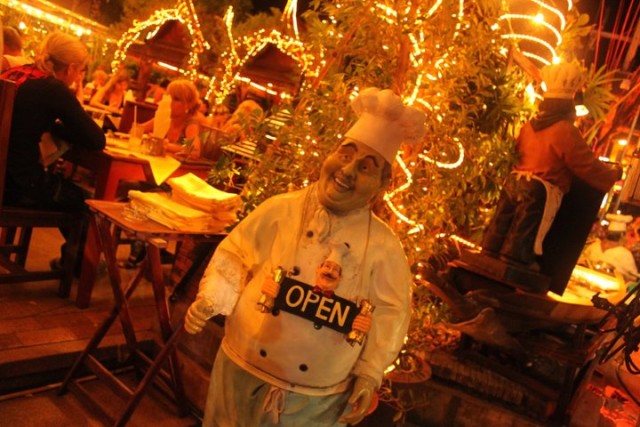 Welcome! sign at the doorway of this italian restaurant.Miko and i were laughing at it because the “chef” statue looked so green, like someone had poisoned his food, and he was cock-eyed! How does that induce anyone to want to eat there?!!?!

ok but then obviously my logic was a fail because the restaurant was actually pretty popular. 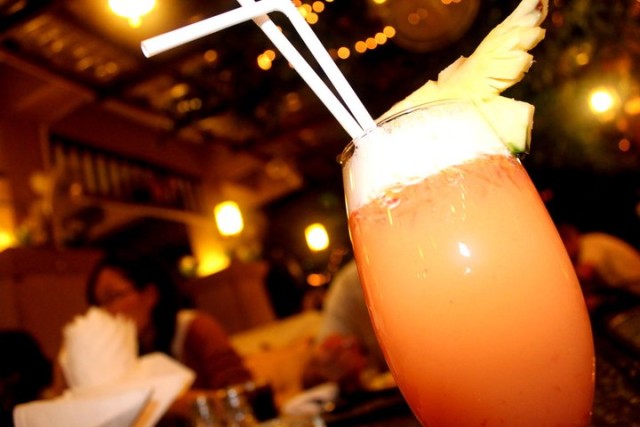 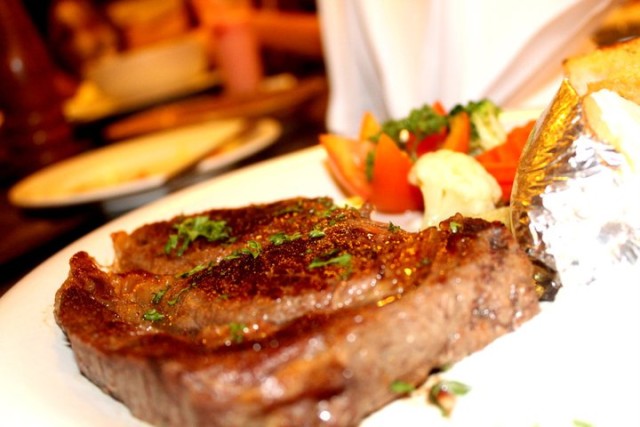 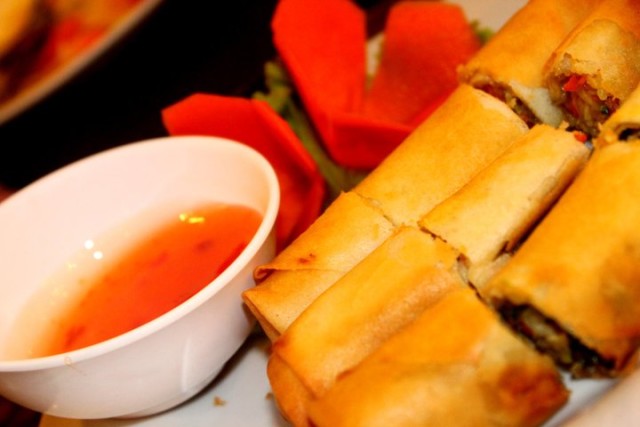 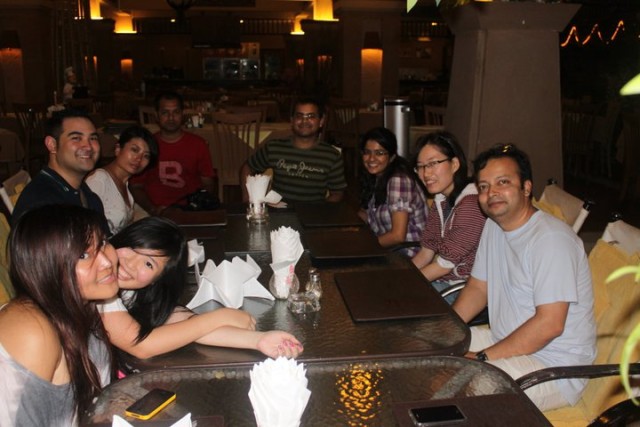 back in the hotel room, so impressed with our huge tv 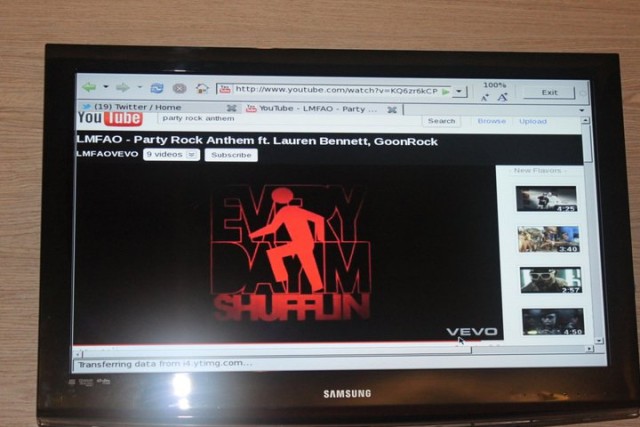 IT CAN SURF THE NET! how awesome is that. You just sit on the bed and type away at the huge keyboard, and use the tv as you would a computer screen.

Sat at the balcony which melts into the pool, legs dangling into the water. splash with every few words, noone swims late at night and you can almost pretend it’s a private pool.

That’s it for Day one.With any luck i’ll remember about the existence of day two and blog about it before the year is up..