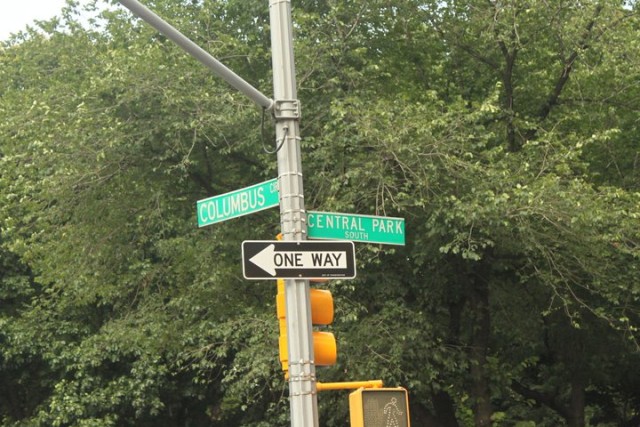 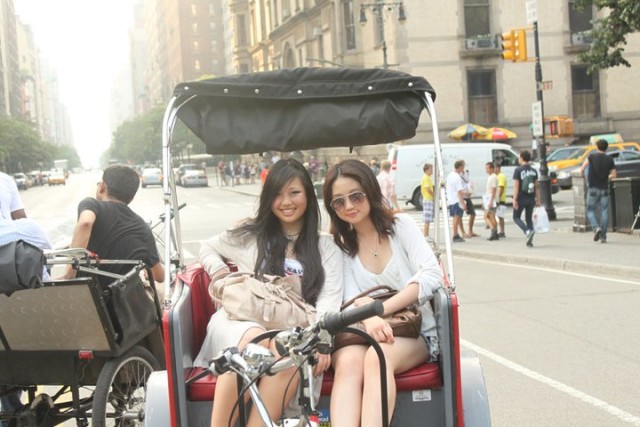 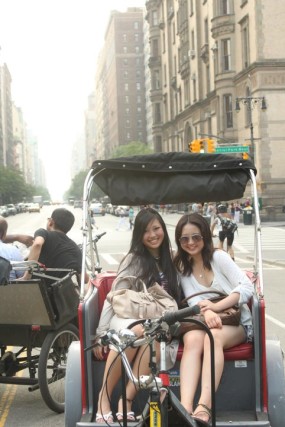 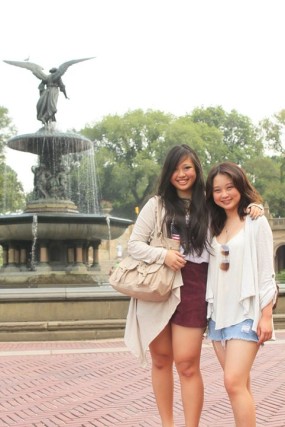 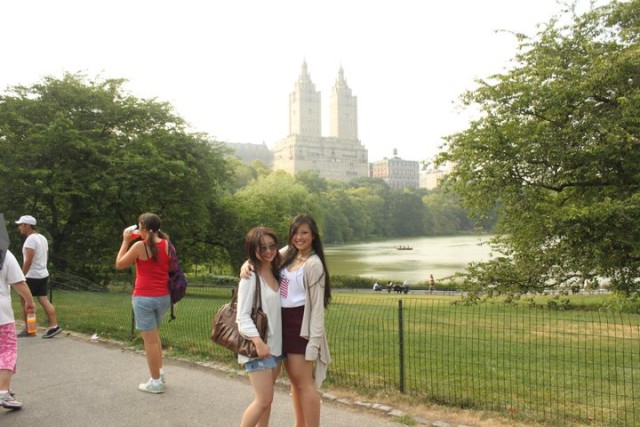 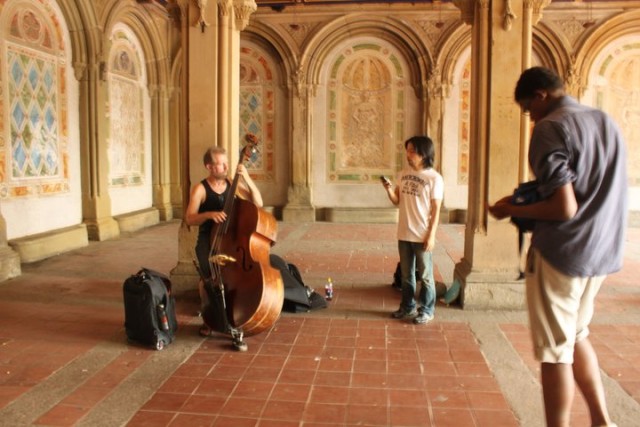 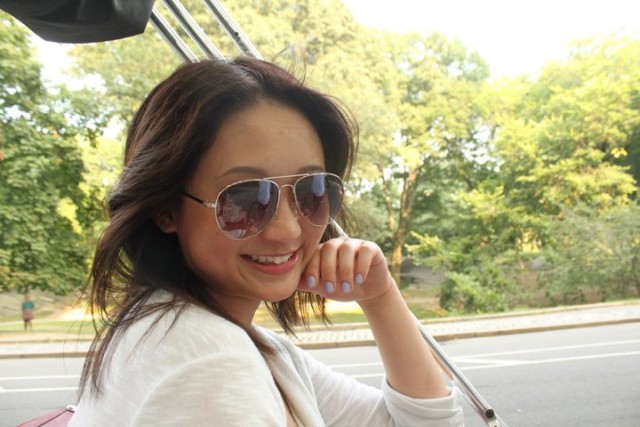 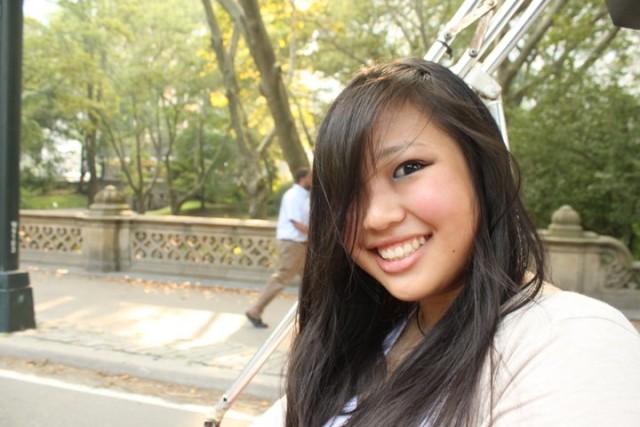 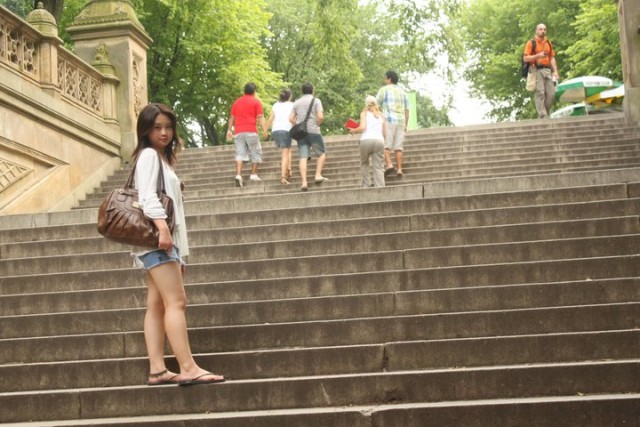 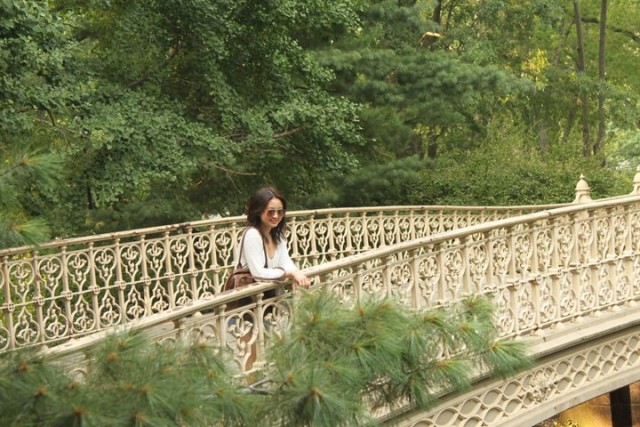 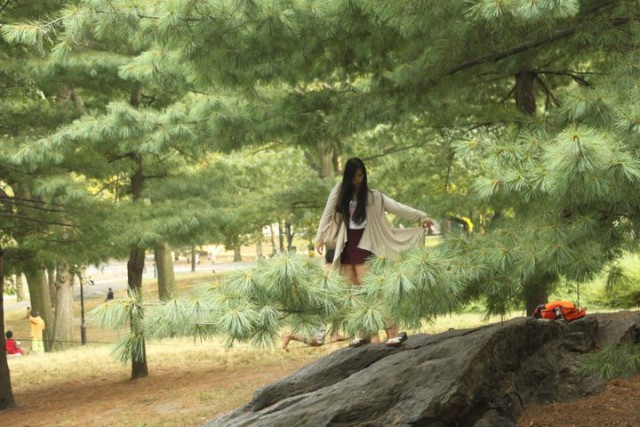 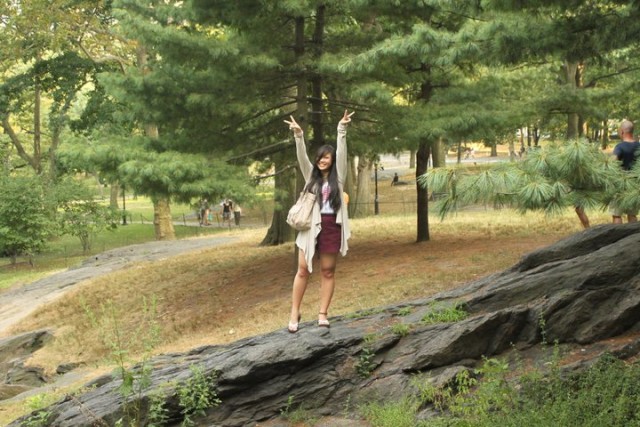 G loves that last photo of me because she says i look like a total complete child. I am not sure if i should be flattered that she loves it or insulted because she most probably indirectly called me an idiot..

I’m pretty surprised at myself for leaving it so late, but here you have my first foray into the famous Grand Central Park, New York. Apparently Will Smith was here yesterday morning filming a new movie and P.Diddy was jogging around with security jogging right after him this morning.. dang. We missed those.

The park is beautiful, and huge. It stretches from the 45th to 100th++ street in Manhattan and dates back to the 1800s, complete with restaurants that used to be owned by the Mafia and a huge playground donated by Michael Jackson. I know all this not because I googled it, but because G and I took a trishaw ride down and Ishmael (the “tour guide”) was fantastic and gave us a running commentary on the history of Central Park.

We paid about 30USD each for the ride, which amounts to about 76USD in total after a huge tip (he was a really good tour guide and it sure isnt easy, cycling and lugging us two lazy bum girls along..). It’s actually a pretty good price, because I know many people pay a standard of 60-70USD per person before tips, so look for Ishmael if you’re dropping by Central Park! He told us that he’s been doing this for five years, and he kept up a really friendly “history lesson” plus helped us take photographs, didnt flinch upon our barrage of neverending curious questions regarding this statue and that.

The rest of the Central Park photos here: one

After the afternoon at Central Park, we went to Columbus Circle’s Wholefoods for an early dinner. The summer heat and the wind’s whispered promise of Fall must have done something to us, because six thirty pm in the afternoon saw the two of us frolicking around in the fountain outside Lincoln center. 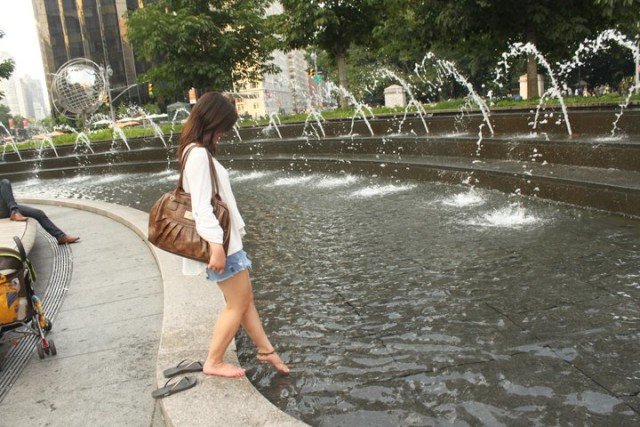 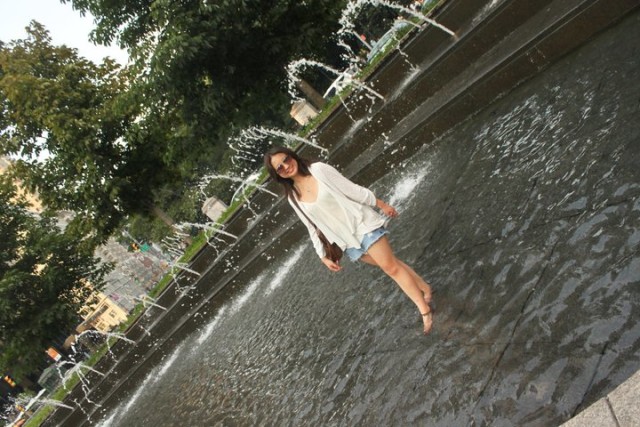 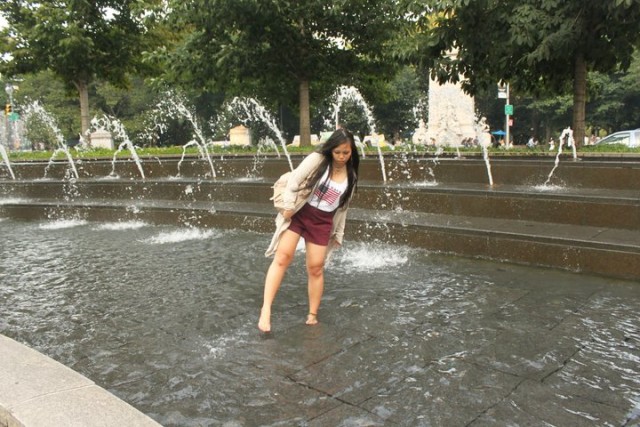 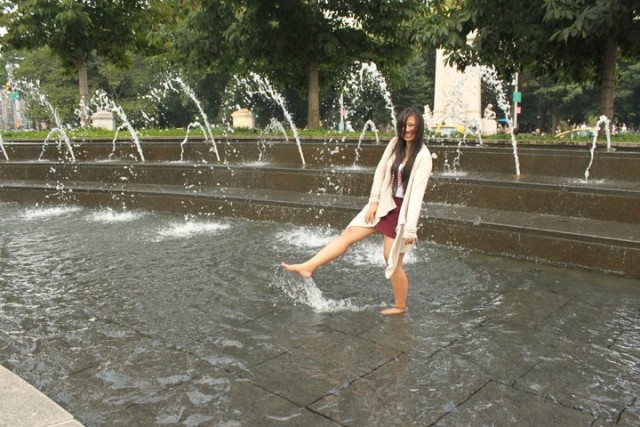 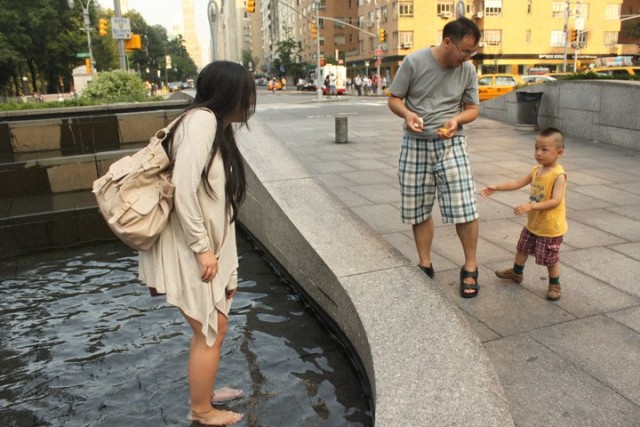 Me corrupting some poor asian kid and trying to tempt him into the water.

Later, we saw a bunch of laughing guys being escorted out of the mall by a grumpy security guard, they were holding saxaphones and guitars and drums, singing the empire state of mind.

In the evening, G and I attended the New York Premiere of Captain America. It’s my first time sitting in the Mezzanine area for a movie, the unobstructed view is amazing! No more tall-person-in-front-of-you woes! The movie itself was not bad, there were a whole bunch of laugh out loud moments peppered with action hero worthy music, at some points i felt as though the buildup could be better- felt as though the script was unrealistic, even for a superhero movie. But then again, the girl was gorgeous and it did have pretty good scenes and the audience clapped enthusiastically after the credits rolled, so i suppose it was a pretty good film.

It opens in Singapore in two weeks if im not wrong, so do catch it if you can and remember to stay past the credits roll for the special extra clip!

What else we’ve been up to: 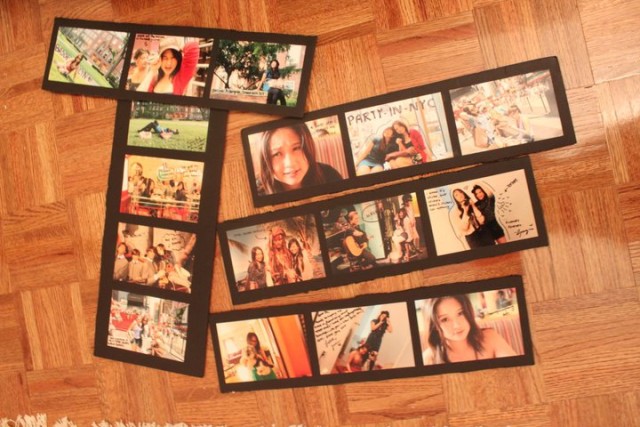 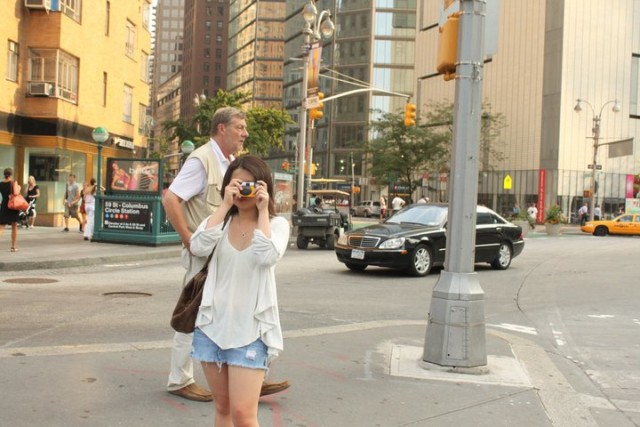 decorating our developed photographs, so proud to announce that i’ve gotten G pretty hooked on photography after buying her that Kodak. Oh also i bought a huge maroon fluffy throw because IT WAS SO SOFT AND IT WAS JUST CALLING OUT TO ME

We were also debating waking up at 5am for the filming of Good Morning America, live, but.. nah. Sleep is more important.