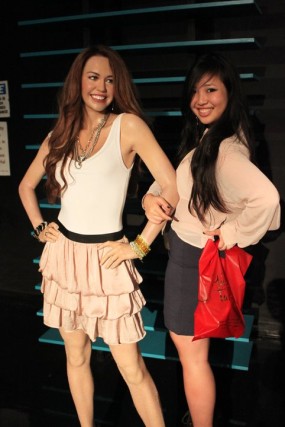 Was out shopping down SoHo yesterday when we ran into Miley Cyrus! I’m not even a huge fan or anything, but i just had to take a photo. Pity she isnt looking at the camera though…

Also, we went to this place for dinner and in the middle of dinner they just called out for anyone to come up and sing and guess who G decided it would be fun to target. 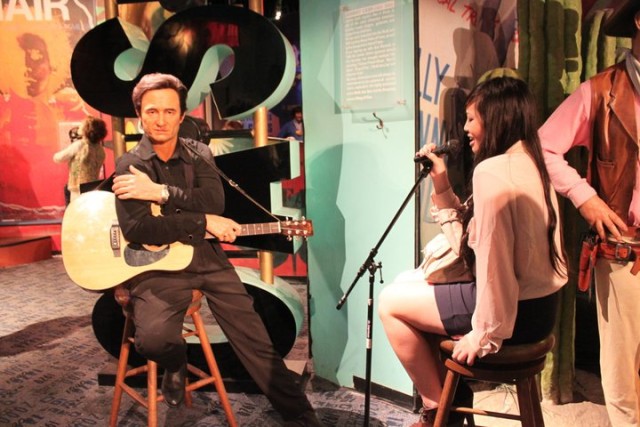 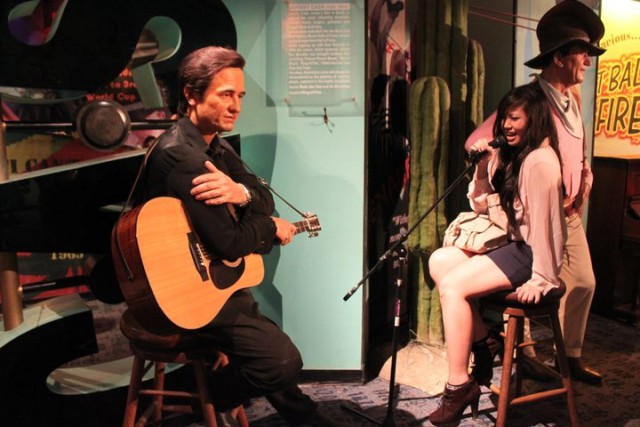 It was honestly quite surreal.

HAHAHAH OKAY KIDDING, THEY WERE ALL EXHIBITS AT MADAME TUSSUAD’S WAX MUSEUM.
DONT THEY LOOK SO REAL!?! I SERIOUSLY GOT A SHOCK FROM SOME OF THEM.
(also because some of them were staff members pretending to be wax figures and scaring the living daylights out of me when they jumped out and screamed BOO in my face. Assholes.) 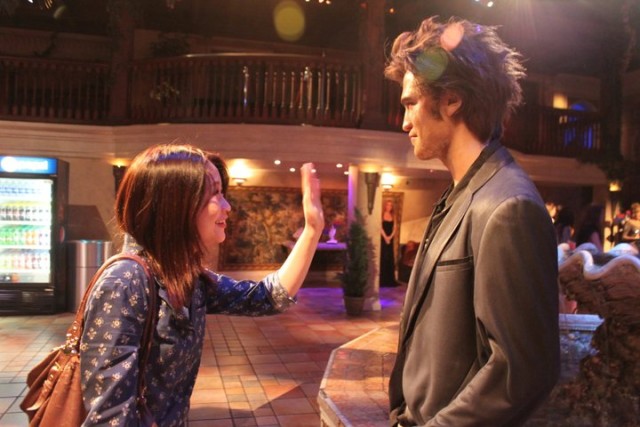 The Robert Pattison one at the first gallery, Opening Night, was particularly real. Everytime i turned around and looked at him i did a double take and jumped. 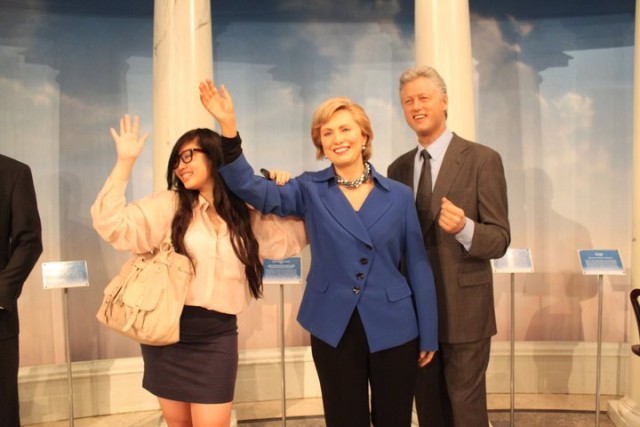 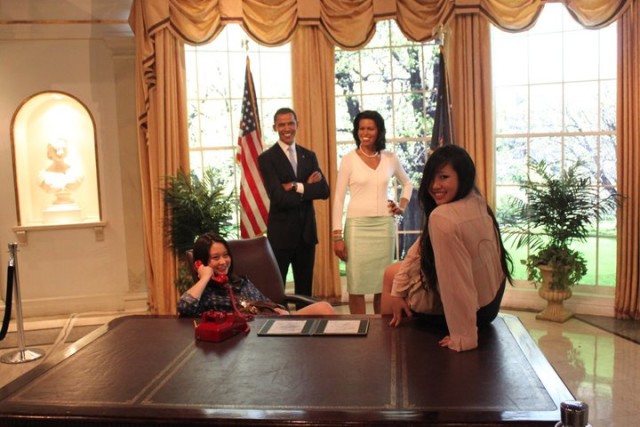 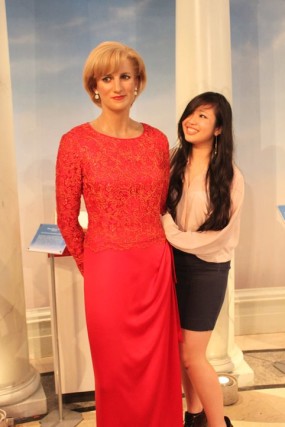 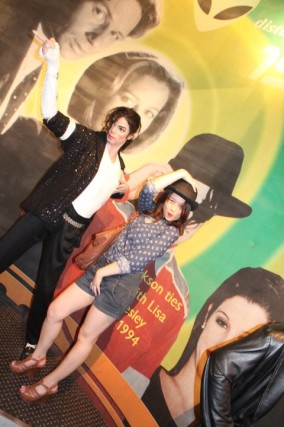 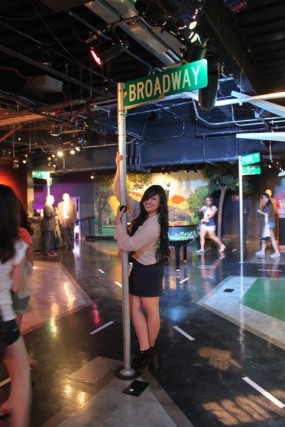 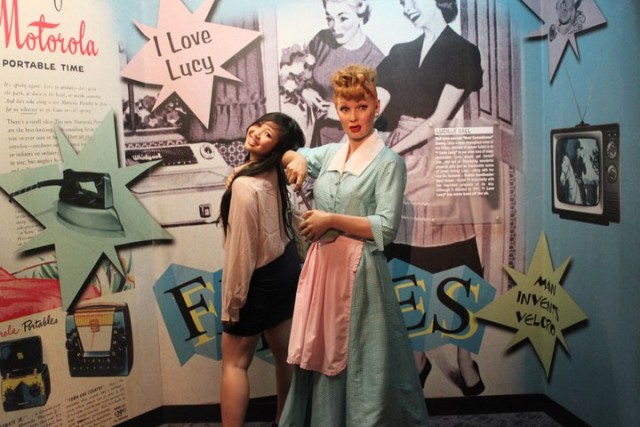 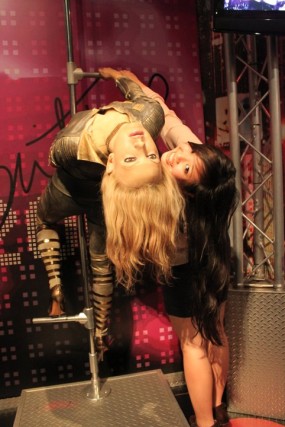 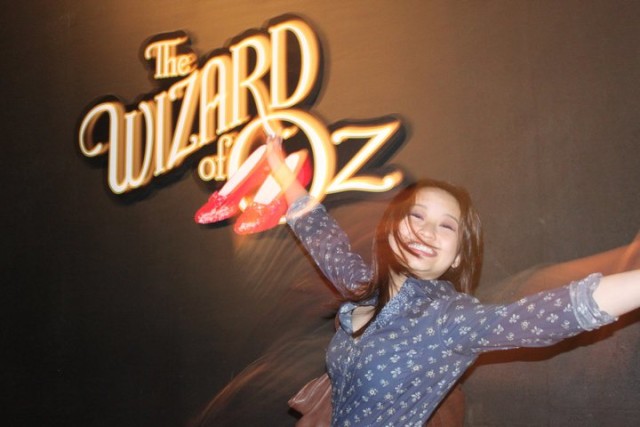 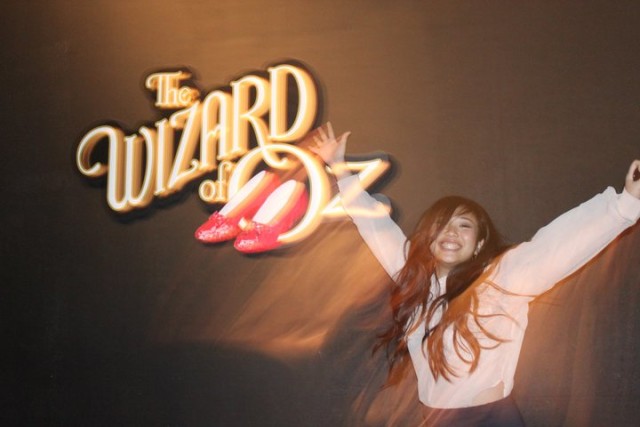 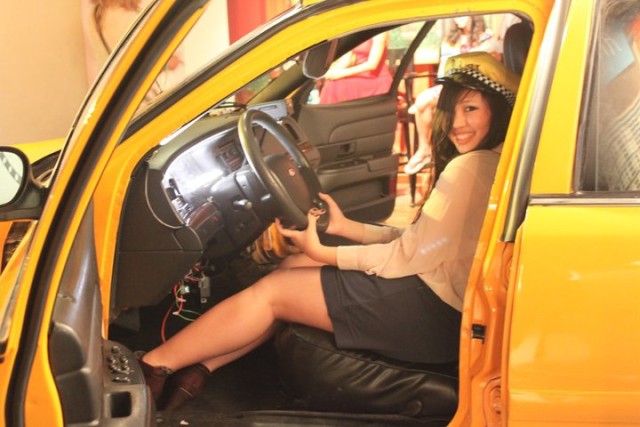 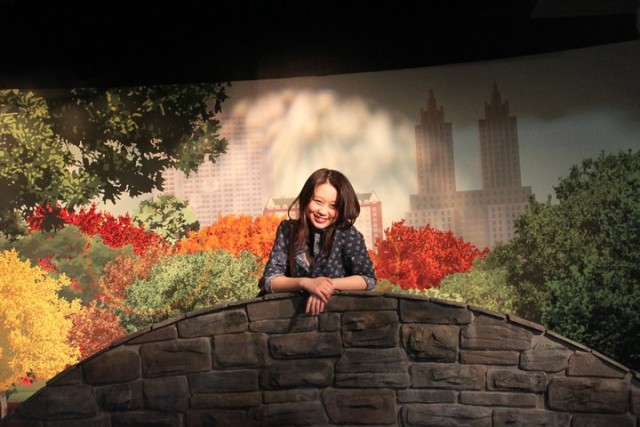 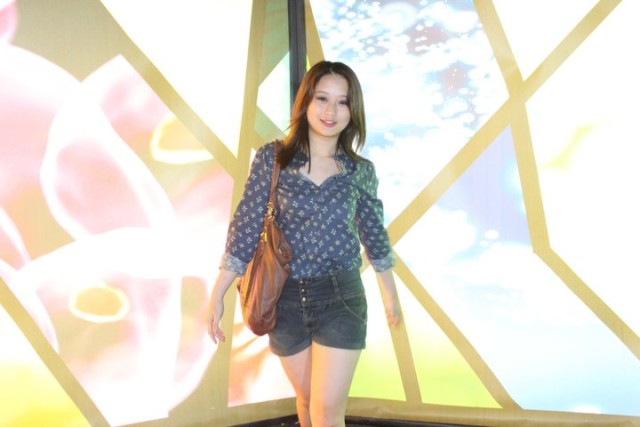 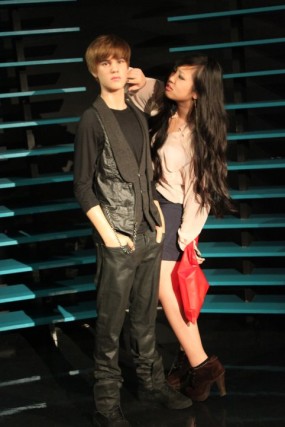 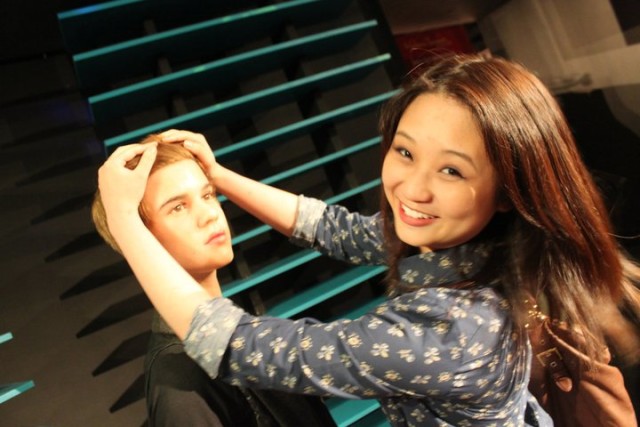 Trying to figure out what justin bieber would look like bald

The rest of the photos here: one, two
(yes they open in new tabs)
I promise lots of celebrity lookalikes and funny shots! They’re hilarious and some REALLY look so lifelike you half expect them to come to life and dazzle you with their.. er.. starryness. 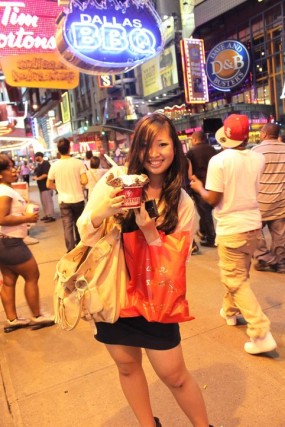 tried cold stone creamery for the first time after that, it was really good!!! but i dont think i would eat it again in singapore, too.. i dont know. creamy. *slaps self with duh-ness* 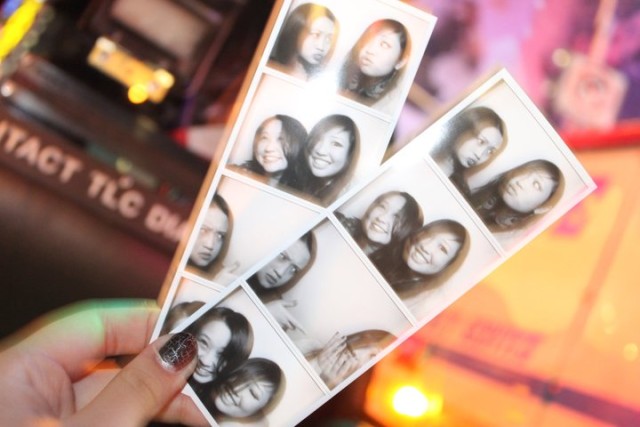 Watched Horrible Bosses at Regal Theaters after that, it was reaaaaaally funny! Not blockbuster material, but still hilarious. Came out, thought still resonating in my head was, dayyyumnn! Jennifer Anniston is hot. And she’s what, forty? fifty? life is unfair. or maybe im just really lazy. 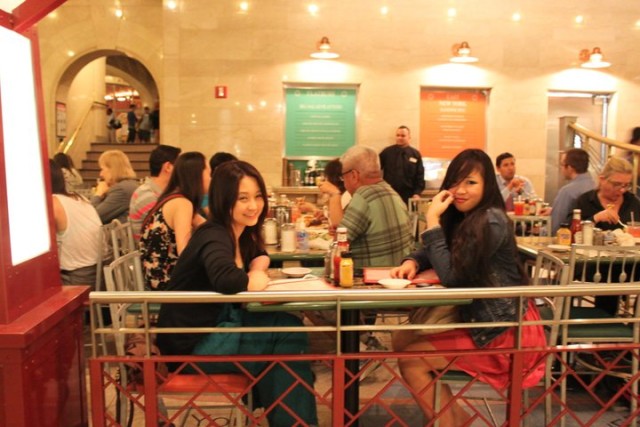 We ordered in Pad Thai which turned out to be pretty good, then headed out.\
Went back to Grand Central station for tea, thats how much i liked it. We also visited the New York Transit Museum, which was tiny.

That actually makes us sounds like pigs who eat at home then head out to eat more but let me clarify that there was a four hour gap in between pad thai and tea. Namely: 1. forcing G to watch Falling for the Falls and raving about chad dylan cooper 2. doing our hair and make up which takes really quite long 3. shopping around the shops near the station

Tried on my new Stage red lipstick today which i bought last month. 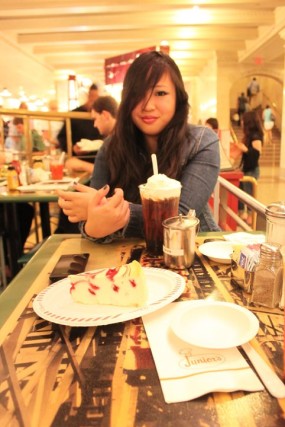 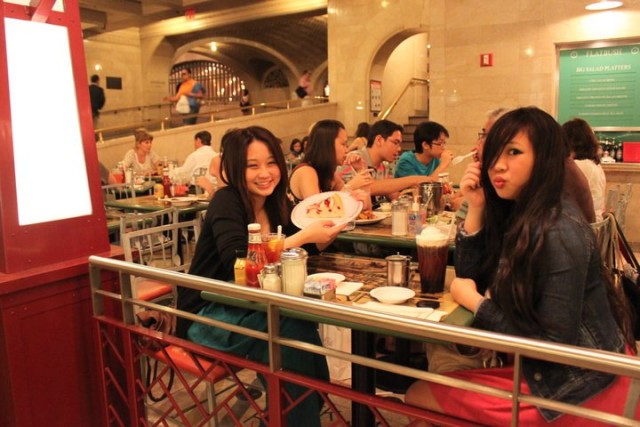 Walked down Fifth Avenue and (took a bus) and fought with other new yorkers for taxis. TAXIIIIII!!!!!! OH BITCH YOU DID NOT JUST STEAL MY TAXI.
I cant believe i actually went through the whole new york snatching cab experience! i thought those only happened in movies lol. 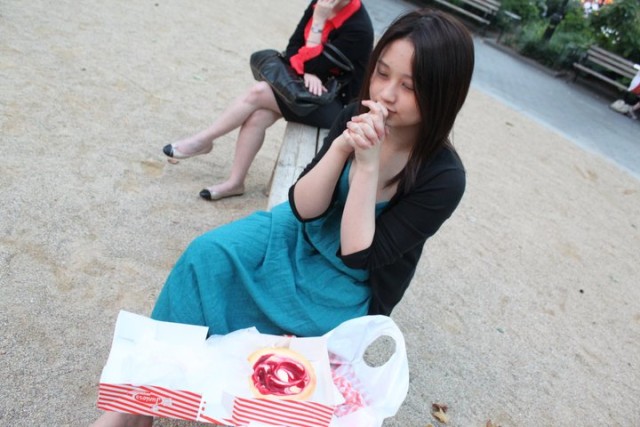 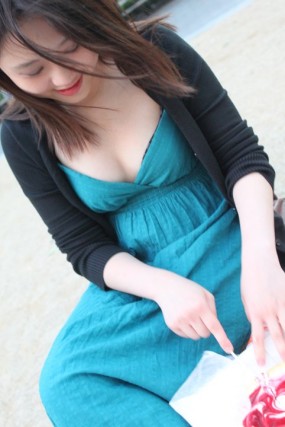 hahaha she was so happy omg ive never seen anyone get so excited over cheesecake!! 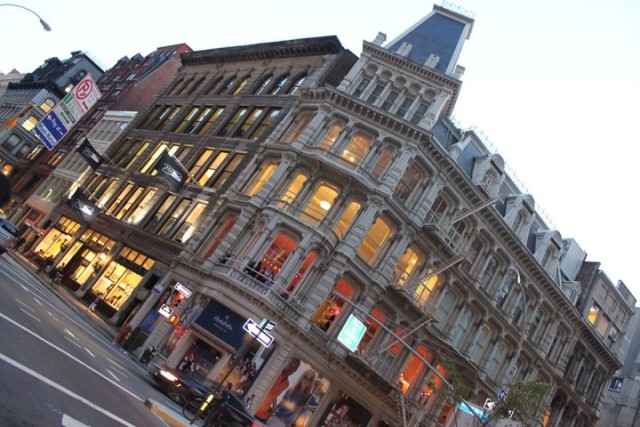 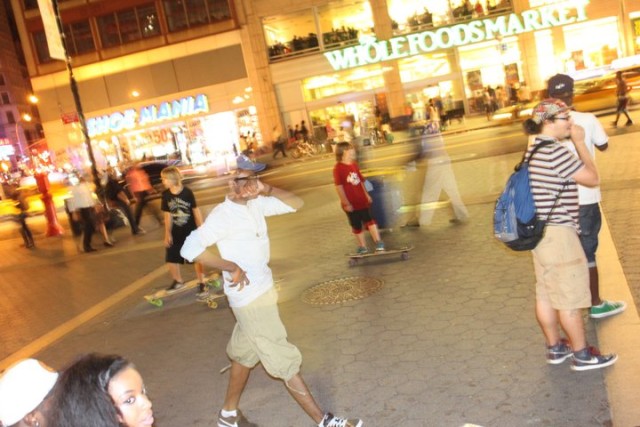 It was really ..interesting. I realized then when i dont know how exactly do describe something, i call it interesting. Not exactly good, but not bad either, an experience worth having, will look upon interesting situations and things with a quizzical face expression.

I really hope i havent called any of you interesting looking before. 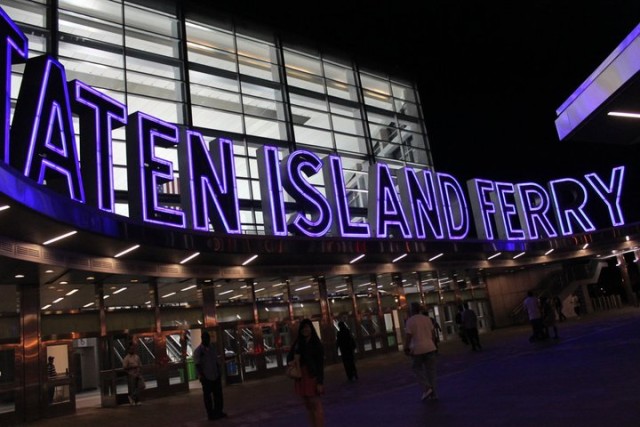 We took the Staten Island Ferry to.. uh.. Staten Island. Mainly for the experience, there’s honestly nothing to do at Staten Island. It was freezing thanks to the night wind, G says that fall is coming early this year. Im pretty glad because that means i caught the cusp of summer and fall, the weather’s turning really lovely. 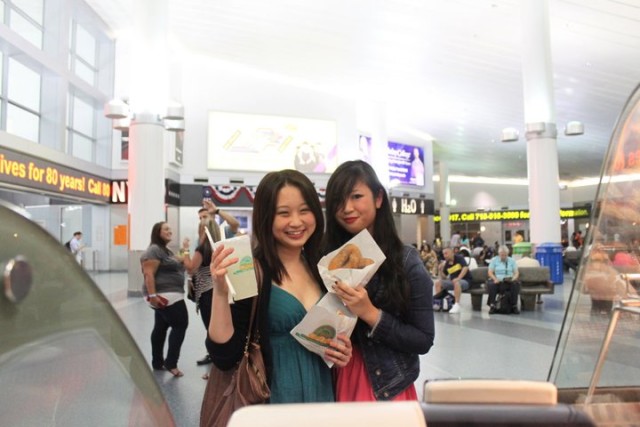 Pretzels at the pier. Also, my awkward face. 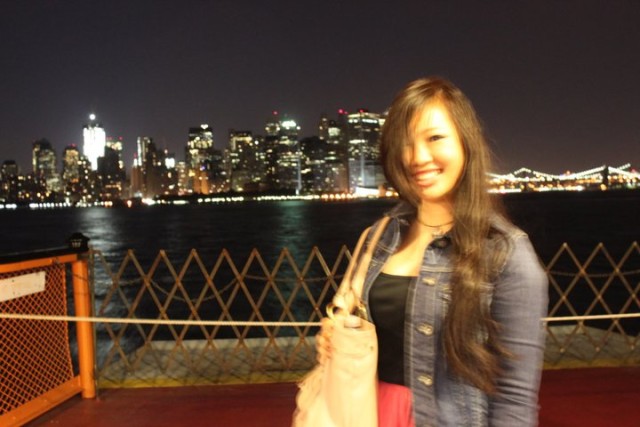 Its a pity i couldnt get proper shots of the night view, which was beautiful. The ferry was moving too fast and everything was a blur… you can see the rest of today’s photos here though, click!

See what i mean by blurred.

Its five forty over here, i lost track of time again staying up talking to G and then blogging after. Have completely given up editing the photos even, too tired everyday, snap, upload, blog. I dont know how i keep managing to lose track of time, its no wonder i wake up at an atrocious 1pm everyday.