Currently listening to:I see the light by Tangled ost
Status:Dead on my feet 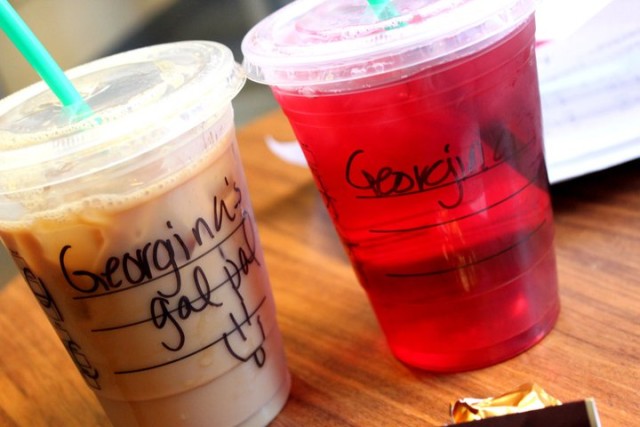 Lol the starbucks barista was so cute, Hi everyone i am Georgina’s Gal Pal.

Well, im exhausted so i’ll make it a quick one. I love how everyday we just wake up and go hm, what should we do today. Starting to believe that winging it is truly the only way to explore a city. 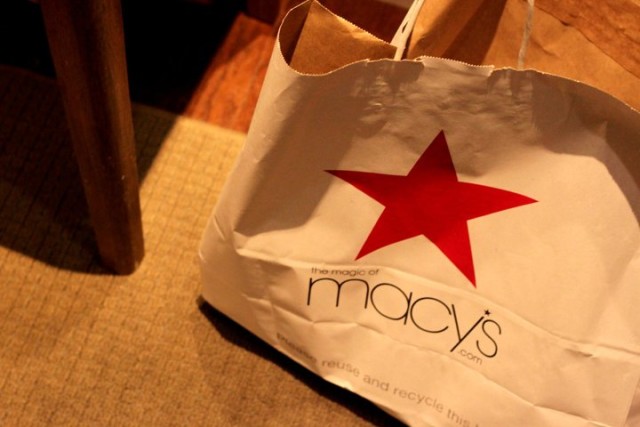 Woke up to Geraldine jumping all over the beds yelling GET UP! GET UP! DONT WASTE THE MORNING!!!
She;s studying musical theater, so she’s really busy with class every monday to friday. Weekends she unleashes the power of her freedom on our sleeping forms. WAKE UP I DONT HAVE CLASS TODAY LETS GO OUT LETS GO OUT

Went for a lovely breakfast back at the same french patisserie we sook shelter in yesterday, then walked down to this Asian nail bar to do a manipedi + wax our eyebrows. My fingernails now resemble Cinderella’s ball gown, its the same shade of translucent shimmery blue. Also, my face hurts. (First time waxing my brows i was like omgwthbbw what is this.) (plus side is i look a lot neater now…. with a numb face)

Went to Macy’s after. Stepped into seven levels of shopping heaven, little historical fact: it has the oldest existing escalators ever. Scientifically proven. Its wood and all even. We only covered three floors, going back again another day. Rushed down to Broadway hoping to get tickets for Wicked, but it was 150 dollars and although i really really wanna watch it, i could think of a lot more things i would rather do with a hundred and fifty bucks. 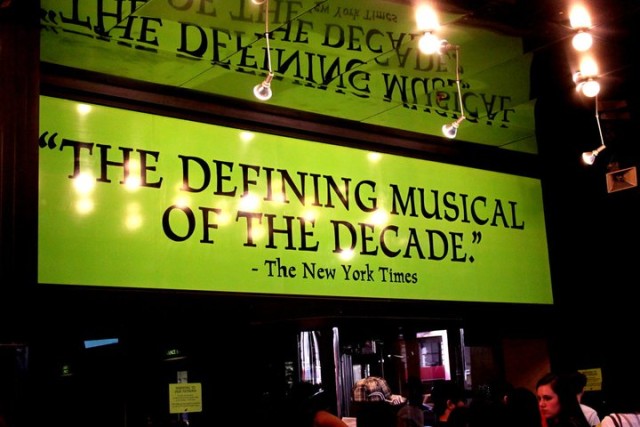 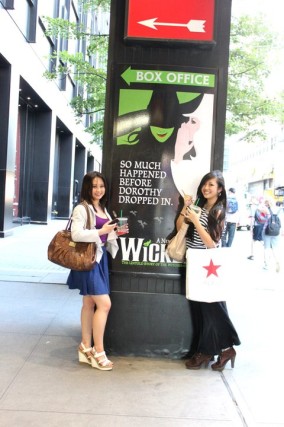 Had dinner in some American restaurant called Thalia, G had Salmon, Big G had Crepes, I had a burger.
….American burgers are epic. I’m never having a beef burger in Singapore again i feel cheated.

Back to Times Square, intended to go for Ripley’s Believe it or not but we ended up shopping and chilling instead because we were so exhausted. Five consecutive days in five inch heels are no joke. 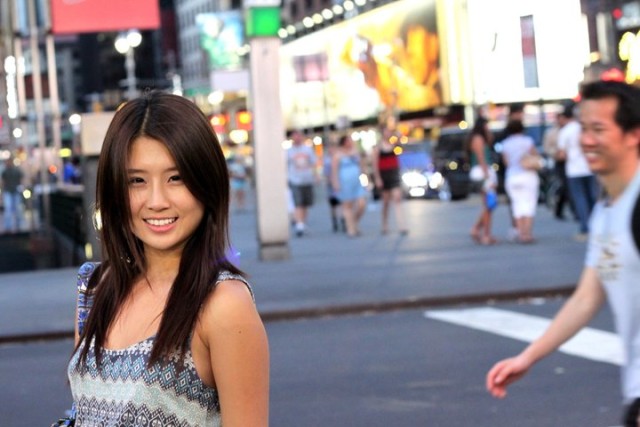 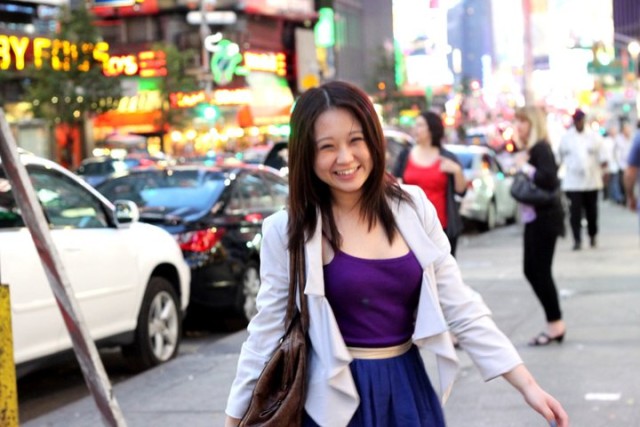 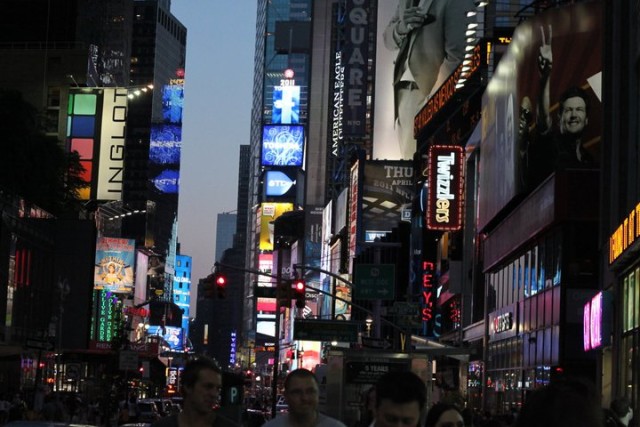 …ok not disneyland. A disney shop. Its two storeys high, i got so excited (even though i didnt see chad dylan cooper) because i love disney i feel like a little kid. 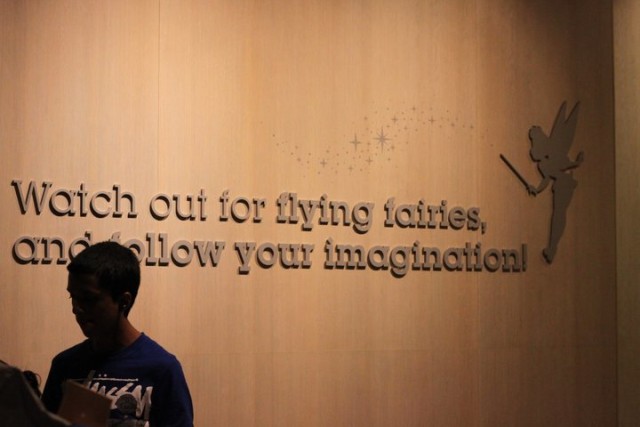 Shot would have been perfect if not for that dude who refused to move. Seriously i stood there for ten whole minutes with my dslr and he was just like, ho hum check out these plushies. 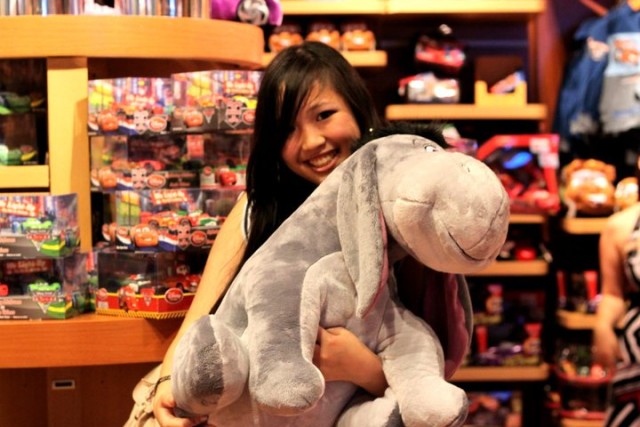 This little guy went home with me. Awwww eeyore <3 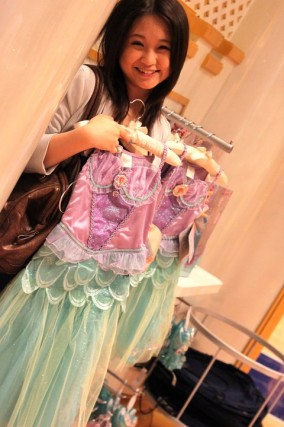 Living her childhood dream of becoming a Disney Princess.

Yeah that’s about it. So tired that we cabbed back, i also experienced my first encounter with America’s freedom of speech today on the subway where this man was shouting and preaching about government conspiracies. “ORGANIC FOOD COMES FROM ANIMAL AND HUMAN ORGANS!!!! WHERE DO YOU THINK THE WORD ORGANIC COMES FROM?? ITS A PLOT TO POISON ALL OF US AND WEAKEN US SO WE CANT RUN WHEN THEY COME FOR US!!!”

Other man on the far side of the subway car: “DUH. Everybody knew that.”

Two days ago, walking in the park, a man came up to us. Konnichiwa, he said, jumped when we replied in English. Ladies and Gentlemen, George and I are officially japanese.

Also this drink is epic. 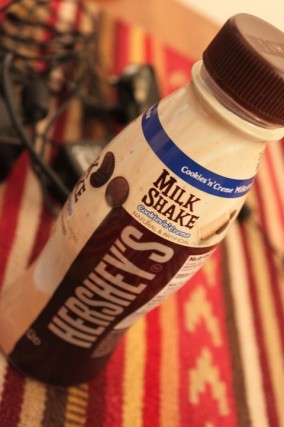