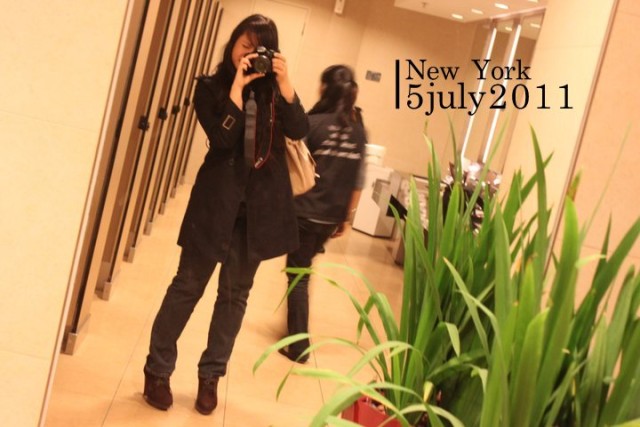 So I’m living in Wall Street, Manhattan, not the Upper East Side, but i couldnt resist. Bet most of you read that title out in your head in the gossip girl voice. Followed by: Gossip Girl here. Your one and only source, into the scandalous lives of Manhattan’s elite Oh, CW tv, look what you’ve done to us. Soon i’ll be referring to my friends by their initials, which will be confusing because i have a lot of friends who start with S…

going to section off this post cos there are too many pictures and ive received complaints that its taking too long to load. Rest of the post after the jump!!

ANYWAY. After over twenty hours of airtime (see what i did there), i’ve finally touched down in New York! I’m a really nauseous flyer, so the flight from Singapore to Hong Kong was horrible for me. HK to New York was surprisingly a lot better though, i went on a total chick flick marathon with the in-flight entertainment: Love and other impossible pursuits (loved it, loved how it was more about closure and answers and other kinds of love other than the romantic) He’s just not into you (hated it, felt like it was demeaning to women) and What Women Want (dont know, we started descending so my movie got cut.)

Thankyou all who came to send me off even though it was so late, so sweet of you guys :’) 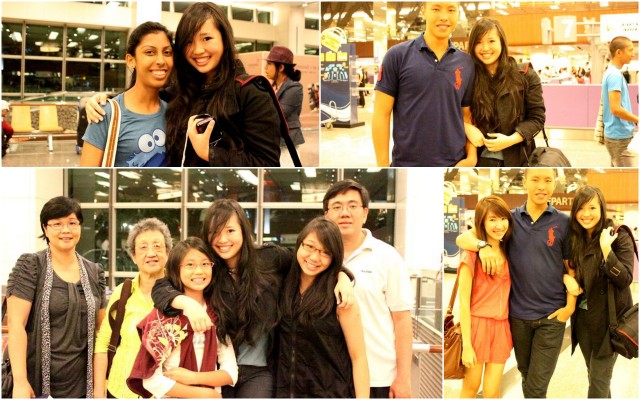 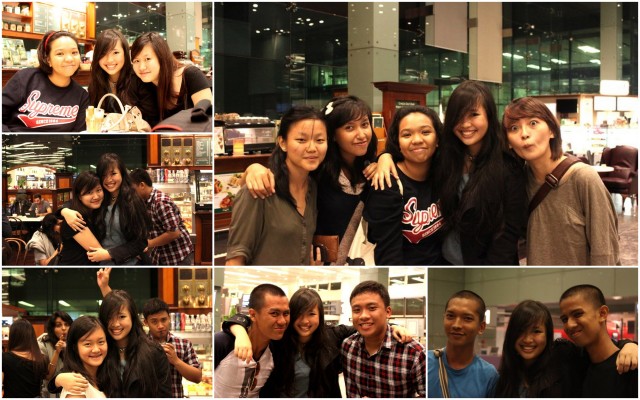 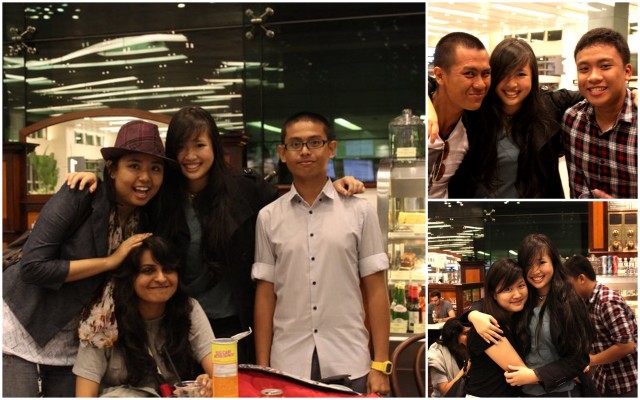 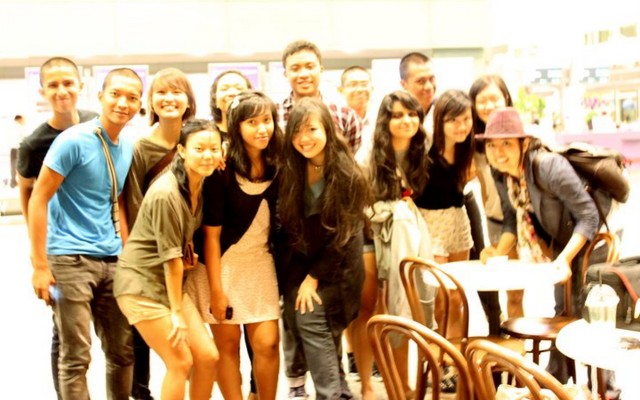 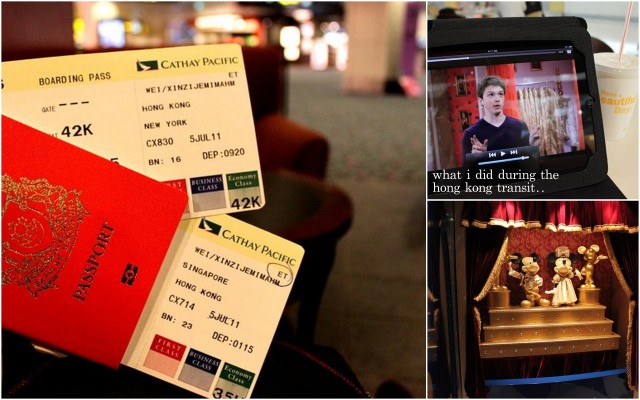 The solo flight to new york was.. interesting.

Firstly, it being my first long haul flight alone (Phuket doesnt count, one hour only), i was hyper paranoid that i would be mugged so i must have looked quite comical clutching my bag with a wild crazed look roaming the airport transit alone.. oh dear.

Secondly, SG–> HK flight saw two very grumpy ladies next to me grumbling about everything including the seat, they requested a change before the plane took off. Score! A whole row to myself!

Thirdly, HK–> NY flight had a really odd man who looked comically paranoid at my taking of flu meds before the plane rose, he took one look at me and requested a change of seats. I say, whatever, more space for my bags so woohoo. I was, however, next to an old Cantonese lady who couldnt speak english nor mandarin, and she needed a lot of help setting up and figuring out her in flight entertainment system. Either she has an inherent fear of air stewardesses, doesnt know how to call the stewardess or i have a very friendly approachable face, because she called on me every few seconds to help her figure out something new.

It was interesting, something new, trying to help/communicate with someone who couldnt speak your language. Strangely humbling, there are so many things we are unable to do once ripped from our speech. 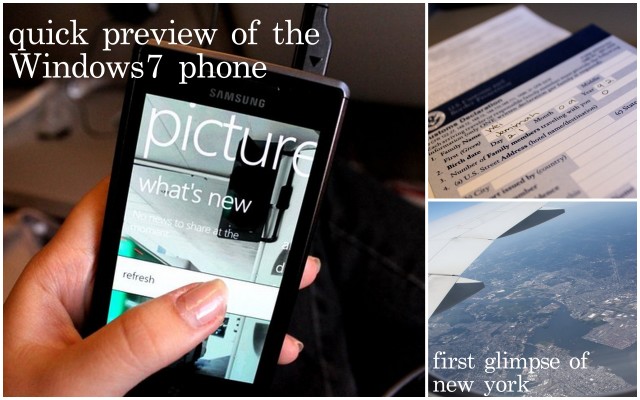 Keith Nakamura from Microsoft came down to the airport to pass me the Windows 7 phone/ for me to sign the release, and here’s a preview of it! Going to get a data phone card tomorrow.

Ashamed to say that the minute the plane started its descent, i crumbled away into a five year old overexcited kid and pressed my nose to the window LOOK!! THOSE CARS LOOK LIKE ANTS!! THOSE BLUE SPOTS ARE SWIMMING POOLS!!
What, give the girl a break. Its my first time in the United States, let alone New York. I’m prone to overexcitement.

Oh yes- i flew Cathay Pacific. It was fantastic- charging ports at each seat to charge your phone/ipad/laptop! In flight entertainment throughout! Häagen-Dazs Ice cream!!!!!

George came to pick me up- we took the airtrain then changed to the subway, and then got lost and decided to just take a cab.

Wasnt tired at all/suffering from jetlag thanks to the intermittent naps took on the flight, but we decided to have a chill first day, so we dumped my stuff at her apartment then went down to the pier. 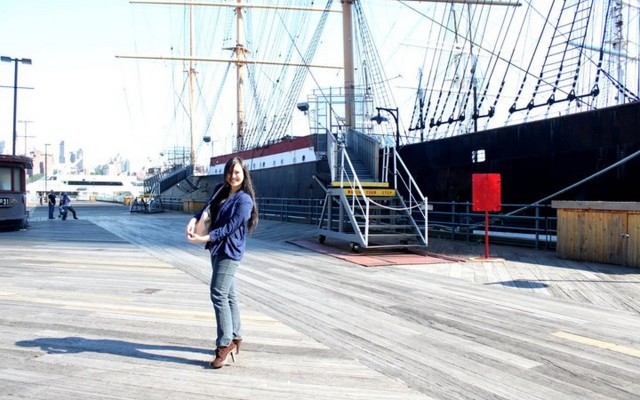 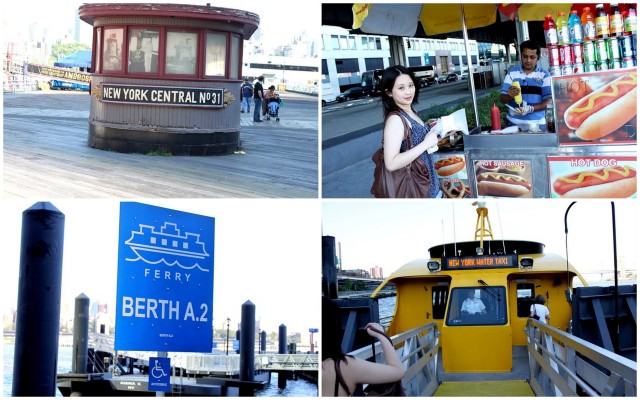 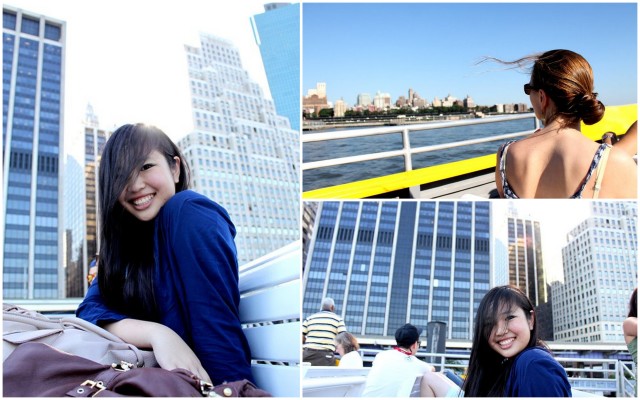 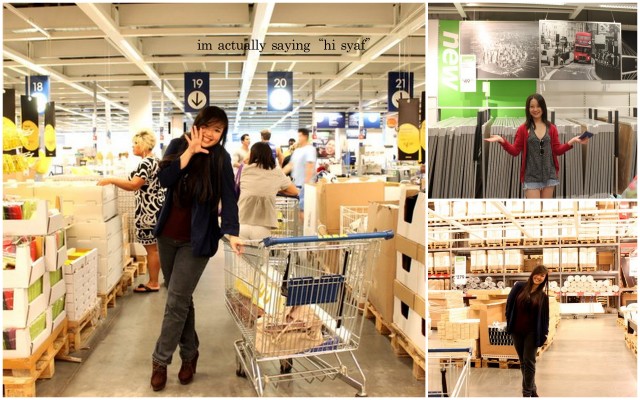 I’m actually saying HI SYAF in that photo with my hand to my face like some korean popstar wannabe. She’s very excited about Ikea, New York, and made me promise to visit it.

Ikea New York is pretty much the same as Ikea Singapore (personally feel SG has more variety) and even has the same layout/floorplan, but the NY meatballs are sooooo much better! 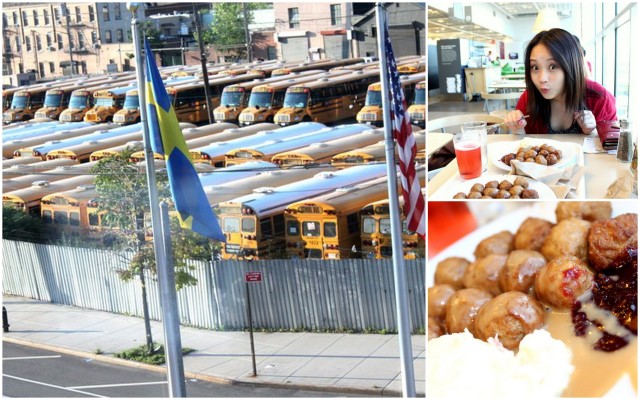 !!! (Breaks into ITS THE MAGIC SCHOOLBUS theme song.) 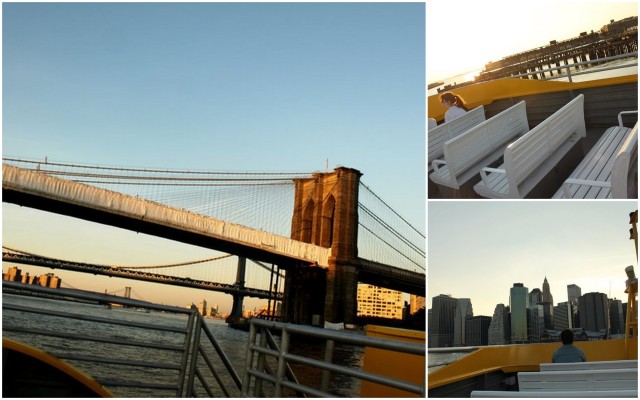 Manhattan is more glassy while Brooklyn has more brickwork. If i make a trip down to brooklyn again i’ll take a picture for you guys.
(For those of you unfamiliar, Manhattan and Brooklyn are different districts in New York.)
The city has so much texture. Even the concrete office buildings are highlighted with gold rods, glass panes, mirror finishing, brickwork details. I feel like i could run a finger over the entire city and revel in the nooks and ridges of it all.

Back to the apartment, set up the room, fixed up the bed and carpet, took a step back.
Took a night walk out again, the doorman smiled and held the revolving doors open as i stepped in, voila! i became Miss Lola from Confessions of a Teenage Drama Queen, i became Mia Thermopolis from the Princess Diaries, i became a character from a novel or movie where lobby doormen open revolving doors for the female characters in New York City. 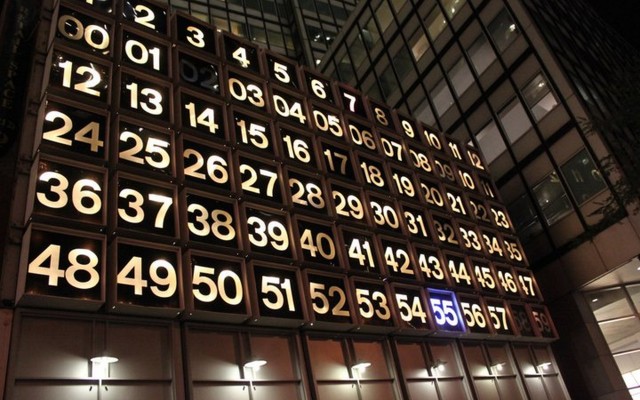 Check it out!
Stopped in the middle of the street and yelled HEY I’VE SEEN THAT ON TUMBLR BEFORE. It’s a really cool clock spanning the side of this building, the numbers light up to indicate the time! 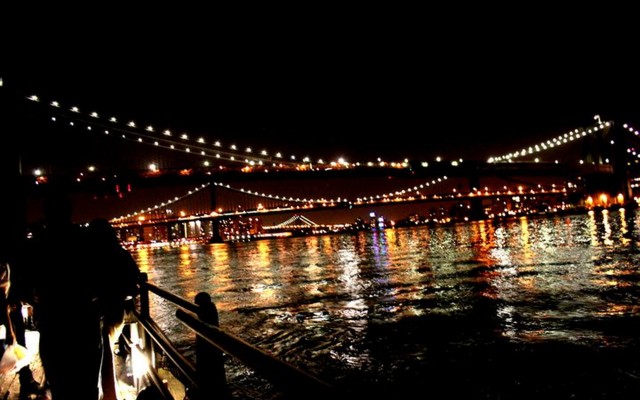 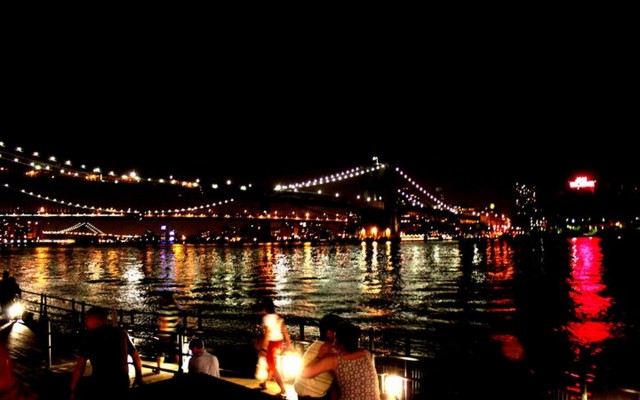 Sitting on the steps of the pier wrapped in the chilly night sea breeze, talking with George till late, looking at the Brooklyn City lights from Pier 17, Manhattan.
So much has changed
Yet
It feels like nothing has

/
Just like old times, staying up and talking about everything, it was like the last year spent on different ends of the earth didnt exist. But at the same time, both of us inherently aware of how much we’ve each changed. She said isnt it amazing that we’re so different from how we each were then but we’re still so close and i replied that’s because we changed together, grew at parallel paces.
Whispered into the night air
I cant believe im in New York City