So, if you’ve been on twitter lately you may have seen this site circulating

Basically, it’s this photoblog where people go around snapping photos of random drunk Singaporeans throwing up or looking really wasted outside clubs at night. Faces aren’t blurred out- i guess the authors assumed that if you’re willing to get drunk enough to throw up in public you probably wouldnt mind being featured on the world wide web… ok no. Anyway, 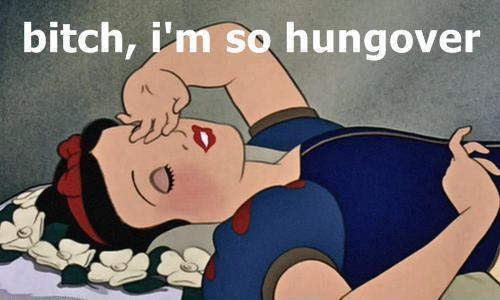 TOP SIX REASONS NOT TO GET REALLY REALLY DRUNK

I LOVE YOU, MOMMY! at four am in the morning is probably not going to seem like you just got hit by an emotional epiphany and decided to express your heartfelt sentimentality. God knows i’ve woken up at the oddest hours to the weirdest texts from my friends either peppered with excessive exclamation marks re: !!!111!!!!1!!1!!!11!!! or all in capital letters YOUR DAD MUST BE A DRUG DEALER YOU KNOW WHY COS YOURE DOPE. Ow. Dont shout. My virtual ears hurt.

Also, your mother is not amused.

is a lie. Remember that time you stained your skirt for the first time when you were thirteen and had to run out of the hall during assembly in front of the whole school? Yeah, so does the rest of the school. Probably with pictorial evidence to prove it. You do not want a slideshow of your really drunk pictures displayed on your wedding day as a surprise from your friends who think it’s funny. You really dont.

Is really bad for your eyes. I’ve read an article before that states how excessive puking actually bursts the blood vessels at the side of your eyes because of the pressure you put them under. (Dont ask me how your stomach is linked to your eyes, my knowledge of biology ends at the secondary school level.) Also, over time if you puke too much, your eyeballs will turn yellow. Which is really attractive… if you have a thing for geckos.

4. Isnt it really expensive to drink till you get really really drunk?

I’m assuming here that noone gets drunk on just one shot of vodka. That’s fifteen dollars a pop at the cheaper places, and say you take five shots we’re talking seventy five dollars. Oh look, a pair of Aldo heels!

*This probably does not apply if you’re a girl and people buy you free drinks
** if you’re a guy then sucks to be you hundred and fifty could buy you a really nice bag.
***just so you know, you’re going to pee out whatever you drink in approximately twelve hours. Hear that flush? Its the flush of your money going down the sewer..

5. You start to pull a Ke$ha and go all go until they kick us out, out.

Why yes, i can jump over that table!
You got that right, mister, i would love to get up and sing in front of the entire pub although i am tone deaf.
What a great idea! A table top dance sounds awesome!
Well, you’re not usually my type, but..
What do you mean i dont look like a girl who can go seven more shots in a row?
This void deck looks like the perfect place to scream out my love for my grandmama!
I’m not drunk, im just trying to walk like Jack Sparrow!

..Well hello there officer, yes im as drunk as a skunk and no i dont wanna leave I DONT WANNA LEAVE WHY I WANT MY MOMMY

Twitter, Facebook and your friend’s blogs not enough? If you get snapped by these guys, there’s no going back. At least you can call up Alice/ Bob/ Dylan/ (insert random friend’s name here) and shout at them for posting your photo online and force them to take it off. I cant even find an email anywhere on the site, let alone a name. Ie. Once your photo goes up, good luck trying to get it down.

On a more serious note, .. seriously. Girls. Please protect yourselves, all the girls who had friends who left them alone at a club and blah di blah next morning they’re pregnant, yeah. They didnt think their friends were that kind either. Take care of yourselves unless you want to be on an episode of Teen Moms which doesnt show in Singapore anyway.

Today, revelling in the new half of the year i:

1. woke up to mum handing me a bottle of Mr Muscle and asking me to clear my table out. It took me four hours, that place is a wasteland. On the other hand- hey! My table top is grey! I never knew that.

2. had a mother-daughter lunch at Yam’s Kitchen, ehub level 4 where Superdog used to be. Since i still have money left over from working, i’m trying to spend it on my family before it disappears forever into the abyss known as my bag and shoes and bag and shoes and bag and shoes fund…. i have no self control.
It served really yummy chinese food though-very thai pan. and the nicest part was, the chef recognised me and specially made a sour plum desert for each of us to try, and it isnt even going to be launched till next month!

So yes, please try out Yam’s Kitchen- its new, the only restaurant in singapore that specialises in fish tail dishes. Also really yummy- i had beef hor fun with black bean sauce and mum had penang seafood kuay teow, we had a fu yong omelette to share.

4. bought two new books: My Friend Leonard /james frey (sequel to a million little pieces) and The time traveller’s wife (read it before, but i really liked it so i wanted to own it.

5. watched monte carlo alone.
Have always wanted to watch a movie alone, really enjoyed the experience of sipping milk tea while giggling at the carefree banter between the characters onscreen. The only thing that slightly annoyed me was a bunch of screaming squealing pre-pubescent girls who started gasping very loudly in surprise whenever certain scenes happened eg. Selena and Selena doppelgänger narrowly missing each other- HELLO, DID YOU NOT WATCH THE TRAILER?! THIS IS THE EXACT SAME SCENE SHOWN IN THE TRAILER!

It was, however, the perfect going-away show. Even though it’s not a Disney production, it’s very similar in the whole be spontaneous! Go somewhere else! Become a whole new you! Adventure is … wait for it.. OUT THERE!!

Now i really cant wait to go to New York.

And then, i wonder if it matters at all.